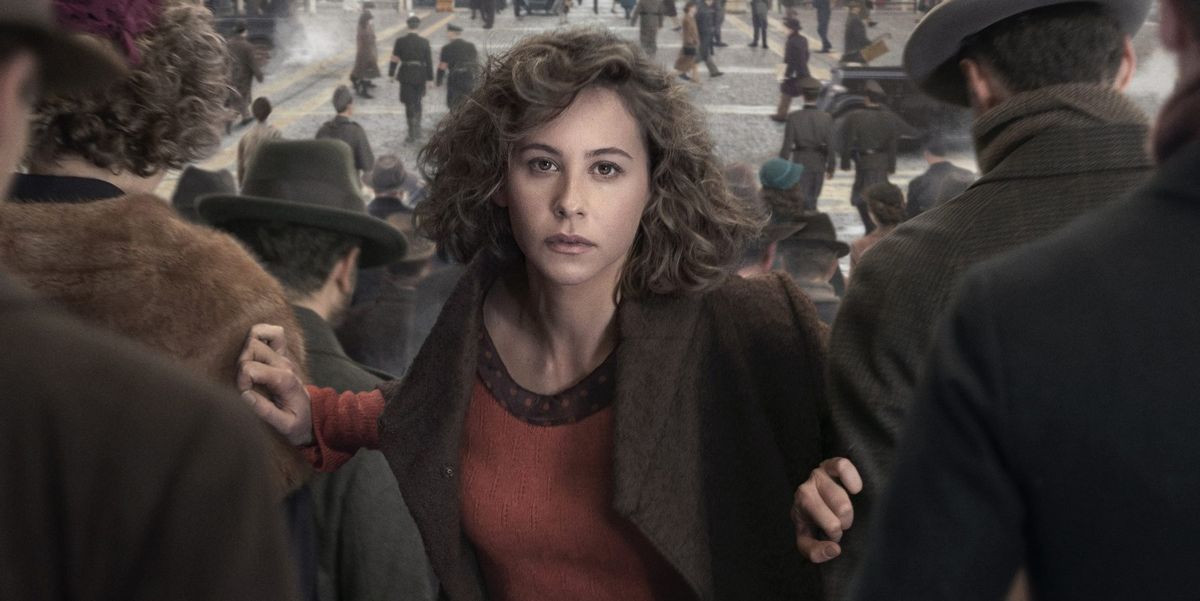 Tell Me Who I Am is a Spanish historical drama TV series. Also known as Dime Quién Soy, the series is created by José Manuel Lorenzo and Eduard Cortés. It was originally premiered on Movistar+ on December 4, 2020. The series is based on the novel of the same name by the author Julia Navarro. It is directed by Eduard Cortés with the screenplay being penned by Piti Español. The series encompasses a series of 20th-century events, from the Spanish Civil War, World War II, and the Cold War. It follows the story of Amelia Garayoa. She leads a life full of adventure as she traverses through historical periods and events as an international spy.

The series was released first on December 4, 2020, on Movistar+ in Spain. The first three episodes were initially premiered at the 2020 San Sebastián International Film Festival on September 21, 2020. As Movistar Plus’ first US co-production, it was eventually sold to HBO Latin America by Beta Film. The series has garnered largely positive reviews for the acting performances and production. It is full of romance, intrigue, and thrill. The acting is great, especially by Irene Escolar as Amelia Garayoa. With a tremendous production value and talented cast of actors, Tell Me Who I Am is extremely binge-worthy. We take a part in the journey through some of the 20th century’s major historical events through the eyes of Amelia.

Still from Tell Me Who I Am.

Tell Me Who I Am — Plot Synopsis

The series starts in Madrid, 1998. We meet a 30-something Javier. He is an internet journalist and a successful publisher. One day, a man by the name of Albert James comes to him and leaves a voluminous biography on his desk. The biography contains the story of his great-grandmother, Amelia Garayoa. Her adventurous and tumultuous journey of espionage over multiple decades of the 20th century. We discover how Amelia left her husband and son behind as she fled Spain because of the Spanish Civil War.

Javier is tasked by her aunt to find out about her great-grandmother Amelia Garayoa. Javier learns about her through the voluminous biography. Amelia’s decades-spanning journey through major historical events started in 1934. We learn that she was forced into marriage and then her newborn baby was taken from her. Later, she encounters Pierre and falls for him. Pierre is a charismatic young man who happens to be a French journalist. He’s also a revolutionary. Due to her love for Pierre and adventure, Amelia decides to accompany him to Buenos Aires. They reach Buenos Aires, where she is taken by an opera diva Carla Alessandrini under her wing. Carla eventually becomes Amelia’s surrogate mother and best friend. We follow Amelia’s lifelong adventurous journey as a spy through politics, love, and more.

Amelia’s Origins and Fleeing from Spain

The story begins in 1998, with a publisher and a journalist in Madrid. He receives a thick manuscript — a biography from a British Journalist. We then jump to Madrid in 1934. This is the pre-Civil War period and Spain is witnessing a lot of instability. The government is crumbling with different people from different ideologies protesting out in the streets. We then meet Amelia. She belongs to an affluent family. Her father is a rich man, an owner of a factory. However, the chaos has gotten to them too. His factory is shut down by the Nazis. It was their main source of income so the condition has really gotten bad. Amelia wants to help her father, which eventually leads to her agreeing to marry Santiago. He’s the son of her father’s business associate.

Amelia is established as an empathetic person who always wants to help others. This very nature of hers leads her to meet Pierre. He is a French communist revolutionary. His notions and ideas about fighting people’s rights and freedom really resonate with Amelia. Her affinity for Pierre turns into love and she falls for him. Consequently, she runs away with Pierre to Buenos Aires, abandoning her husband and baby Javier.

It is 1936 and Amelia meets the famous Italian opera diva Carla Alessandrini in Buenos Aires. She also meets with a German military officer Max Von Schumann. She soon becomes close to these two. They come to play significant roles in her life later on. In 1939, she is back in Madrid, where she sees the destructive after-effects of the Spanish Civil War. After some time, she leaves Spain to go to Berlin. There, she meets a journalist, Albert James (the one who leaves her biography at Javier’s desk in the present day). Albert’s uncle is a British Intelligence member in London. He enlists Amelia’s help for espionage. And so begins Amelia’s life as a spy. 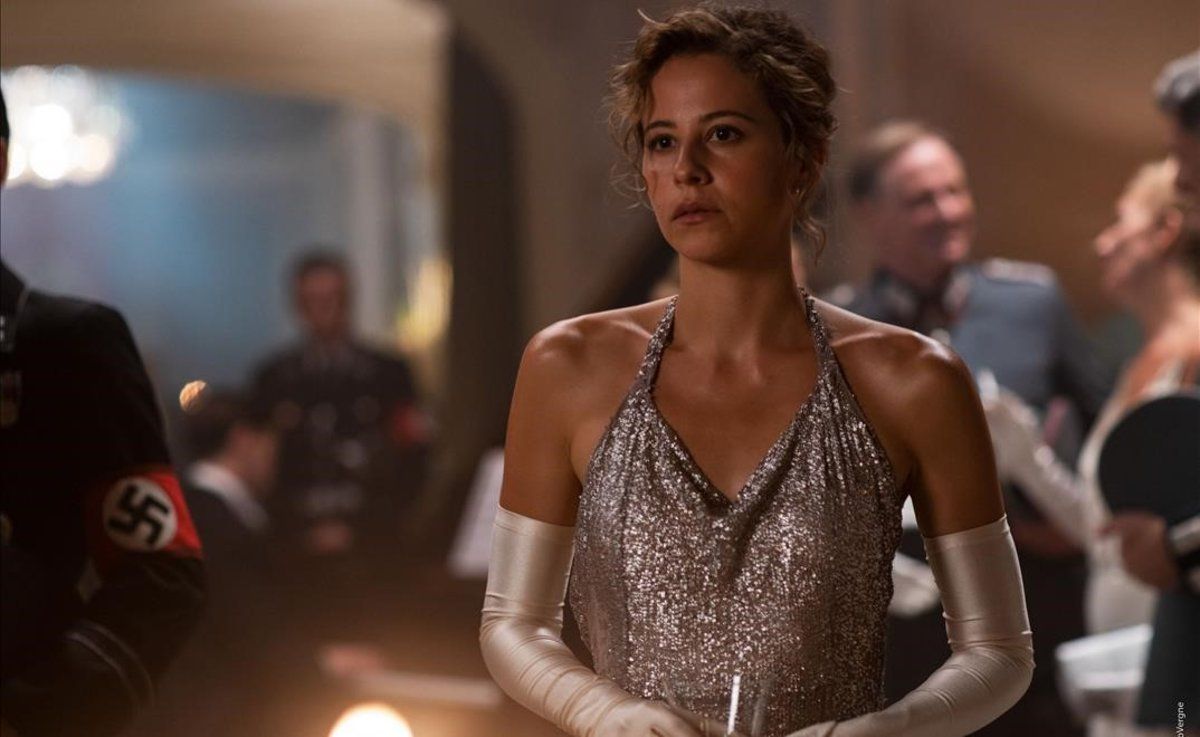 Irene Escolar in Tell Me Who I Am.

Her dangerous life of espionage begins and she’s thrust into one hazardous event after another. During World War II, she goes through Krakow and then Warsaw and then finally to Mussolini’s Italy. Her life throughout these dangerous journeys is both perilous and painstaking. She finds herself alone, and any encounter with familiar faces ends in tragedy. In 1961, Amelia finally settled down in Germany as a civil servant in the Ministry of Foreign Affairs in the German Democratic Republic. But her grief and regrets are not settled. She has lived an adventurous life but now she laments over the lives that got ruined because of her. In the end, we see her finally reuniting with her son Javier in 1998.

About The Tell Me Who I Am Novel

Tell Me Who I Am is a Spanish historical novel by the best-selling author Julia Navarro. It was published in 2010 by the Plaza & Janés. The premise of the novel involves giving a peek into major important events throughout the 20th century. The story ventures into different decades of historical events from the Spanish Civil War to the fall of the Berlin Wall. It spans multiple decades from World War II to the Cold War.

The story of the novel follows a journalist from Madrid, Javier. He receives a proposal from a wealthy woman to investigate the mysterious life of his great-grandmother, Amelia Garayoa. She is mostly known to be a woman who fled Spain with a French communist, leaving her husband and her son Javier. The story goes that she abandoned her husband Santiago Carranza and son Javier before the Spanish Civil War. However, nobody knows of the incredible adventurous life of espionage. It then follows her exciting and intriguing life going through political upheavals, personal battles, and her love-life.

The Scale of Tell Me Who I Am Is Massive

The protagonist Amelia Garayoa is played by Irene Escolar. She is a Spanish Academy Goya Award-winning actor. Her character is plunged into espionage inadvertently going through some of the most important historical events of the century. She journeys through events like Franco’s rose to power in Spain, Warsaw’s ghettos, and the final years of Mussolini’s Rome. Her experiences also include the decline of Nazi Germany in occupied Athens. The series is mostly shot at real historical sites. According to some reports, some of the cast and crew had to travel to up to 300 locations spanning 9 countries. The countries it was shot in include Spain, Greece, France, Russia, England, Italy, Argentina, Poland, and Germany. The series is quite a massive production with a cast of about 160 actors and more than 3000 extras. 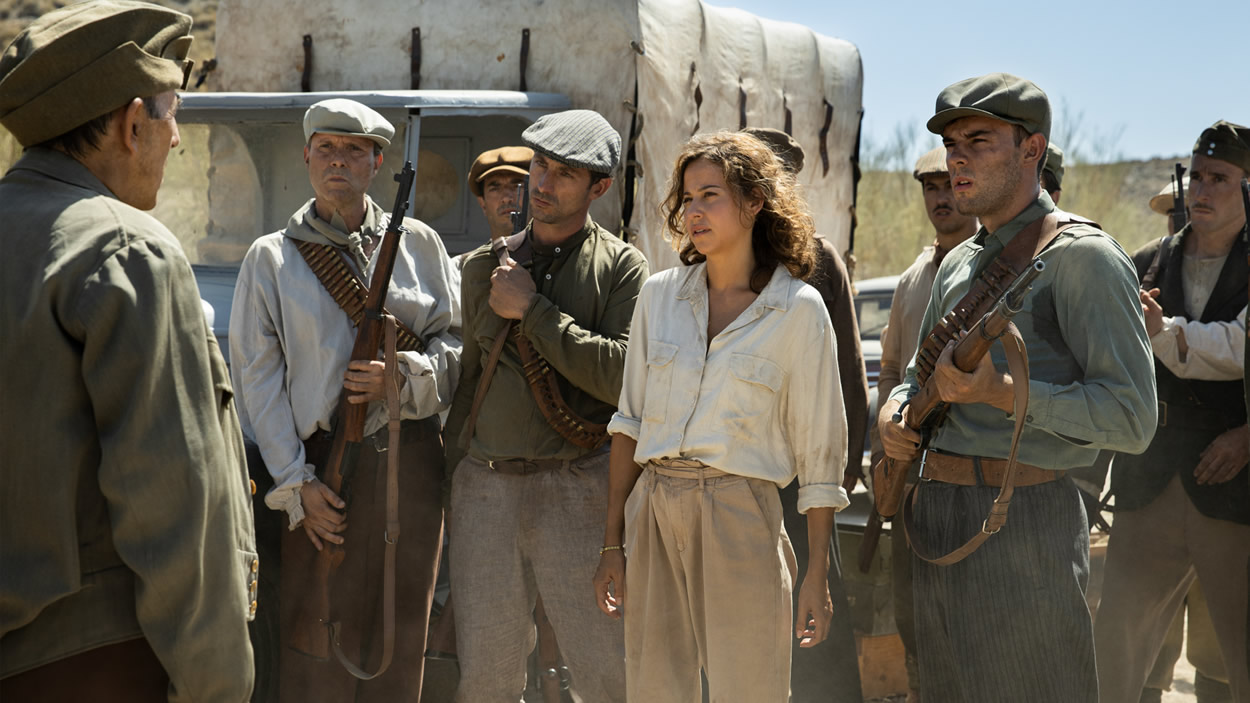 Still from Tell Me Who I Am.

The production value on this one is absolutely massive. The includes about 160 characters and approximately 3000 extras. It’s beautiful to look at with a talented cast that gives stellar performances. The story hits different beats and hits them properly. It has love with tragic endings, adventure with grave dangers, and intrigue with a fair bit of grief and reflection. It keeps you hooked as you find it difficult to look away. The costume design, production value, and acting are some of the major positives of the movie.

The series is an ambitious historical drama. And it delivers on those great ambitions it has set for itself. The story spans multiple decades of the 20th century. All of the different periods and the word corresponding to those periods are depicted very efficiently. The language used by characters from different nationalities is different. This gives the series much more credence and believability. It also helps the grandeur of the story that jumps across the globe. But with all the major political events that serve as the backdrop to the story, it is also a thrilling spy story. Also, it’s a story about love, intrigue, and regret, grief, and personal battles, just as much as the external battles.

Tell Me Who I Am is a highly produced historical drama full of thrilling espionage. I rate it a 4 out of 5.