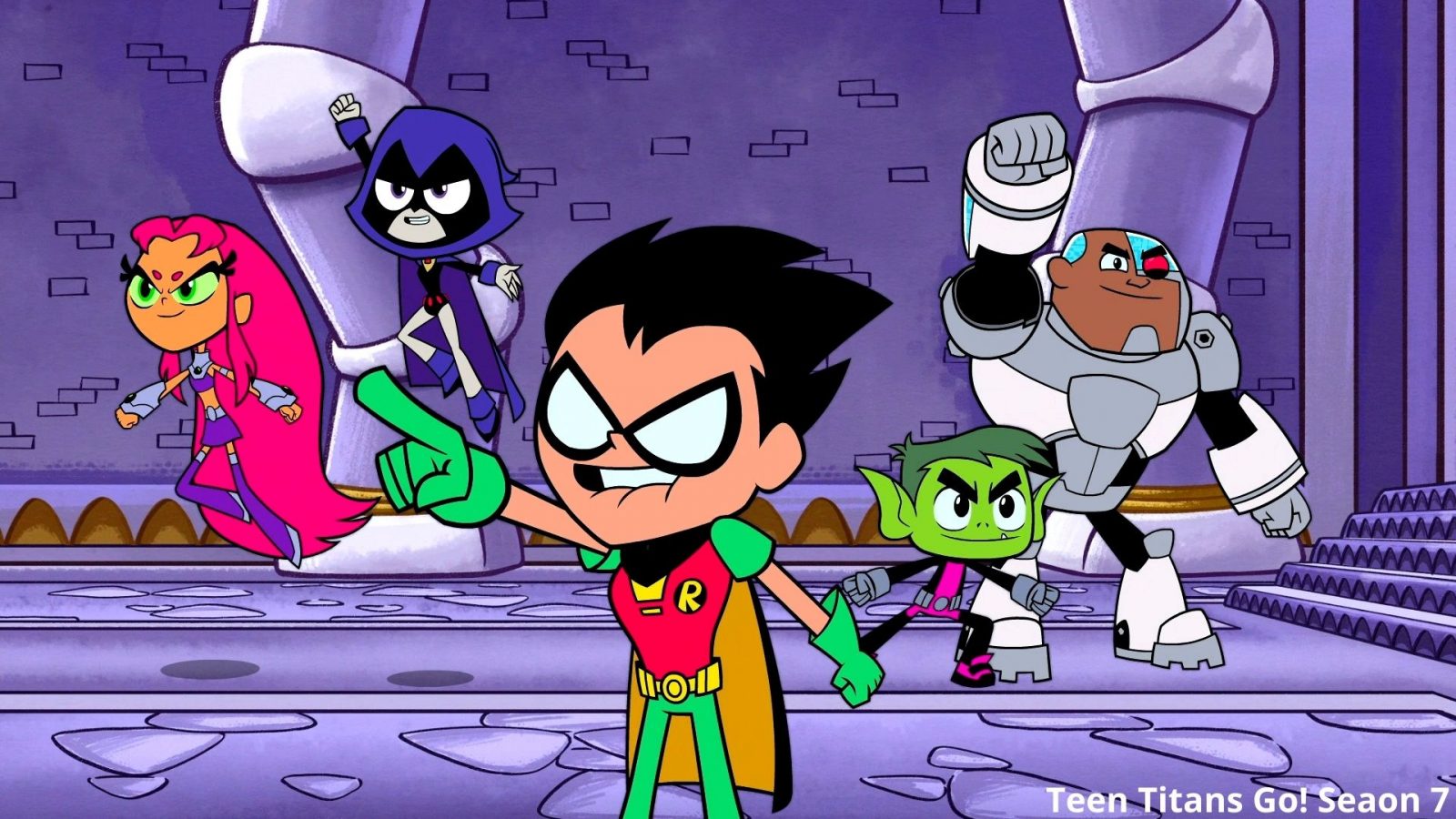 Teen Titans Go! Season 7 Episode 19 is the next to arrive in this season, and the fans cannot wait any longer. The American animated television series has been going strong throughout its run. It has kept the viewers hooked up to it with its great storylines. In addition to that, the series features one of the most famous characters from DC comics. The cartoon series follows the comedy genre and is based on the comic series Teen Titans from DC. That is also one of the main reasons why this animated series is such a big hit. However, what is even more interesting is that it is not only watched by kids but adults as well. Such is the capability of Teen Titans Go! that attracts every age of viewers towards it. The well-known American writers and animators named Aaron Horvath and Michael Jelenic have developed the series.

In addition to that, the two writers have had the roles of producers from Season 1 to Season 3. Furthermore, they have also been working as executive producers on the show starting from Season 4. However, there have been other producers and executive producers for the series as well. The series has garnered a huge fanbase since it first premiered on 23rd April 2013. It is a spin-off to the original series titled “Teen Titans” that ran between the years 2003 to 2006. However, it serves almost no continuity to the original one. That series was also a big hit and is still counted among the most popular shows on Cartoon Network. That is why the spin-off had a lot to live up to. But it has been doing amazing, which is why we have come all the way to the release of Teen Titans Go! Season 7 Episode 19. 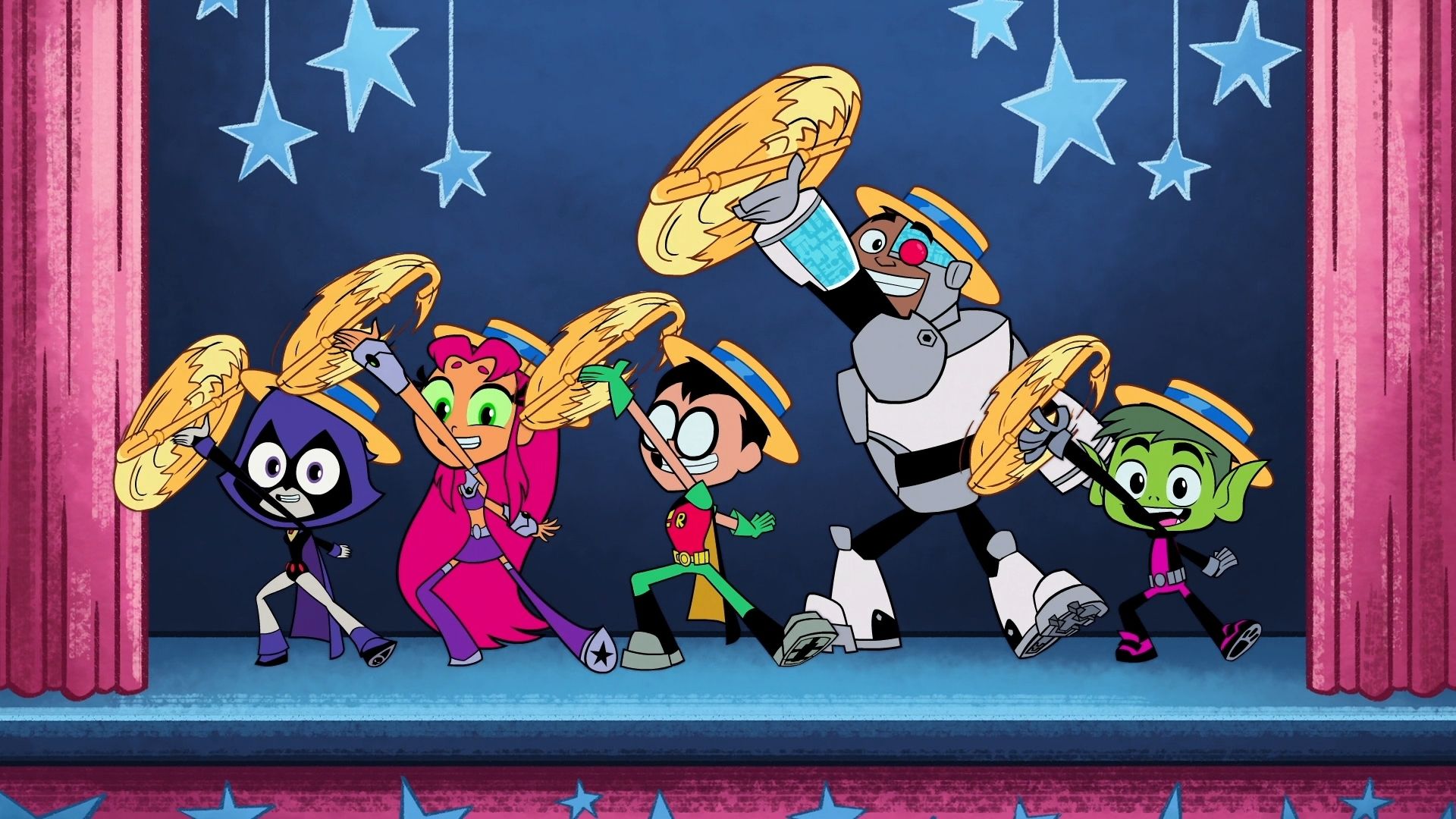 Episode 18 of Teen Titans Go! Season 7 was released on 11th September 2021. Furthermore, the episode was titled “EEbows” and went live at 7:30 pm as per Eastern Time on the globally popular American television network Cartoon Network. The episode opens up with Robin running around in excitement, telling everyone that he has a superpower. He pinches his elbow skin and says that it does not hurt him. Although, the rest of the Titans tell him that everyone has it, and it’s nothing new. Then they all decide to do a pinching party.

But Raven warns them not to do it as the EEbows will not like it. She gives that part of the elbow this term and tells everyone to stop, but they do not listen to her and keep pinching each others’ EEbows. Suddenly Robin’s EEbows detaches itself from his arm and shouts at all of them in anger. Sounds funny right? Well, it looks funny too if you watch it yourself and trust me, I watched it myself and had a good laugh. 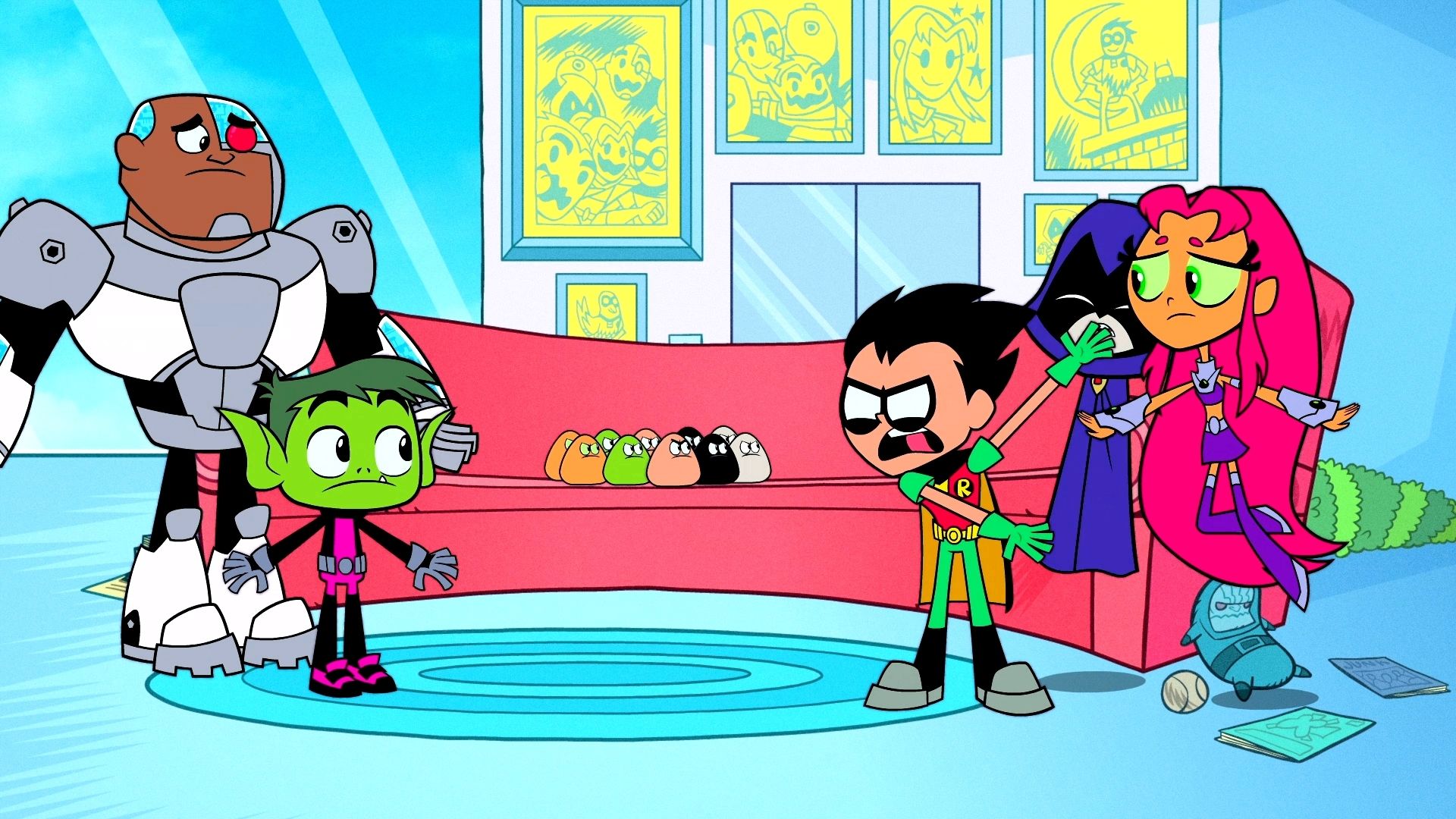 A still from Season 7 Episode 18

Robin’s EEbow tells the Titans that they are not a pinching toy and they should stop. But they ignore him, which is when he shouts and sends out a command to all the other EEbows. The rest of the EEbows from the Titans’ arms also comes out as well. Now, they are left with no EEbows, and the EEbows decide to leave them. Meanwhile, Titans do not look that much bothered, especially Robin as he says they do not need EEbows. However, they soon realize what mistake they have committed by letting the EEbows go away when they all find themselves not able to bend their arms. Small tasks like drinking water, eating food and other tasks become have impossible to do now.

Where Did The “EEBows” Go? Did Teen Titans Bring Them Back?

Teen Titans head to the city to find the EEbows after realizing how tough it is to live without them. However, Robin’s EEbow has gathered up the other EEbows and calls all the other EEbows from around the world to form an army. All the EEbows detach from the humans, and everything turns into chaos all around. The Titans decide to fight them, but they are a lot in number and dominate them. However, things get more serious when all the EEbows merge and turn into a giant EEbow monster. That EEbow monster then bends the entire reality and creates a new reality where the EEbows live and rule. 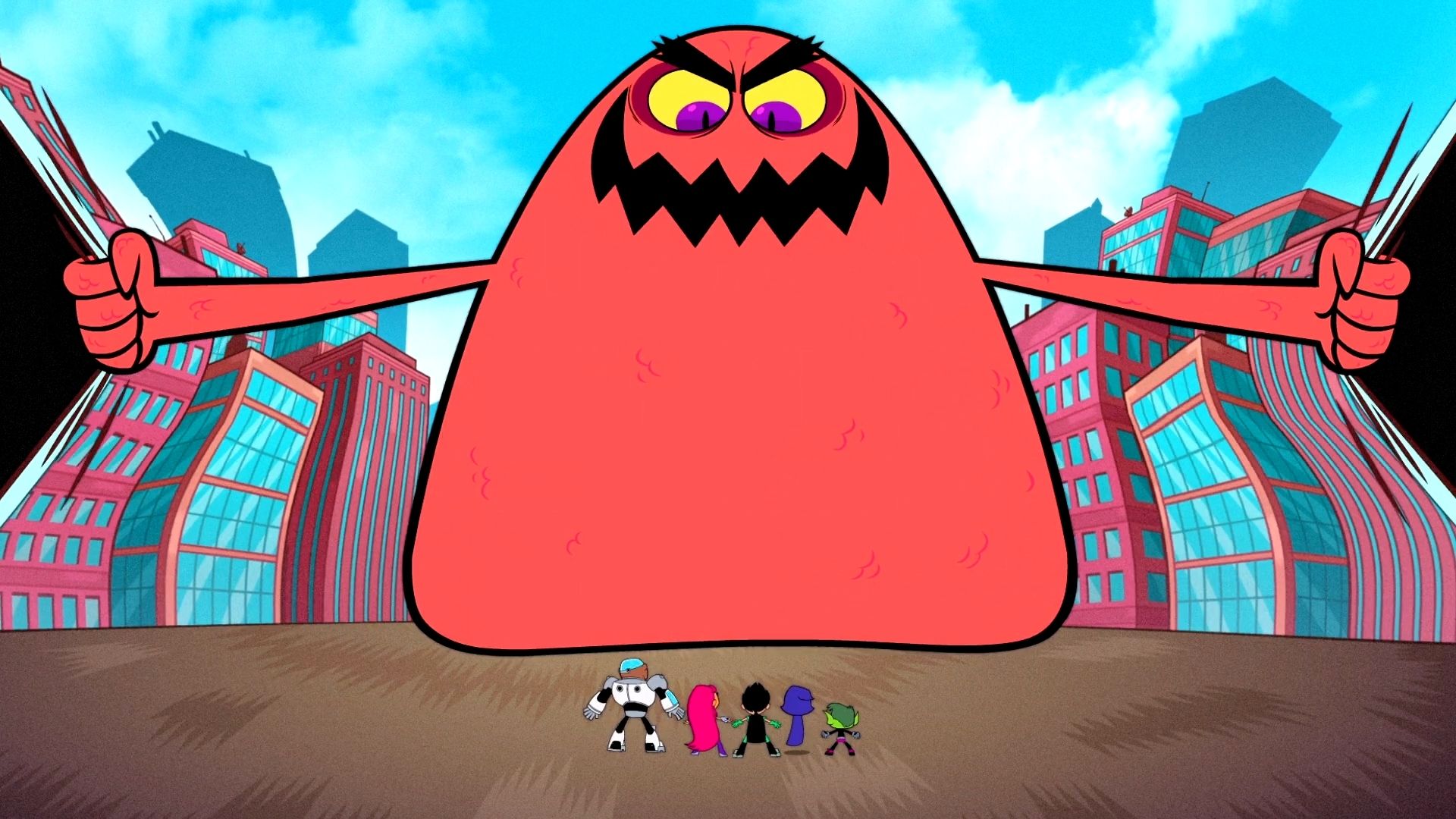 Raven uses her power to protect the Teen Titans, and they arrive in the new EEbow reality. Soon they are captured by the EEbows for disrespecting them and are taken to the high council of EEbows. There we see Robin’s EEbow as the main council head and the other EEbow council members besides him. They punish the Titans and tell them to bend again and again. However, the ruler EEbow laughs when Robin spills water over his face while trying to drink water.

Raven realizes the weakness of EEbows is laughing, and the Titans start to make the EEbows laugh. They soon manage to crack the funny bones in the EEbows, and the EEbows accept their defeat. EEbows ask what the Titans want in order to stop making them laugh. Soon everything goes to normal, and the reality is turned back to normal. In the end, Teen Titans realize what the smallest of things can mean in life and why we should never underestimate them.

Teen Titans Go! Season 7 Episode 19 will release on 18th September 2021 and will be titled “Batman’s Birthday Gift”. The next episode is going to be worth the wait as it might feature the most popular character of all time from the comics. Yes, Episode 19 will most probably give a look at Batman, as the title of the episode suggests. However, there can also be a case that Teen Titans might get in all sorts of trouble while finding a perfect gift for Batman. Therefore there can be a possibility that the episode focuses on Batman’s gift rather than Batman himself. 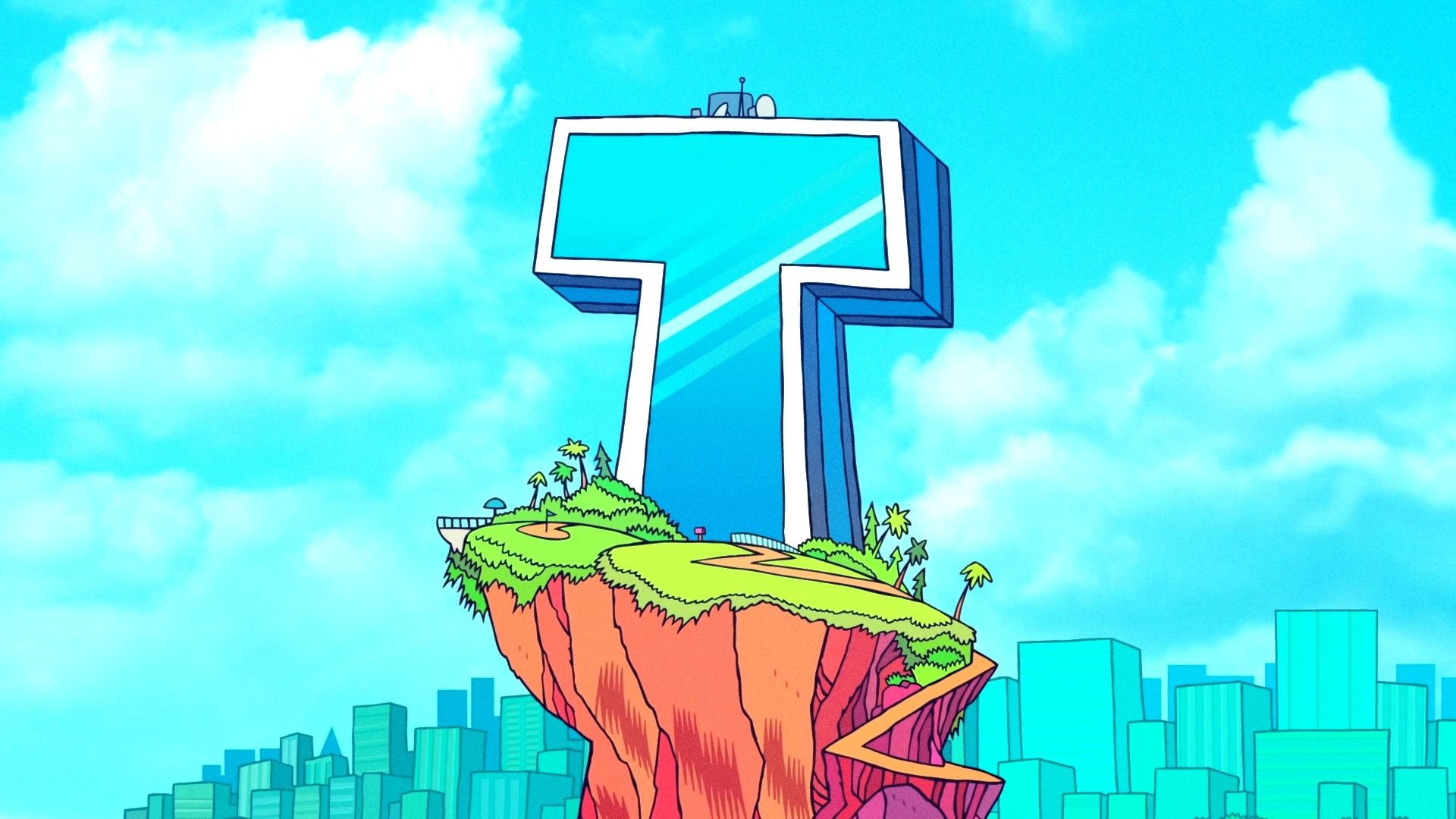 Whatever is the case, there is the guarantee that it will be another comedy-filled episode with a lesson at the end. The episode will drop at 7:30 pm as per Eastern Time on Cartoon Network. So if you want to find out what happens in the episode, stay tuned for it. Other than that, the viewers wanting to stream the rest of the season can head to the streaming services in their regions. Teen Titans Go! is available to stream on Amazon Prime Video as well as Netflix. Moreover, fans can watch the show on Hulu as well.