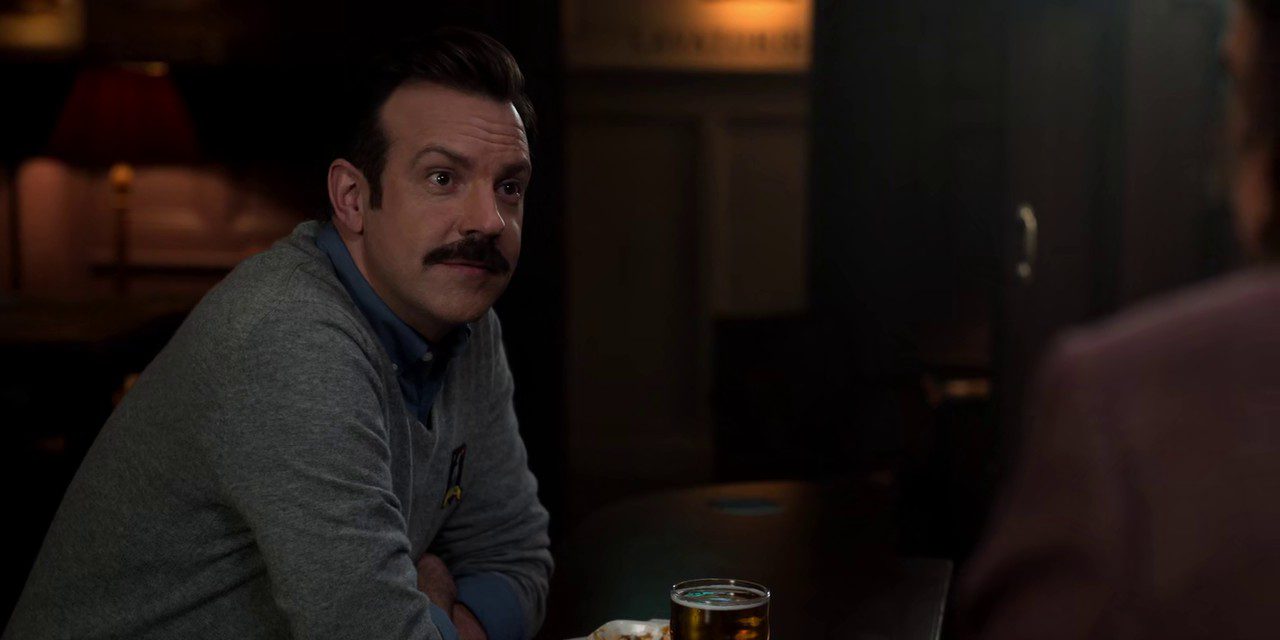 Ted Lasso Season 2 Episode 8 may be starting of Ted finally opening up to his therapist and all the problems he is going through. Pretty much like what happened between Roy and Keeley in the recent episode. Well, the show has almost every other character in the mess right now. It’s almost like everyone is fighting something. For starters, Rebecca and Sam are tangled in a love chat and pretty much enjoying. But Rebecca is too afraid to meet him face to face. Plus bigger mess is both don’t know about each other. Then Nathan has become quite popular but at the same time went a little rude with his own.

Amidst all of this was Ted, who was required to approach Sharon for therapy sessions. What went wrong here is first of all, he didn’t want to open up. Then he tried to cover his sadness with all the jokes he had in the arsenal. Lastly, he went all out to insult Sharon’s profession. Sharon on her side saw Ted in trouble and took it all. In the end, she made him understand the best way possible, and now Ted might be starting to believe in this process. Here is everything you need to know about what is happening lately on Ted Lasso Season 2.

Previously on Ted Lasso, we opened up with what a regular day of Roy and Keeley together looks like. Nate is obsessed with social media praising him and calling him the Wonder Kid for the last-minute decisions he made last game. Ted, on the other hand, decides to take a shot at therapy. He spent the first 10 minutes messing around with his jokes about the office of Sharon. She, on the other hand, realizes what he is going through. When she pops the question about last night, Ted says he is not ready and leaves. 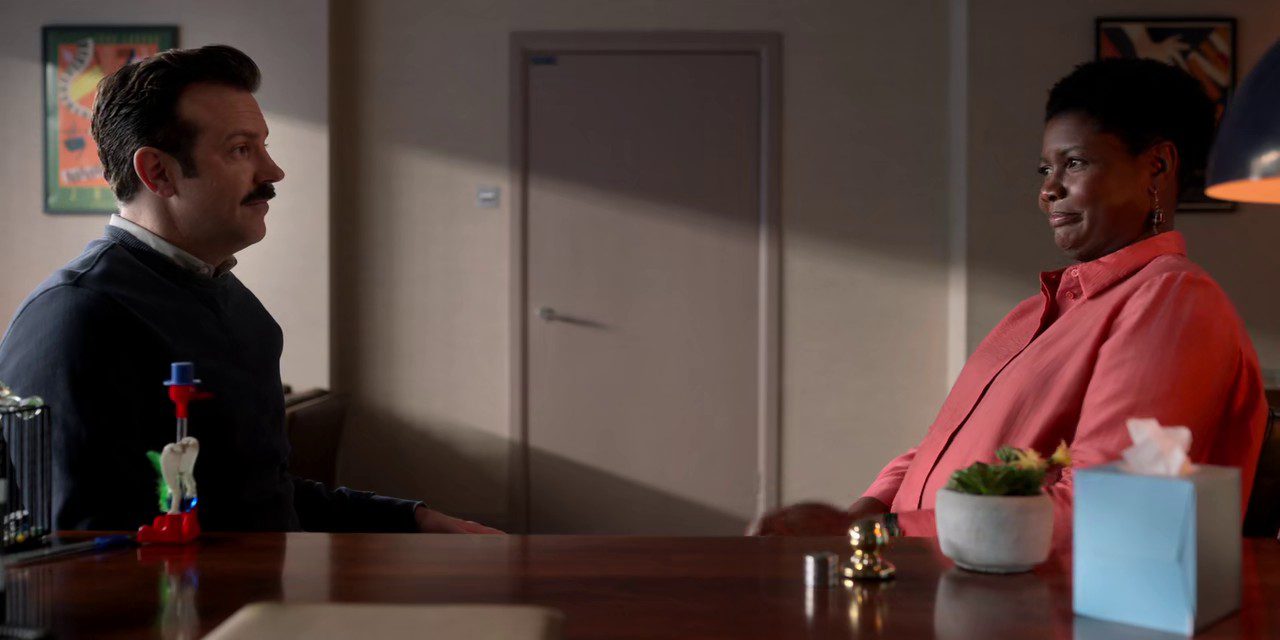 Next, we see the coaches training the kids while the players take a dig at Wonder Kid. Nathan chooses the strong ones and leaves Colin out. Sam is looking towards and waiting for his mystery girl to reply. On the other side, Rebecca worries about replying to him back. The fact that he may not be happy after knowing who is she. As Keeley comforts her, she comes out with how having Roy 24 hrs now has become difficult. Roy realizes they may be talking about him, but he ignores them.

The next time Ted enters the session with Sharon, it goes more worse as he leaves after insulting her profession. Rebecca later comes across Sam, and there are awkward vibes all around. Colin later asks Nathan why he was left out, and Nathan ends up being rude to him. The entire group later comes inside the shoe room. Slowly it starts filling in as Keeley confesses she needs some space from Roy until he himself intervenes. But he still doesn’t know what they were talking about. 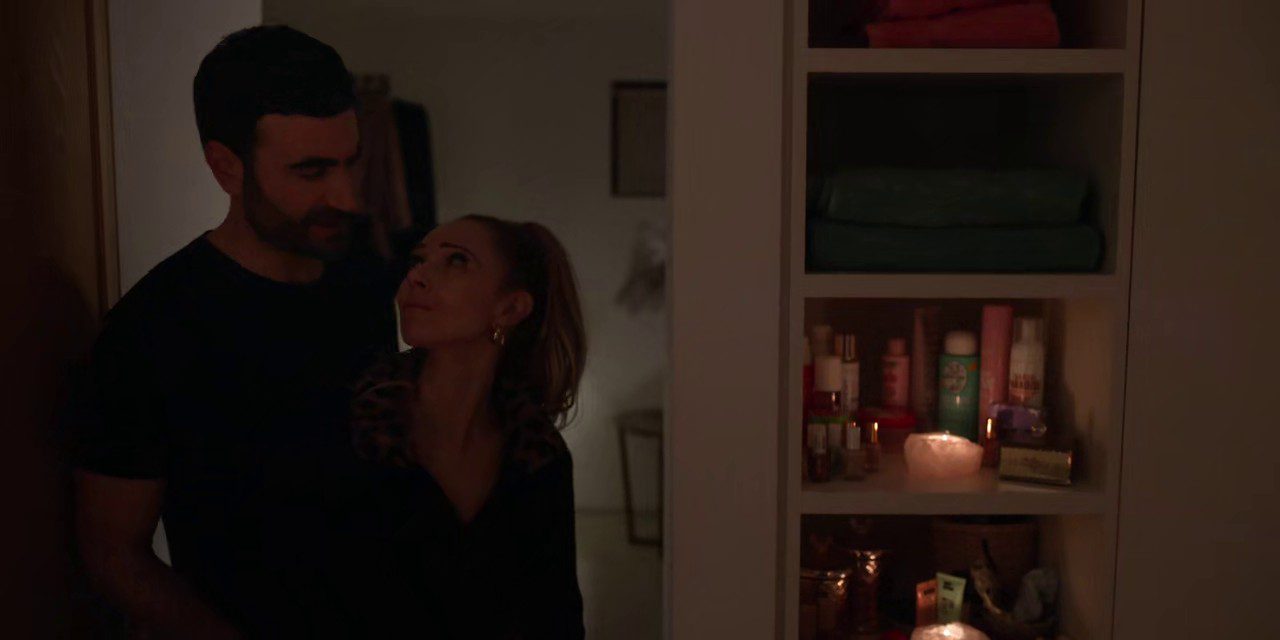 Soon at night, Keeley bursts and confesses to Roy about him being around all the time. Roy is disappointed and leaves. The next time Ted enters the session with Sharon, she teaches him a lesson for insulting her profession. She helps him by comparing her profession as a therapist to him as a coach. Similarly, Coach Beard teaches Nathan as well, who later apologizes to Colin on the field.

The episode comes to a close, Roy realizing all Keeley needs is space. That after looking at a game of his players. He later surprises his girl, and they reconcile.  Trent Rimm interviews Lasso at a Bar. Nathan gets a lot of love online, but one single insult worries him.

Ted Lasso Season 2 Episode 8 might mark the actual beginning of the real talk with Sharon in the therapy sessions. There is a lot of opening up that may follow up for our titular character. Apart from that, well Nathan enjoyed a lot of praise in the previous episode. The praise did get all to his head, but that’s what about the criticism. The recent episode literally closed with him probably not taking it in a great way. Will that affect his work? Lastly, how long can Rebecca keep her identity secret from Sam? Will he find out that she is the girl he has been texting? We will see it all in Ted Lasso Season 2 Episode 8.