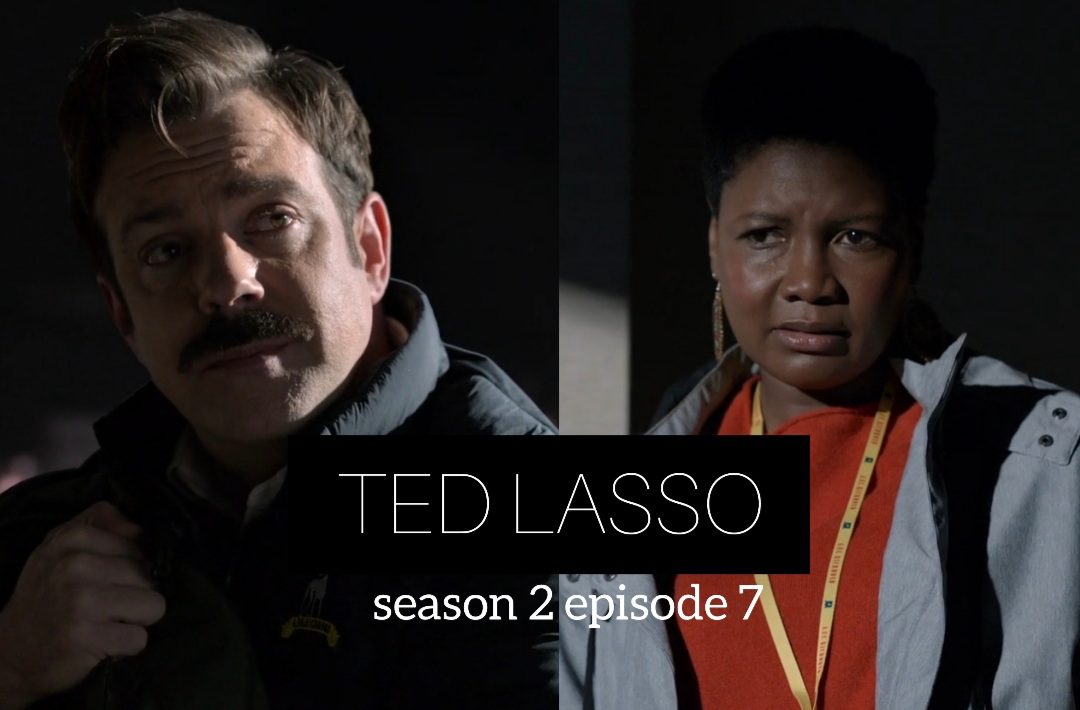 Ted Lasso Season 2 Episode 7 will see our beloved cowboy coach finally relenting and seeking professional help to contend with his personal demons that have started to take a heavy toll on his health lately. Richmond has come quite a distance ever since the jolly coach joined in. Ted’s condition has been deteriorating, making him bailout of the FA Cup semi-finals. In his absence, Nate took charge and led the team to victory. In episode 6, we got to see Jamie follow Roy’s advice and resurfacing his old self again.

Meanwhile, we met a new character — Rebecca’s mom. Rebecca is living the online hook-up life, unaware of who the mysterious guy she’s been flirting with really is. Higgins expressed some of his concerns regarding Jane to Beard. Episode 6 left us with a cliffhanger that we can expect to resolve in episode 7 of Ted Lasso season 2. This article contains spoilers for episodes 6 and 7. Proceed with caution! 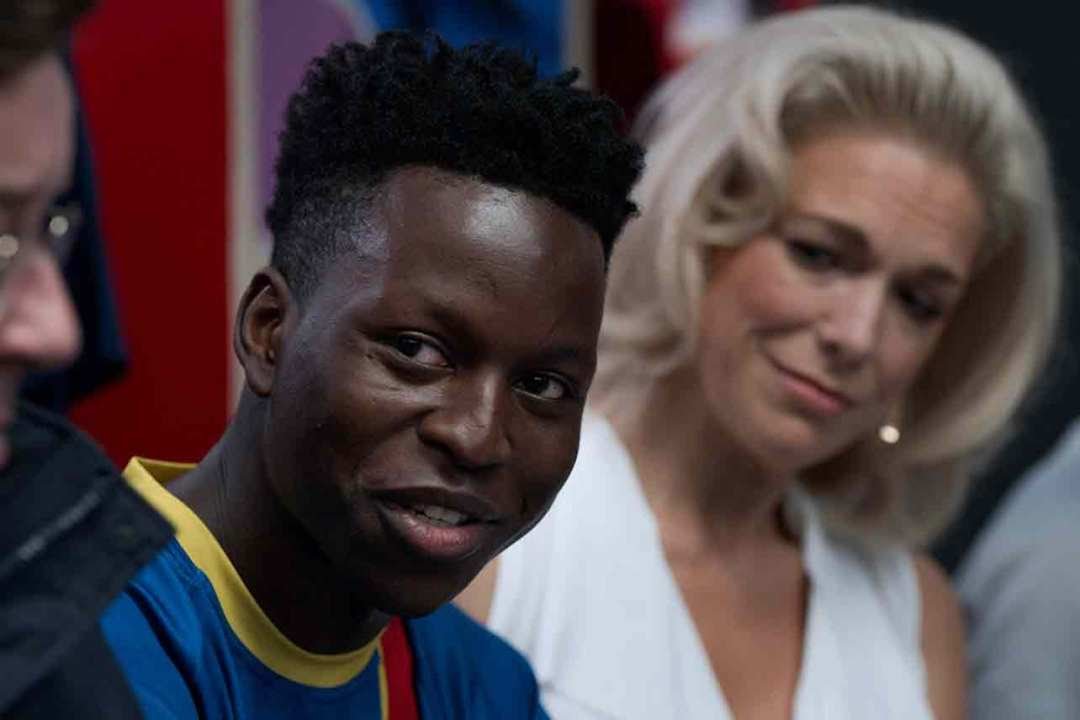 Rebecca and Sam are still unaware of each other’s Bantr identities.

Ted Lasso season 2 episode 7 is set to release on September 3, 2021. You can catch the episode when it drops on Apple TV+ at 3 am ET. Season 2 is going to run for 12 episodes in total, with the finale dropping on October 8, 2021. New episodes of Ted Lasso release every Friday on Apple TV+. 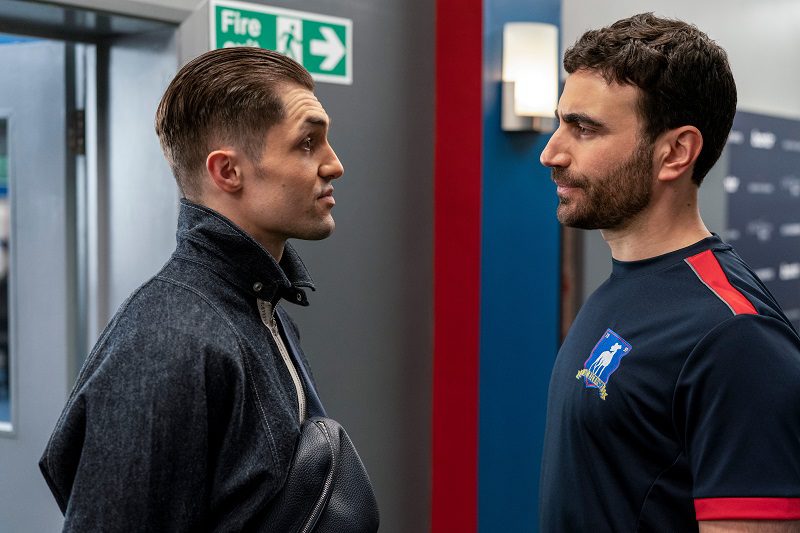 Ted Lasso season 2 episode 6 sees AFC Richmond basking in the hot streak they’re on. With Roy Kent on the coaching staff, Richmond is doing very well in the FA Cup. Jamie is playing well, although not in the game but with the teammates. He’s also upset that Roy is not giving him any coaching advice. Meanwhile, Higgin worries about Coach Beard getting back with Jane. Ted and Nate advise Higgins not to tell Beard anything regarding it, as it always ruins friendships. When Jamie keeps on pegging Roy for advice, he eventually relents. Roy tells Jamie that he needs to emulate his selfish old self. He tells Jamie that he’s a prick at his core and needs to be less of a team player sometimes. Jamie asks him how he will tell when to be which version of himself.

Roy replies that he will give him an unmistakable signal during the match to switch to his original selfish self. Meanwhile, Rebecca continues to see men from Bantr. She has also matched up with a new anonymous man and exchanges flirtatious texts back and forth. Rebecca’s mother arrives and tells her she’s left her father again. Rebecca tells Ted and Keeley that it’s not news. Her parents keep breaking up and patching up together. Richmond reaches the semi-finals, and the game is tight. To trigger Jamie’s old self to surface, all four coaches give him their middle fingers, and it works wonderfully. Jamie gets in his zone and scores a goal. However, as the team gets a lead, Ted suffers a panic attack and leaves. With the team falling into disorder, Nate takes charge and helps the team win. 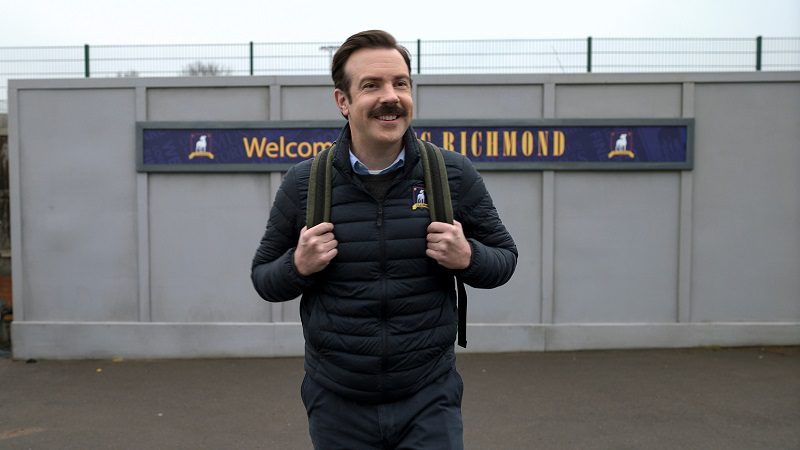 Ted has asked Dr. Sharon for an appointment, following his panic attack at the semi-finals.

What to Expect From Episode 7?

Higgins talked about his concerns to Beard in the last episode. Higgins thanked him for his concerns but is still with Jane. Ted Lasso season 2 episode 7 might see Beard’s relationship with Jane unfolding more. Meanwhile, the team got out of a tough spot in the semi-finals after Ted left, thanks to Nate’s takeover. Jamie was able to harness his old self and channel that aggression into the game, and score. Although Ted’s condition is bad news for the team, with Nate and Roy around, Richmond is still in far better shape. It’s Ted, however, who’s going through a seriously rough patch.

Ted has suffered a panic attack for the second time, and his troubles seem to be taking a heavy toll. He’s also been dodging and being unreasonably reluctant to seek Dr. Sharon’s help. However, the ending of episode 6 saw him finally taking the step and seek her help. Ted Lasso season 2 episode 7 will see Lasso getting the treatment he so needs right now. Roy has given Jamie some words of wisdom that seem to be working for him. We can expect more of the old Jamie to return in the future. Meanwhile, Rebecca’s mysterious Bante match is Sam, and both parties are unaware of the fact right now. It’ll be interesting to see when they both discover that they’ve made for a great match.