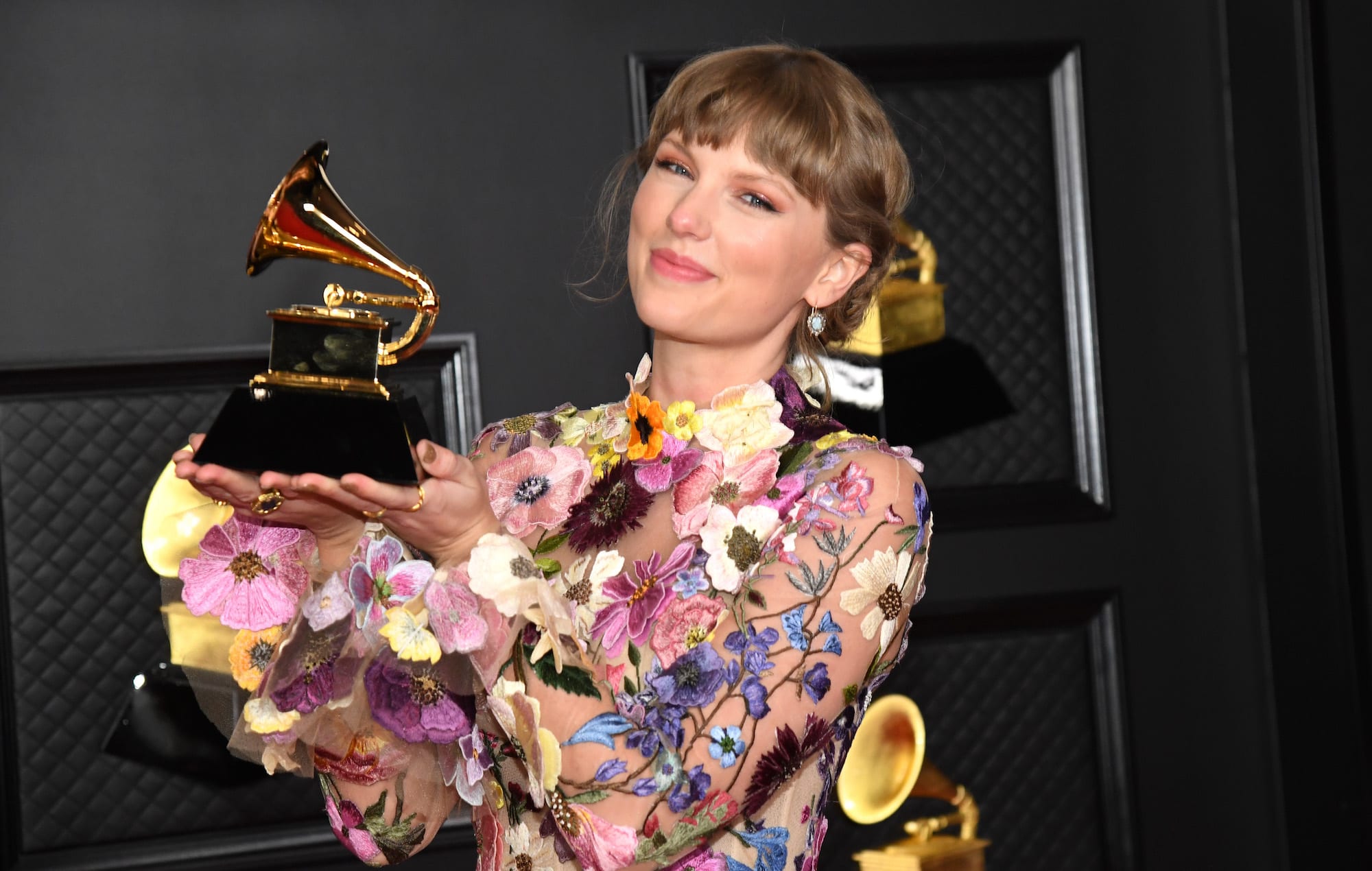 LOS ANGELES, CALIFORNIA - MARCH 14: Taylor Swift, winner of Album of the Year for 'Folklore', poses in the media room during the 63rd Annual GRAMMY Awards at Los Angeles Convention Center on March 14, 2021 in Los Angeles, California. (Photo by Kevin Mazur/Getty Images for The Recording Academy )

At this point in time, it is no surprise when Taylor Swift breaks records. She has been breaking records ever since her 2008 Album, Fearless, starting right with her very famous song, Love Story. This song peaked at number 4 on the Billboard Hot 100, sold over 9 million digital downloads, and has been certified eight times platinum n the United States and ten times platinum in Australia. Fearless itself has been a certified diamond and has won a Grammy for Album of the Year, making her the youngest singer to win the award. Taylor Allison Swift is an American Singer, Actor, Songwriter, and Producer. She was born on 13th December 1989 in Pennsylvania. From the age of 9, she participated in magical theatre and took vocal lessons in NYC.

Inspired by Shania Twain’s songs and she shifted her focus to Country music. She started performing at local events and festivals. She learned guitar from a local musician, Ronnie Cremer. They also wrote a song, “Lucky You,” while practicing her songwriting skills. To support her dream, her father transferred to Nashville when she was 14, and the family started living in Tennessee. Taylor has a younger brother, Austin. She was named after James Taylor, another infamous musician. Catch Love Story below:

Also Read: Who Is Taylor Swift Dating Now? The Couple Was Spotted Again

The album peaked at No. 5 on the US Billboard 200 and stayed there for 157 weeks – which broke a record of being the first song to do so in the 2000s decade in the US. Through one of her songs, “Our Song,” she became the youngest person to have written and sung a song that ranked number one on the Billboard’s Hot 100. So, in her first album alone, she was able to break records of no mean quality. With her debut album only, she was nominated in the Grammys under Best New Artist. 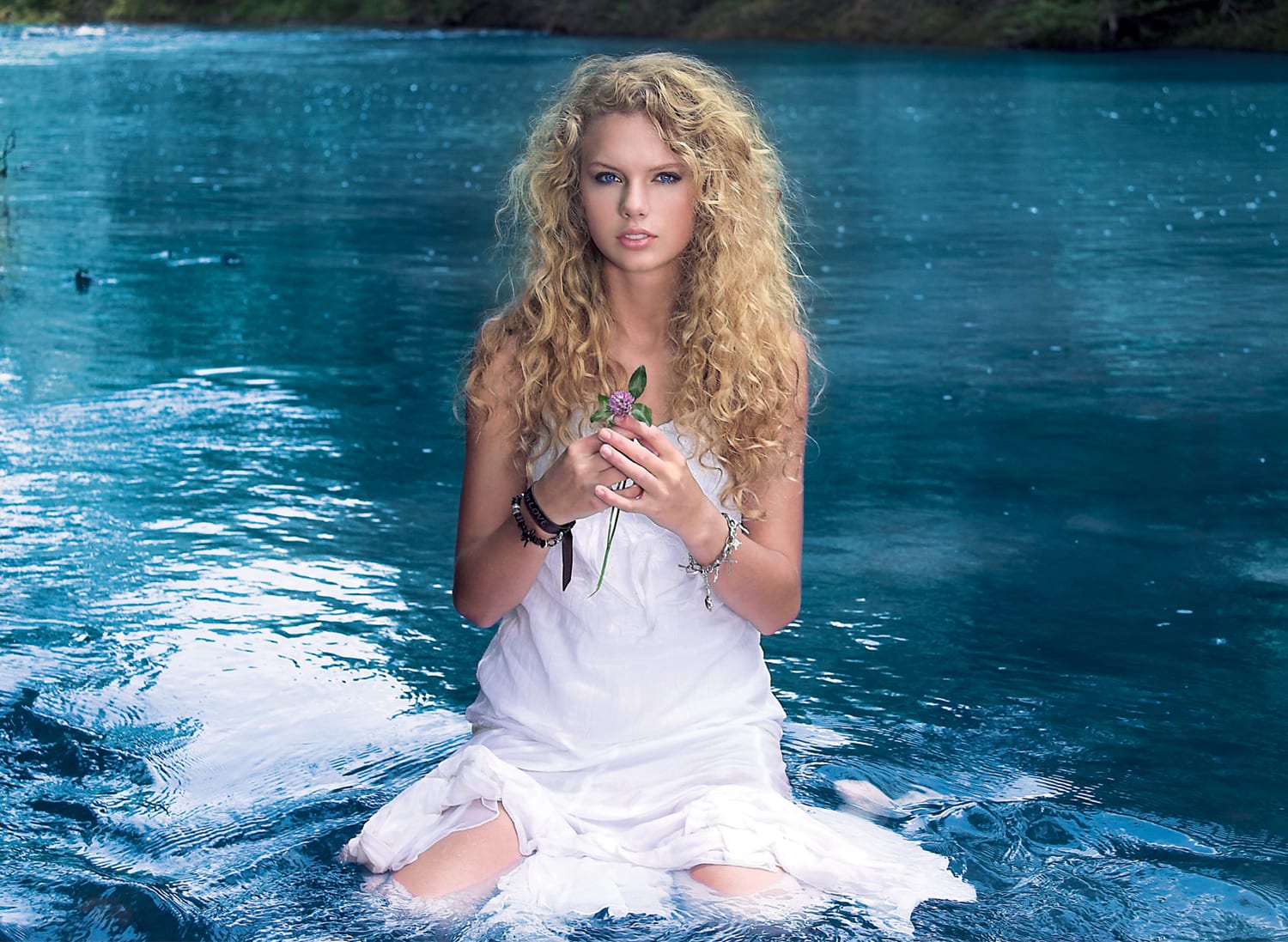 For the Fearless song, “You Belong With Me,” she won the MTV Music Award’s Best Female Video. .She was named 2009’s Artist of the Year by Billboard and Fearless ranked 99 on NPR’s 150 Greatest Albums Made by Women.  At the Grammys, she won Album of the Year and Best Country Album for Fearless, and Best Country Song and Best Female Vocal Performance for the song, “White Horse.” 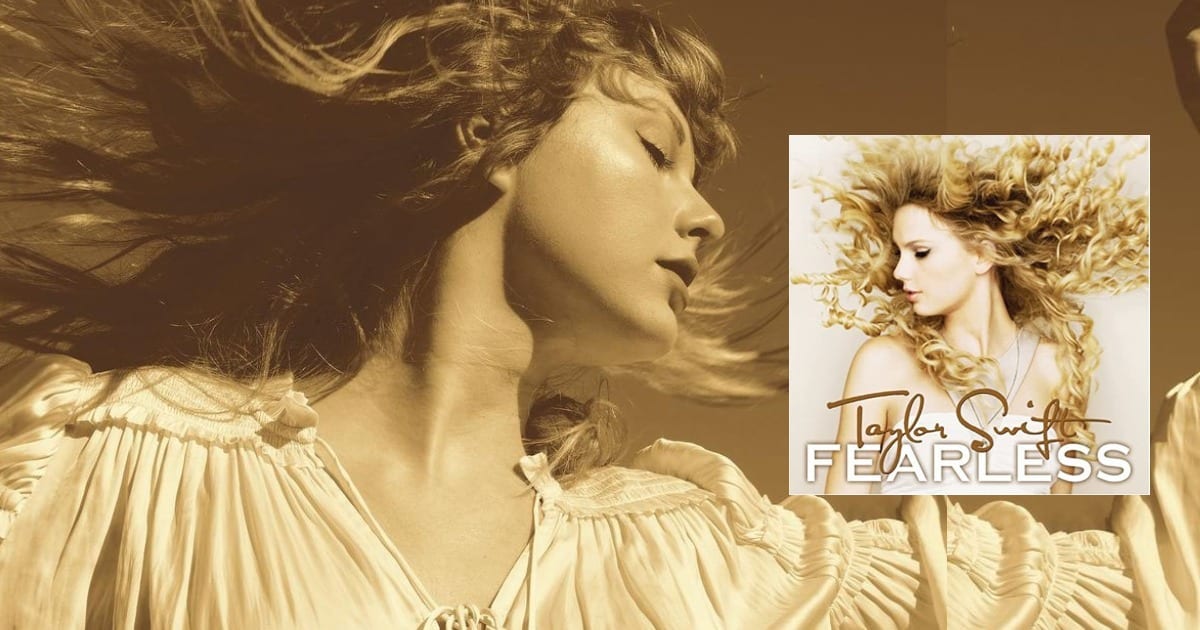 On the Left, Taylor’s Version of Fearless. On the Right, Fearless, 2008.

Her album, Speak Now won her more Grammys for Best Country Song and the song Mean won her Best Country Solo Performance. The album debuted at No.1 on Billboard 200 with a million copies sold in the first week and also was downloaded 278,000 times a week, breaking another Guinness World Record. 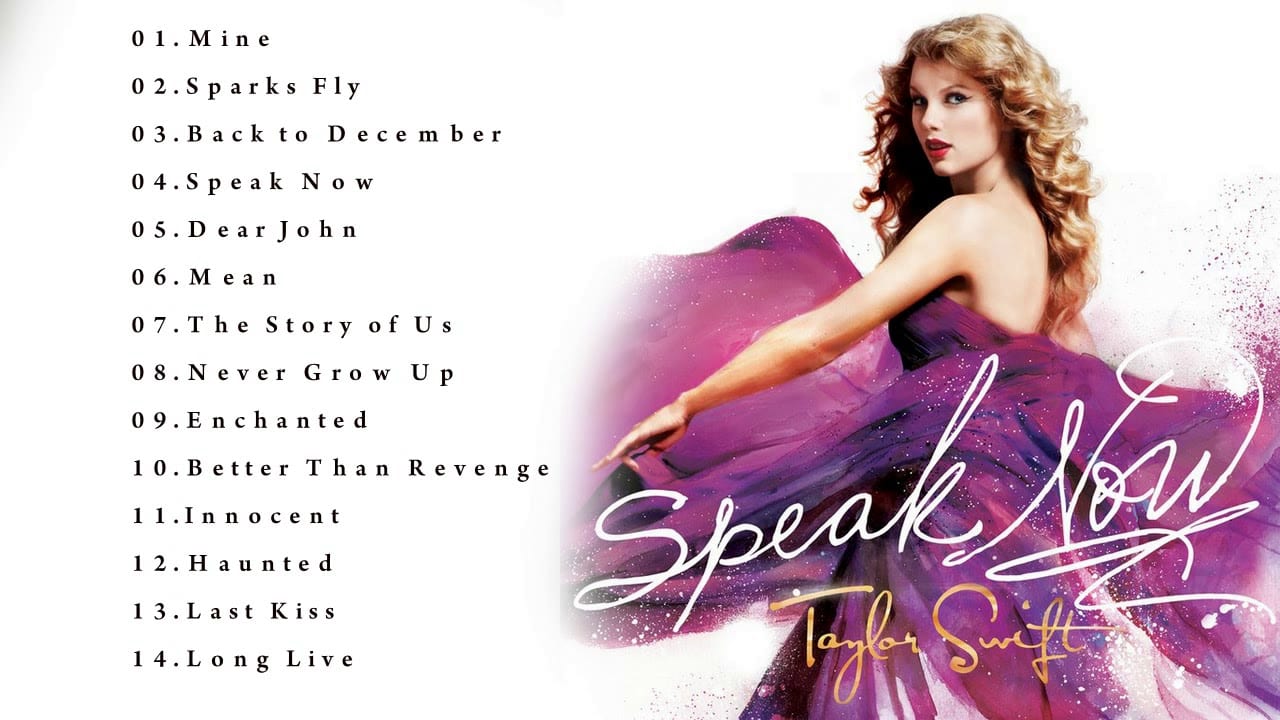 Her next album Red’s lead single, “We Are Never Ever Getting Back Together,” became her first No.1 in the US and New Zealand. It reached the top slot on iTunes’ digital song sales chart only 50 mins after the release breaking another Guinness World Record of being the Fastest-Selling Single. Red received 4 nominations at the Grammys. I Knew You Were Trouble won best female video at the 2013 MTV VMAs. She received AMA for Best Female Country Artist and Artist of the Year. 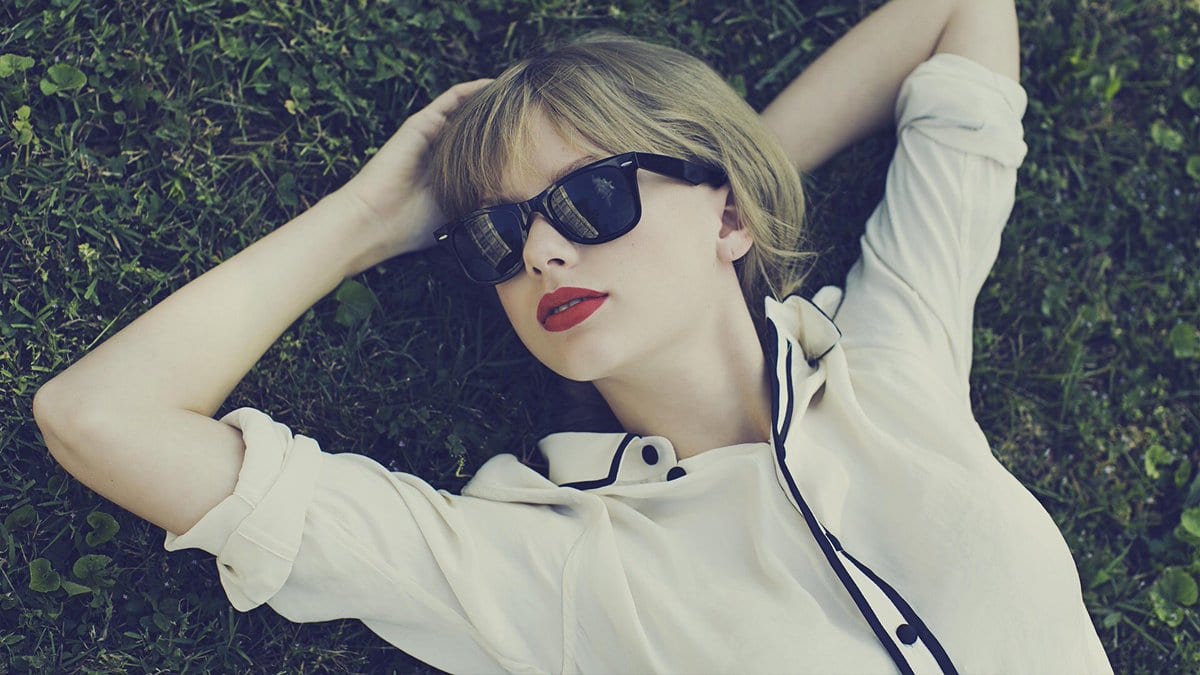 After 1989, Taylor now had  3 albums that sold over a million copies in the first week itself – which gave her another Guinness World Record Title. Taylor won Billboard’s Woman of the Year once more, which broke another record. Taylor won the Brit Award for International Female Solo Artist in 2015. 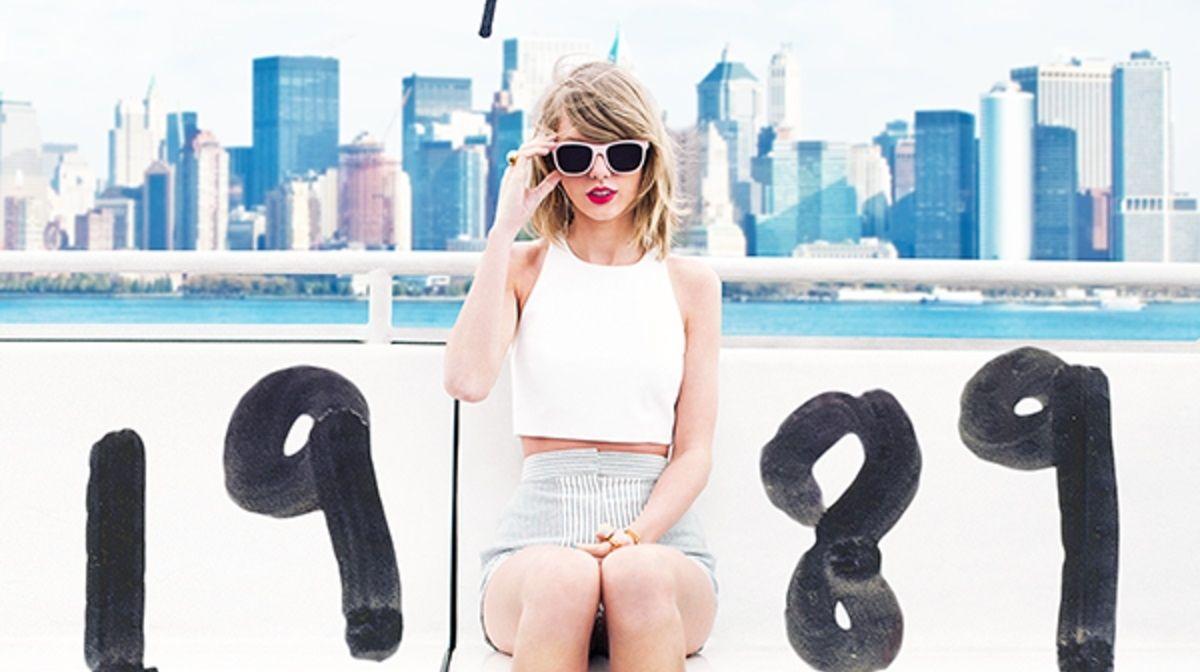 Bad Blood won Video of the Year and Collaboration of the Year at 2015 MTV VMAs. She won two more Grammys for Bad Blood – best video – and 1989 which won Album of the Year. This made her the only female artist to win Album of the Year twice. Later in 2017, she released reputation. The reputation tour was one of the most sold-out stadium tours at the time. She won 4 more AMAs, making her the most awarded female musician in AMA history. 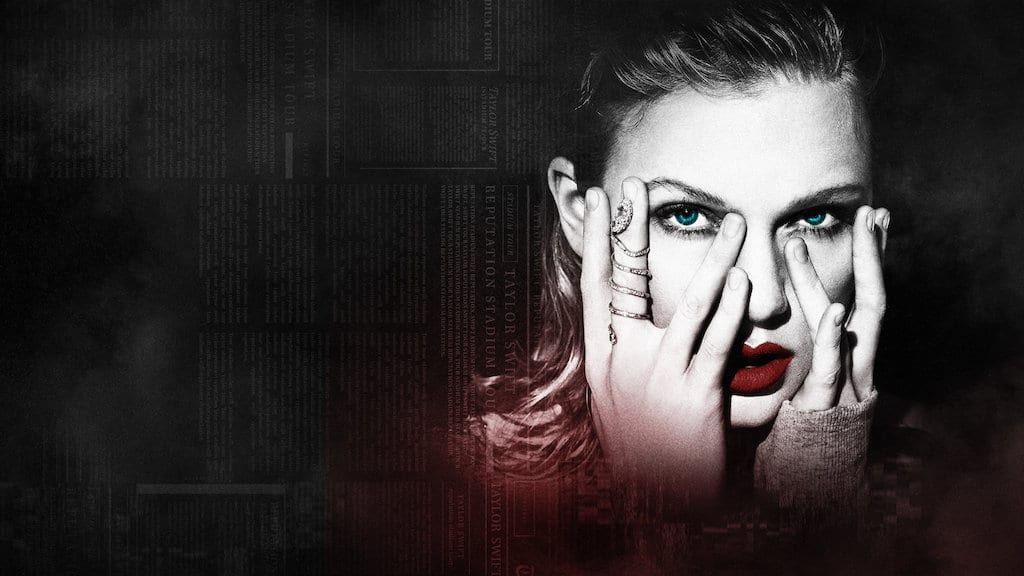 Lover sold 3.2 million copies, making it the world’s best-selling studio album of 2019. The IFPI honored Taylor as the global best-selling artist of 2019, which was her second time receiving the same. This made her the first woman to receive the honor 2 times. The album had 3 nominations at the 62nd Grammys. At MTV’s VMA’s her song “Me!” won Best Visual Effects, and “You Need to Calm Down” won the Video of the Year. She won 6 awards at the AMAs. 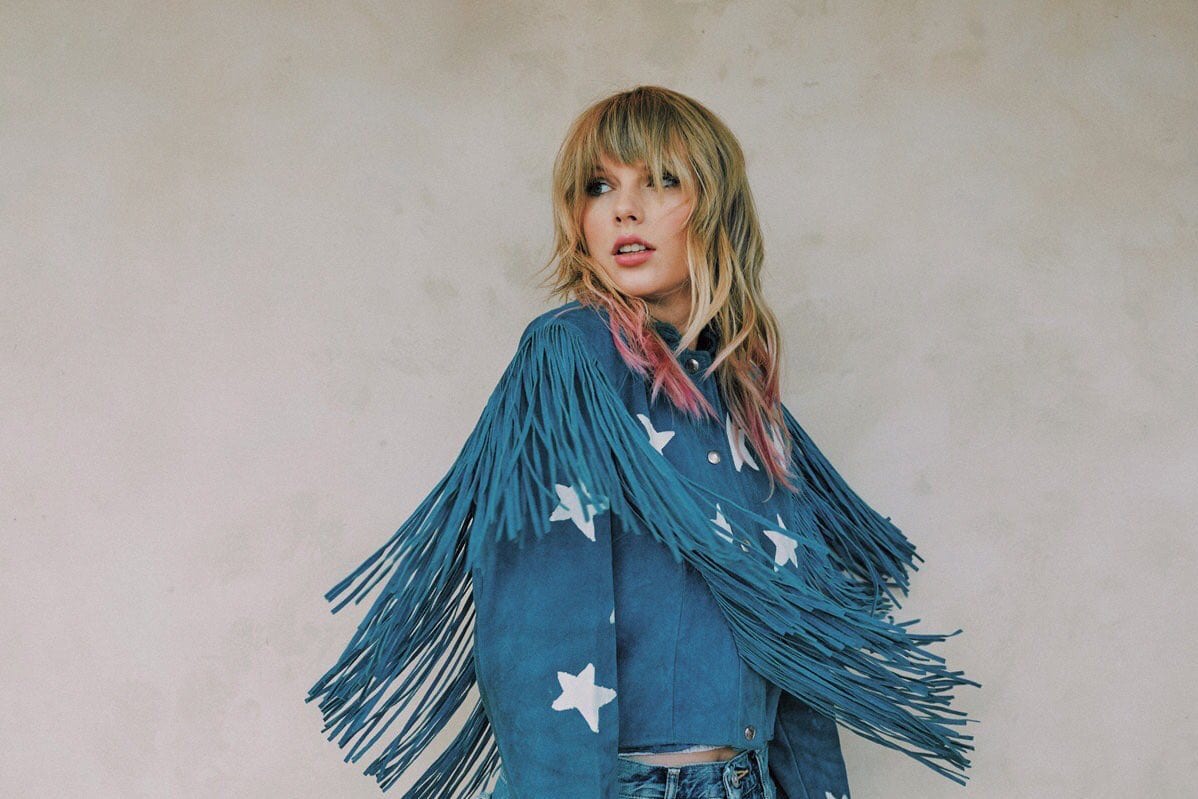 Photoshoot for the album, Lover

Folklore and Evermore were released 4 months apart. Taylor Swift spoke of them as sister records. These albums showcased amazing songwriting and Dark Academia and Cottagecore vibes. “Cardigan” and “Willow” both were No.1 on Billboard Hot 100 upon their debut. Each album sold over 1 million units. Folklore broke the record for first-day album streams by a female artist on Spotify – and this record was registered in the Guinness World Records. She also started re-recording all her albums which used to be under Big Machines Label.

All in all, she has broken 28 Guinness World Records – WOAH! 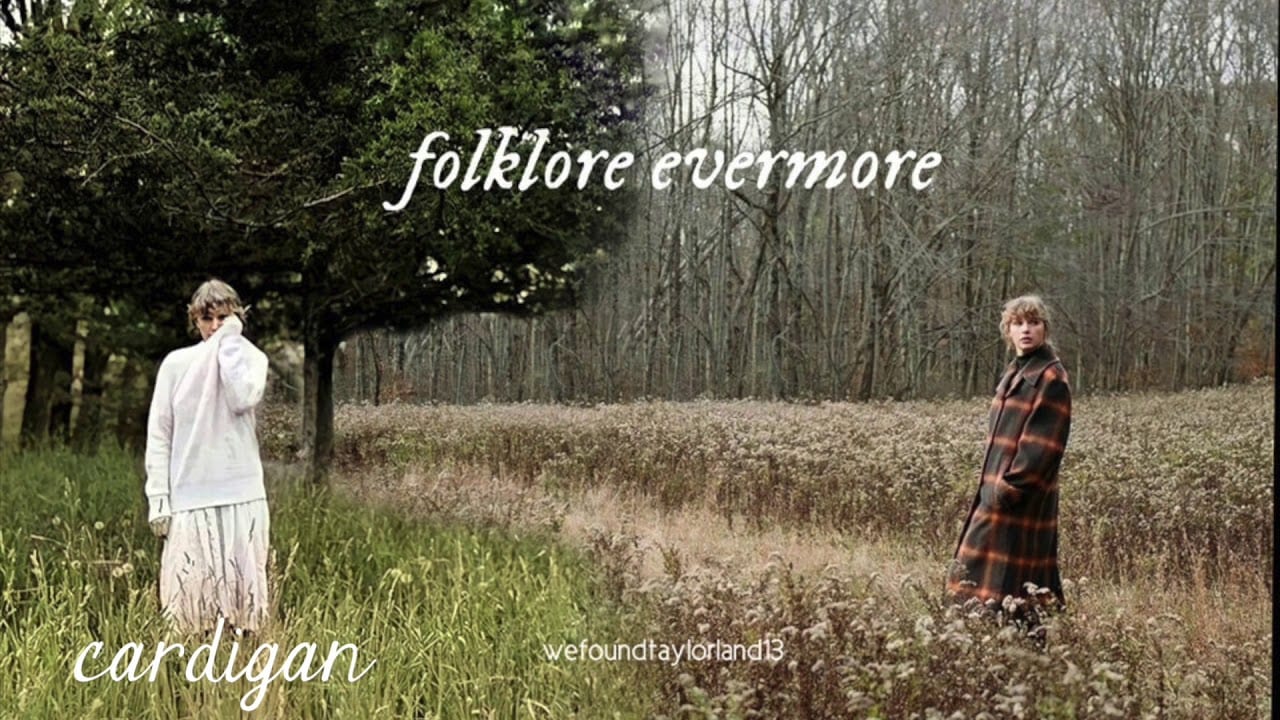 Fanmade Edit of the two albums

Did Taylor Swift Win Any Awards At Brit Awards 2021?

Yep, she most definitely did win an award!

The Brit Awards 2021 took place in London on 11th May 2021. The ceremony was at the O2 Arena near the River Thames. This was the first live music event wherein the attendees didn’t have to wear masks nor to maintain social distance. Dua Lipa and Olivia Rodrigo performed on stage. But that’s not what we’re here for. We’re here to talk about TayTay and TayTay alone. 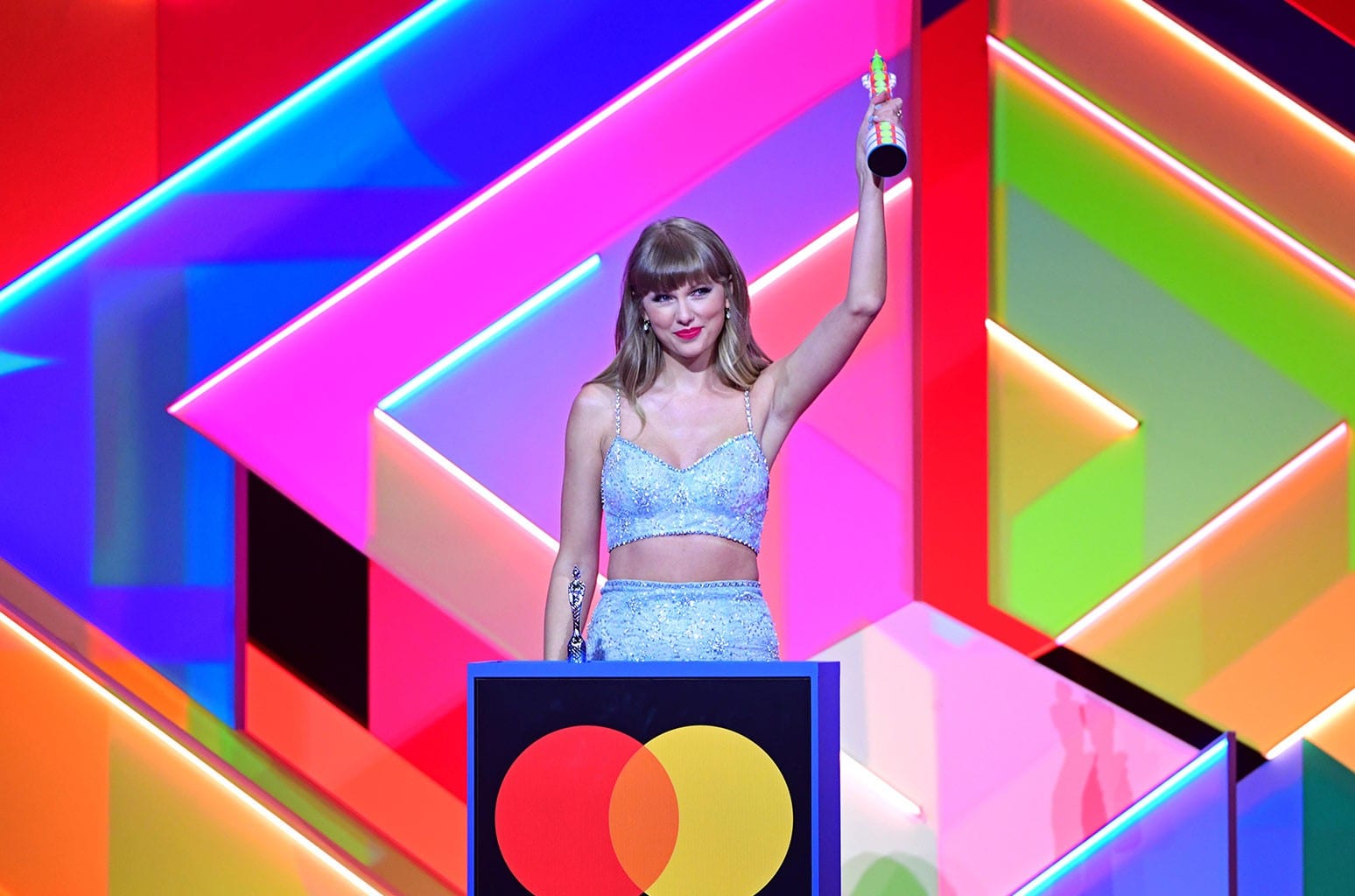 Taylor at the Brit Awards 2021

Taylor Swift sported a Miu Miu outfit which highlighter her willow-y (yes, that was a pun) frame and was very elegant and graceful. Moreover, she was wearing her trademark crimson lip shade and au de naturel makeup. But the most important factor is that with this look – the red lip, classic thing – many people were reminded of the Red Era. But at the same time, her dress screamed 1989. As such, fans are in a frenzy, wondering if this is an Easter Egg for the next album, which will be re-recorded. Would it be 1989? Red? Who knows! 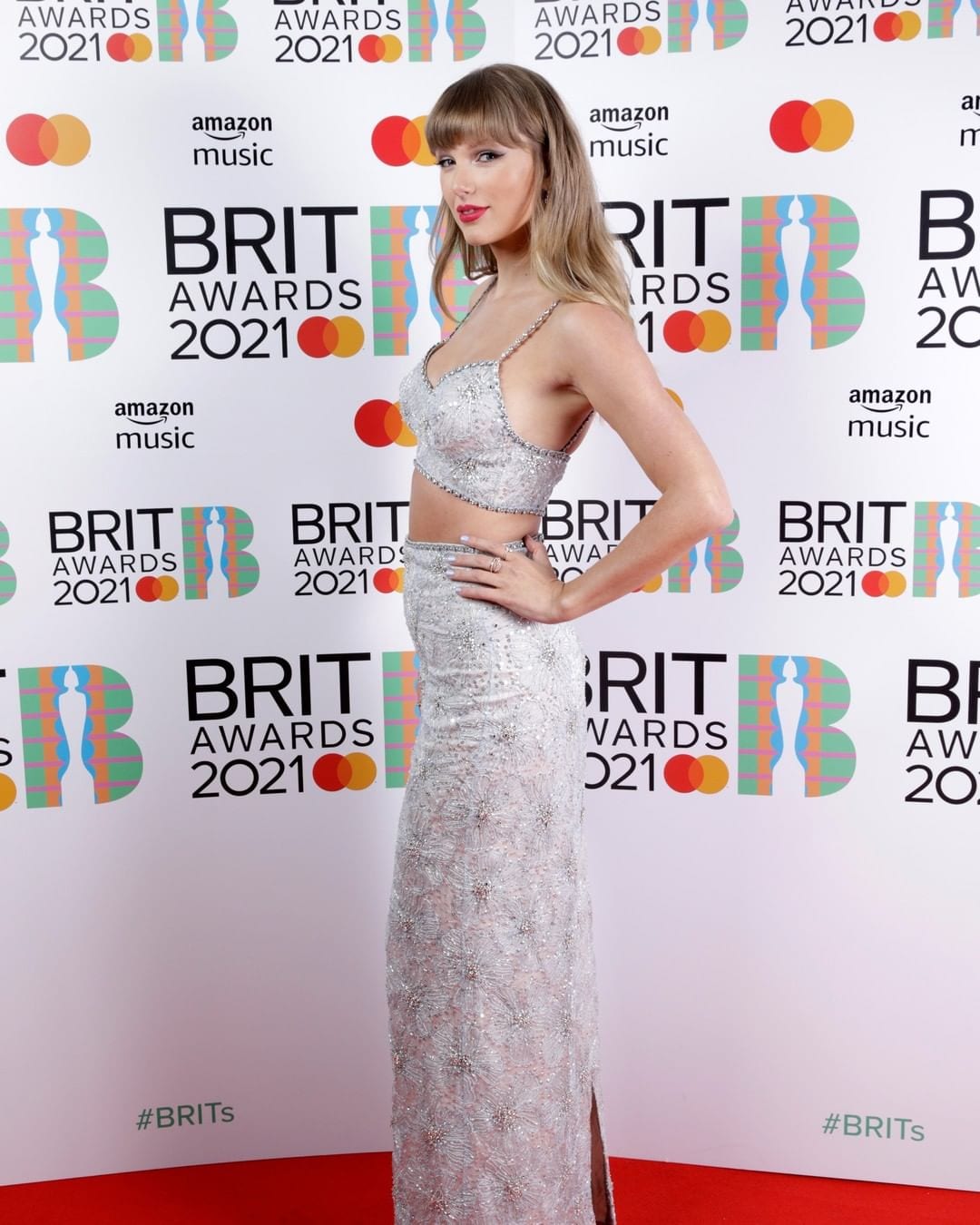 Once again, Taylor Swift made history tonight. She became the first woman and youngest person to win the BRIT Awards’ Global Icon honor. Her acceptance speech also kept the legacy of all her acceptancy speeches and was heart-warming and one-of-a-kind. But before that, BRITs had put together a video full of heartwarming messages from her closest friends, Selena, Annie Lennox, Zoe Kravitz, and Ed Sheeran.

In the video, Selena claimed how Taylor is still the same girl she had met when they were younger and how deeply she cares for her fans. She spoke about her desire to have supported and hung out with her more. Selena added that Taylor deserves it and that she is awesome.

In her speech, she thanked the Brits, her fellow artists, boyfriend Joe – whom she seldom talks about because of obvious reasons – and her longtime BFF, Selena Gomez. Taylor had some very important and inspirational things to say as well, like proving your critics wrong and never taking people who have been around for you for granted. She told that “no career path is free of negativity, and if you are facing resistance, it means you are trying something new. If you are facing turbulence, it is because you’re rising up.” Even though something you have done with a lot of love and hardwork is met with cynicism and skepticism, you will have to keep going.

The most notable mentions were obviously Joe and Selena (Note how she takes everyone by their full name, but for her most special friends, it’s just Joe, Selena, Zoe, Ed, and Griff). Furthermore, Taylor also finally met her “child,” Olivia Rodrigo.

Also Read: Olly Alexander Net Worth: How Rich Is The Famous Musician?