Taylor Lautner is famous for playing the role of Jacob Black in The Twilight Saga. Recently, he got engaged but to whom? 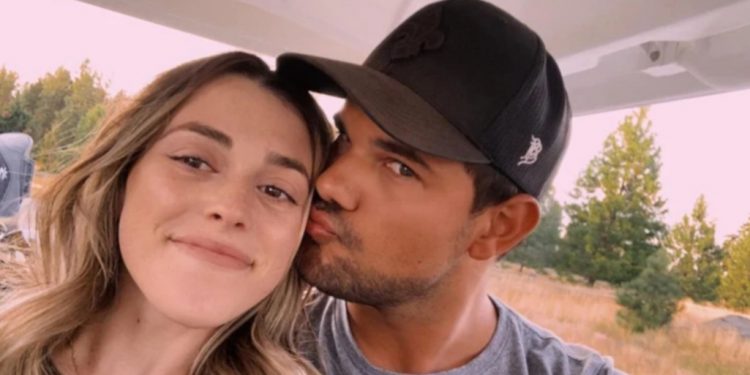 The news of the Twilight star Taylor Lautner Engaged is all over the internet. Last month, the actor officially announced his engagement with the love of his life. What do we know about his love life and career? Starting with the basics, Taylor Daniel Lautner is an American actor and model who has gained prominence with his role of Jacob Black in the Twilight series (known as The Twilight Saga). Besides working with Robert Pattinson and Kristen Stewart in The Twilight Saga, he has also worked in a wide range of films and series.

Some of which include What’s New Scooby-Doo? (2005), The Ridiculous 6 (2015), and Scream Queens (2016). For his notable performances in each of the films, Taylor Lautner has been the recipient of several accolades throughout his career.

The young actor, Taylor Lautner, wasn’t initially much vocal about his fiancee. Later at the end of 2018, the couple went out to the public and revealed that they were dating each other. Now, look at them. After dating for almost three years, they got engaged. You must be more curious to know who the actor has got engaged to.

Also read: Who Is Taylor Lautner Dating? All About The Twilight Star’s Personal Life

Being famous for playing the role of Jacob Black, the young actor Taylor Lautner was born on 11 February 1992 in Grand Rapids, Michigan, United States. Based on his birth year, in 2021, he is 29 years old. As far as the names of his parents are concerned, he was born to Deborah Lautner (mother) and Daniel Lautner (father). He also has a sibling Makena Lautner.

In 2018, the actor Taylor Lautner started dating a nurse living in California. Her name is Taylor Dome who is mainly known as Tay Dome. Initially, they didn’t open up much about their relationship. It seemed as if the actor wanted to keep his personal life details away from the spotlight. Later, with an Instagram post dressed up for Halloween, Taylor and his partner Tay made it official. Taylor Lautner also celebrated her birthday in a very beautiful way and posted a picture with a caption expressing her to own an amazing soul.

On 13 November 2021, the actor officially announced their engagement on Instagram. Not only that, Taylor Lautner, with loads of love, has penned down an amazing heartfelt caption on his post. It portrays how deeply he is in love with his fiancee. The picture features Tay wearing a giant engagement ring. The caption speaks that he can’t wait to spend his life with her. Also, he added that Tay makes her a better person. As far as Tay’s comments are concerned, she confessed that his fiance, Taylor is the best and favorite human on earth.

Taylor’s family members are also very happy for them. His sibling, Makena Lautner, commented on one of his posts that finally, she is getting a sister. It shows how much they are supporting their wedding. Also, some co-actors and friends of Taylor from the industry congratulated the pair on the post. The couple is about to marry each other real soon, though the wedding date hasn’t been announced yet. Fans are highly impatient with such an announcement. We wish both of them good luck in their new life and career.

Also read: Danni Menzies’ Partner: Who Is The Famous TV Presenter Dating In 2021?