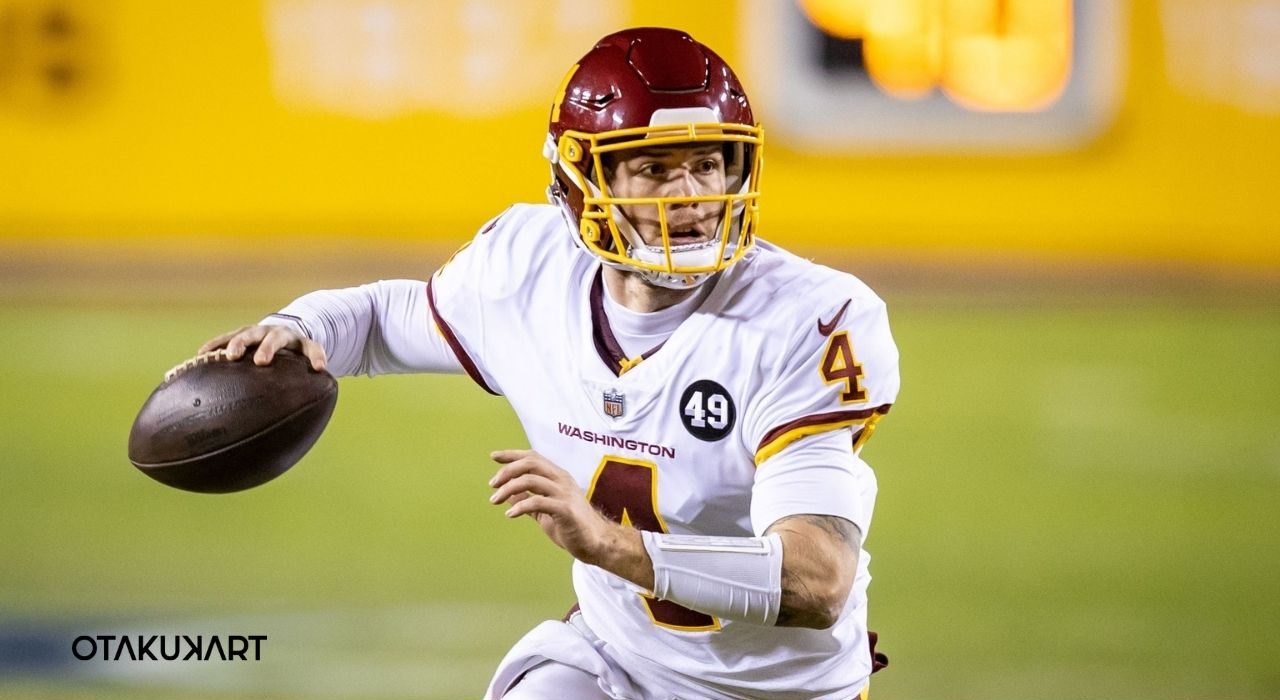 Taylor Heinicke During His Stint With Washington Football Team

Taylor Heinicke might be still amidst finding the perfect team for himself but he does have a bright future ahead for sure. Starting off during their high school years, Heinicke has always been a record player for his school. The same Heinicke later transitioned his game into college days after receiving a scholarship. In 2015’s NFL Draft, he brought that spirit. The only thing was he remain undrafted jumping from one league to another. But now with a million-dollar contract with a team, things might be starting to change as we are looking at the career and Net Worth of Taylor Heinicke.

So we will break down Taylor Heinicke’s Net Worth on the basis of his career right from his high school day and college days. To the time he found his place signed with Minnesota Vikings but making an NFL debut with Houston Texans. the injuries he sustained which led him to jump from one league to another. Then ultimately getting cut out of St. Louis BattleHawks to finally find his way in the Washington Football team where he is thriving than ever. So let’s begin.

The Net Worth of Taylor Heinicke is around $1.5 million at the moment. The same amount is bound to increase in coming years as Heinicke continues his stint with the Washington Football Team as of now. For the past four years, Heinicke’s net worth has increased by $100,000. This all comes from the fact that he has gone on to play for multiple leagues. Thus jumping from one to another as he finds the one he will fit into. Most recently, Taylor Heinicke signed a two-year, $4.75 million contract extension with the Washington Football team. Thus speaking for Taylor Heinicke’s Net Worth for now.

Taylor Heinicke hails from Lawrenceville, Georgia. Although we don’t know much about his early life. We do know he played football at Collins Hill High School. During his high school career, he took Collins Hill High School to a 10–4 record. Following the same, a trip to the Class AAAAA semi-finals. This later came with awards such as Old Spice National Player of the Year in the state of Georgia, and the Gwinnett Daily Post’s Offensive Player of the Year. 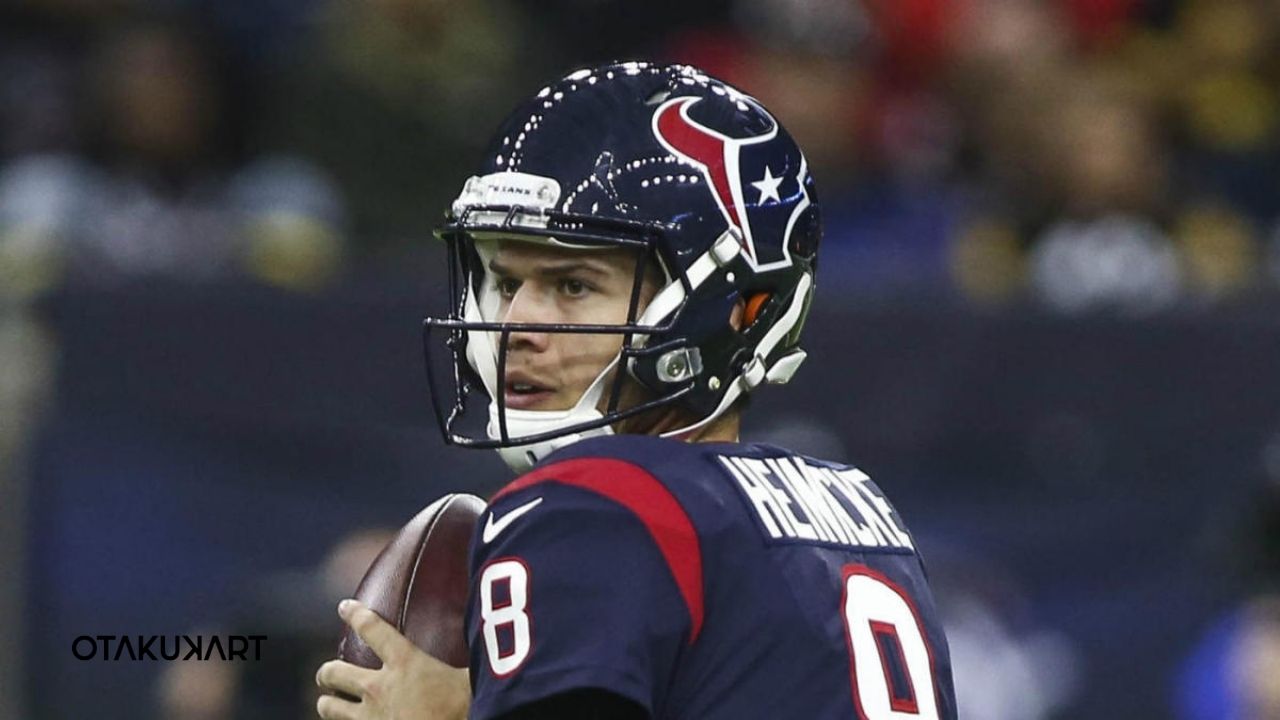 Taylor Heinicke During His Stint With Houston Texans

Right after the senior year, the North/South All-Star Football Classic invited Taylor Heincke to play. During his stint there, he went on to take North on a 22–0 victory over the South. Post this successful career, Taylor Heinicke had a chance to appear on the reality TV show The Ride competing for a spot in the U.S. Army All-American Bowl.

Following their high school career, Taylor Heinicke received a scholarship at Old Dominion University (ODU). He went on to play for the Old Dominion Monarchs football team for a span of around four years. Under them, he won the National Freshman Performer of the Year in 2011. Then the following year, he continued with accolades winning All-American honors, CAA Offensive Player of the Year, and the Walter Payton Award.

Taylor Heinicke began his professional football career singing with Minnesota Vikings as an undrafted free agent. Initially starting as a quarterback, he transitioned into a third-string quarterback after Mike Kafka got injured. Heinicke too got between minicamp and training camp and was later released in September of 2017. After serving New England Patriots practice squad, Heinicke made his NFL debut with Houston Texans. Due to a concussion period, Heinicke was waived by the team soon. 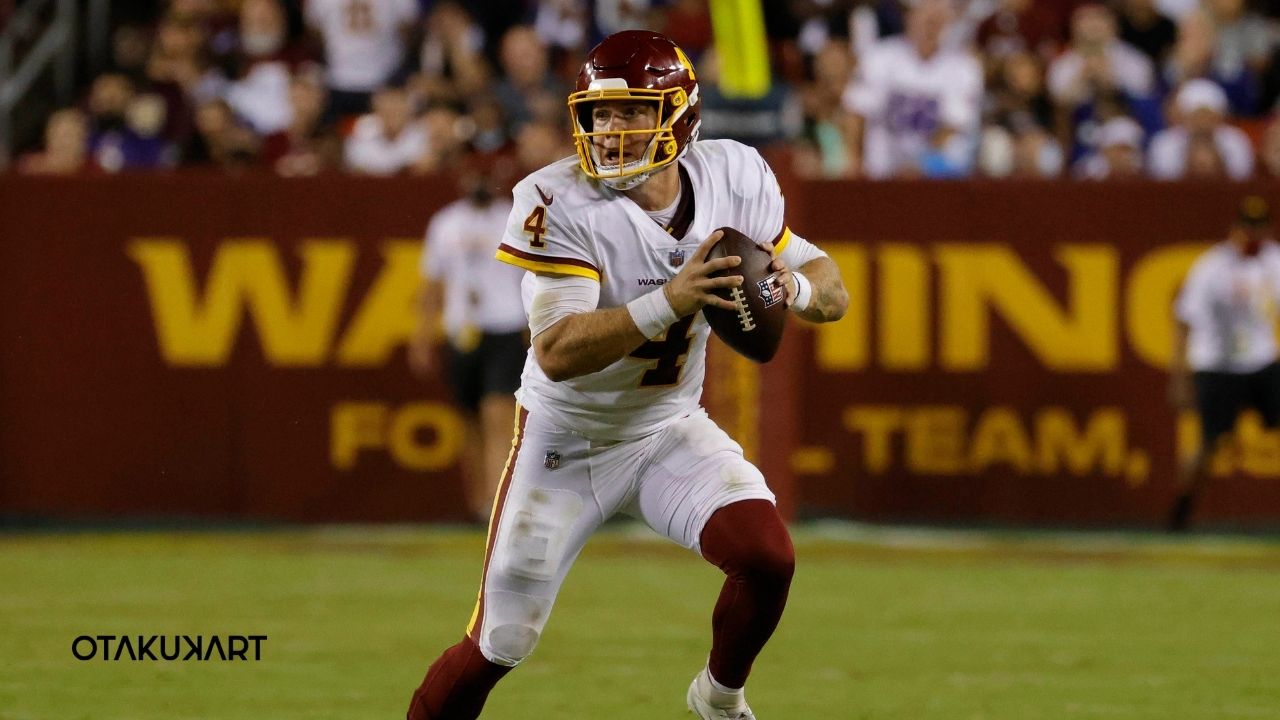 Taylor Heinicke During His Stint With Washington Football Team

Following his stint with Houston Texans, Heinicke joined Carolina Panthers and went on to play 6 games for them. This stint also saw him becoming the starter for Week 16. An elbow injury saw him on injured reserve for the Panther’s final game of the year 2018 before he was released during final roster cuts. Through XFL Draft, Heinicke found his way at St. Louis BattleHawks until the league was suspended due to the COVID-19 pandemic.

In the process of finishing his engineering degree, Heinicke joined Washington Football Team’s practice squad. He soon became an active roster member playing his first game for the team in Week 16 against the Carolina Panthers. During the same game. he went on complete 12 of 19 passes for 137 yards and a touchdown during a 20–13 loss.

Heinicke later signed a two-year, $4.75 million contract extension with the team in February. Following that, his first game came with the Thursday Night Football game. The Washington Football team went up against  New York Giants. Taylor Heinicke went on to throw for 336 yards and two touchdowns in a 30–29 victory.