Taxi Driver K-Drama Upcoming Episode 10 Predictions is something we will be dealing with today. Taxi driver released its 9th episode much recently. The 9th episode was released on 7th May 2021. The next episode of the taxi driver is going to release next. The hit ongoing South Korean series is a treat to watch for its viewers. The presentation of the drama is appreciated by its fans all over the globe. Within a few days from its release, the drama successfully managed to grab the attention of numerous viewers. Opened at a decent pace the drama started growing up in the rating ladder day by day. With the tremendous fan following increasing every day as well. Currently, the drama is maintaining a decent hold on the rating chart. And is managing to win to hearts of its viewers with the excellent portrayal.

The drama shows the crimes that once happened in South Korea. The incidents shown in the drama have been taken from similar incidents happening in the country. The sense of justice that the main lead in the drama provides to the victims gives us all a sense of satisfaction. Further, the drama has been adapted from the webtoon, The Deluxe Taxi by Carlos and Keukeu Jae Jin. The heinous crimes shown in the drama and the satisfactory revenge that Kim Do Gi take along with his team are being liked by the viewers of all age. In fact, on May 1st, the drama became the most-watched episode to air on any channel on Friday among 20-49-year-olds. With the airing of episode 10, we will be left off with just 6 more episodes to go, after which the hit drama will go off the air and will come to an end. 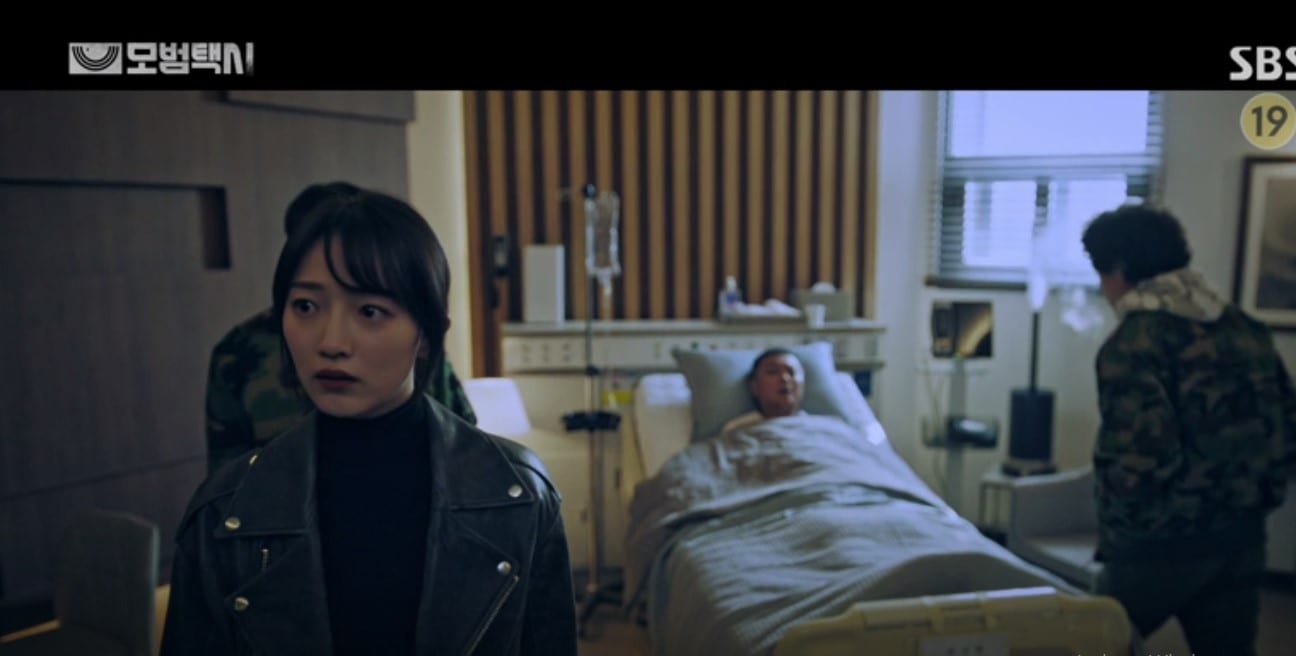 A Still from k-drama Taxi Driver

The 10th episode of the drama will resume from where it left off in the 9th episode. After completing their last mission and heading off for another, the revenge call service is providing justiciable revenge to the victims. After Jang Sung Chul gets stabbed things start to heat up. With prosecutor Kang Ha Na constantly in search of evidence. She keeps getting closer and closer to the case. While Kim Do Gi already sets off for another mission. But this time along with his fellow mates Choi Kyung Goo and Park Jin Eon. The three completely disguise themselves as gangsters and enter their mission zone. All the people working in the rainbow taxi company fights for providing utter justice to the victims. The ones whom the law couldn’t protect or give justice to.

Kim Do Gi’s mother was brutally murdered and he couldn’t do anything then. When he was left in agony and pain he meets Jang Sung Chul, who recruits Do Gi to work for his company. As we already know this company is not an ordinary company but rather a different company which provides revenge call to the clients. And of course, this service is provided by Kim Do Gi and his fellow mates. While Kang Ha Na is a prosecutor who is investigating the case of this whole taxi company. Adapted from the original webtoon of the same name the drama has till now kept up with the apt sense of justice. All the characters are unique and different in their own way and present the best results onscreen. With the release of the next episode, many new revelations of the drama are yet to happen.

A still from the drama Taxi Driver

Taxi Driver Episode 10 will release on 8th May 2021. The action, suspense, thriller drama will disclose many more sides of the story with the release of its 10th episode. The drama is also known by many names such as Model Taxi, Rage Taxi, Exemplary Taxi, and Deluxe Taxi. The director of the drama being Park Joon Woo. And the screenwriter of the drama being Oh Sang Ho. The drama features Lee Je Hoon, Esom, Kim Eui Sung, and Pyo Yeh Jin in the main lead roles. The dram airs every Friday and Saturday on the original network SBS at the 22:00 time slot. It also streams on the online streaming site Viki along with subtitles. The 10th episode of the drama is going to release in less than 24hrs till then stay tuned and keep watching.