Greg Davies and Alex Horne are back with their ever-fun antics and tasks. Taskmaster Season 11 Episode 4 is on its way. From using Sauna stones to getting luggage through the security. The previous episode of the series made contestants go through lots of ups-downs despite being having simpler but tougher tasks. Taskmaster originally debuted in 2015 on Dave. Alex Horne created the series. Unexpectedly it turned out to be a huge success among the British audience. The success eventually saw the series having different versions in various other countries. These include countries like Belgium, Sweden, Spain, Denmark, Norway, Finland, the United States, and New Zealand.

Taskmaster is a comedy panel talk show involving contestants perform various tasks. It consists of a group of five celebrities. Mainly the celebrities are comedians. The comedians indulge in the tasks given by Taskmaster as Horne serves as the Umpire for them. On the other hand, these tasks are looked after and judged by Greg Davies who gives the contestants points on the basis of their performance. So here we are taking a look at what we can expect from the upcoming fourth episode of Taskmaster Season 11. Before that, let’s take a look at what happened previously on the show.

The episode opens up with Greg Davies introducing the contestants and Alex Horne in his own style. The contestants include Charlotte Ritchie, Jamali Maddix, Lee Mack, Mike Wozniak, and Sarah Kendall. Horne talks about the prize of the day which in mystery is the Most shocking thing bigger than a cat, but smaller than a pig. He will bring five items at the end and one of them is the prize. Greg will be the one to guess it. The task ended with Lee Mack winning 5 points for himself. Not far behind are Jamali Sarah and Mike with 3 points each and at last Charlotte with 1 point. 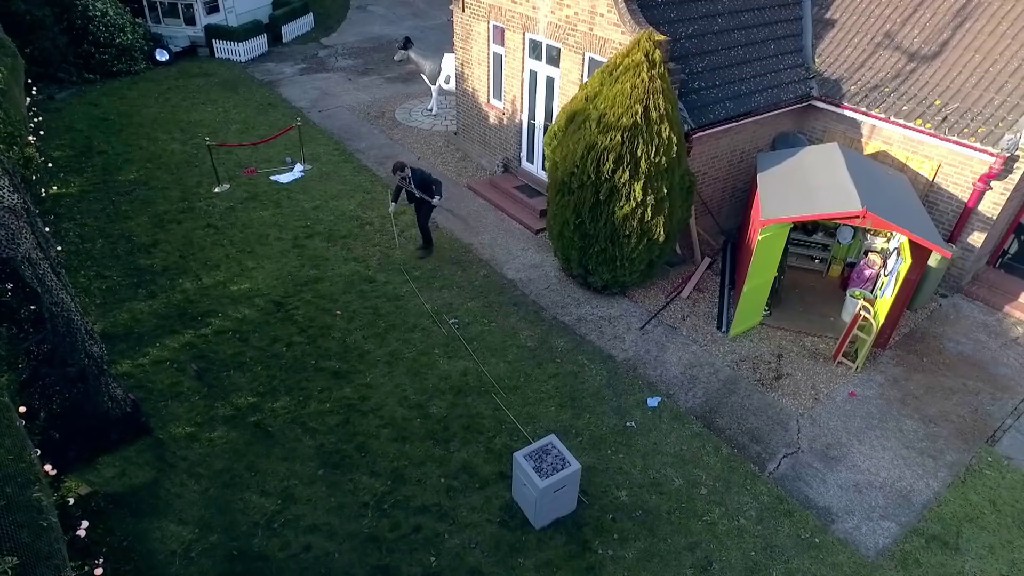 Then we move onto the first task of the day. The task is to make Sauna Stones hiss. The task requires a contestant to stand behind the rope when the stones hiss. The player is not allowed to move the stones or even the rope. Plus, he/she may also not make use of the hose either. The contest will be contested with a time limit. It ended with Sarah taking the lead with 8 points now whereas Mike is with six points now. Lee Mack with 7, Jamali 4, and Charlotte with 5 now.

The third task is to create the best new way to remember how many days each month has. Sarah continued her lead winning it with 5 more points ahead. While Jamali won 4, Charlotte won 3, Lee won 1 and Mike won 2 points respectively.

Moving onto the fourth task of the day. The tasks are simple but require concentration. The player has to get all his luggage through security. The player has to stay inside the maze until his luggage goes through the X-ray machine. Then he/she has to go under one rope and release one rope. Then the player has to disconnect a pole and has to carry it towards the end. If your luggage touches any of the barriers, the maze will restart all over again. Charlotte, Jamali, and Mike got disqualified. Whereas Lee won five points and Sarah not far behind with 4 points. The final task of the day to claim the victory is nursery rhymes. A player has to act out the nursery rhymes for the Taskmaster. The quicker he/she does, the more points the player gets. Lee and Mike tied with 5 points each. Whereas Charlotte, Jamali, and Sarah tied in with 3 points each.

Ultimately, Sarah won the prize of the day scoring a total of 20 points. Followed by runner-up Lee Mack with 18 points. Charlotte and Jamali with 11 points each and Mike with 13 points.

Also Read: How To Watch Prank Encounters Season 2: Gaten Matarazzo Is Back With His Horror Pranks! Taskmaster Season 11 Episode 4 is titled,” Premature Conker”. The official synopsis of the episode says we will be seeing Charlotte climbing up a ladder with some loo roll. On the other hand, Mike comes off with a new catchphrase for himself and Lee Mack terrifies an innocent member from the public. Talking about tasks of the day, taskmaster technician Alex Horne is bringing in lots of bottles in hand. Are they related to tasks that remain to be seen? Furthermore, who takes the lead in the latest episode is intriguing itself. Currently, Sarah is in the lead with a grand total of 55 points all combine from the previous episodes. Following her are Lee Mack and Mike both with 51 points each. Jamali follows up with 31 points and Charlotte with 28 points.