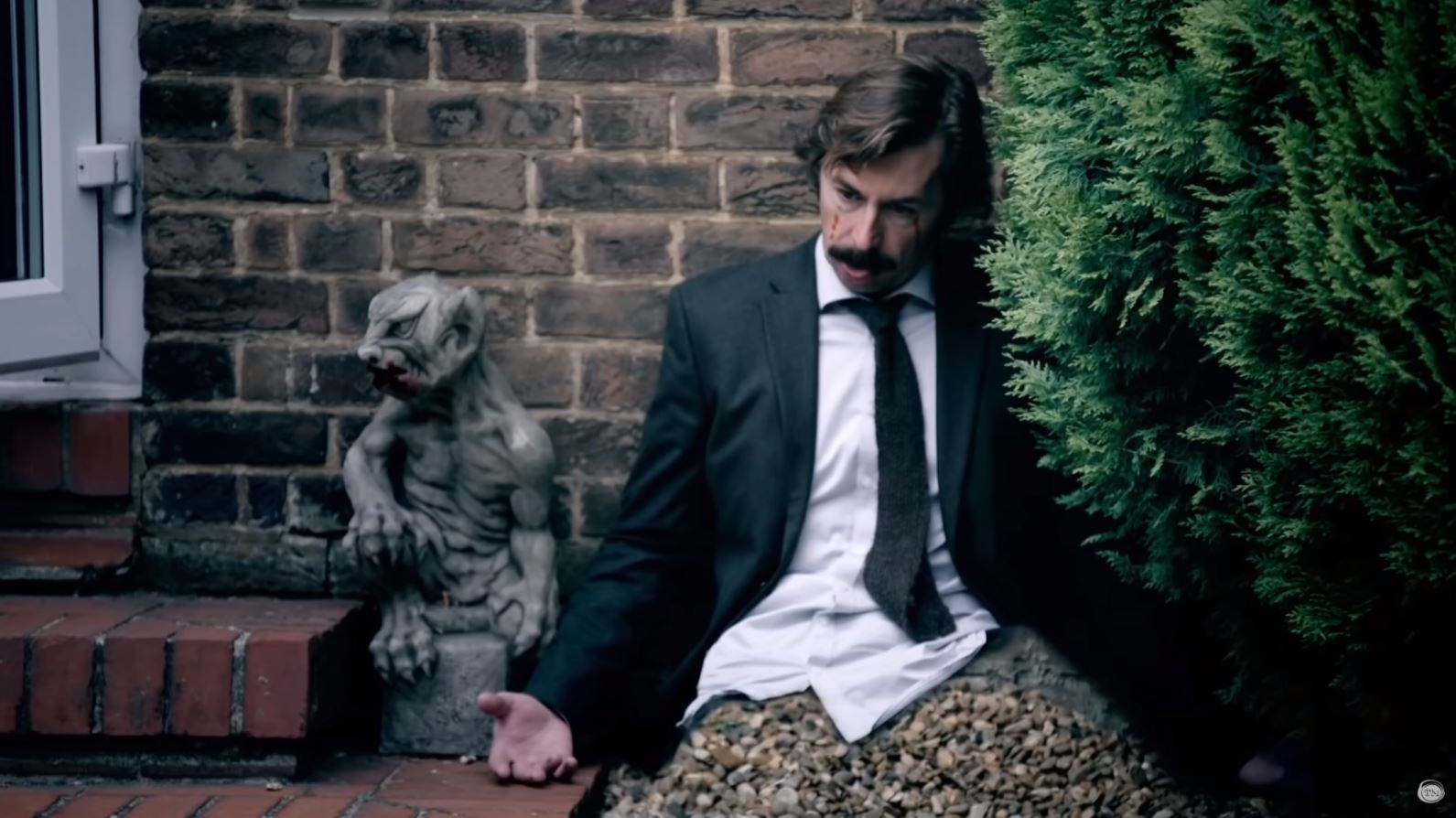 The Lure of the Treacle Puppies - credit Channel 4

This week’s Taskmaster episode yet again starts with a Prize test. Greg Davies introduces the participants, Charlotte Ritchie, Jamali Maddix, Lee Mack, Mike Wozniak, and Sarah Kendall. After which he announces the item for the day, Best Drinking Vessel. This is informed to the participants pre-show as they decide their items. The winner of the day will receive all of the items as a present. We start with Mike Wozniak who made a cup. This is a wooden spoon-like thing with Greg’s face carved as the handle. Next, is Sarah Kendall who has brought a cup which her daughter made in pottery class. It necessarily doesn’t fulfill the functions of a vessel, but it is what it is.

Next is Jamali Maddix who simply went for a plastic cup. Lee Mack chose to bring Simon Cowell’s personal mug. And lastly, Charlotte Ritchie brought her grandfather’s Tanker. This has historical significance as they were once used by the Navy. As for the points, Jamali is given 1 point, Lee is given 2 points, Sarah is given 3 points, Mike is given 4 points while Charlotte is given 5 points. 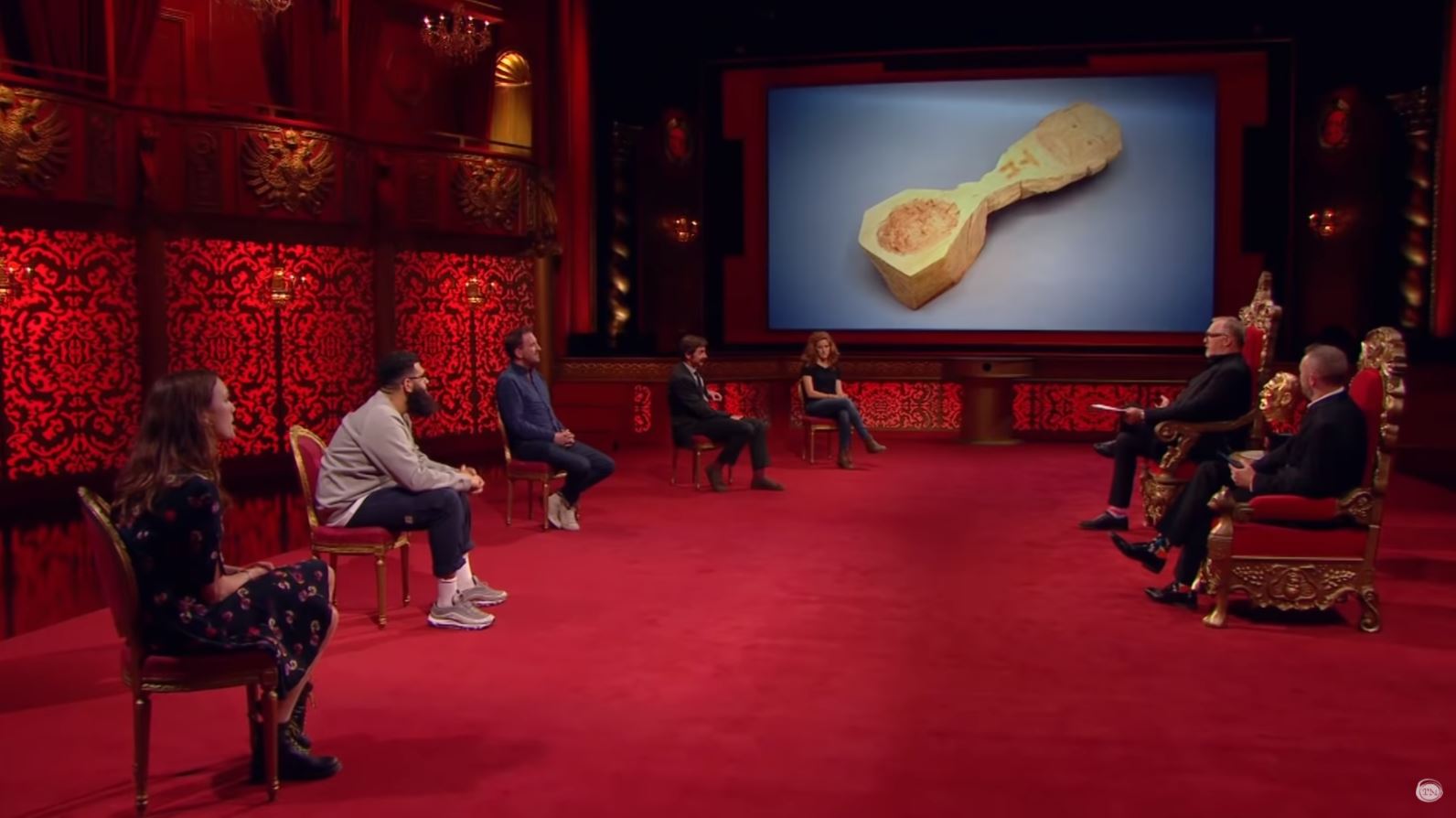 Taskmaster Season 11 Episode 2 titled “The Lure of the Treacle Puppies” starts off with a task to hover a balloon untethered for 20 seconds while sneering. The top of the balloon should be below the chin while the bottom should be above the waist. Firstly, Charlotte and Lee are quick to finish their attempt as their balloons simply fly away. Next, we have Jamali and Sarah who have the idea to go somewhere with less air or even inside, so that they don’t lose the balloon. Even though both have separate ideas initially, both of them fall back to using static electricity for finishing the task. Lastly, Mike ties some weight below the balloon so that the balloon doesn’t fly away. But after it does, he retrieves it to finish the task. According to time, Jamali gets 3 points while Mike and Sarah get 4 and 3 respectively.

The next task has them have an argument facing one another as each argument should be no longer than 10 words and it must end with a 4 letter word. The argument ends if one takes 10 seconds or looks away from others. Lee and Mike get 5 points each for their argument which turns into Lee exposing himself. Charlotte, Sarah, and Jamali’s baseless argument is given 2 points each.

The next task has them create a horror clip in which each of the contestants is successful in their own way. Charlotte and Jamali go for Poltergeists which earn them 3 points. While Lee’s spooky surprise and Mike’s lure of treacle puppies earn them 4 points. Lastly, Sarah’s clip similar to shining wins 5 points. The final task has the contestants answer a series of questions as they rank themselves among their peers. The ones to correctly guess receive the points. Lee gets 5 points, Sarah and Mike get 4 points while Jamali and Charlotte receive 2 points each. As the points are totaled, Mike wins the series as he earned 21 points. For his victory, he was given the vessels the contestants collected prior.

When Will Taskmaster Season 11 Episode 3 Release?

Taskmaster Season 11 Episode 3 titled “Run Up a Tree to the Moon” is set to be released on 1st April 2021. The episodes by Taskmaster are scheduled to be aired at 9 pm BST/GMT. Taskmaster follows an episode release pattern of one episode every Thursday. Make sure to change the above time to your local time zone to watch the episode when it airs.

Where to Watch Taskmaster?

You can watch the episodes by Taskmaster when they air on the set time on Channel 4, or else you may even stream them on Channel 4’s website. Taskmaster is even available to stream on Taskmaster YouTube Channel, Sky, Dave Channel, and FuboTV. One may even catch up with the previous seasons on UKTV Play, TVNZ OnDemand, Binge, Apple TV, and SBS OnDemand. The previous seasons are even available for purchase on Amazon Prime Video. Taskmaster Season 11 Episode 3 titled “Run Up a Tree to the Moon” will have Fred Davies host the show alongside his assistant, Alex Horne. The tasks will be revealed only on the day of the premiere but as of now, we can only predict from the synopsis provided. Apparently, fueled by a task, Lee Mack is about to attempt throwing a hammer. While in another task, we are to see Sarah Kendall sitting down which is about to be memorable. Lastly, in a twist of events, we learn that Jamali Maddix has forgotten his passport.