The Gospel Singer opens up about her marriage, life and more. 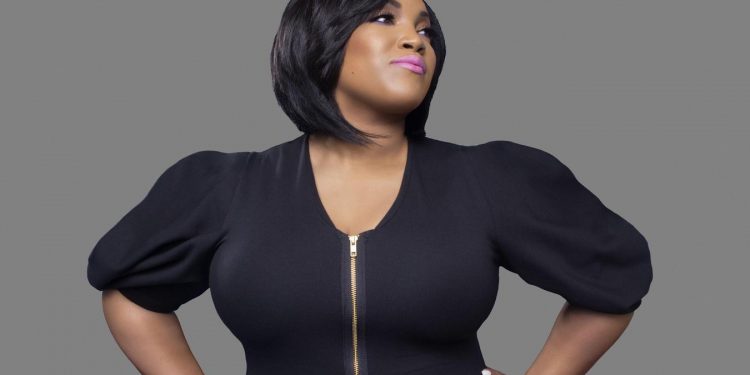 What do we know about Gospel singer Tasha Page Lockhart’s Divorce? Popular American Christian R&B singer Tasha Page Lockhart has been a part of the music industry for a while now. While she kick-started her career from 2014 onwards, her first release Here Right Now went on to become a huge success. The debut studio album topped on The Billboard 200. The songstress is an inspiring figure who struggled through sexual assault and substance abuse. She rose to fame to become one of the most popular Gospel singers of all time.

The singer’s soul-soothing voice has earned her several accolades, including the titled if female vocalist of the year at  Steeple awards in 2019. Earlier Tasha Page bagged the title of the female vocalist of the year in the UK for the Gospel Touch Music Awards. Tasha further released more albums, including Jesus Revealed and The Beautiful Project. She is also a certified life coach as well. The singer has earlier admitted how she is extremely thankful for her family, her home, and children. Tasha recalled how her addiction was so bad, but she managed to recover. The Gospel singer is making sure to reach out to others for help. Let us take a look at all the details and lesser-known facts about Tasha Page Lockhart’s Divorce.

What Do We Know About Tasha Page Lockhart’s Divorce?

Tasha Page Lockhart was married to Clifton Lockhart. However, marital bliss came to an end after 12 long years. The Gospel singing star took to social media while confirming the split. Tasha Page stated that she has no interest in telling her side of the story or bashing lash, anyone. Earlier Tasha has called Clifford her rock and how he has stood alongside her at her worse. Not to forget how the two grew up together while going to Church services and bond over gospel music. Tasha has a son from her previous partner.

The singer further added that she is purely interested in exposing her journey to health, wholeness, and inner peace. The couple did not reveal much about the split or what led to the divorce. The songstress chose not to make it a messy affair while keeping almost the whole divorce away from the media limelight.

Also Read: Kortney And Dave Divorce: Kortney Not Hosting The HGTV Show With Her Husband Anymore?

The Singer Opens Up About Her Newest Collaboration With Bryan Popin

Tasha Page Lockhart has recently joined forces with Bryan Popin for their single track Beautiful Savior. The track has been topping at the Gospel Airplay Billboard chart. The song has been winning hearts, and music fanatics surely cannot get enough of the duet. Have a look at one of her biggest hit tracks of all time. The track has been inspired by her personal life story.

The singer has been opening up about how the church and community have been largely hit by the pandemic. As the whole world is trying to put their life back on track, Lockhart is working hard on her back-to-back projects. Earlier in 2020, she was working on her second book titled Let The Healing Begin. The singer earlier admitted that she truly believe that it was God who rescued her. Tasha further explained that she does not only sing to entertain but also to express her gratitude towards God for saving her life. The Gospel singer has stated that she hopes her story inspires other women for the better.

Tasha Page surprised fans with her inspiring single track Why Not Me. While talking about the track, The Gospel singer explained how she battled through extreme pain in life while owning up to her actions. She unpacked the pain through her emotions that built a warrior who is fighting every day.

Tasha Page earlier revealed how her early adulthood was full of harrowing incidents as she was sexually assaulted by friends of her family members. To find a way to escape, the singer soon begins substance abuse. It was in 2003 when the singer got a wake-up call and recovered for good.

Will Everything Be Alright For Issa In Insecure Season 5 Episode 10?