What is the Significance of Tanjiro’s Scar in Demon Slayer Kimetsu no Yaiba?

Once one person has 'that mark' on them, it starts spreading to others, as if they're resonating. 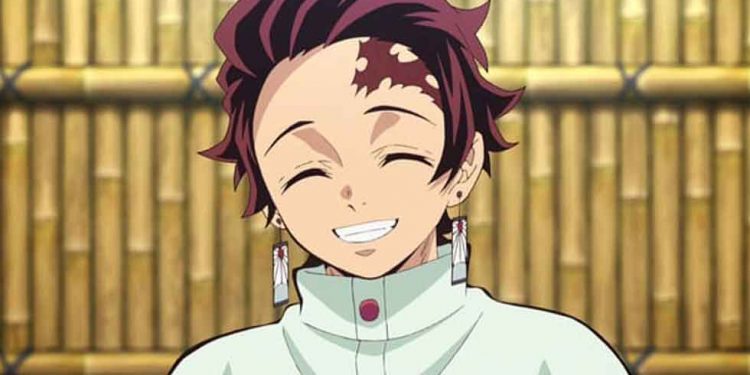 The scar on Tanjiro’s forehead sure brings curiosity, doesn’t it? He has had them from the beginning itself, ever since the first episode. So fans get curious about the mystery behind his scar. Even his father had them, and therefore it seems kind of genetic. But is that even possible, genetics that is? Or maybe he got burned? Quite a plausible situation, but is that it? There might be something more to it than what we expected. Can it be not? This article will bring out the exact reason behind Tanjiro’s scar because the anime is still ongoing, but the Manga has been completed. Good news for manga readers, isn’t it? The following information may contain some spoilers, so grab your heart as we sink deep into the story.

I would recommend to all anime fans, or to anyone who is in search of good anime, that Demon Slayer is just so worth your time! You will not regret going so far as to watch it! Demon Slayer is a Japanese manga series written and illustrated by Koyoharu Gotouge, released in 2016. Demon Slayer: Kimetsu no Yaiba is the anime adaptation of Koyoharu Gotouge’s manga series, animated by Ufotable. Demon Slayer: Kimetsu no Yaiba, the first season was released back in 2019, followed by the movie Mugen Train Arc. The movie’s story has yet again been shown in the second season, and it has been continued as the second season. The Entertainment District Arc was released just recently. To know more about the story, read it till the end.

What is Tanjiro’s Scar?

The scar on Tanjiro’s forehead represents his purpose! As already mentioned, the Manga is completed, so there are 23 volumes containing a total of 203 chapters and an additional three extra chapters!

In chapter 128, vol. 10, a pillar meeting where all the pillars were present, Kagaya Ubuyashiki’s wife, Amane Ubuyashiki, notified everyone that the Love Pillar: Mitsuri Kamroji and the Mist Pillar: Muichirou Tokitou had also had marks! Everyone seemed shocked, including the two, while Amane continued asking them the condition to acquire them. Yes, you read it right. There are conditions to have them, and there is a history for the appearance of the scars! “During the Sengoku era,” Amane continued, “there were swordsmen of the first breath who was one step away from ending Kibutsuji Muzan. They all had marks that resembled Demon Crests.” Needless to say, she also shared a consistent knowledge with them, which states, “Once one person has that mark on them, it starts spreading to others, as if they’re resonating.”

Just the right and perfect explanation behind the scar, isn’t it? Also, as of now, Tanjiro is the first one to have ‘that mark’!

Also Read: Significance of ‘Hanafuda Earrings’: Why Was Muzan Scared of Tanjiro?

To those who are new to the anime Demon Slayer, here’s a sneak-peek to the story so far. Demon Slayer is about man-eating demons who roam around amongst normal humans only at night. It is about a young thirteen-year-old boy, Tanjiro Kamado, who lost his family to a demon’s attack. Only his younger sister, Nezuko Kamado, lived. He carries her on his back and walks down the mountain, far away, leaving his dead family behind, and tries to save her. While traveling down, he meets Giyu Tomioka (The Water Pillar), and while trying to kill Nezuko because she was slowly turning into a demon, Tanjiro begs and promises to Giyu that Nezuko will never kill a human, nor will he ever let her do so. He wants to save her, no matter the cost, and tries to find a cure to turn her back into a human!

Tanjiro loved his family. He looked up to his father, Tanjuro Kamado, who had passed away years ago. His mother was as gentle as a breeze. His five siblings, including Nezuko, were his world. His happy family shattered right before his eyes when he saw them covered in blood. He froze but could notice that Nezuko was still warm, and if he made his way to get help, he could at least save her! He intended to save her and turn her back into a human again.

Also Read: Who is Tanjiro’s Father? Is He the Creator of Hinokami Kagura?

The Terror Season 1 Ending Explained: Who Made It To Home?

Happiness Episode 12: Residents are now in the Endgame