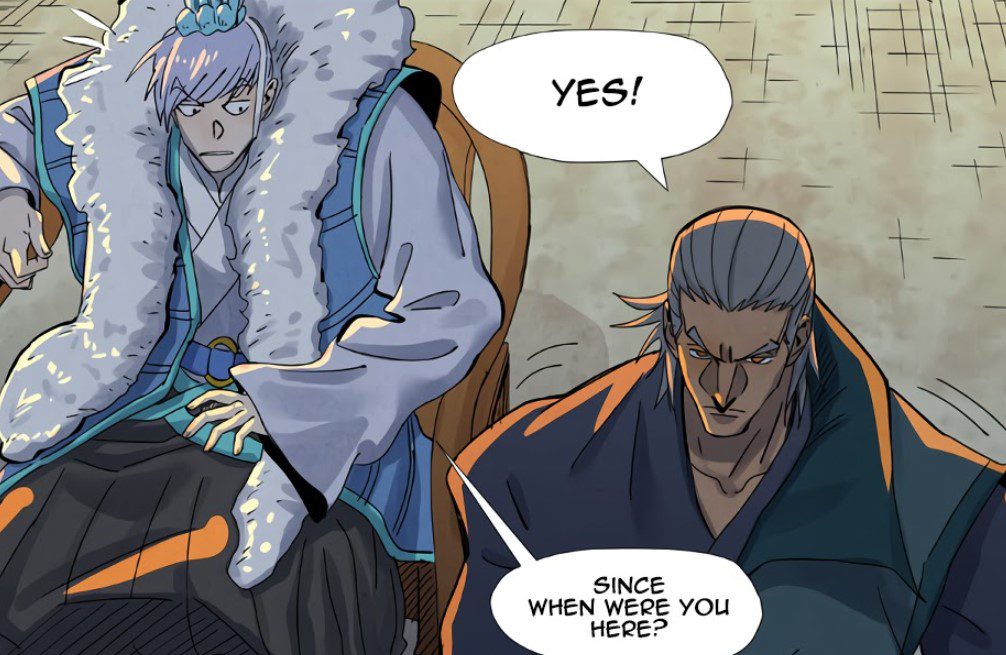 The festival begins with Tales Of Demons And Gods Chapter 350, with Nie Li joining others to celebrate the festival. Tales Of Demons And Gods has been delayed for a few days, but the manga has recently returned with the latest chapter’s updates. The chapter begins with Nie Li listening to musing and the other boys. From the latest Tales Of-Demons-And-Gods Chapter, we saw many people gathering for a celebration and some firecrackers. The boys and girls enjoyed their day and talked about their friends who were not present. Some of them talked about Gu Lan, who has a disability that she would join them.

As the party continued, Gu Bei and Gu Lan arrived, which brought excitement to everyone around. The boys also spoke about the actions that help in the Sude Hall, and one of them thinks that only geniuses can participate. The action last night seemed to be fun since the boys and girls enjoyed talking about it. It has been revealed that Gu Bei earned a large amount of Limelight last night at the actions. In addition, the girls also asked about the location of the action.

Gu Bei had achieved a lot since we heard that he had also spent over 400000 spiritual stones. But it seemed as if Gu Bei had never traveled outside the world to get his forces. Some of them also reveal that Gu Bei was not participating in any competitions over Deit’s lake, and, surprisingly, he had so many spiritual stones. The rumors reveal that he might have used his sister’s money. The boys and girls stopped talking since Gu Lan and Gu Bei had arrived, joining the gathering.

We saw Gu Lan and Gu Bei talking with Brother Hens since Hens was the one to question the two. Gu Bei is funny and decided to take it as a joke making everyone think that nothing is happening and they are having fun. But Hens realizes that Gu Bei had to skip answering his questions. Gu Bei reveals why they have come here, and Gu Lan thanks the elders for their blessing. The geezer asks Gu Lan about her health, but she seems fines since she is having a wonderful time with the others. 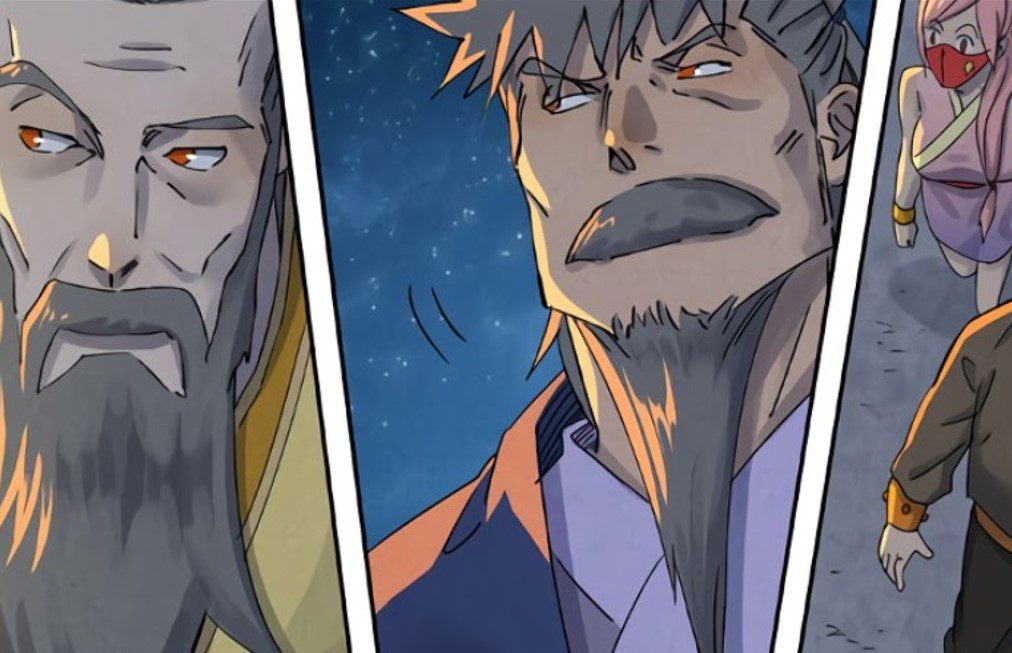 The geezer is revealed to be Fist Elder Gu Ya, and Gu Lan guarantees that she is healthy. Hens and other Elders had their say and knew that Gu Lan was a genius from the Gu Family in a century that Gu Heng couldn’t surpass her. They are impressed witnessing that Gu Lan has improved. They also talked about her Meridians that are blocked. Gu Bei is also excited that it is a lively day, which makes him join the fun. Hens and Gu Bei talked about Gu Clan’s younger generation. The Gu Clan is revealed to be sparing in search of fresh saplings.

Hens think Gu Bei can give that a try without thinking about winning or losing. We also heard about the Fate Realm and Gu Kuan, making them think about sparring matches. Some rumors revealed that the good-for-nothing guy with twenty wives would also participate, and they couldn’t believe that. One of the guys wonders if that is Gu Bei. They gossip about Gu Bei and mocks his reputation and that he has no 7-Grade Heavenly Spirit Root. Gu Bei’s cultivation is revealed to be at the bottom of the Earth Fate Realm.

Tales Of Demons-And-Gods-Chapter 350 will be released on 18 October 2021. That was a tough day for Gu Bei since everyone teased him even about his combat abilities. But some guys believed that Gu Bei might be hiding his true form and would humiliate everyone when he revealed that out. Gu Kuan joined the scene and had to beat Gu Bei to death. Nie Lie and Xinger witnessed that, and they had some comments. Gu Bei vs. Gu Kuan begins, and it is a fistfight. Let’s look at Tales Of-Demons-And-Gods Chapter 350 official details below. 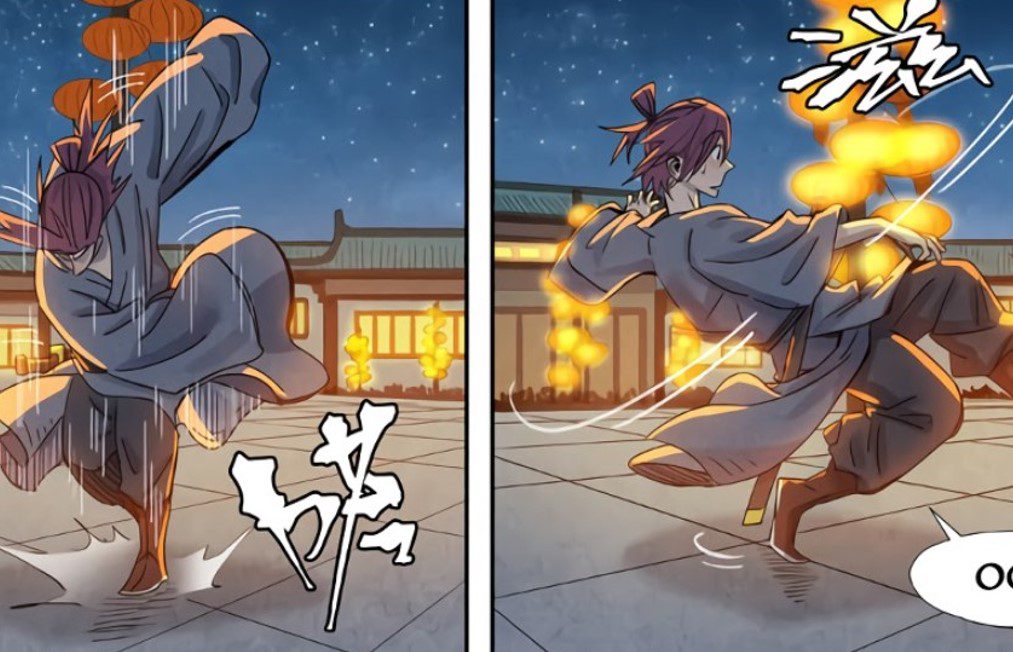 You will be able to read Tales Of-Demons-And-Gods Chapter 350 online on other websites. Tales Of Demons And Gods Manga is yet to reveal its official website, but the spoilers and latest chapters are released every week. The recent chapter had been delayed for several days, but now the manga continues with its weekly schedule. Gu Bei vs. Gu Kuan continues in the next chapter. Let’s meet when Tales Of-Demons-And-Gods Chapter 350 releases.