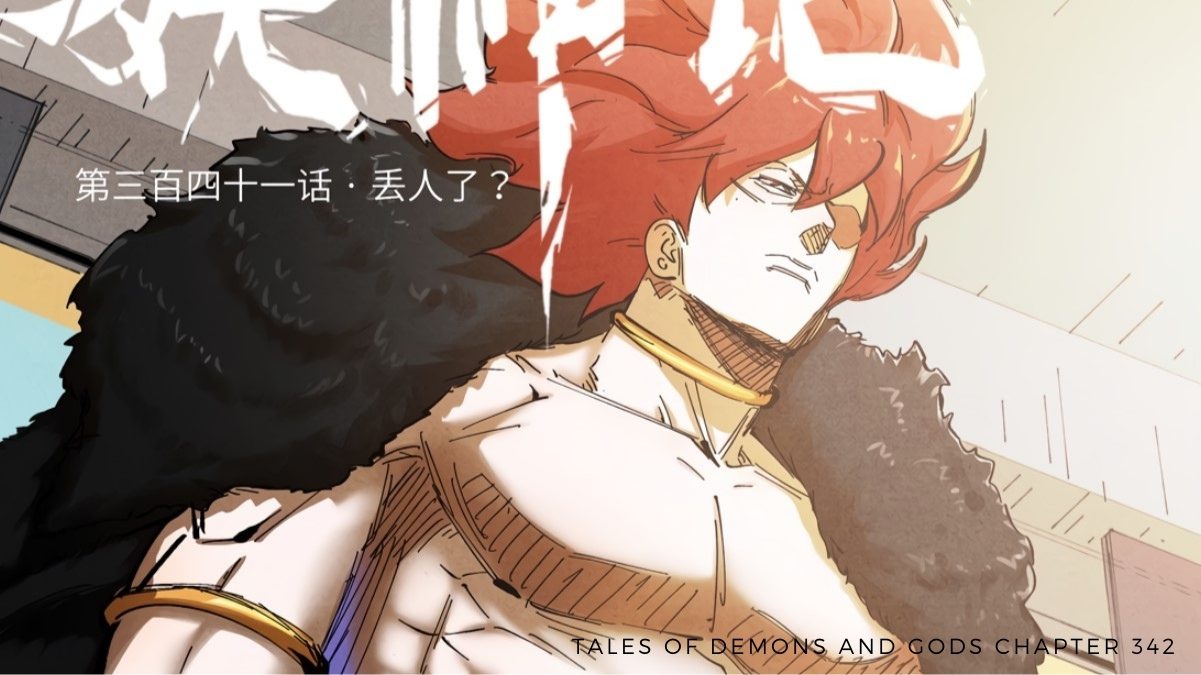 Tales of Demons and Gods Chapter 342

Nie Li took up the stage in a competition to demonstrate the usage of Dao intent, so Tales of Demons and Gods Chapter 342 will have us see how this continues. With various senior brothers showing their exceptional skills, he volunteered to go next just when the stage is about to close. A lot of people were really looking down on him, but he was so determined to join in the exhibition. So some of the audience thought that he is going to show great skills in his Dao intent the would surpass those of the Senior brothers.

As he was on his way, he whispered to Gu Bei that he should watch carefully with all his senses as it will benefit his cultivation later. Most of the audience continued to look down on him and had no greater expectations from him. He noted that earlier, someone had displayed their skills in calligraphy, so he offered to do the same and would not be showing a different form of Dao intent arts. Gu Bei wondered why Nie Li gave him such advice so it would appear that by making this gesture, he was aiming at him.

Before he could start, he told the audience that the word he will be writing up is only for those who are destined for it. But the general audience had already given up on him and found something else they could attend to instead. His Dao intent hasn’t reached the destiny realm yet, so as a junior brother, not much was expected from him. While others wonder what he could be trying to demonstrate, he went on and started writing something down. 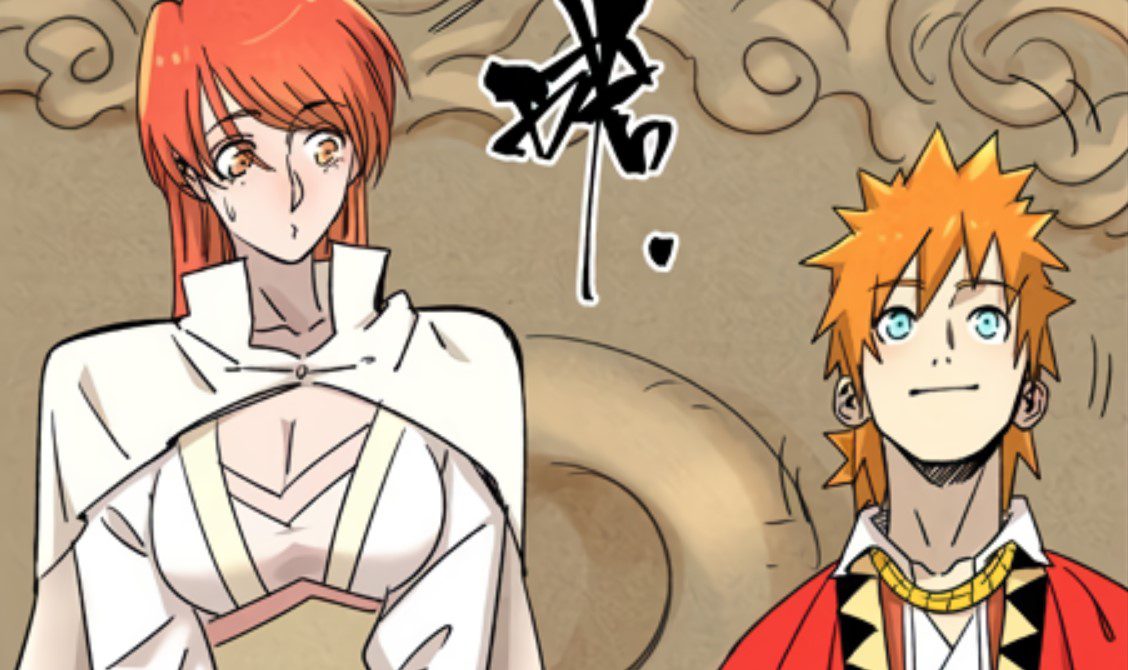 Tales of Demons and Gods Chapter 342

Previously on Tales of Demons and Gods Chapter 341

It appears like Nie Li was doing ordinary calligraphy as no Dao intent came from the writings he was doing. The audience was expecting to at least feel a little of Dao’s intent from his calligraphy, but nothing came, which was even disappointing to them. Even though he was reminded that the purpose of this competition is to display Dao’s comprehension, he continued with his calligraphy, and it was not clear what he was trying to portray. But in the end, all he did was just simple calligraphy drawings. Everyone in the audience was still wondering what happened because, at this point, this would not qualify as a Dao intent usage.

So, in the end, he appeared to have written down calligraphy for the word “Sword.” Aside from his calligraphic skills being advanced, there appeared to be nothing more to what he did. And even the program director was a little bit disappointed. Meanwhile, one of the senior brothers thought that maybe Nie Li might be some sort of a prodigy in Dao usage. But it turned out he went on the stage for a different purpose instead of demonstrating his Dao skills. We should wait for the next chapter to see how this would continue. Because at this point, it looks like Nie Li went up there for something other than his Dao usage. Before he took the stage, he whispered to Gu Bei that he should watch what he is going to do very carefully.

Maybe the next episode will reveal what will happen afterward, as this is only the first section of chapter 341. The rest of the section will reveal more about what is really happening with Nie Li or if he is just stupid in the same way that the Senior brothers think he is.

Tales on Demons and Gods Chapter 341.5 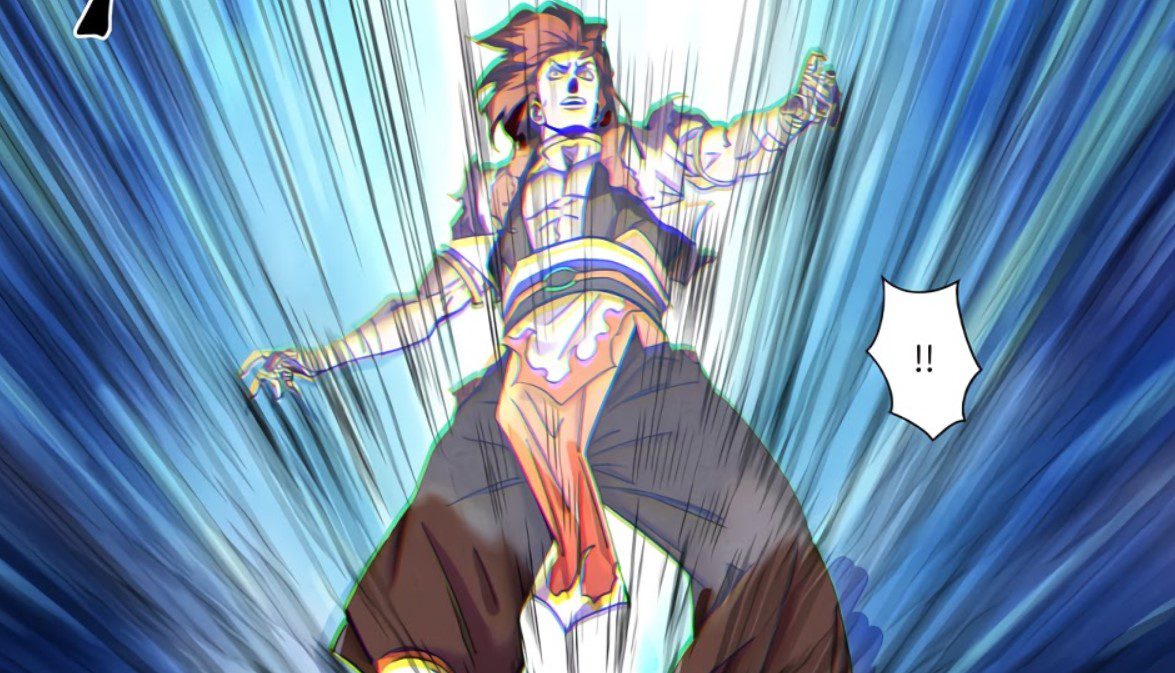 Tales of Demons and Gods Chapter 341.5

The last section of Tales on Demons and Gods Chapter 341 was released on 21 August 2021. This means that we are just a few days closer to getting Tales of Demons and Gods chapter 342. usually, thin happens within two or three days. So, later on, we will also look at the schedule for the next chapter and when we should expect it.

To be safe, you should check for updates daily because, at times, some chapters are released early. Looking at Tales of Demons and Gods chapter 341.5, Nie Li continues with his calligraphy demonstrations with hidden Dao intent.

At first, the audience laughed at him, thinking that what he did was simple calligraphy. So the previous section had everyone believe that Nie Li seems to have no Dao skills at all.

Nie Li drew a calligraphic word with a hidden meaning in it. He directed it to Bu Bei and told him to pay attention as this would help with his Dao training. So he was the first one to notice the true intent in Nie Li’s word.

Nie Li noticed that some of the senior brothers were starting to notice the meaning behind his word. He decided to erase his word before the senior sister could decipher its meaning.

This wasn’t very reassuring to the senior sister because if Gu Bei managed to see the meaning behind it, then this would mean that he is better than the senior sister. So she was a bit annoyed that Nie Li did not show her his calligraphy again.

Nie Li’s skills are said to have surpassed that of the senior sister Yan Yang who was the program director for the ongoing exhibitions. She could not comprehend the true meaning behind his calligraphy as he used a different skill of the Sword’s intent.

So this enabled him to keep his work hidden for a brief time that he managed to demonstrate. But as he noticed that people are starting to see the true meaning of what Nie Li just did. This was the case until Ning Ye caught a glimpse of Nie Li’s Sword intent before he could mask it.

He was more focused on portraying his message through to Gu Bei. So as soon as Gu Bei got the message, the Nie Li wanted to pass it to him. Nie Li decided to erase the calligraphy he had demonstrated.

This shows how exceptional his skills are because of just a single glimpse of what happened. Ning Ye managed to see that Nie Li’s sword intent’s depth was as deep as a bottomless ocean.

This is coming from only a brief look at it. But it looks like it will take Ming Ye a little while to understand it all. So if he had managed to look at it for a longer time, then the effects could have been way bigger than these.

This was as far as Tales of Demons and Gods Chapter 341 was all about. We managed to get to the end of the exhibitions, so it will be interesting to see what the aftermath of this will be.

Nie Li managed to surpass all of those who participated in the competition even though he was not part of it. He just wanted to show a different usage of Dao through his Sword intent instead of the Dao intent that the competition focused on from the beginning.

Soon we will get another chapter, but it will only be the first section of chapter 342. So without further ado, let’s look at the chapter schedule for the developments that will come next.