Takt Op. Destiny Season 2: Will it Happen? The Story So Far 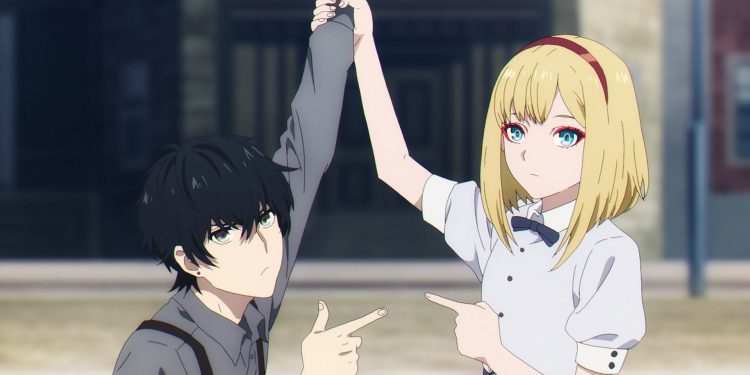 Takt Op. Destiny is an anime that is loved by fans not only for its intriguing storyline but also for its stunning visuals. The anime is a beautiful blend between action and classical music that come together to form a dystopian setting for the year 2047. Their story begins when a trio plan to make their way to New York but have many detours due to D2s. D2s are creatures who were a result of a black meteorite crash on Earth. To counter their attacks and protect humanity from them, there exists Musicarts. These are women whose purpose is to destroy D2s. They are controlled by people known as Conductors.

Two of our main protagonists include each of these, named Destiny and her conductor Takt. The third one of this trio is a girl named Anna, who also happens to be Destiny’s older sister when she was a normal human being named Cosette. Now, what attracts these D2s is music, not because they like it but because they loathe it. To avoid attracting these creatures, music is banned everywhere.

However, Takt, on the other hand, loves music and longs to be able to play the piano freely. Whenever he gets the chance, he finds ways to play beautiful classical pieces. However, when the D2s attack, Destiny takes charge, killing them all. Of course, she will need Takt to control her, so he too joins the battle with his conductor’s baton.

Takt Op. Destiny is a beautiful original creation made by MAPPA and Madhouse. Its first episode was released on October 6th, 2021. It has a total of 12 episodes so far. You can watch Takt Op. Destiny Season 1 on platforms like Crunchyroll and on Ani-One’s YouTube Channel. Since it is not based on any manga or light novels, can we expect another season of this interesting creation? Let’s look into it.

Will There Be A Season 2?

To be honest, once when we have watched various anime like Naruto or Bleach with over 200 episodes, 12 episodes worth of anime seems really quick to pass by. However, with an anime like Takt Op. Destiny, we cannot help but crave more episodes. Questions like “What happens next?”, “Will there be a greater threat?”, “When can I next see my husbando Takt or my Waifu Destiny again?” flood our minds. This makes us eager to know more about the story. Especially with the ending being a heavy yet hopeful one.

As of now, there is no announcement made for Takt Op. Destiny Season 2. MAPPA and Madhouse gave us this really cool anime, and these two studios never disappoint. They are always coming up with new ways to treat their watchers with great service. Don’t be disheartened, though. If there isn’t any announcement of season 2 made right now, we have the announcement of *drum rolls* Takt Op. Destiny’s Mobile Game!

Yes, that’s right! The game is developed by Game Studio and is titled “Takt Op”. To pre-register for the game, click here!

The anime opens with a narrator telling us a story of the events that took place before the year 2047. They start by speaking about a night when many shooting stars like things rained down on the planet. These shooting stars like things were beautiful stones. These stones possessed certain mysterious powers that nobody had seen before. Naturally, people tried studying and experimenting with these stones. This story then takes a dark turn when the narrator talks about a similar night, but this time “onyx stones as dark as night” rained down upon the planet. With these stones came down terrifying creatures who destroyed almost everything in the existing world. However, to prevent further chaos, the narrator takes a hopeful turn and mentions another set of groups who saved them.

We are then taken to the present world, where a child is seen pointing at a picture and asking her mother about the people in it. She calls them “Musicarts” and “Conductors”. According to her, these people possess the powers of the mysterious stones that fell for the first time, and they fight the other creatures, called D2, by music. Interestingly, the young girl is confused because she doesn’t really know what music means. When she says that they will someday be able to experience what music is, her son asks her whether they will be able to live in this town. “Hopefully”, is what the mother replies with.

The boy then goes out for a stroll and stumbles upon a piano. This keyboard is surrounded by barricade tape. It also has various wording on it that says things like “Be sure to play me someday”. This is when things get very interesting as the boy prepares himself, excitedly, to hit a note on the keyboard. Suddenly, a third hand appears and hits a note on the abandoned keyboard, which surprises the young boy. This was when Takt made his appearance. As he sat down to play Beethoven’s Symphony No. 5, a D2 appears rushing towards him in order to kill him. Takt plays on as he commands his Musicart, Destiny, to deal with the D2. This is where we are introduced to how their world functions years later after the meteor incidents.

We are also introduced to Anna Schneider in this episode. She can be considered as Takt and Destiny’s babysitter. Continuing their journey to New York to meet their older sister Charlotte (Lotte). Lotte is someone who can help Destiny turn back to Cosette. As they drive on, they come across a diner that has a D2 nest nearby. Here again, they engage in battle.

In the next episode, Takt is taken back to his father’s funeral and the time when he shifted to live with Anna and her sister Cosette. On an occasion, Cosette asks Takt to play the piano as she joined him in a four hands rendition. This attracted a lot of D2s, fatally wounding Cosette and damaging Takt’s right arm. As she died, the stone pendant Cosette had on her neck transformed her into Destiny. She then bit off Takt’s right arm and gave him his golden baton.

As they continue their fight near the D2 nest, Destiny loses her energy and collapses. This is when we are introduced to new characters Lenny and his Musicart, Titan. When Destiny wakes up, she hardly remembers anything about her past life causing and charges into battle when she sees a new swarm of D2s. This, however, weakens Takt as Destiny’s stamina is connected to Takt’s life force. After Titan and Destiny eliminate the D2s, the trio, along with the duo, continue their journey to New York through Las Vegas. On their way there, Lenny teaches Takt and Destiny to fight together harmoniously. As they make their way forward, they come across many other characters like Johnathan and Mr. Lang. However, the most influential people that are barriers to their plans are Commander Felix Shindler and his Musicarts Jigoku and Valkyrie.

When they arrive in New Orleans, Takt finds a bar that has something that could complete Takt’s love-life with Music – a soundproofed Basement. Over here, Takt plays “Rhapsody in Blue” on the piano. Elsewhere, Conductor Sagan realizes that the son of the “Rooster” Kenji, Takt was still alive. The trio continues their journey.

The trio arrive in a city where the people had been evacuated after a D2 ambush. While Takt began composing a musical piece, Destiny began questioning and wondering about Cosette. Meanwhile, Sagan warns Schindler not to interfere with Takt. After defeating a D2, Destiny noticing a bunch of D2s. Upon reaching the location, they find out about the dark side of Schindler. When the latter reveals that he sends D2s to poor areas to get rid of the people there and that one of these attacks was the reason Cosette died, Takt gets enraged and is determined to kill him. Sadly, Takt is heavily injured by Schindler’s Musicart, Jigoku. Again, we meet Lenny and Titan, who help Destiny fight the antagonists of the scene. Takt and Destiny join Anna while Sagan abandons Schindler.

When they arrive in New York and meet Charlotte, the latter tells them that they cannot go back to being normal. She also tells them that they should give up fighting if they wanted to continue living. Density, however, senses that Jigoku is still luring D2s underground. Lenny then contacts Takt and asks him to leave New York because of the true motive of the Symphonica and the event that led to Takt’s father’s death.

When a battle breaks out, Sagan kills Lenny while the latter was trying to protect Takt. Before dying, Lenny tells Titan to use her full power, which causes Sagan to run away.  In the following episode, we are introduced with Charlotte offering to store Takt and Destiny in a cryogenic state until she finds a cure for them. However, Sagan had other plans. Before Takt and Destiny run off to find Sagan and his Musicarts, Anna kisses Takt stating that she doesn’t know why she did what she did. Takt and Density then go on to fight Sagan. However, Sagan’s Musicarts, Jigoku, and Tengoku merge themselves together and call themselves Orpheus. Destiny is left to fight this new hybrid.

In the final episode, Sagan reveals his plan to destroy himself as well as the continent in order to save the world by sealing odd all the D2 with him in a Siderite Crystal. Takt then stops him by piercing him with Destiny’s sword-like weapon. This is when things take a sad turn, Density and Takt are seen laying on the beach together while Takt is humming his newly composed piece for her. He bids her good night and loses consciousness. After a while, she kisses him and tells him that she loves him and disappears. Takt is seen with a new right arm.

In the time-skip epilogue and after the end credits of the season finale, Anna is seen to have joined Symphonica, the place where Charlotte works. She is seen wearing Cosette’s pendant. The last scene ends beautifully as Anna accepts her new role as Takt’s Musicart, Density.

Ruti Defeats Sacred Avenger In Banished from the Hero’s Party, I Decided to Live a Quiet Life in the Countryside Episode 13