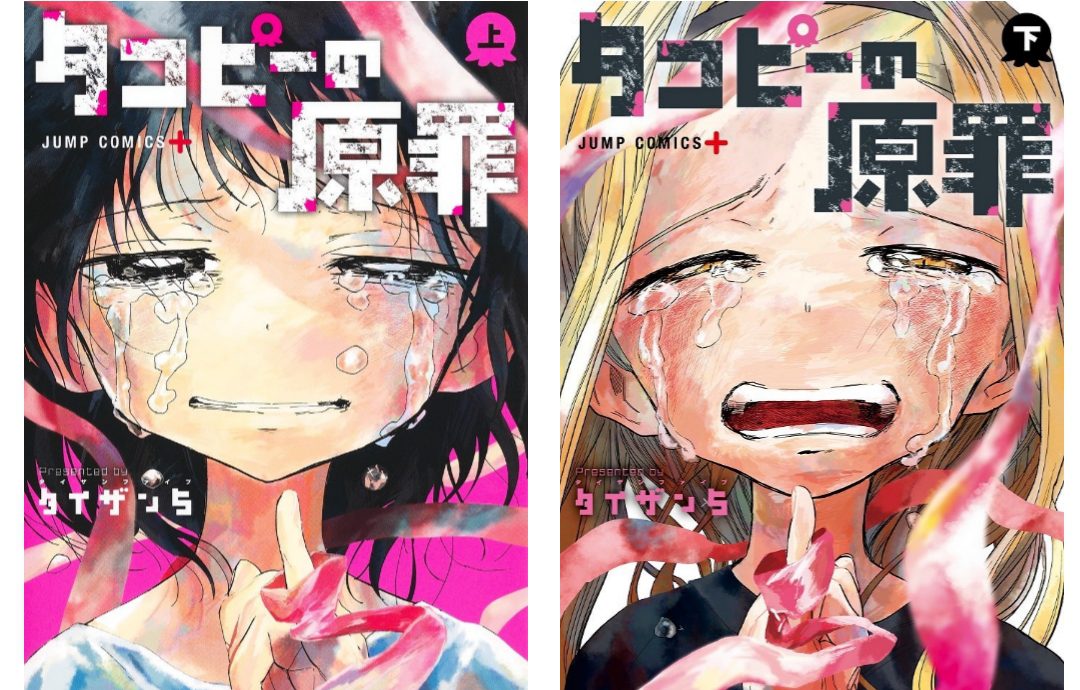 A one-month journey concludes with 16 chapters and two volumes. Takopi’s Original Sin was easily one of the most moving manga I have come across. There were twists, there was pain, there were little laughs, and there certainly were moments where I wished it would stop getting so messed up. The past 16 weeks rode through the most twisted emotional rollercoaster that made me feel emotions I had never encountered. With chapter 16, the manga has finally concluded and we are more than thankful to the original creator for such a glorious production. Takopi’s Original Sin ending explained the deeper truth of trauma using tools of fantasy and magic.

Takopi’s Original Sin is written by Taizan-5. The manga was launched by Shueisha with a pre-planned three-month schedule. However, within this short period, the manga managed to grasp thousands of readers’ attention. The story touches on the very sensitive topic of child abuse. In a world where children are loved, there also exist children who suffer from the mistakes and mistreatment of their parents. Takopi’s Original Sin is a story dedicated to all such children who feel alone.

Chapter 16 concludes the manga by bringing happy tears to the reader’s face. As if talking to us through the panels, Takopi brings us the happiness that he promised.

Chapter 16 opens in 2016, back to the time when the picture was taken. Everything is back to what it was except that Takopi no longer exists nor does anyone remember him. Shizuka is still bullied by Marina, Azuma refrains from interfering, and Chappy is still alive and with Shizuka. The chapter is narrated entirely by Takopi as if he is talking to all the characters. As Marina mentions Dokudami, she startles herself.

At a distance, Azuma kun is surrounded by other classmates as he tells them about his brother. But on mentioning PS4, the other students get distracted and start talking about it. They ask Azuma to let them play with him.

The manga panels shift to the ominous day when Marina Chan leads Shizuka to the forest. Marina bullies her. Shizuka suddenly lays her eyes on a notebook where Takopi had previously done her homework. Amidst the doodle, they see Takopi’s figure drawn roughly. The two vaguely start describing Takopi as someone who is completely useless but talks a lot but that’s enough because talking brings happiness. They begin crying but they don’t know why either.

Takopi continues narration as he speaks to all children who are victims of abuse. He tells them that even if he is unable to do much, he wishes that they grow up to be fine adults.

Shizuka and Marina grow up as friends, overcoming the bridge of negativities that their parents had created between them. 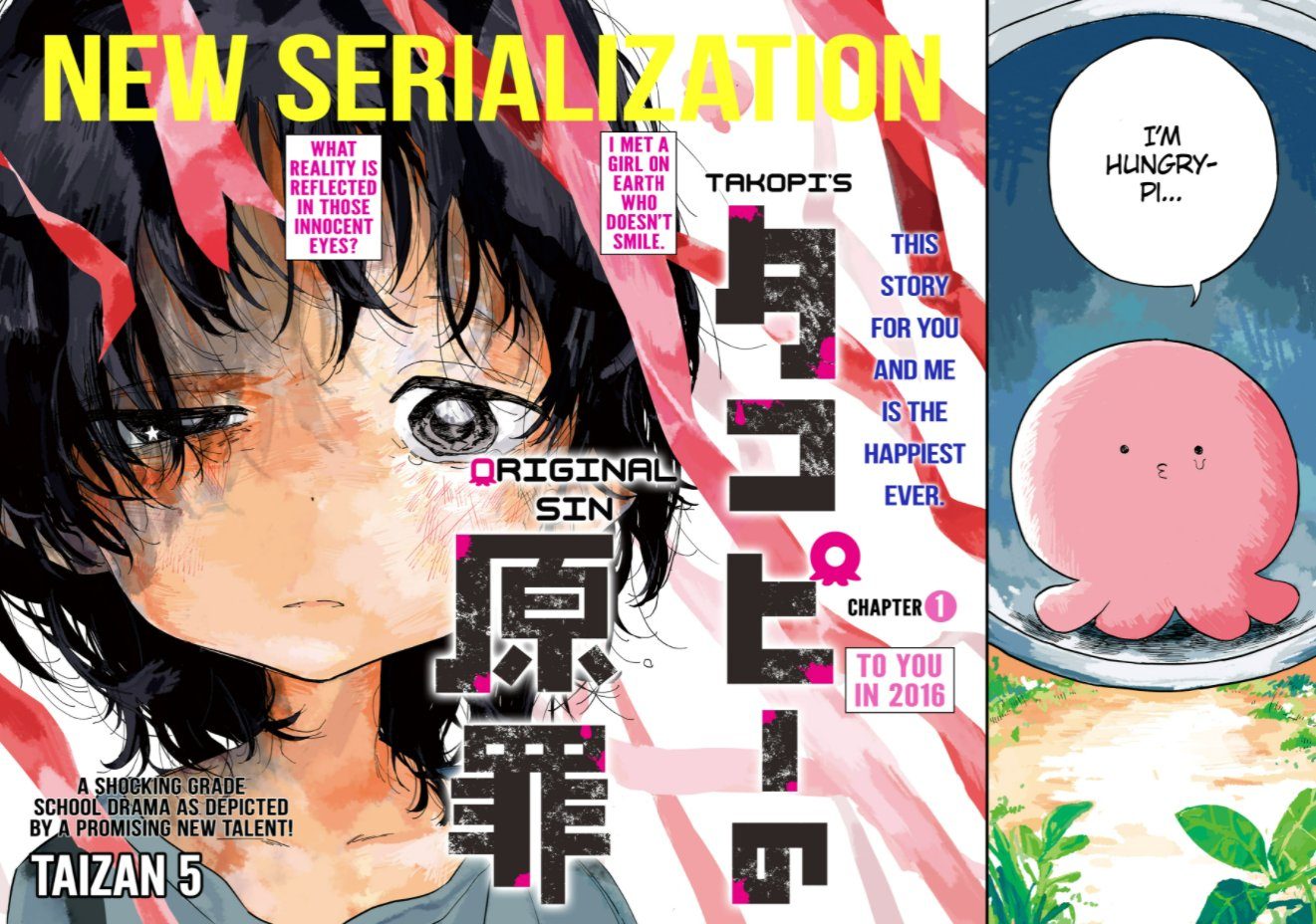 Takopi’s Original Sin ending can be well compared to a rainbow after a storm. A lot of things are never explained by words but can be understood through the events that follow. After Takopi sacrifices himself, he brings everyone back to 2016 when the picture was taken. This means Takopi had existed a day ago on Earth in 2016 before he vanished (since he had arrived a day ago and met Shizuka). This explains the doodles on the notebook from the time when Takopi had tried to help Shizuka do her homework.

So how did Shizuka and Marina remember him?

The truth is Shizuka and Marina never really remember Takopi. To them, he is just a vague memory that once made them happy. In the chapter’s beginning, Marina tries to bully Shizuka by asking her why she was not wearing the Dokudami flower that day. However, she is shocked at herself as to why she had even mentioned the flower at all. The Dokudami flower was in fact Takopi previously but given that he had disappeared, they should have forgotten about him. However, they had snippets of memories embedded in their mind which made them remember such small details. 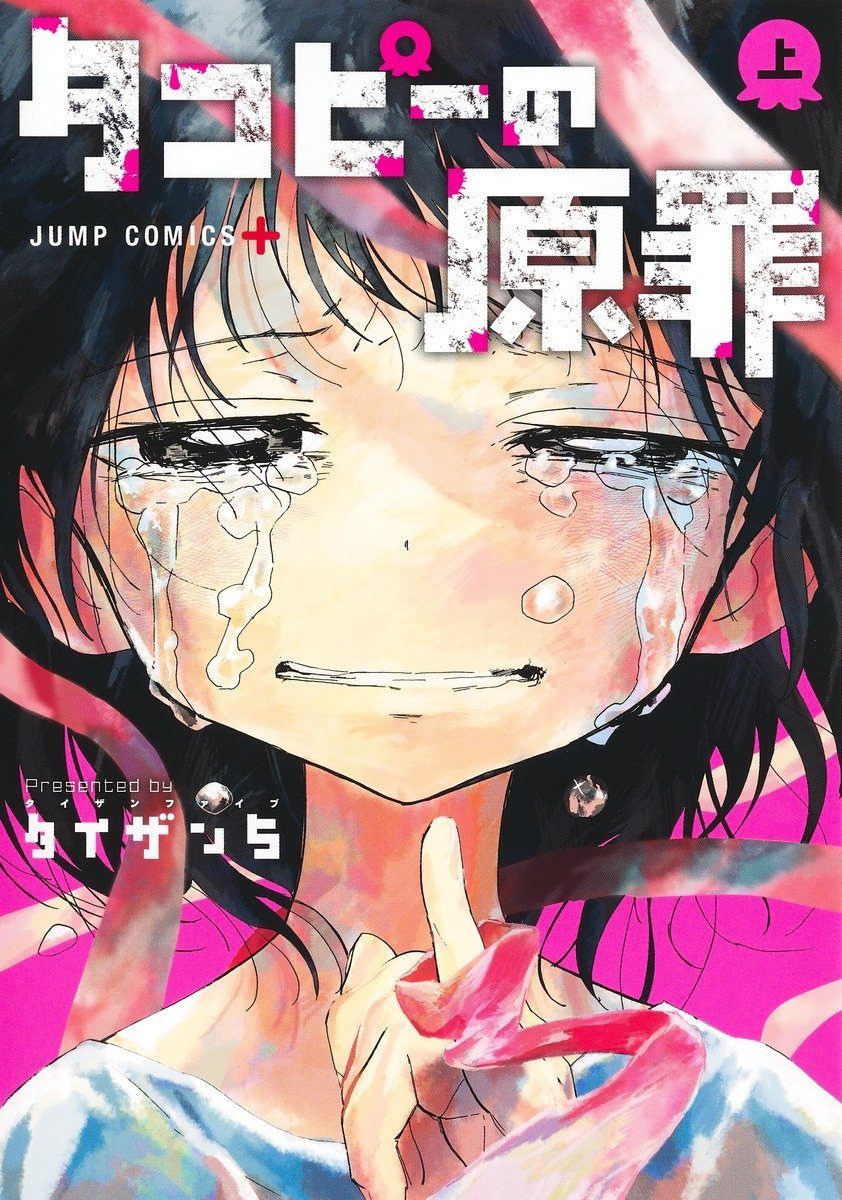 The same thing happens when they see the doodles on Shizuka’s notebook. It triggers a part of their brain to think of a certain somebody they felt was useless but hearing it talk made them happy. Subconsciously they realize that Takopi was gone which triggers them to cry.

In the manga’s final panel they seem to remember the name of the ‘Saturn Rabbit Ballpen’ but they do not know what it means. The phenomenon is somewhat similar to how Takopi had previously forgotten all about his promise to Marina. However, on seeing Shizuka’s eyes, his once lost memories return.

The changes in the future

Once Takopi brings them back to 2016, a number of changes take place. Of course, Marina and Shizuka are now friends but we can also see changes in Azuma. Azuma is closer to his brother. When he mentions PS4 to his classmates, he is finally able to make friends. He had always been troubled about not being acknowledged. However, finding friends who focus on him and want to play with him for who he is, warms his heart. 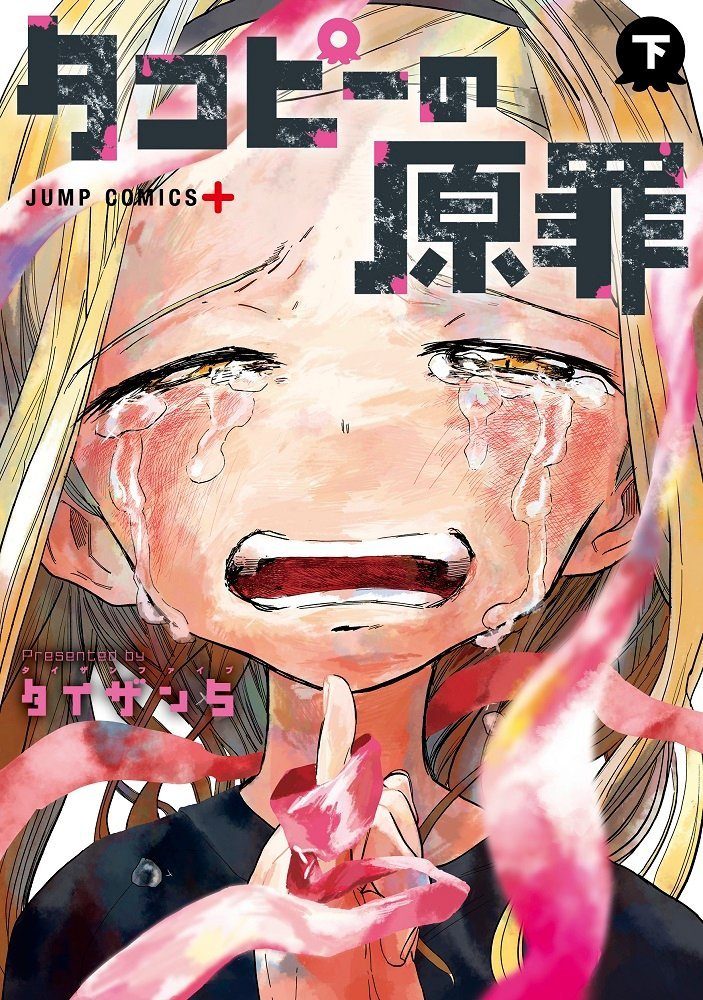 There’s a deeper message that Takopi’s Original Sin ending portrays. Marina, Shizuka, and Azuma represent three children who get caught up in the emotional hazard of their parents. Once Azuma opens up to his classmates, he feels better. As for Marina and Shizuka, the two were in a similar pit. As they realized the similarities between their situation, they came closer. 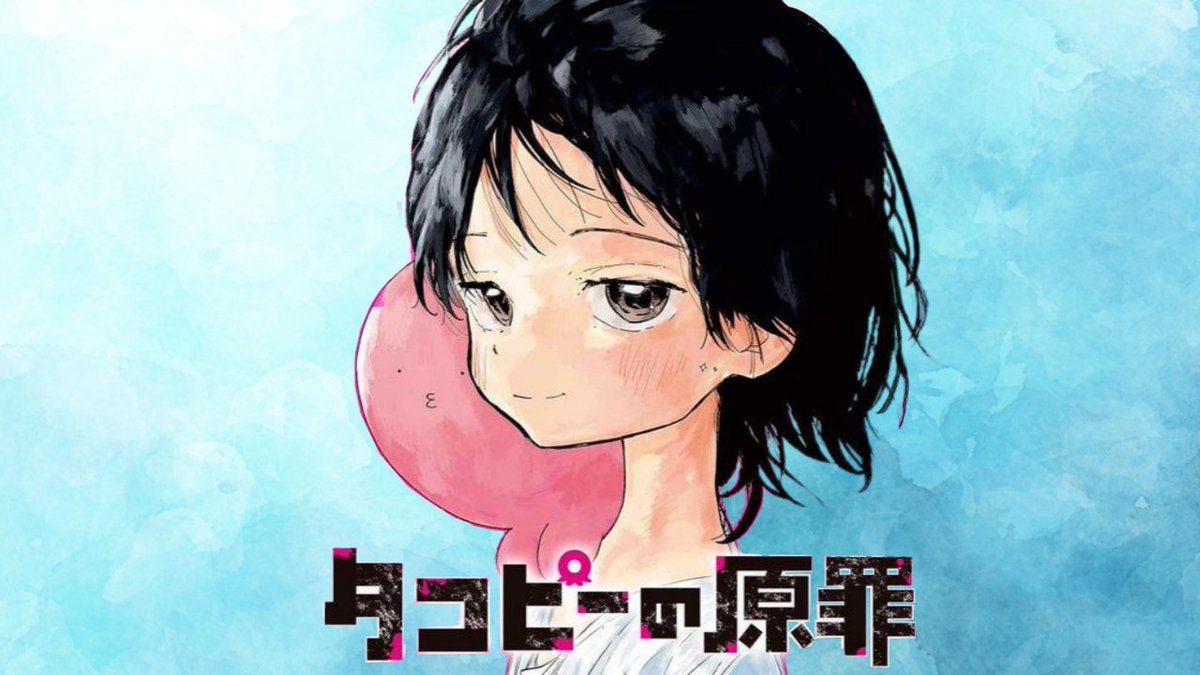 Many times, we take a calculative approach to a problem as Takopi did. He felt that to solve a problem, he needed to give them a solution. The solution could be either to evade the problem or eliminate it. However, what he eventually realized is that sometimes a problem needs to be endured and when it comes to that, what humans need is someone to stay next to them. This is exactly what Marina and Shizuka found in each other in the end – the shoulder to rely on and someone to understand. Once they had found each other, there was no need for Takopi to bring them magical toys to keep them happy.