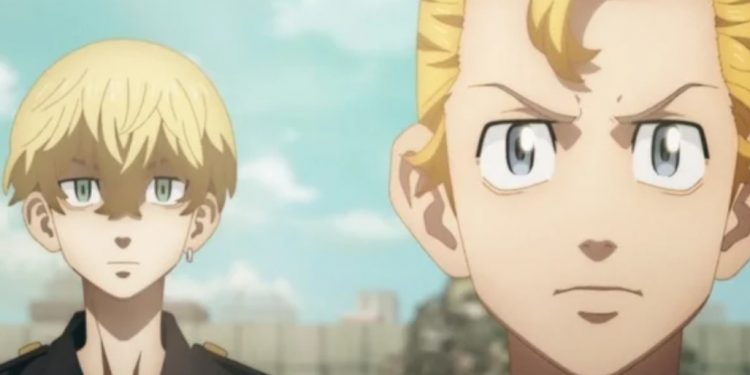 Tokyo Revengers Chapter 237 has returned after a break, revealing the aftermath of the battle between the Three Deities. Takemichi opens his heart to Hina, and the new journey has begun. Tokyo Revengers reveals Takemichi’s new journey since he wants to handle the battles alone. In the recent chapter of Tokyo Revengers. Takemichi and Hina went out to see the fireworks, but Takemichi is still recovering. Hina tries to cheer Takemichi, making him forget about what happened during the battle. The couple arrives on top of the building and sits next to each other.

He knows that he messed up when he wanted to achieve that goal and gained more friends and allies. But that increased the number of people he wanted to save, and his hands became full. Takemichi believes that Mikey saved everyone he wanted to protect, and it is hard for him to accept that Mikey is left alone in the darkness. He stood up and talked about what Hina told him ate Musashi Shrine. Takemichi asks Hina if she remembers what he told her that day. Hina met with Takemichi lying on the ground at Shrine and reminded him that he was not Drunken or Mikey. The chapter title is “Band of Brothers.”

Hina realizes that she remembers what she told him and that she told him that Takemichi-Kun is Takemichi-Kun. She smiles and asks him if she really said that, and Takemichi admits that he is not enough because he lacks strength. He remembers the day he tried to fight with Rokuhara gang members and hold another guy on the rear neck choke. He knows that he didn’t have enough power to knock out that guy. Takemichi shouts that he is Hinagaki Takemichi, who will rely on others and works with them to bring Mikey to their side.

Hina is glad that Takemichi made up his mind since he couldn’t carry that burden alone. Takemichi told her that he had taken a decision and he was confident that he would make his gang which would be the best gang ever happened in Tokyo. The two enjoy that night and head home after the fireworks. One month later, Takemichi wakes up and takes off the bandages around his hand. He realizes that his arm is healed and is ready to begin his mission. Takemichi admits that he is restored, and it is time to make his team.

He believes that he will make “him” a team member. Takemichi heads out, arrives at Palme Pet Shop, and meets Chifuyu. They greet each other, and Chifuyu asks him if he wants to pick up a fight after being discharged. Takemichi realizes that he has things to settle with Chifuyu since their last conversation didn’t end well. He apologized and told Chifuyu that he was not thinking well. Takemichi admits that he was struggling with his stupidity. Chifuyu thought it was a waste of time and told Takemichi to leave if he came to talk about that matter.

Tokyo Revengers Chapter 237 will be released on 12 January 2022. Takemichi can’t believe that Chifuyu was not listening and told him that he wants to make a team that will defeat Kantou Manji Gang. He asks Chifuyu to join him, but Chifuyu tells him that he is too late. Takemichi accepts, and Chifuyu tells Takemichi to wait since he will be quitting and cannot get his store in trouble. He realizes that Chifuyu will join him after quitting his job.  Let’s look at Tokyo Revengers Chapter 237 official details.

You will be able to read Tokyo-Revengers-Chapter 237 online on tokyorevengers’ official website. Takemichi cries after Chifuyu calls him a partner and hugs him. Chifuyu told him to stop crying like a baby. They decided on the new gang’s name: “Thousand Winters.” But Takemichi thinks he has a better one since that one is too long and hard to shout out loud. Tokyo Revengers Chapter 237 spoilers will release this coming week. Let’s meet when Tokyo Revengers Chapter 237 is released.