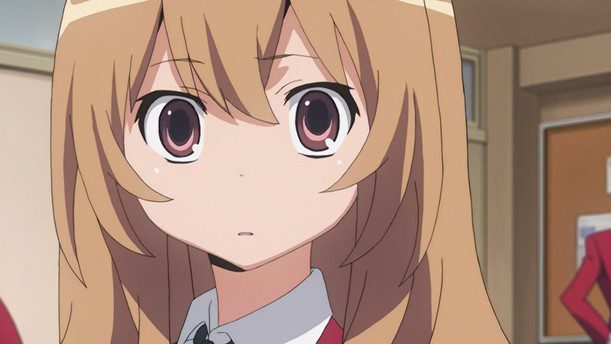 The main female protagonist of Toradora is Taiga Aisaka, an anime romantic comedy. She has grown to be very aggressive, bitter, and difficult to approach as a result of her insecurities about her appearance and broken family. Her interactions with classmate Ryuuji Takasu teach her to open up and be a kinder, more caring person who is willing to express her emotions over time. Taiga is well-known for being one of the most iconic tsundere characters. So,In this article we will look into some of the Taiga Aisaka Quotes.

Taiga’s personality at the beginning of the series earns her the moniker “Palmtop Tiger.” She becomes easily agitated over trivial matters, especially her underdeveloped stature for a girl her age, and reacts aggressively to people, with the exception of her only friend at the time, Minori Kushieda, and her crush, Yusaku Kitamura. Taiga is also clumsy, which others notice and she acknowledges. It is her clumsiness that causes her to attack Ryuuji Takasu twice, the second time in his own home, which is right next door to Taigas. Initially, Yusaku uses Taiga’s crush on him to calm her down whenever she becomes aggressive.

Taiga initially appears unable to handle domestic chores due to her background and relies on Ryuuji to do them for her. She also begins going to Ryuuji’s apartment herself to have meals cooked for her by Ryuuji, but after her behavior softens and in an attempt to bring Ryuuji closer to Minori, Taiga stops going and begins cleaning up after herself. She is still unable to cook anything other than basic rice balls, forcing her to rely on takeout in Ryuuji’s absence. Taiga is a fan of MMA, and her suggestion of a valetudo brawl to defeat Ryuuji was dismissed in favour of Ami’s suggestion of a swimming race.

Taiga acknowledges her struggles by the end of the series and is committed to her relationship with Ryuuji. 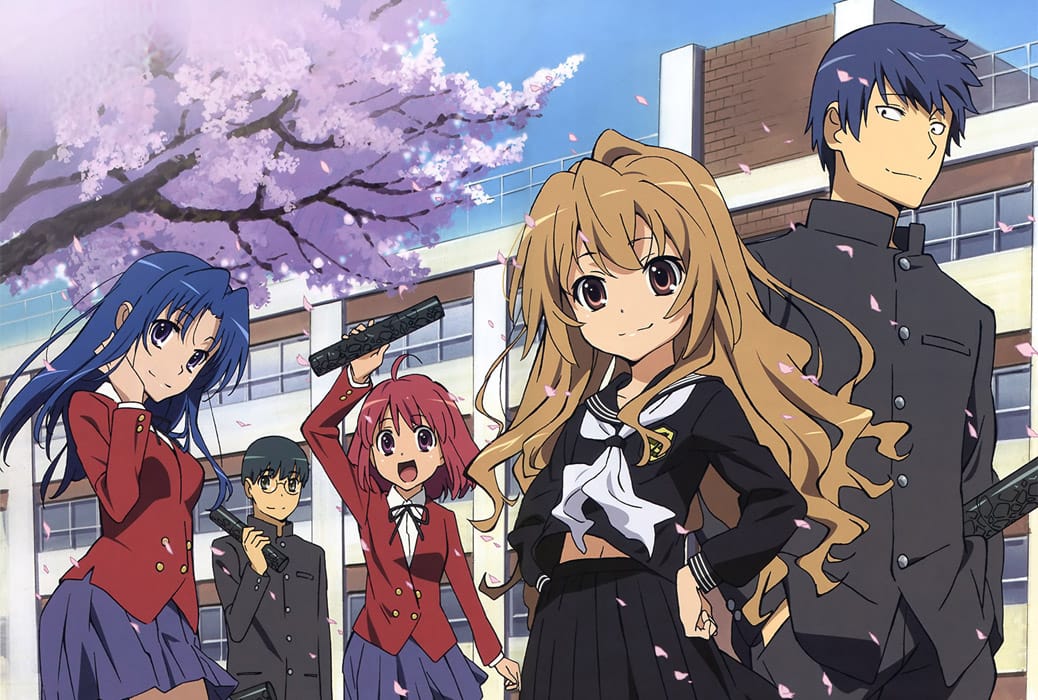 10. “Stop acting like an old man and living in the past.”

Ryuuji was unable to move on because he was stuck in the past. Taiga, being the wise and astute young lady that she was, advises him to let go of his past and enjoy his life for a change. 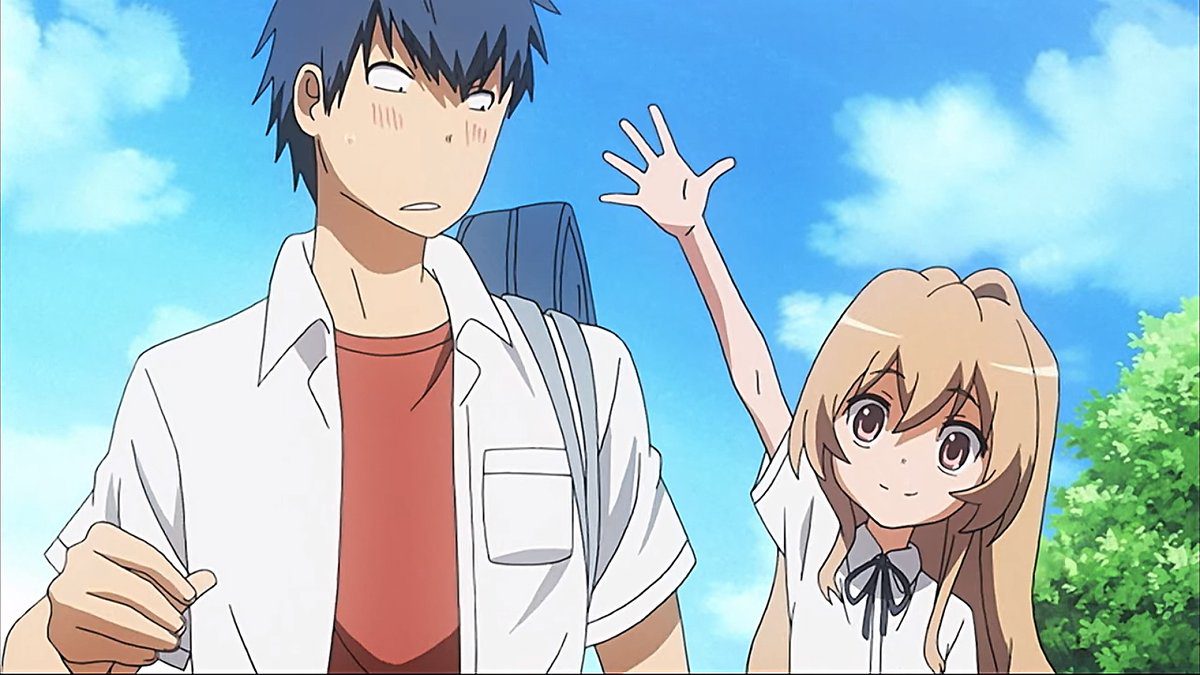 Taiga was at a crossroads in her life, unsure of what she wanted to do with her life. She was perplexed and frustrated, as she expresses in the preceding quote.

When a person has no idea what they want to do with their lives, even the smallest decisions, such as what they want to do that evening for fun, can feel overwhelming. Making any decision can lead to even more frustration, especially if others push them forward as if it should be easy for them.

Sometimes all we need in life is someone to be there for us. Someone who would be there for us when we needed a shoulder to cry on. For Taiga, it was Ryuuji.

Taiga developed a complex of being a burden to those around her as a result of how she was raised and the type of home environment she lived in. It isn’t mentioned much, but she does mention it at the end of the series as the reason she couldn’t stay with her mother. Throughout the series, however, Ryuuji only gives her reassurance, which helps her grow.

Taiga is quick to push others away and insist that she doesn’t want anyone near her, but this is also a pretty obvious fear-based front. Going through some of her quotes from the series, it’s clear that, despite her inherent desire to be accepted by others, she’s too afraid to seek it out for herself.

6. “The happiness of a dog is measured by how useful he is to his master.”

When the nature of Taiga and Ryuuji’s relationship is brought up, the Palmtop Tiger is quick to respond, claiming that it is nothing more than a simple master-and-servant relationship, with Ryuuji serving as Taiga’s ‘dog.’

This analogy, while harsh, is one of her defence mechanisms to avoid having to confront her own emotions. The scene that most notably solidifies this is when Ryuuji collapses after saving her from drowning and she possessively claims him as hers, saying that no one else can touch him, but then claiming that it was ‘just because he’s her dog’ when it was much deeper than that.

5. “I’m not going to run away any longer.” I need to change. I must accept everything. I’ll be proud of myself, and I’ll adore Ryuuji.”

Taiga says this in her final monologue before leaving. Taiga’s decision to leave is, in fact, a sign of her maturation. Because of her wrecked home life and broken upbringing, she cannot interact with other people without being rude and violent at the start of the anime series. Taiga sees her dysfunctional family as a metaphor for her personality. She is confronting herself by confronting her family. She can help herself by fixing her family.

Taiga repeatedly calls Sumire a coward as they trade blows, and she refuses to forgive her for injuring Yusaku. Ryuuji eventually intervenes and ends the fight, but Taiga continues to yell and demands that Sumire declare that she hates Yusaku if she refuses to accept his feelings. To everyone’s surprise, Sumire responds by saying that she wishes she could be a naive idiot like Taiga, but if she said she liked Yusaku, he’d sacrifice a lot to follow her – which is why she believes she can’t be an idiot. 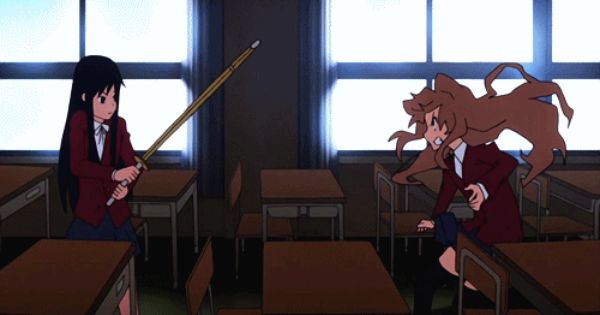 Sumire realizes too late that Yusaku has heard everything, and he ends up thanking her and telling her how grateful he is to have fallen in love with her. Nothing else happens until the teachers arrive, and while cleaning up, a few of the girls come across Taiga’s student handbook on the floor. Inside is a picture of her and Yusaku, and the girls, including Minori, realize that Taiga had feelings for him. However, before they can look at the picture beneath the first one, Ami seizes the handbook and demands that it be returned. Ami then walks past Minori, quietly wondering if Minori’s feelings of guilt have gone away.

3.”The thing you wished for the most, is something you’ll never get.”

Some things in life simply aren’t meant to be. We may never get those things, no matter how hard we try. All we can do now is accept it for what it is and move on.

2. “It’s not a matter of being correct or incorrect. There are more important things to consider. This is why apologies and forgiveness are required.”

Compromises are sometimes necessary to keep a relationship from disintegrating. It’s not always about being right. Sometimes you’ll have to bend a little and apologise if necessary.

When people become agitated and allow their emotions to boil over into full-fledged arguments, they may end up hurting each other to protect their stubborn pride. Taiga appears to be one of those characters at first, but with Ryuuji’s help, she gradually learns the importance of making amends with others. Taiga is the one who tries to mend Ryuuji and Minori’s relationship after they have a falling out.

1. “It doesn’t matter if you were raised without parents or if you don’t believe in God. “There’s someone out there keeping an eye on you.”

Taiga always puts on a brave, intimidating front to hide the scared, neglected child she is on the inside. Taiga’s father had left her alone for his new wife, with whom she had previously argued constantly, but all of her emotional issues had subsided around Christmas. 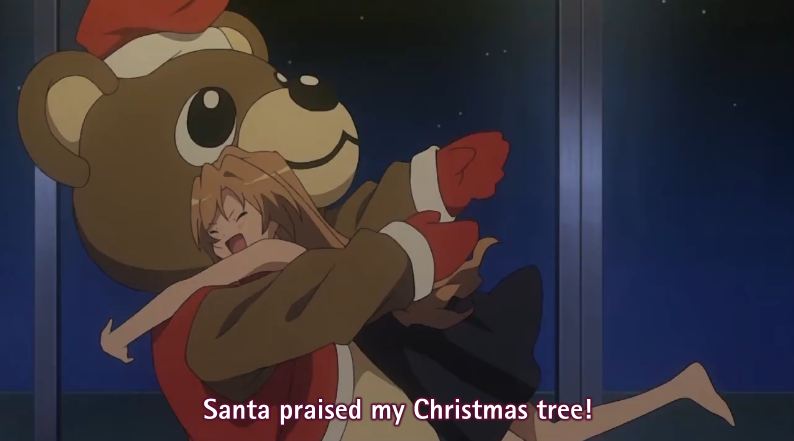 Taiga explained herself to Ryuuji with a quote that is both heartwarming and heartbreaking, telling everyone around her that she wanted to be a “good girl for Santa.”