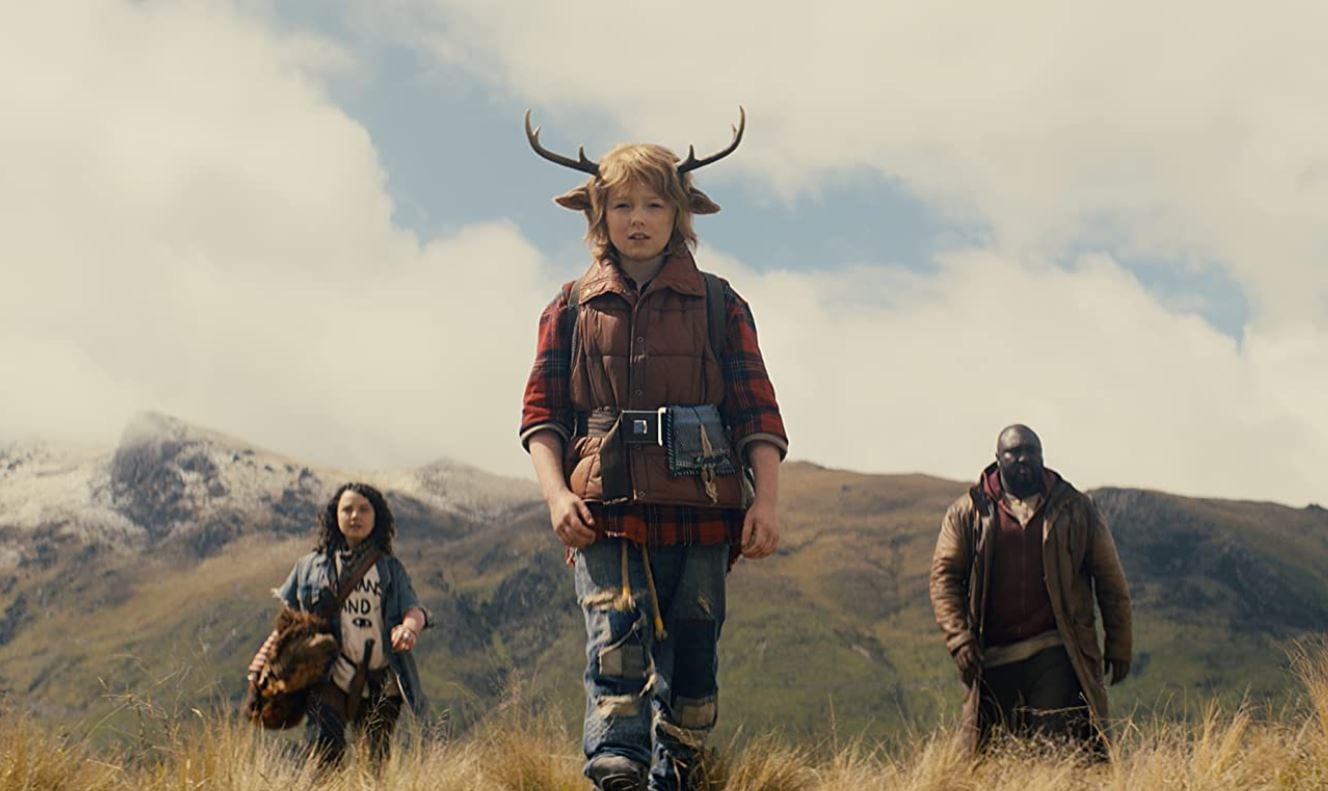 Sweet Tooth Season 1 Release Date is inching closer as the fantasy drama aims for an early June release on Netflix. This show is based on the DC Comic Book Series of the same name by Jeff Lemire. This 40 issue series is finally about to have its live-action adaptation as a Netflix Original Series. Initially, the show was ordered by Hulu, but after two years in development, the show was taken over by Netflix. Moreover, this DC-based TV show is to be Executive Produced by Marvel Cinematic Universe Legend Robert Downey Jr. and his wife, Susan Downey. They will act as two of the four executives along with DC Entertainment and Warner Bros Television. Now that the trailer for the show is out, let’s look at Sweet Tooth Season 1 Release Date.

Ten Years Ago there was a deadly virus dubbed as ‘The Great Crumble’ that happened to be a global catastrophe taking down human civilization. At the same time, there was the mysterious emergence of half human-half animal hybrid babies. But as the people were unsure if the hybrids were the ones to cause the Virus, or did they emerge due to them, humans feared and hunted them. The story follows a half deer-half human bit named Gus. He lived a decade away from humans in his own home in the secluded part of a forest. But one day as he ventures out of his walls, he encounters a lone traveler named Jepperd. So along with him, Gus set on a new adventure to search for the answers to his origin and Jepperd’s past.

Sweet Tooth Season 1 is set to be released on 4th June 2021, on Netflix. This eight-episode series is set to be released altogether at the same time. This could be expected to come out sometime around 12:00 am PDT. Initially, the series was to begin filming back in May 2020. Unfortunately, the production couldn’t start at that point due to the impending restrictions imposed due to the coronavirus pandemic. Nevertheless, the principal photography for Sweet Tooth began in July 2020. New Zealand has become one of the safest countries in the world, allowed the shoots to begin in October 2020. So, despite the fact that there were global restrictions, the filming resumed all the way through mid-December. And finally, all of the production got wrapped up by January 2021. Now, in the past few months, the team worked on post-productions preparing for its imminent release next month. 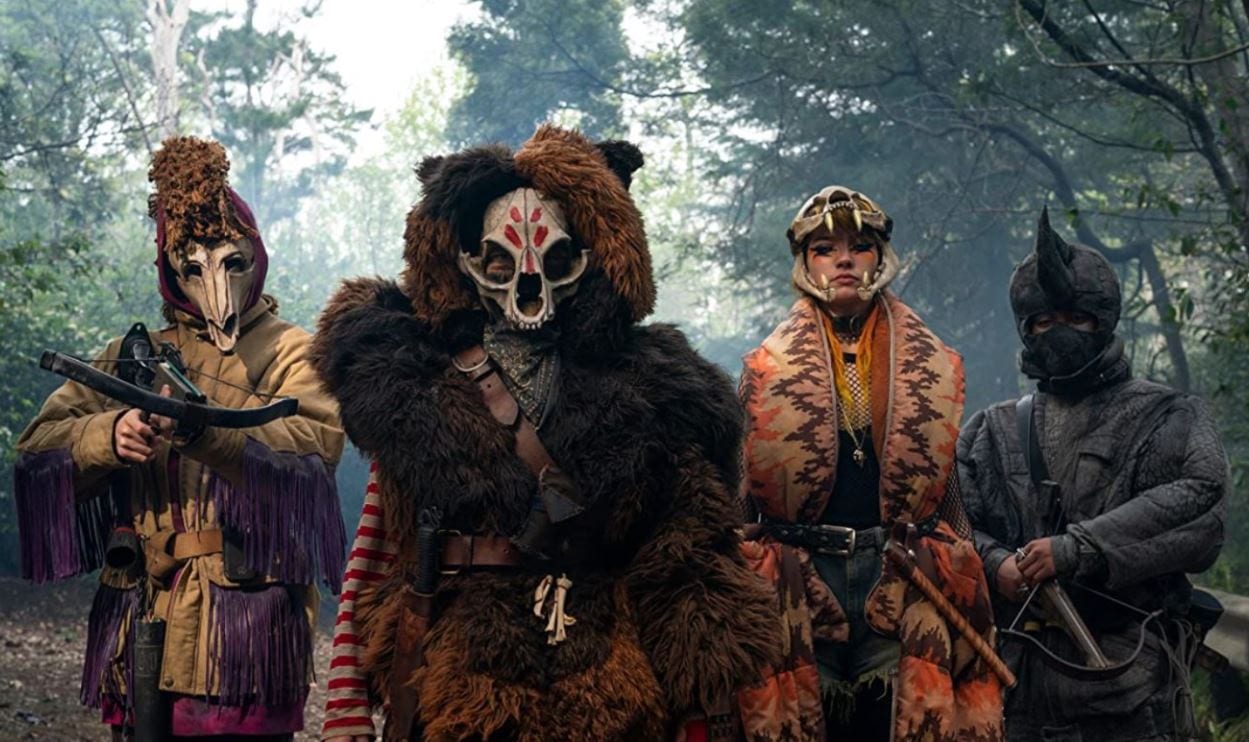 Also Read: When Does Rick And Morty Season 5 Come To Netflix?

Who Will Be In The Cast?

The primary cast of Sweet Tooth will be led by child actor Christian Convery. He will be playing the role of Gus, the half deer-half human hybrid who has been nicknamed Sweet Tooth for his liking towards Chocolate. This year, he will also be appearing in the Highland Films drama, ‘Tiger Rising’. He will be tagged along by the former ‘Cinderella’ and ‘Conan The Barbarian’ star Nonso Anozie. He will be portraying the role of Jepperd, a drifter. Jepperd is a loner who fiends Gus when he was being chased by some dangerous men. While he does keep Gus safe, his own intentions are unknown. Stefania LaVie Owen, who previously appeared on ‘Running Wilde’, will be playing the role of Bear. While Dania Ramirez, the former ‘Sopranos’ star, will join the cast to play the role of Aimee. 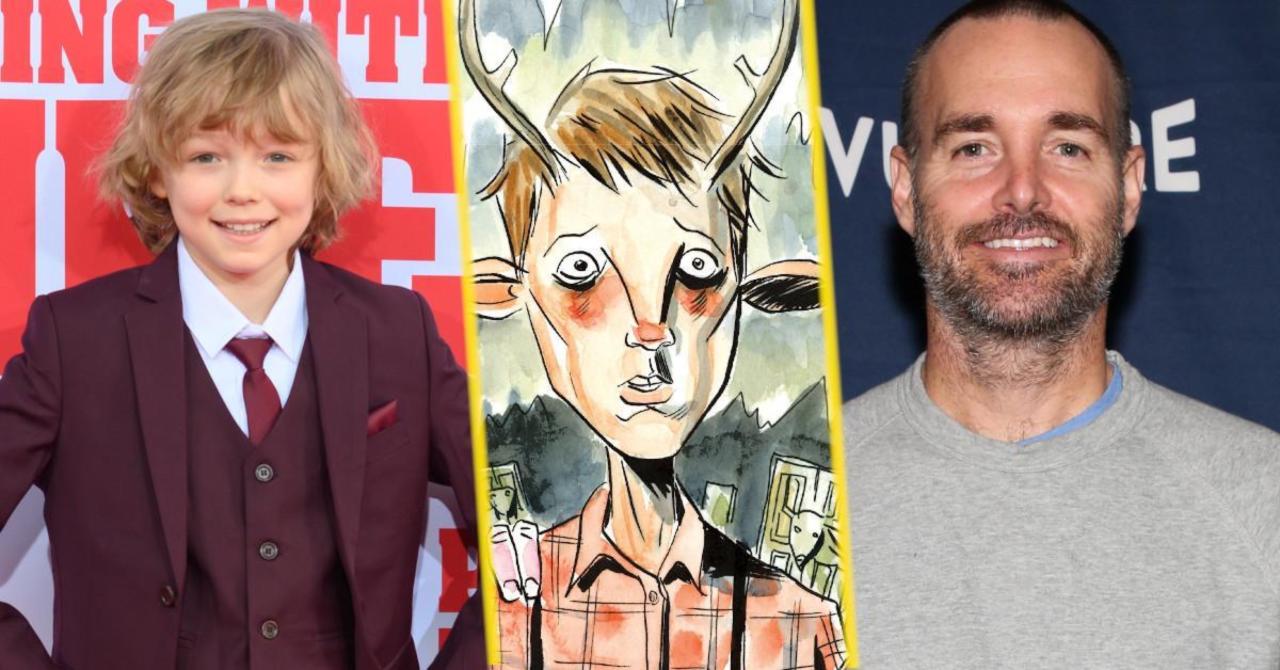 Christian Convery and Will Forte

The secondary cast members include Will Forte, who will be playing the role of Gus’s father. He asks Gus to never leave their home and not to cross the fence no matter what the circumstance. He is best known for his appearances in ‘Saturday Night Live’ and comedic roles in ‘The Last Man on Earth’ and ’30 Rock’. Adeel Akhtar, who was part of ‘The Big Sick’ will play Dr. Singh. He will be an expert in medicine who will try and seek the missing link between the deadly virus to ravage the human race and the human-animal hybrids that emerged at the time. Neil Sandilands, who is known for his role in ‘The Flash’, will be playing cold military mind, General Steven Abbot. He will act as a formidable foe to both Gus and Jepperd. Lastly, we have James Brolin as the narrator of the show.

Also Read: Eden On Netflix: Everything You Need To Know