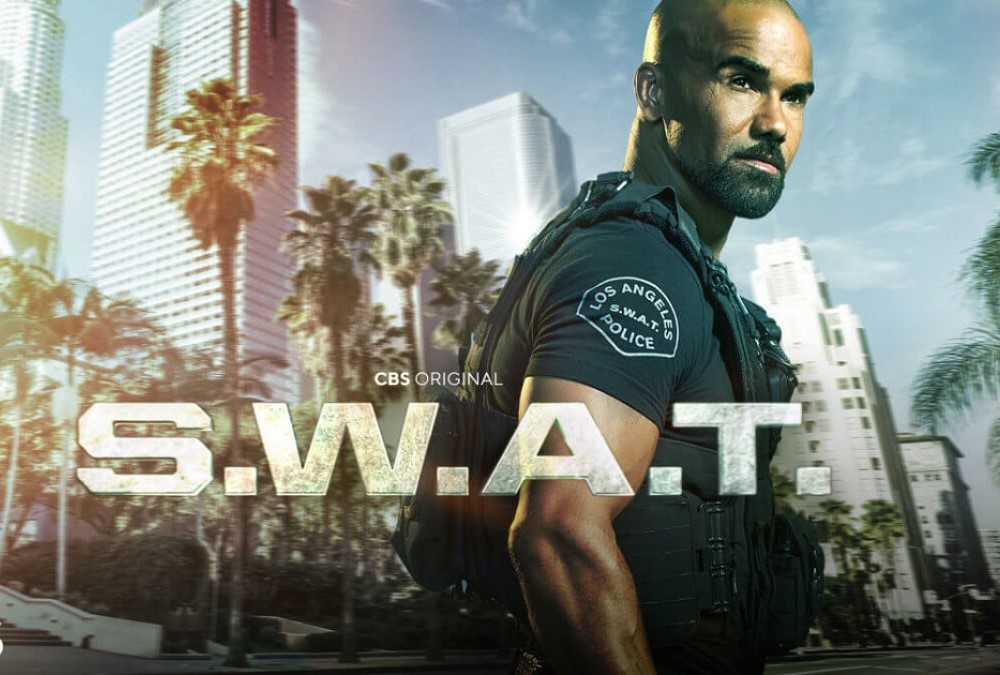 SWAT Season 4 Episode 15 is coming out soon and here's all you need to know about it.

‘SWAT’, the American action drama TV series, has returned with its fourth season and will soon be airing its fifteenth episode. Developed by Aaron Rahsaan Thomas and Shawn Ryan, the show aired its pilot episode on 2nd November 2017. It recorded a mindblowing 6.74 million US viewers from its premiere itself. It amassed a few mixed reviews from the audience as well as the critics. However, the audience gradually started liking the plot, and the critics also lauded the performance from Shemar Moore deeming it as charming and well-dictated.

In fact, the show now has an average rating of 7/10 on IMDb and an average score of 77% on Rotten Tomatoes. Consequently, CBS has renewed the action drama over and over for quite some time. As a result, the show is now airing its fourth season. So, let us dive deeper into this article to find out everything about the show and its upcoming fifteenth episode.

Everything you need to know about ‘SWAT’:

‘SWAT’ is an American TV show developed by Shawn Ryan and Aaron Rahsaan Thomas. It runs in the genre of crime and action drama and is based on a TV series with the same name by Rick Husky and Robert Hamner (1975-1976). The show has aired a total of 80 episodes to date over the course of its four seasons (with the fourth season currently airing). The series airs an episode on CBS every week, with each episode having an approximate runtime of 44 minutes. Nicolas Bradley and Shemar Moore are the producers, while Shawn Ryan, Aaron Rahsaan Thomas, Neal H. Moritz, and Justin Lin are its executive producers. MiddKid Productions, Kansas Art Productions, Original Film, Perfect Storm Entertainment, CBS Studios, and Sony Pictures Television Studios are the production companies that had funded the project while Sony Pictures Television and CBS Media Ventures are its distributors. 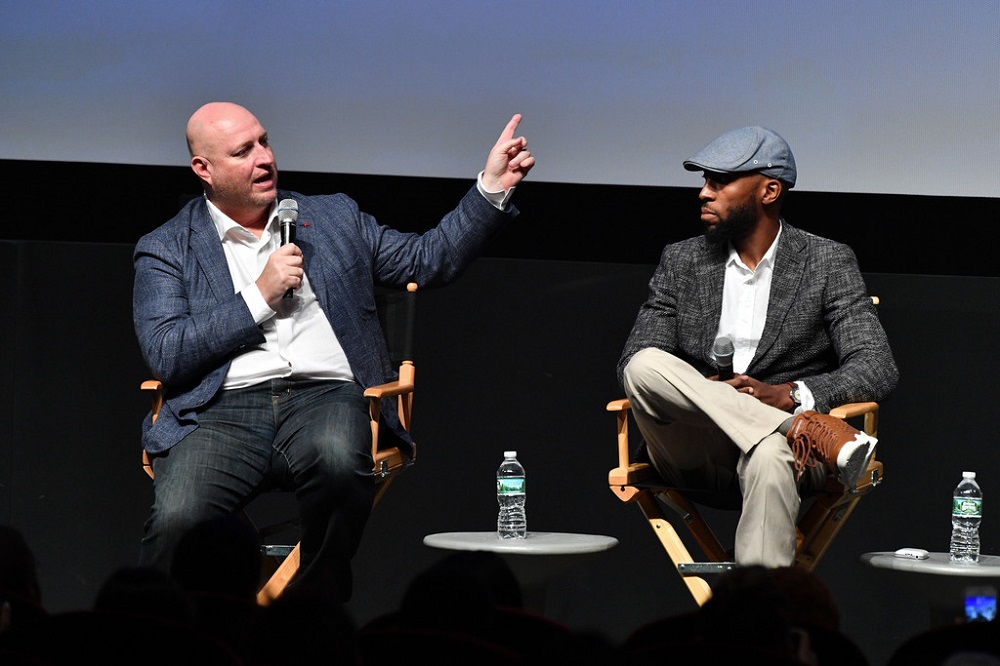 A still of Shawn Ryan (left) and Aaron Rahsaan Thomas (right), the developers of the series ‘SWAT’.

SWAT Season 4 Episode 14, which was released last week, was titled “Reckoning”. Maja Vrvilo had directed the episode, whereas Amelia Sims had written it. In that episode, we got to see the team working with all they have in order to prevent a violent attack on the city. Consequently, they are forced to come face to face with the group that was behind the death of a team member. Apart from all this, Leroy and Hondo have a disagreement on how to deal with the challenge of Darryl’s emerging business. All and all, the episode left the viewers with mixed feelings and lots of questions. However, the next episode is coming out soon to clear all your doubts. So, let us have a look at some spoilers for the upcoming fifteenth episode of SWAT Season 4. 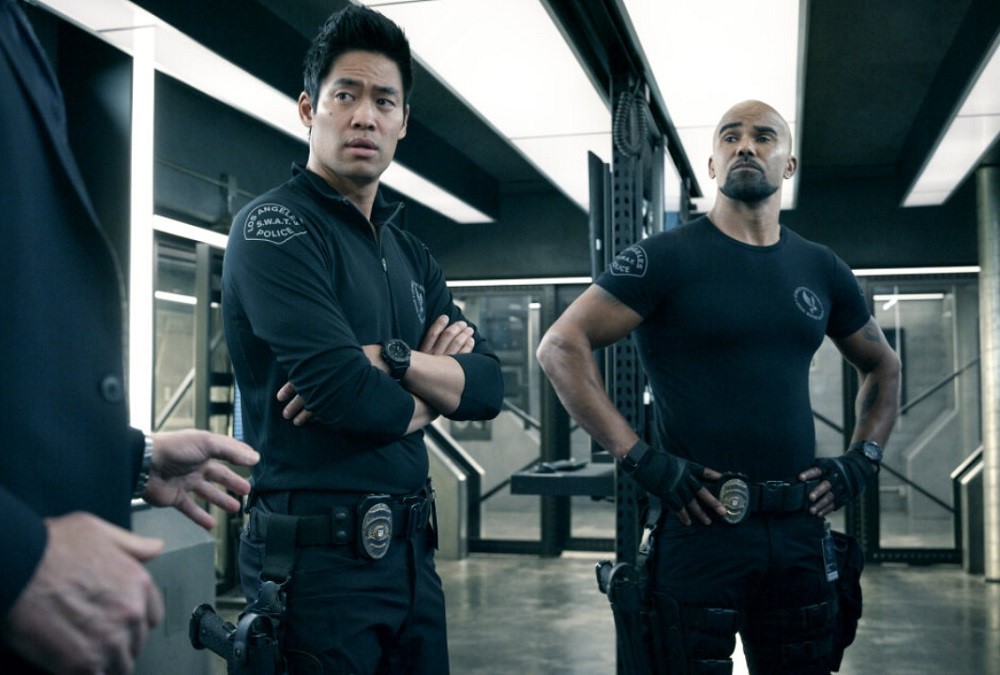 A still from SWAT Season 4 Episode 14, i.e., the previous episode.

SWAT Season 4 Episode 15 is titled “Local Heroes”. Jann Turner has directed the episode whereas Matthew T. Brown has written it. In this upcoming episode, we will get to see the team trying to locate a media-savvy crew of bank thieves. They regard themselves as a group of modern-day Robin Hoods. On the other hand, we will see Deacon and Hondo fight over how to deal with a bunch of cops’ racist views. TV Promos has even released a trailer for the fifteenth episode of SWAT Season 4 on their official YouTube channel. It has already crossed 71k views, and you can watch it below.

SWAT Season 4 Episode 15 is going to release on 5th May 2021, i.e., on Wednesday at 10 PM ET. You can tune in to CBS at the time of the broadcast mentioned above to watch the episode. Nevertheless, you can even stream the episode on the official website of CBS or its app just a day after its official broadcast. Aside from all this, the episode will even be available with the option of renting or buying on Video on Demand services. Some of them are YouTube TV, Amazon Prime Video, and iTunes. So, gear yourselves up as the SWAT team will be returning this week with yet another action-packed and gripping episode.