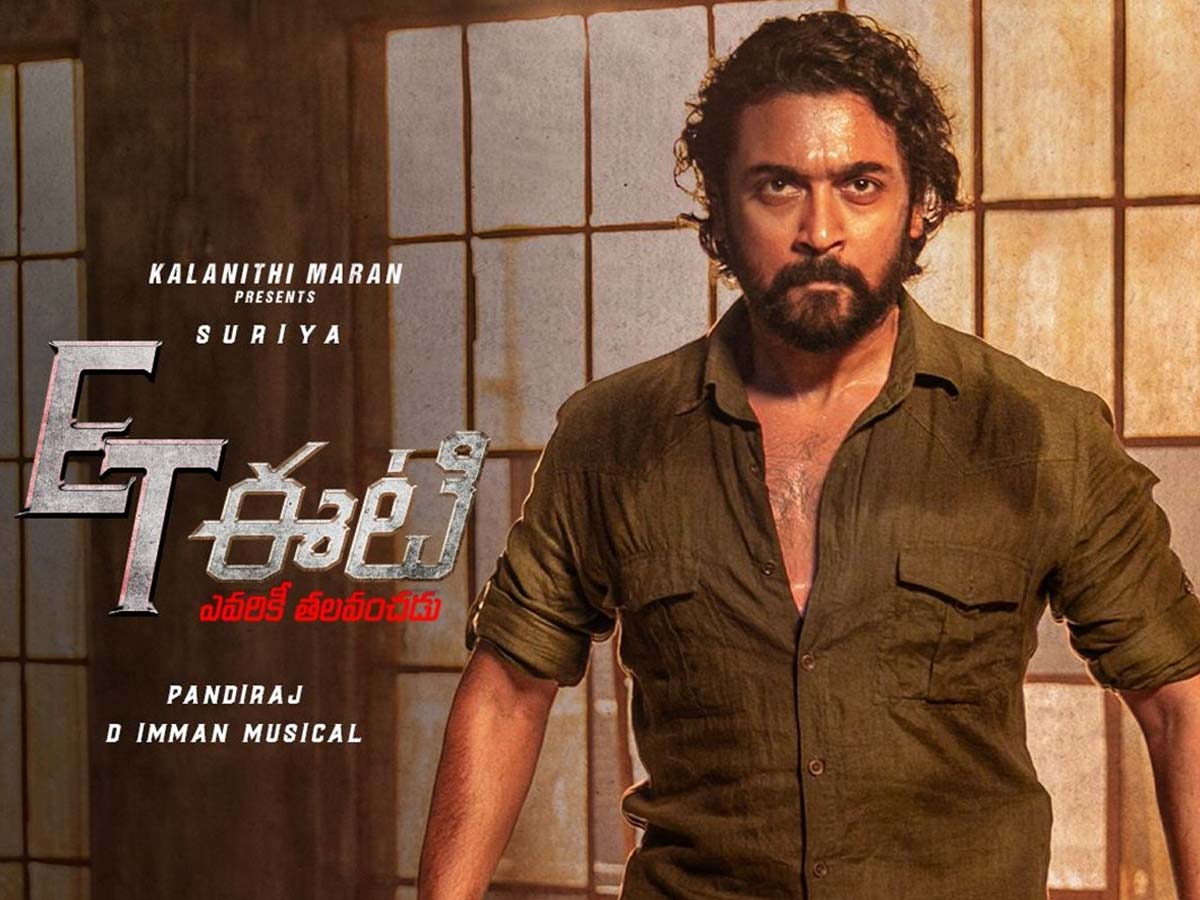 Surya fans have eagerly anticipated the Telugu release of ‘Evariki Thalavanchadu.’ Surya’s films, which feature him in a variety of characters, have a lot riding on them. Due to Corona, Surya’s ‘Aakashame Nee Haddura’ and ‘Jai Bheem’ have both been released in OTT. The blockbuster success, however, was achieved. Surya, which will be released in theatres in around three years, will not irritate anyone. Pandiraj directed the picture, which was produced by Kalanithi Maran, the head of Sun Pictures. Surya’s heroine was played by Priyanka Arul Mohan in this film. This film’s trailer, which has already been released, is quite remarkable.

If you watch the trailer, you’ll notice that Surya is taking on a new job, this time fighting for females’ rights. As a result, there were high hopes for this film. The film was finally released in Tamil, Telugu,  Kannada, Malayalam, and Hindi on March 10 (Thursday). ET received a positive response from the audience, who liked it because it had some Jai Bhim resemblance,  Priyanka Arul Mohan’s innocence, Surya’s brilliant screen presence, and Pandi Raj’s direction. So, without further ado, let’s see how this film turned out to be good and whether it is worth watching or not.

What Is ET About? – ET Plot

Suriya plays Krishnamohan, a lawyer who lives happily with his parents in a remote place. His parents’ names are Sathyaraj and Saranya. Suriya’s happy existence is made even better when he meets heroine Priyanka, who portrays Adhira. However, just as things appear to be going well for the leading couple, disaster arises in the guise of villain Vinay Rai, who plays Kamesh. Kamesh seduces young ladies with his political and financial clout, then uses them for sexual pleasures before blackmailing them with their private tapes. Kamesh virtually runs a racket and causes havoc in the lives of numerous ladies. ET’s core plot revolves around Suriya and his family being attacked by a villain and how he responds to such a terrifying act. 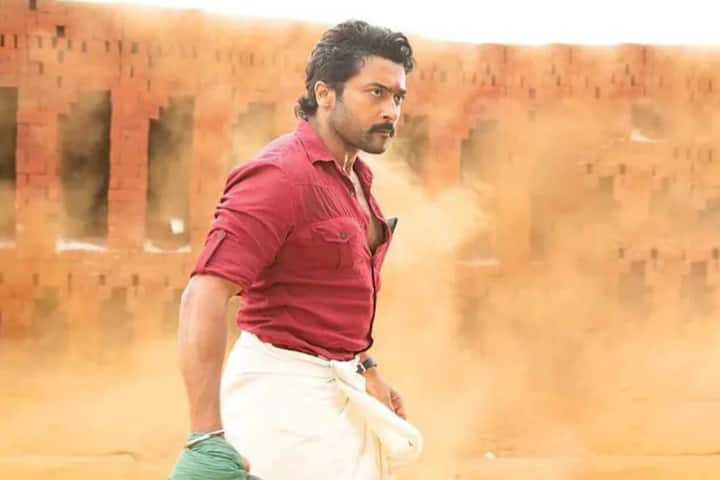 Suriya and Pandiraj have chosen a serious subject that we hear about in the news on a regular basis these days. Many women are falling prey to criminally minded males who romance them in order to exploit and blackmail them afterward. The director deserves applause for picking such a topic and attempting to communicate a message. He has diluted the crucial message by attempting to blend it with commercial components, rather than narrating it properly. ET loses track in the process. Viewers are occasionally perplexed as to whether they are watching a well-intentioned film or a typical commercial film. So, while the plot and premise are fantastic, we have to remark that the ET filmmakers failed to tell it in a meaningful and effective manner.

Some Of The Scenes

Suriya is said to have kidnapped Priyanka Mohan in an open, crowded celebration of a local festival in an extended segment in the film. It’s built up with serious efforts being made to prevent Suriya from doing so, but he ends up getting around it all with a simple solution, saving us from the customary action and drama followed by an action interval block. The second half was supposed to pick up where the first left off, but it took longer than expected to get into the major battle, which made it less exciting.

When Adhini’s (Priyanka Mohan) modesty is offended, her husband Kannabiran (Suriya) consoles her and pushes her to confront the repercussions head-on. We’ve grown accustomed to seeing this kind of harassment in supporting female parts, but when it happens to the female protagonist, it has a greater impact. This is one of the film’s few finer moments, speaking plainly and loudly of the concept it is attempting to convey. 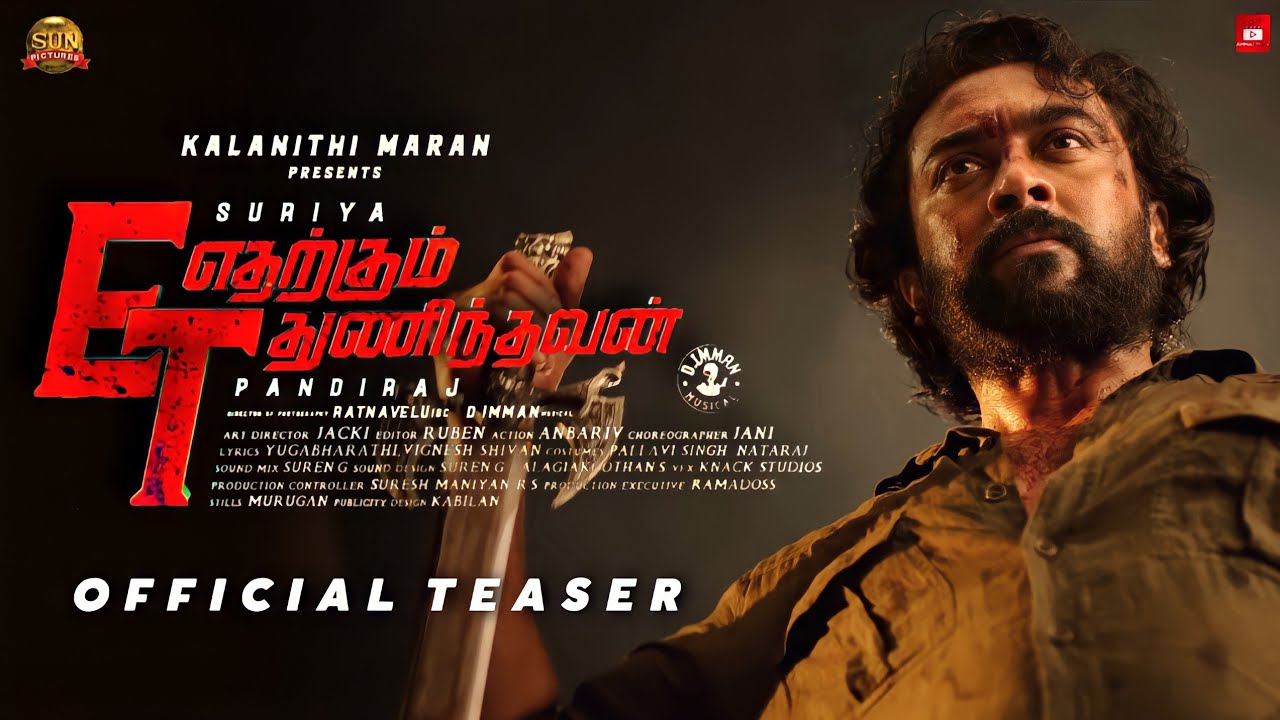 Suriya is an excellent actor, no doubt about it. He always gives his all when it comes to acting, and he does so again in this film as a lawyer who fights for the rights of women. This is Suriya’s debut film in theatres after Jai Bhim, and he lived up to the hype. Priyanka doesn’t play a major role in the plot, but she does add a touch of glitz to the film.

Pandiraj is recognized for crafting films with strong family themes. But he’s been creating pictures in the same genre for a long time, and it’s past time for him to try something new and greater. There is a lag in the storyline in this picture, and it has to be reworked. It’s difficult to connect the plot to 2022, and there aren’t enough family emotions or connections with the Telugu audience.

With some greater work in the script, scenes, and especially the climax, Evvariki Thalavanchadu might have easily been a commercial hit in the theatres. Vinay Roy played the villain, Sathyaraj played the father, and Saranya played the mother. The cinematography by Ratnavelu and the music by D.Imman are excellent. Imman The audience was well-engaged by the mass songs and background score. The production design is elevated by Ratnavelu Cinematography Work.

Surya’s acting, action scenes, and mass altitudes, as well as D.Imman’s soundtrack, are the film’s main assets. As a result, only those who like the peak with Surya fans and sentiments will enjoy this film. Overall, for Surya Sivakumar, who never fails to win hearts, this film is well worth seeing this weekend.