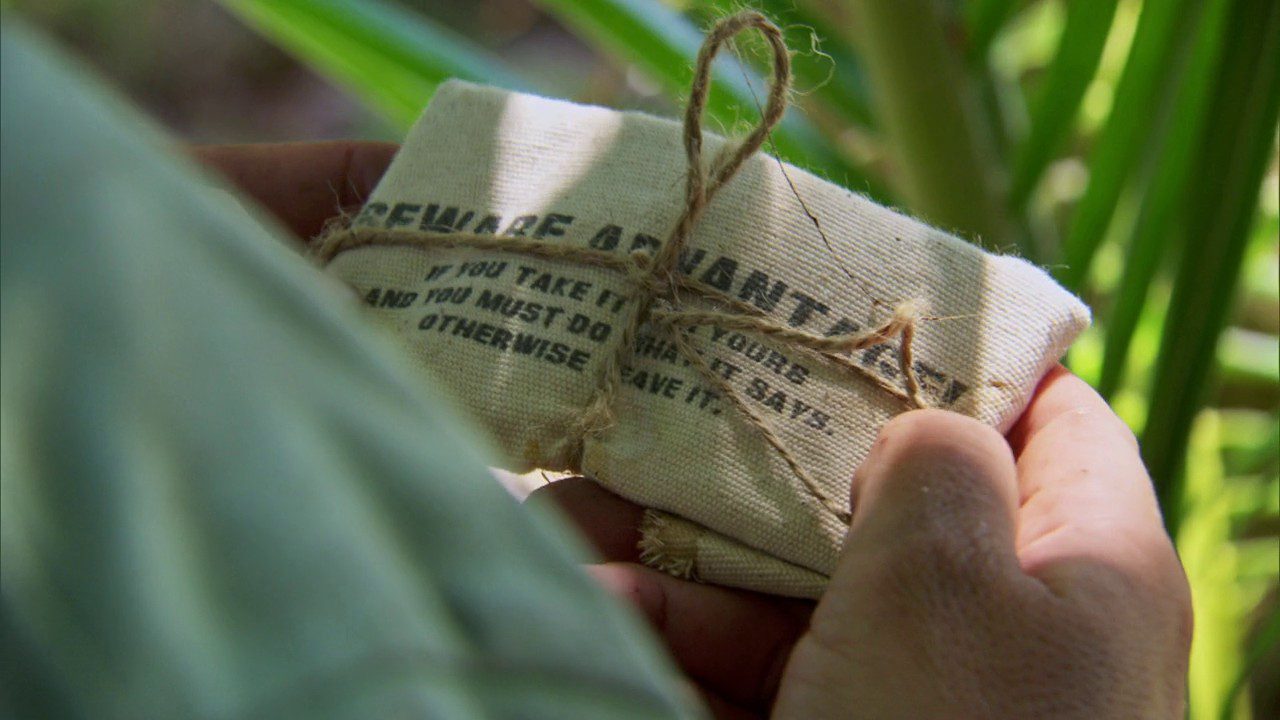 ‘Survivor’ Season 41 Episode 5 will finally see UA having an advantage after finding themselves twice at the Tribal Council. Well, there is a loss of trust among them from in the last two vote-outs. But this little advantage could bring them together. Talking about trust, the other councils are also feeling intimidated looking at which force is dominant. After all, there could be a single winner, not a tribe. Anyway, so recently, we had quite an emotional episode when it comes to a reward challenge. At the same time, an immunity challenge proved that working tougher will lead you to victories.

The Reward challenge saw the teams going through a racecourse that required them to do their absolute fast—at the same time fighting the hurdles. The best part about this challenge was not watching the winners perform. But it was Heather who didn’t give up till the last minute for Luvu. The immunity challenge, on the other side, saw all three teams performing in a neck-to-neck battle. In the end, though, the one team where there is a mistrust at this point saw themselves going to tribal council. Let’s find out who it is.

Previously on ‘Survivor’ Season 41, we opened up with the UA tribe in disappointment. They couldn’t trust each other as lots of truths were kept away from each other. This led to Brad going home instead of JD, who was initially their target. Anyway, moving to the reward challenge today, we had a racecourse that involved each player from the team of four to push through a ramp ahead. Then they will walk through the hurdles of ropes right under it to catch it on the other side. Moving on, they will dig sand under an obstacle. Crawl through it and land those four balls on a porch in front of them. 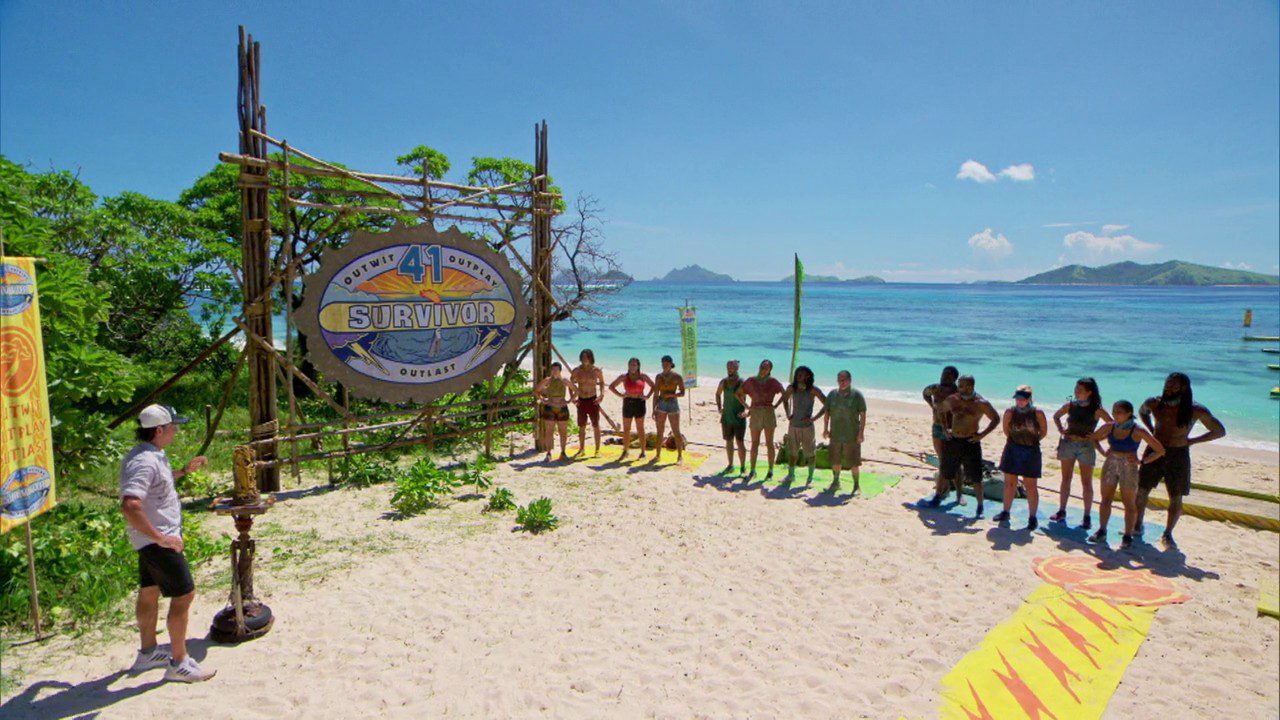 Luvu had two members out as they were six, and these two will later compete in the immunity challenges. UA comes first to complete the task, followed by YASA. Heather, who tried her 100% for Luvu, broke down into tears as she felt she failed while her team consoled her. So UA, as the winning team, will receive tips from an island expert on how to survive on this land while YASA in second place receives fish. All four have to share it.

Coming to the immunity challenge now. This involved all three teams sticking together. They had to into the water and retrieved bags of wood. Then push it through a tunnel that gives them a key. This key will allow them access to three rings which they have to land on the respective targets in front of them. Everyone did well for themselves. 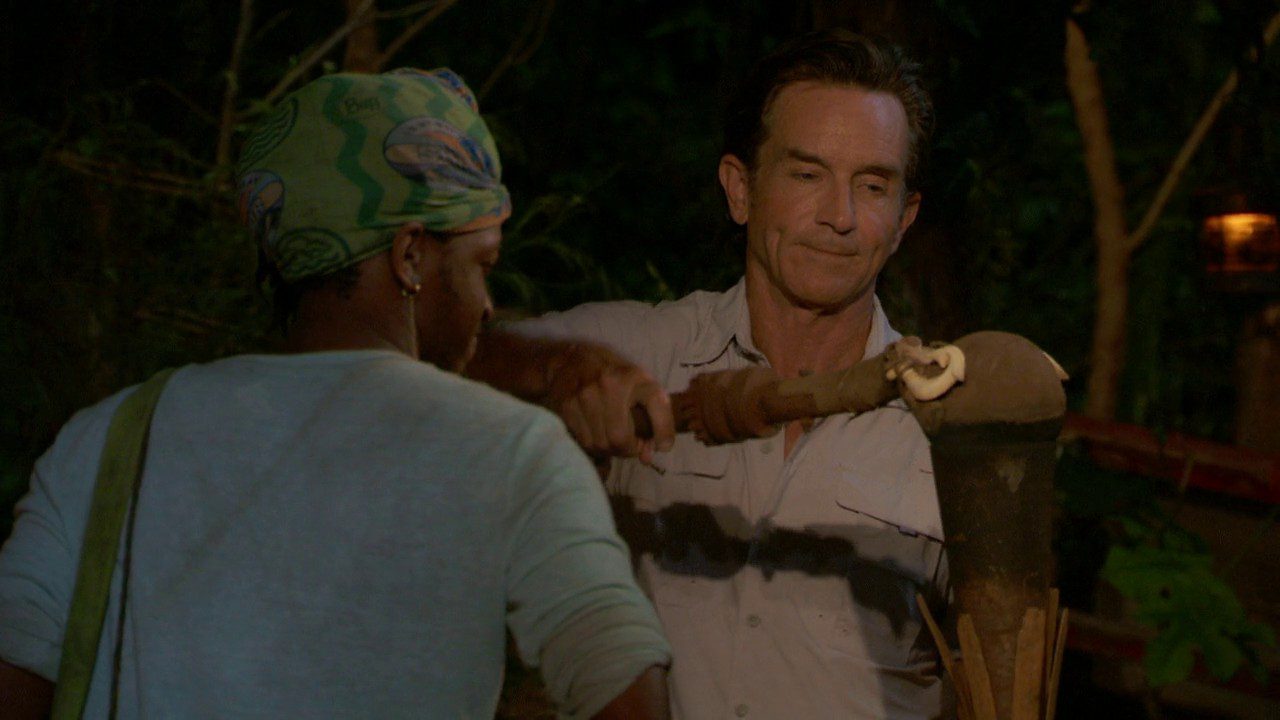 Team Luvu got the rings first, and DeShawn was quite confident about throwing them. But with the other teams following in quickly and getting their rings in except for him. This led Naseer to take over his place. Yase came first, with Luvu on second. They both have no tribal council, while UA will be going again. Genie felt she was in danger as she was already betrayed. The teams discussed their strategies. At the Tribal council, it was JD who walked out of the game.

‘Survivor’ Season 41 Episode 5 is releasing on 20 October 2021. It is titled “The Strategist or the Loyalist”. There is no official synopsis for the episode yet. But from what we saw in the closing moments of the episode, UA found themselves in danger. They had the least number of players on their side. Amidst all of this, Genie found something in the jungle that could come as a great advantage for them in the coming rounds.

Luvu seems to have women’s power on their side with fewer men. Danny is pretty nervous about it. Lastly, it seems like Yase is planning to take Xander out if they are going to the tribal council. But at the end of the day, it all comes to the reward and immunity challenges that will be played through the game.