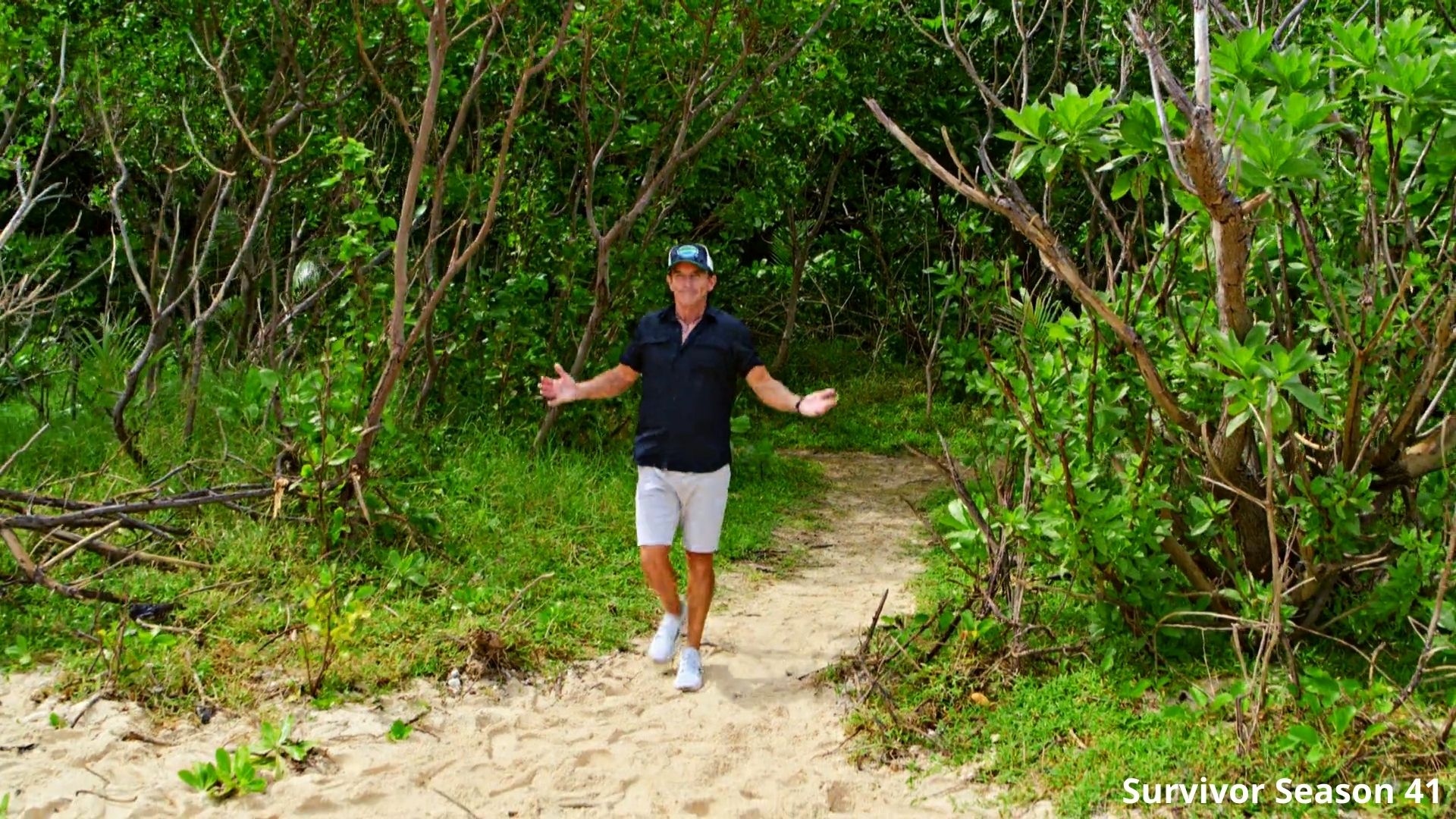 Survivor Season 41 Episode 2 Release Date is yet another topic creating a buzz on the internet. The famous reality show has been one of the most-watched shows ever. Likewise, Survivor’s popularity can be assessed by simply looking at the number of seasons it has been renewed for. After 40 successful seasons, Survivor is back in town. When will Survivor Season 41 Episode 2 release worldwide? This question is undoubtedly the most important one for the fans of Survivor.

Owing to the success of the past 40 seasons, Survivor Season 41 has gathered immense popularity. Likewise, a large number of people have been eagerly waiting for the show to arrive. After a break of almost one and a half years, Survivor is back with its new season. Survivor is a popular American television series airing since the year 2000. Over the years, it has entertained millions of people across the continents. The show is adapted from a Swedish television series having the same concept.

The original show was titled ‘Expedition Robinson’. It was released in the year 1997. The Swedish show was so popular that various other franchises were announced. Among those franchises is the Survivor USA. No wonder, the show’s amazing content is the reason behind the renewal for almost 21 years. Charlie Parsons is the creator of Survival. Moreover, Mark Burnett is the executive producer alongside the creator. Survivor has been hosted by Jeff Probst. Survivor is all about an Expedition where the contestants have to prove their worth. They all have to survive in the harsh conditions, winning through various challenges, to win the title of ‘Sole Survivor’. 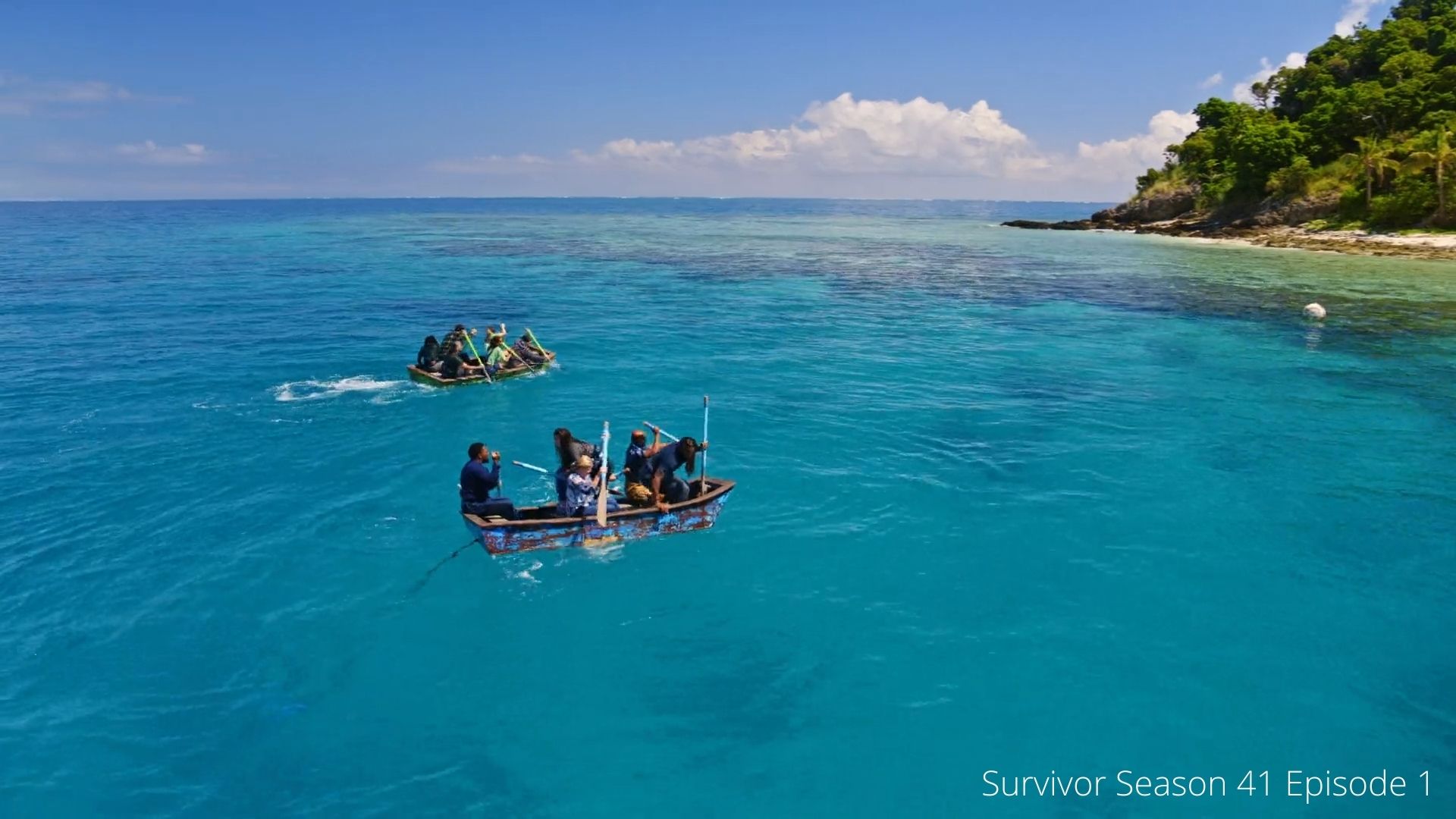 The cast of Survivor Season 41

The Cast of any show has always been an important topic to discuss on. And so is the cast of Survivor Season 41. Since the show made its entry after a delay of one year, the contestants participating in the game were of utmost importance. Moreover, the last season saw the winners of previous seasons competing together. Hence, the hype of this season was almost double. Survivor Season 41 casts 18 contestants. 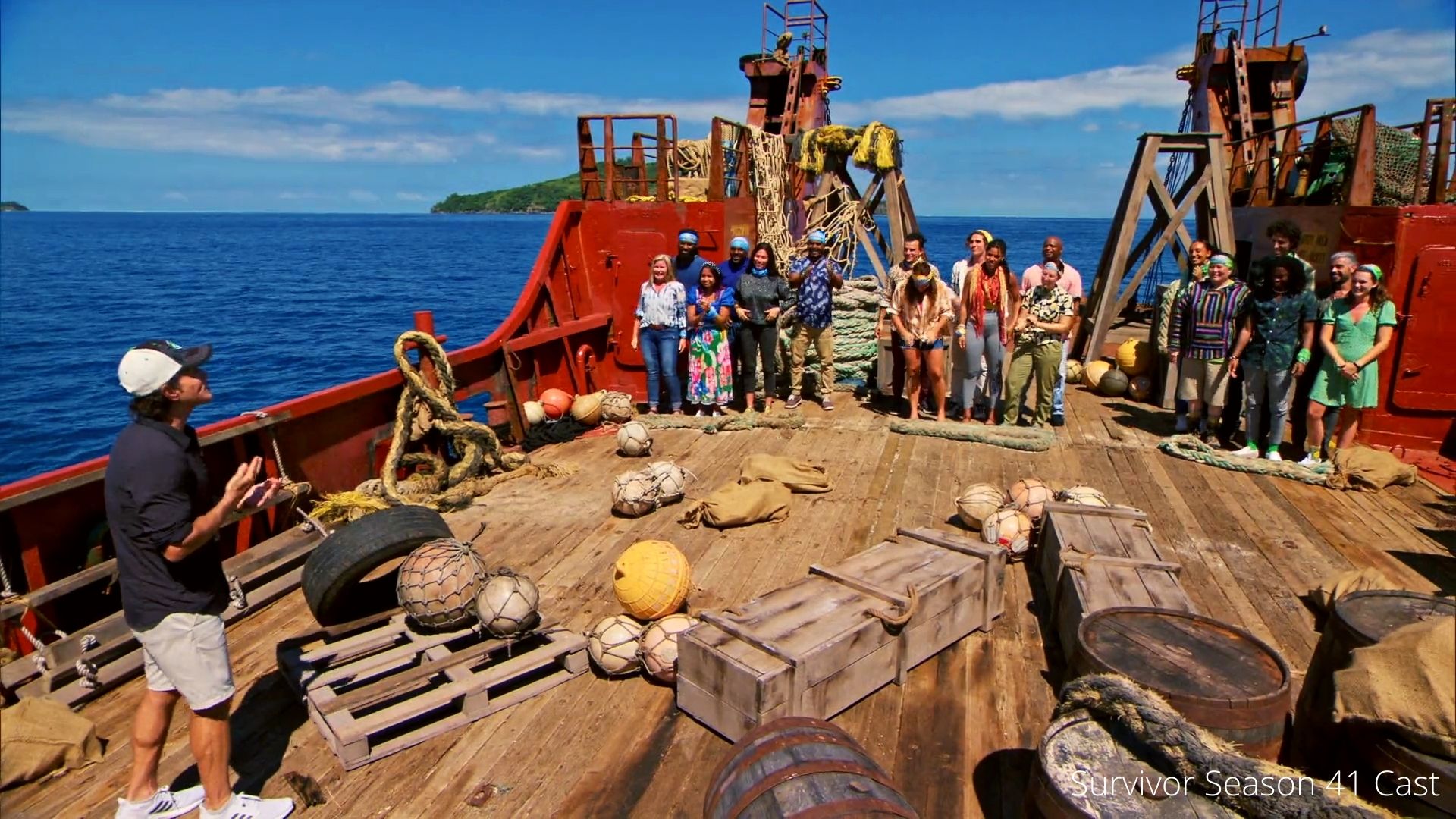 The cast of Survivor Season 41

They will be having just 26 days to compete with each other and win the title. Some prominent features are Liana Wallace, Danny McCray, Eric Abraham, Sara Wilson, Heather Aldret, and Erika Casupanan. Likewise, we will see Genie Chen, Ricard Foyé, Xander Hastings, and Evvie Jagoda competing against each other. Moreover, Naseer Muttalif, Deshawn Radden, Brad Reese, Jairus “JD” Robinson, Tiffany Seely, Sydney Segal, and David Voce, alongside Shantel “Shan” Smith will be a part of the show this season.

Survivor Season 41 Episode 1 was released on 22nd September 2021. The relate of this episode marked the beginning of a new and exciting season of one of the world’s most talked-about television shows. Episode 1 was titled ‘A New Era’. Indeed a new expedition filled with excitement, adventure, and thrill. The first episode started with the host Jeff Probst welcoming the 18 contestants on the show. After introducing everyone, Jeff decided to make the show a little fun from the very beginning. 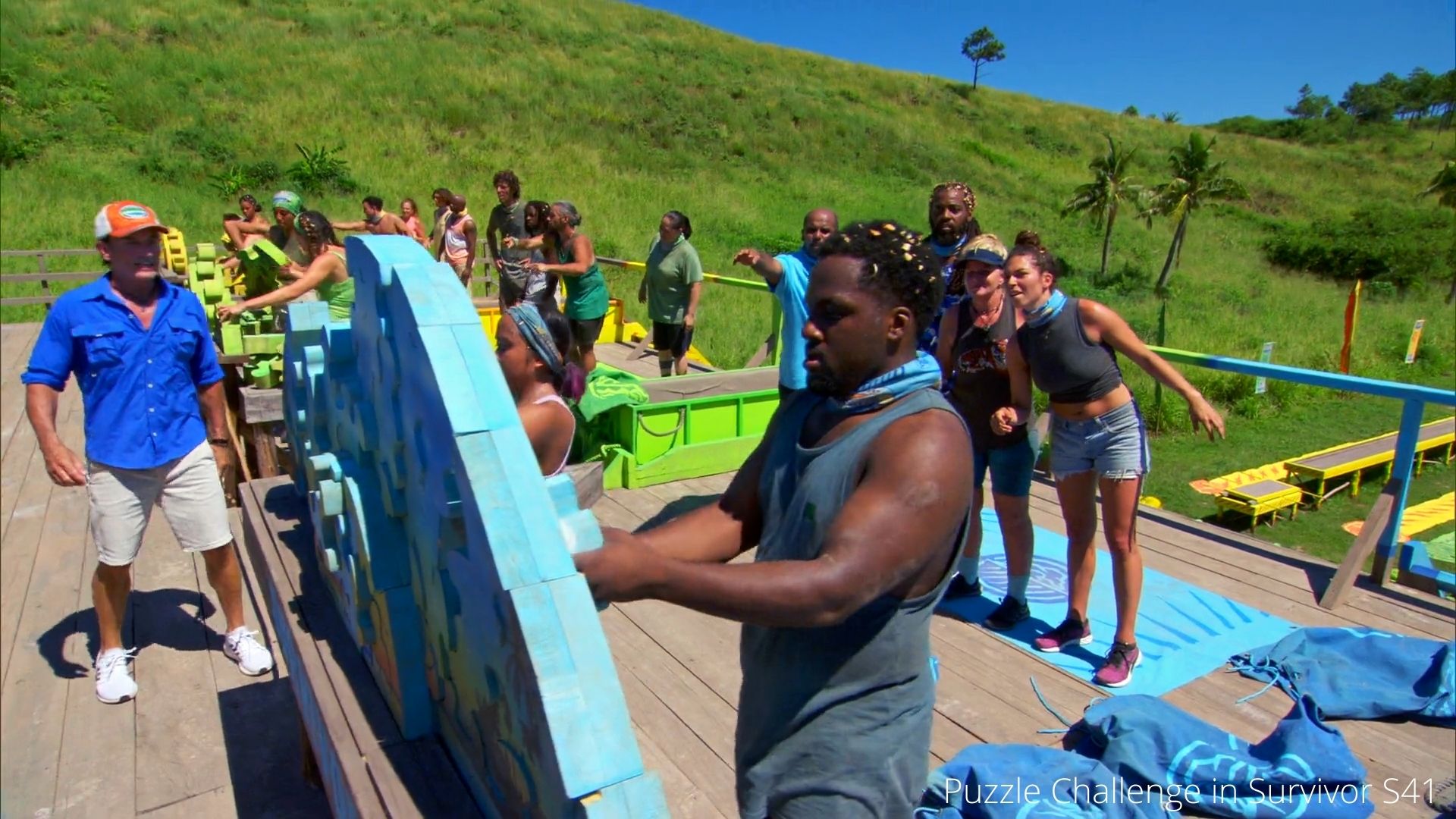 Hence, he described the location as a dangerous one. Not to mention, there is no place for the contestants to hide. This was enough to bring chills to our bodies. Just think about the contestants though! It was a two-hour-long Premier episode. In the beginning, the contestants were divided into three Tribes namely Yase, Ua, Luvu. After the teams were decided, the first challenge was kept before the contestants. In this, the Tribes were required to find six paddles. After finding these, the members were to jump in the blue shiny ocean water and make their way towards the boat. The first tribe to paddle their boat towards the flint was set to be the winner.

It was interesting to watch the three Tribes fighting for winning their first challenge. Unfortunately, Yase was not able to fight alongside the two. Luvu had a decent start and was almost winning the game. However, Ua made its way to the flint as Luvu took a long time unhooking their boat. Hence, the first challenge was bagged on by Ua. Later in the show, inner conflicts started arising. Since the two teams were given punishments, they were to chose what to accept. 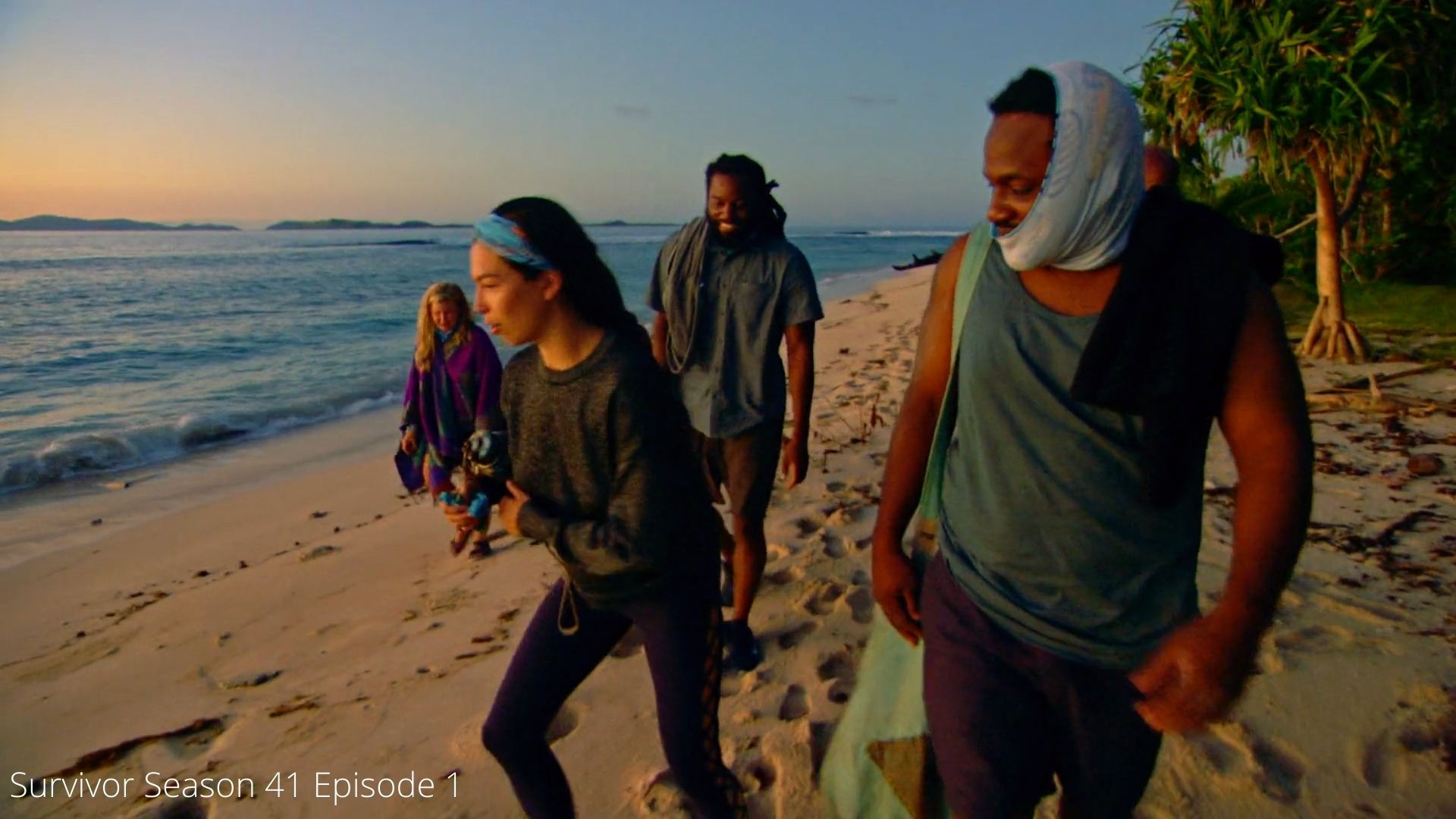 A still from Survivor Season 41 Episode 1

The lovers were either required to solve a puzzle or to nominate two members from their Tribes for filling up water buckets from the ocean. Interestingly, the second task was chosen by both the Tribes. From Luvu, Danny and Deshawn were chosen. Likewise, Vose and Xander went from Yase. On the other hand, in-tribe conflicts started. Naseer was doubtful of the former pair’s tactics. This led to a cold war among the three of them. Likewise, in Yase, Abraham was concerned with Tiffany’s performance.

What was the conclusion of Survivor Season 41 Episode 1?

On day 2, every tribe was to choose a representative for a journey. Danny, JD, and Xander were the final choices from Luvu, Ua, and Yase. Despite bonding with each other towards the journey, they were given some tough tasks to either protect their vote or risk it. Xander was the only one to chose the risk. In the next challenge which was an Immunity task, Luvu became the winner. Then came the major highlight of the show. It was the season’s first vote out. 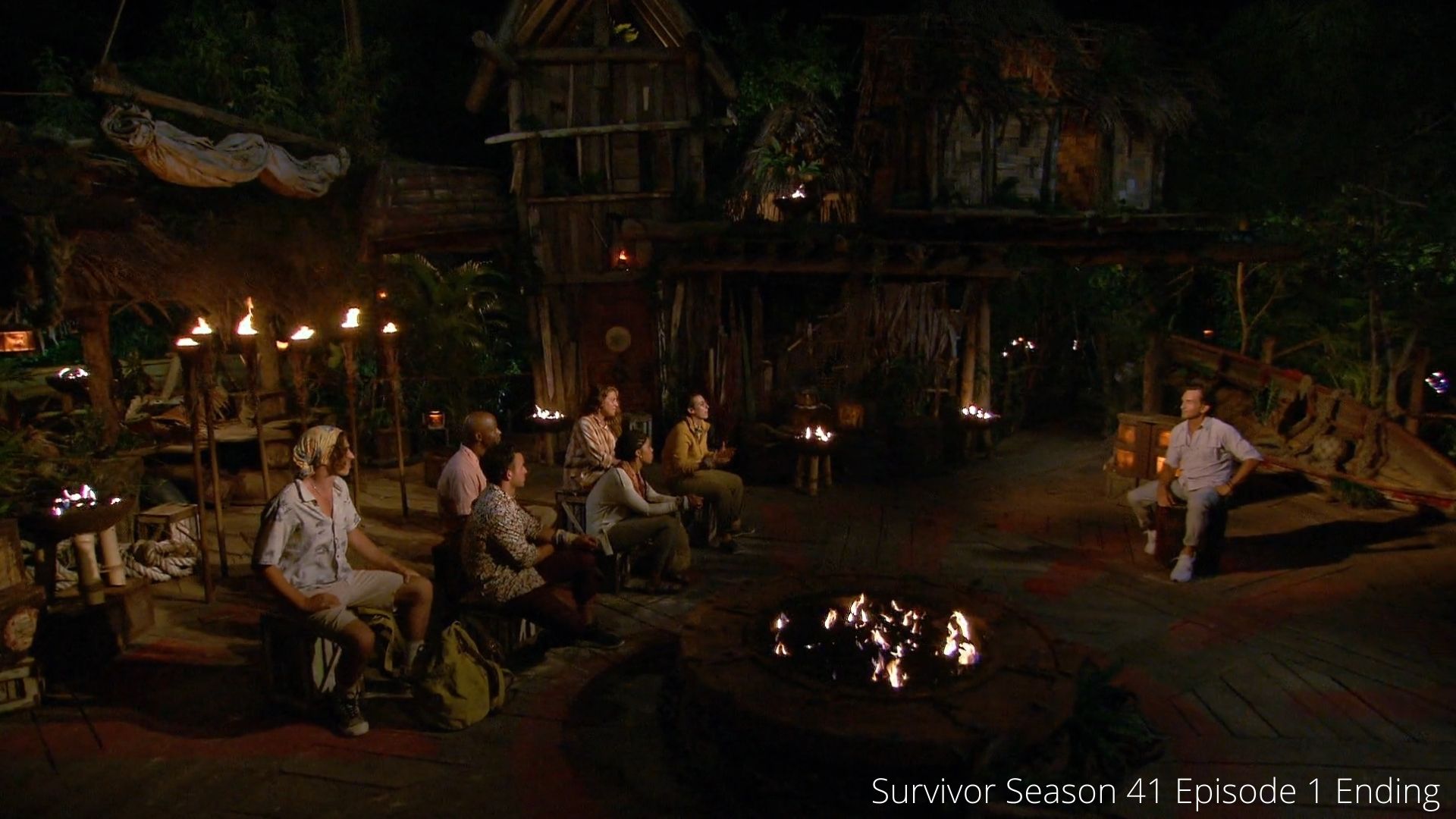 Among the Ua tribe, Sara and JD were the main targets. However, the latter was able to secure his position. Meanwhile, in Yase, Abraham was adamant in voting out Tiffany. Here also, the latter was able to secure her position by joining hands with Evvie. Hence, towards the end of the first episode of Survivor Season 41, Sara and Abraham were the first ones to leave the show.

Survivor Season 41 Episode 2: When will it release and What To Expect?

Survivor Season 41 Episode 2 is scheduled to release on 29th September 2021. The episode is titled ‘Juggling Chainsaws’. Just like the title, the episode is set to be an interesting one. Since we saw two of the contestants were voted out by the tribe members in the first episode of Survivor Season 41, it will be fun to watch who becomes the next target. Since this season is expected to be a short one with lots and lots of challenges to overcome, the fans are curious about the next episode’s release date.

Survivor Season 41 Episode 2 will air on CBS Network. The airing time is 8/7c. Viewers in Canada can watch the series on Global. Meanwhile, the worldwide audience can stream Survivor Season 41 Episode 2 on CBS’S official website. Amazon Prime Video also provides us with the previous seasons for the famous American reality completion show. For further updates, stay tuned to OtakuKart!