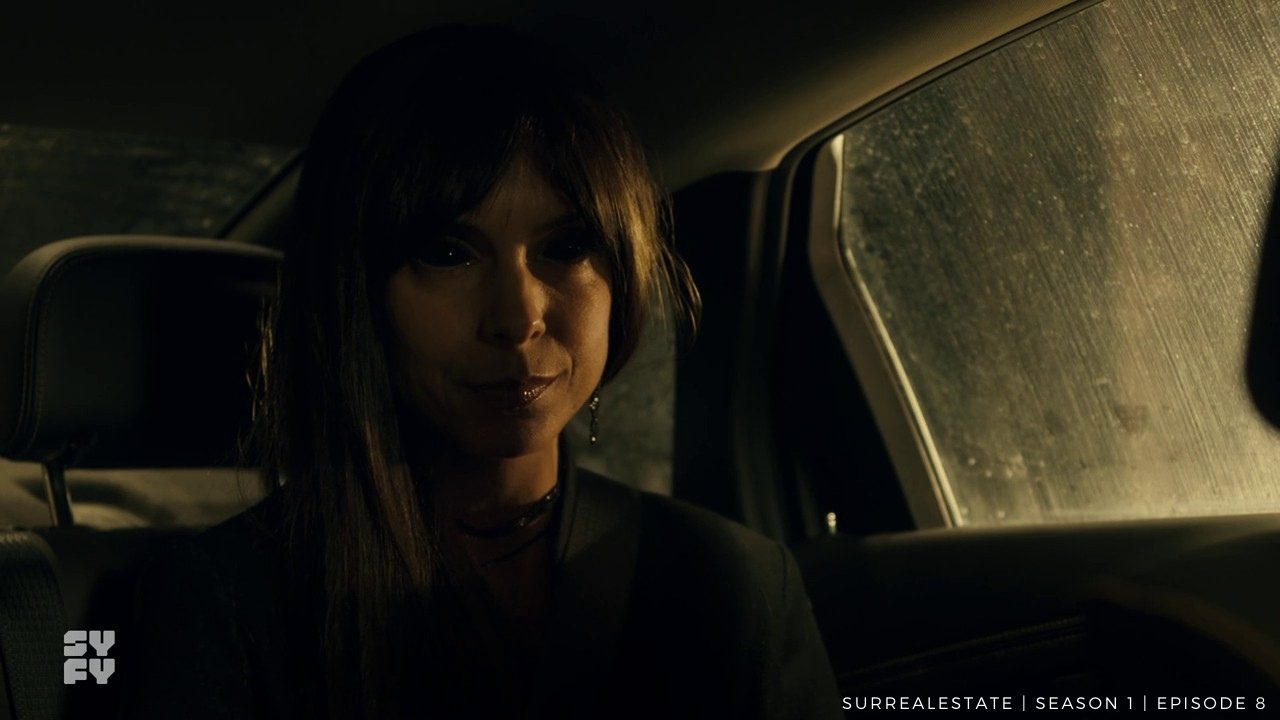 SurrealEstate Season 1 Episode 8 probably marks the beginning of a new and changed Luke Roman. Especially after the slick downfall he had in the recent episode. All the members of The Roman Agency found themselves locked inside their own office. A demon had invaded, and the only way to go home is to first trap him. This demon here we are talking about is looking for a host. So one of the others might be possessed, and everyone needed to keep a sharp eye out there unless they want to find themselves trapped under someone else’s command.

The Agency went under lockdown and saw everyone stressing out with personal as well as official stuff. Things went to head when everyone straightforwardly started hurling their personal feelings about each other out there in the open. Some were comforting, while some didn’t fit well with the others. That was until they realized that these feelings coming out are not on their own. These traits come from an entity. The demon is making them do so. But if everyone is expressing themselves, who exactly is possessed by the demon? Let’s find out.

Previously on SurrealEstate, we opened up with the members of Roman Agency wrapping up things with the demon they like to call Roadie. They studied him until the lights go red. Meaning a Roadie might have followed them there. Now no one leaves the place until they get the Roadie out. Also, a Roadie tends to look for a host, which could be one of them. Everyone calls their loved ones to tell them about them being late and order the food as well.

As everyone gets back to work, August starts realizing something is catching him. In no time, we realize, roadie had caught August as the host. Father Phil spends time studying the different kinds of roadies as he is also having personal troubles of adopting. By that time, Zooey becomes the roadie’s second victim. In no time, August, to his senses, comes confessing what happened. Everyone starts looking for Zooey but couldn’t find her. With the MED disassembled, everyone almost starts suspecting August until a sick Zooey enters the frame.

News hits the television with one of The Roman Agency’s houses burning down. As Roman gets nightmares, Megan arrives unexpectedly, bringing the things August needs. As Augst works on it, he gives Zooey much-needed advice since she recently had a breakup. Similarly, Roman confesses how he feels bad about himself to Megan until Susan joins in to comfort him and speaks brutal good truths about him.

Phil figures out the Roadie’s traits and questions everyone in the room. This kind of Roadie when takes over a person speaks whatever the person feels and cannot lie. Meaning Susan, who just spoke the truth, might be having the demon. This turns out real, and havoc wreaks. The demon tries to get to Roman, but Augustus catches him with his machine in time.

Towards the end, Zoey asks everyone to apologize for some things they said. Later on, when Susan attends the event of Platinum Ring Of Esteem Awards, Bob Livingstone questions why her friends are not here if they really her friends. But The Roman Agency friends do make their grand entrance in the end as they see their friend taking the award. Also, we realize a demon has found its home inside Megan as well to close the episode.

SurrealEstate Season 1 Episode 8 is titled “Baba O’Reilly.” The official synopsis of the episode says after witnessing the downfall in the previous episode. Plus, although Megan and Susan tried to comfort Luke, he plans to quit working with Paranormal clients. But one house changes everything for him. The way he looks at these things gets a makeover.