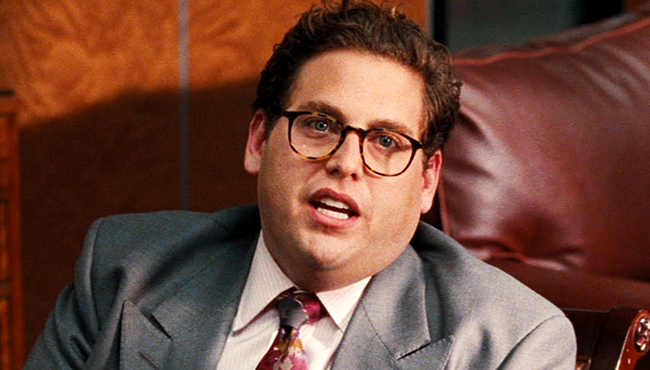 Jonah Hill in 'The Wolf of Wall Street'

Jonah Hill Feldstein is one of the most famous and diverse actors who are still working today. His face is familiar enough for anyone to recognize him. He is an actor and comedian, scriptwriter, filmmaker, and producer. As an actor, Jonah most often appears in comedy genre films, ranging from Accepted, Superbad, Knocked Up, 21 Jump Street, This Is the End, to 22 Jump Street. So far, this man who was born on December 20, 1983, has received two Oscar nominations for the best supporting actor, namely through his role in the popular films Moneyball and The Wolf of Wall Street.

There are several interesting things to learn about the actor. Here are some unique facts that you might want to know from the figure of the Hollywood gem, Jonah Hill.

1. His Oscar nomination was quite ‘accidental’ 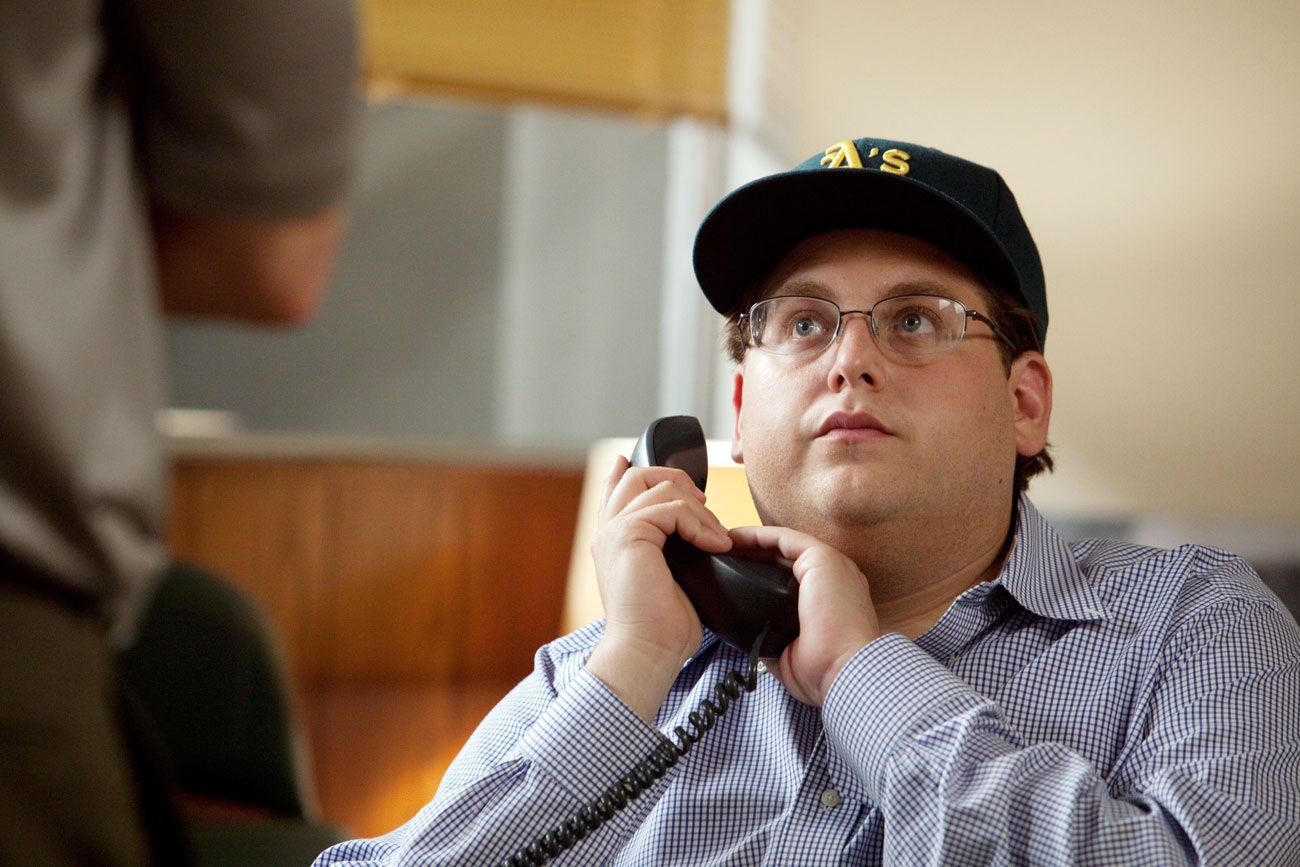 In the 2011 semi-biography film ‘Moneyball’, Jonah only replaces Demetri Martin due to some internal issues with the casting. However, Jonah eventually obtained an Oscar nomination in the Best Supporting Actor category through his role as Peter Brand. Jonah acted alongside other Hollywood golden actors like Brad Pitt and Phillip Seymour Hoffman. Directing the film was Bennett Miller with a screenplay by Michael De La Luca.
This film tells the story of a former baseball player named Billy Beane which became the coach of the Oakland baseball team, with Brad Pitt as the lead. Billy Beane then later met Peter Brand, together they dashed the unfair system that once ruled the baseball game. 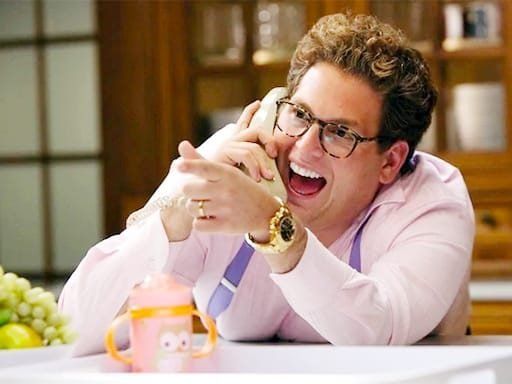 Jonah Hill in ‘The Wolf of Wall Street’

People may consider him as a comedic actor for most of his career. During his early acting career, he starred as cameos and side actors for the films he worked on. But it feels like Jonah is good at doing drama or action movies too. As three of his films nominated for an Oscar were all either drama or thriller movies.
In three consecutive years, Jonah has played in three films. All of them snatched the category in the Oscar for best picture, namely Moneyball in 2011, Django Unchained in 2012, and The Wolf of Wall Street in 2013.

3. He came from a wealthy family 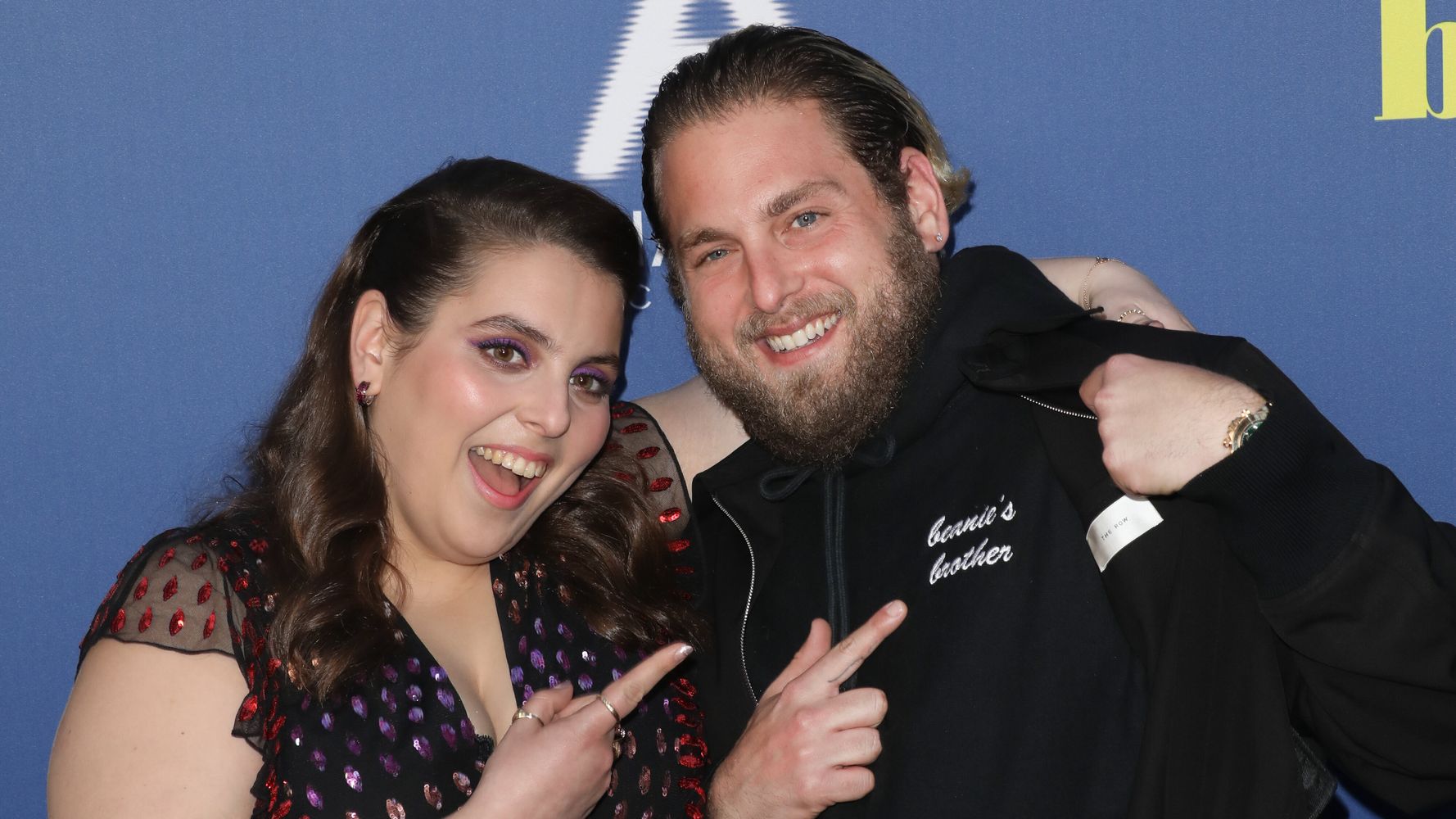 Jonah’s mother, Sharon Lyn, is a costume designer and fashion stylist. His father, Richard Feldstein, is a touring accountant for the top rock band Guns N ‘Roses. He manages all the touring money for the legendary band.
While Jonah’s sister, Beanie Feldstein, is also a highly prominent actress who’s involved in so many Hollywood films like ‘Booksmart’ and the highly acclaimed timeless coming of age movie ‘Lady Bird’.

Jonah is ranked 28th in the Forbes list of highest-paid actors in the world. From June 2014 to June 2015, Jonah’s total income reached US $ 16 million.

4. He is extremely close with Dustin Hoffman 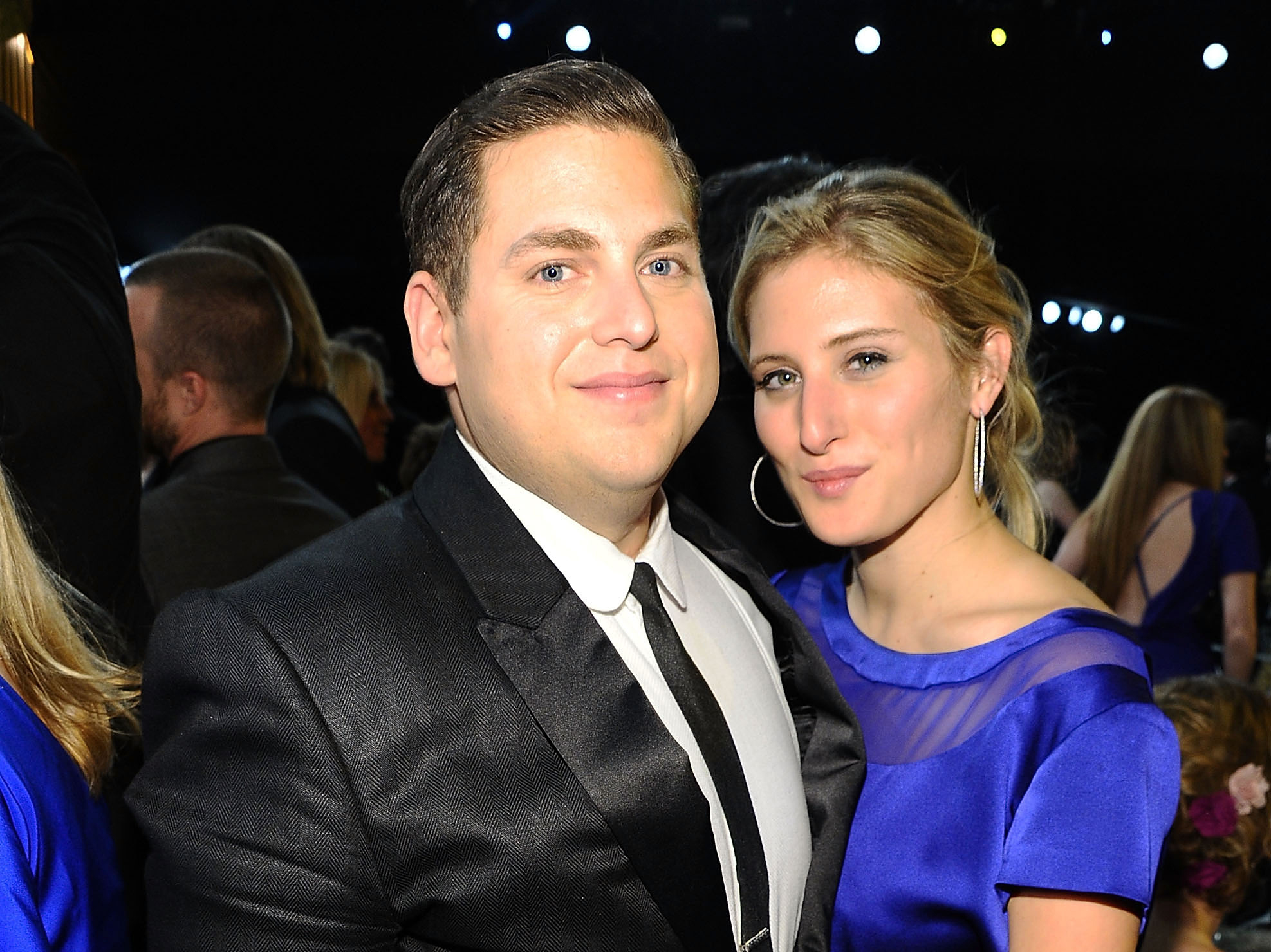 Jonah is friends with Rebecca Hoffman and Jake Hoffman, the son of top actor Dustin Hoffman. Rebecca and Jake then introduced Jonah to his father, who then asked Jonah to audition for his film, ‘I Heart Huckabees’. This is Jonah’s first appearance in any film ever.

Since then, Jonah found out that he actually liked acting and kept on doing it. So it is safe to say that Dustin Hoffman introduced Jonah Hill to the film industry that made his name famous around the world.

5. He got fat-shamed many times 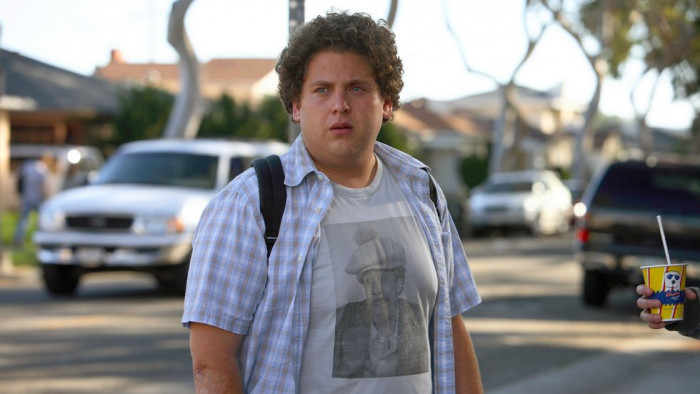 Once when he was promoting his film in Paris, France, he and several other cast agreed to appear on a French Talk Show. The first few minutes were filled with casual smiley and regular chit-chats until one of the French interviewers joked in a disgraceful way. The interviewer compared Jonah Hill to Leonardo DiCaprio and Bradley Cooper and kept on condescending his looks.

But this is not the only time that he got fat-shamed. He was reportedly got fat-shamed many times during promotion and fan meeting sessions even when he has lost much weight.

Eventually, on the brink of February, Jonah Hill made a viral Instagram post about how the media continuously depict him as only a fat-shaming butt of a joke. He posted a picture of an example from the British media headline ‘The Guardian’. He stated that he feels more confident now than ever about his looks.

6. He declined a role in the new upcoming Batman movie 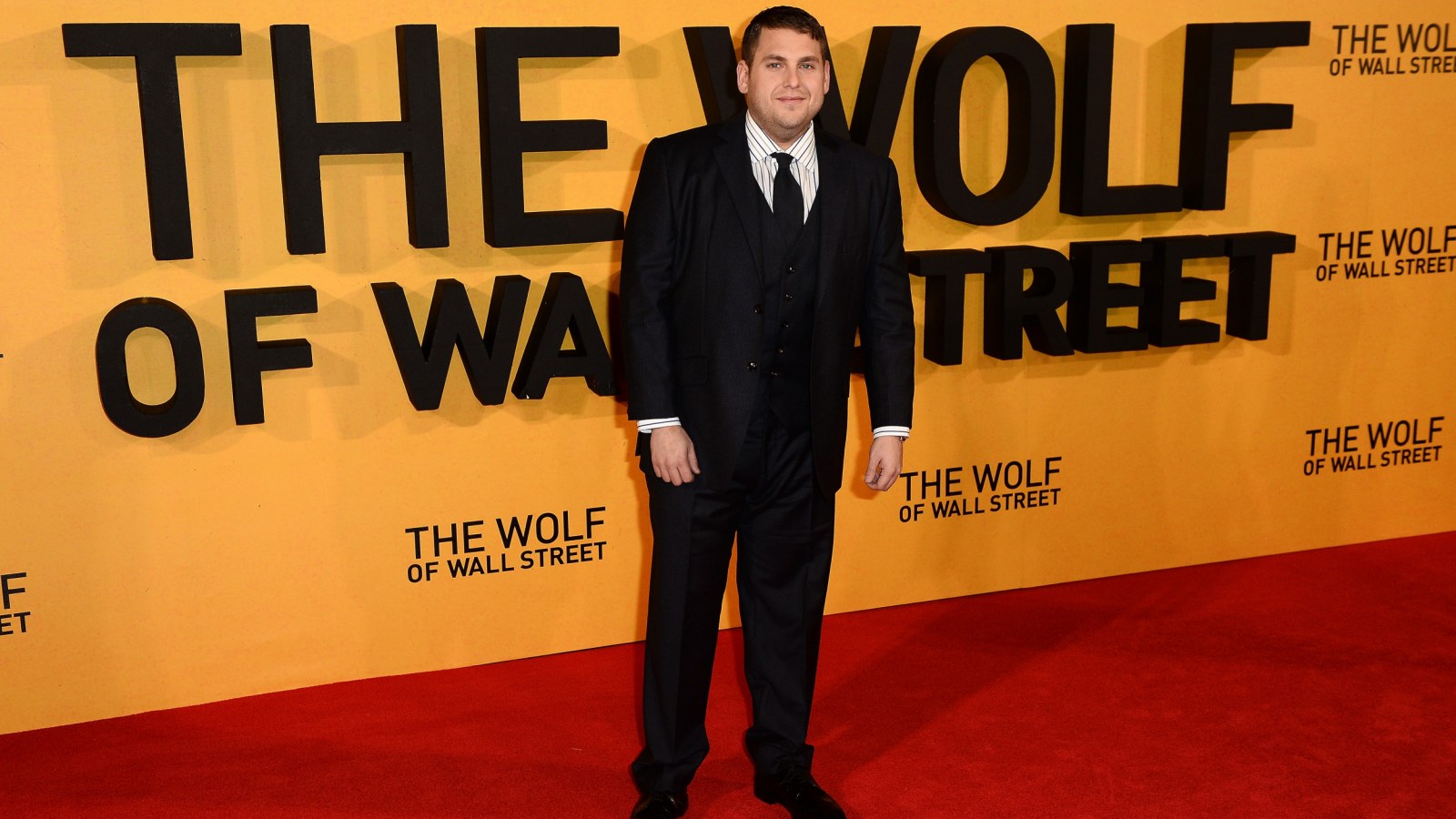 Jonah Hill at the premiere of ‘The Wolf of Wall Street’

Jonah Hill has left the project The Batman by Matt Reeves. Previously, rumors said that he was going to play the villain in the movie, The Penguin. It is not certain why Jonah left the film which is going to air in 2021. What we know is that the cancellation is still very early in the negotiation process between the two parties and the agreement is still far from agreement.

The news comes after Zoe Kravitz will be playing Selina Kyle, the female superhero character Catwoman, in and who will also star Robert Pattinson as Caped Crusader (Batman).

One of the points that are still at issue in the negotiation process is whether Jonah will play The Penguin or the Riddler. However, now the director Matt and Warner Bros. must return to find an actor who is suitable for the role of the villain character.

How do you think about these facts?