Surbhi began posting singing and dancing videos to the platform, and after receiving great feedback, she decided to pursue a career in the field. 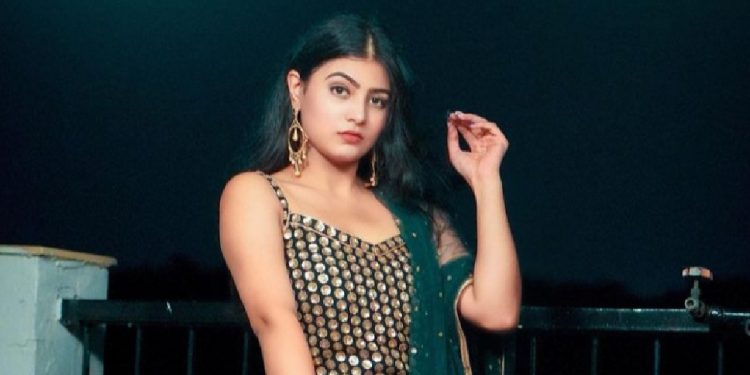 Being a music video content creator on social media platforms, Surbhi Rathore has become a global sensation because of her incredible singing and dancing moves in her videos, as well as her hilarious reactions, incredible pranks, and lip-sync videos. She also has a self-titled YouTube channel where she posts about her daily life, pranks, family, challenges, lifestyle videos, and travel vlogs. Surbhi was born on December 3, 2000, in New Delhi, India, to a businessman and grew up along with her parents and siblings. She received her secondary education at a local high school, where she was introduced to social media platforms, particularly TikTok and Instagram. Do you know who is Surbhi Rathore’s Boyfriend? You will get all your answers here.

Simultaneously, she began posting singing and dancing videos to the platform. And, after receiving great feedback, she decided to pursue a career in the field. Rathore is roughly 5′ 6′′ tall and weighs 54 kg. Surbhi opted to pursue a career in social media platforms, particularly TikTok, after developing an early interest in fashion, modeling, and acting. Surbhi amassed popularity on the platform in a short period of time as her amazing videos went viral, and she racked up millions of followers. She had millions of followers and was one of the most popular celebrities on TikTok before it was shut down in India. Surbhi currently posts her incredible videos on Mx Taka Tak and Instagram, among other social media platforms.

Surbhi Rathore is currently involved in a relationship with Mohak Narang. Mohak is also a well-known TikToker and YouTuber. They post their love images and videos on various social media platforms, such as Instagram and YouTube, as a couple. Surbhi and Mohak’s supporters uniformly refer to them as Sohak. On Instagram, their fans have created several fan pages with their combined names. The charming and lovely couple is appreciated by many.

Surbhi and Mohak met at a party in Delhi through a mutual friend. Despite their youth, their admirers have urged them to marry as soon as possible. The duo can be seen most often in each other’s videos. Their prank videos have also helped them earn a lot of attention on social media. Previously, Surbhi Rathore was said to be involved in a relationship with Asheer Ahmad. On their Instagram account, the couple had uploaded the videos of their PDAs. Surbhi hasn’t mentioned Asheer’s breakup on any of her social media profiles.

Who is Mohak Narang, and Where Did He Come From?

Mohak Narang is a rising Indian fashion model, Instagram star, former TikTok celebrity, YouTuber, and social media influencer who has amassed global fame as a social media video content creator. Mohak was born on April 12, 1996, in Haryana, India, to a business family. He attended a nearby high school for his secondary education, where he learned about TikTok (formerly Musical.ly), a music video app, and began uploading his singing and lip-sync videos.

He rose to prominence on the platform when his incredible videos went viral, and he had accumulated thousands of followers. Mohak quickly grew in prominence as a TikTok celebrity and video content maker, gaining millions of followers on Instagram in a short period of time. As a famous Instagram star and social media influencer, he has been signed by various local talent management organizations.

Surbhi has a self-titled YouTube channel with millions of subscribers as of now, in 2021, in addition to Instagram and TikTok. She began her channel on June 20, 2020, while the country was in lockdown. And, on August 5, 2020, she released her first video, “MAKEUP CHALLENGE WITH MOHAK | SURBHI RATHORE,” which has received millions of views. On October 15, 2020, she received her silver play button. She and her partner Mohak primarily share pranks, reactions, lifestyle videos, and vacation vlogs on the channel.

Surbhi rose to stardom on YouTube in a short period of time after her incredible videos went viral and received millions of views. The channel’s most popular video, “Mera Prank Mujh Par Pada Bhari,” with over a million views as of 2021. She has been a face and advocate for a variety of fashion, sports, skincare, makeup, apparel, and gadget firms, including Purple Villa, Fashion Drama, and many more, as an Instagrammer, YouTuber, and social media influencer.

The name of Surbhi’s parents is Rajendra and Kanchan Rathore. LeherRathor, her younger sister, is her only sibling. She frequently includes her parents and sister in her YouTube videos and Instagram posts. Singing, dancing, traveling, photography, watching movies and online programs, swimming, and painting are some of her favorite pastimes. Surbhi loves animals very much and has a puppy as a pet.

Her favorite cuisines are Italian and Mexican. Surbhi Rathore’s zodiac sign is Sagittarius. She also got the chance to promote the works of superstars such as Rajkumar Rao, Tulsi Kumar, ParmishVerma, Tony Kakkar, Harsh Beniwal, and ManinderButtar as a result of her popularity. It is difficult for anyone to achieve success at such a young age in their career. Although, Surbhi was able to obtain all of this as a result of her Tik Tok journey. She is also the biggest fan of Varun Dhawan.