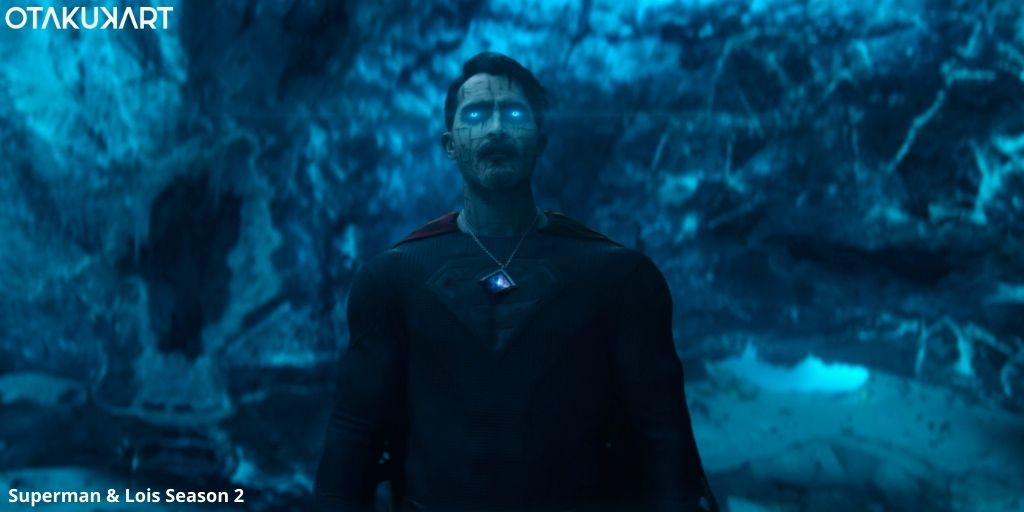 The fans and viewers are probably going to lose their minds when Superman and Bizarro face each other in Superman & Lois Season 2 Episode 4. While the previous episode gave us a look at Clark trying to get into the mines to find out what is the thing that has been the reason behind his visions. On the other hand, Lois got her father Sam involved to get John Irons access to visit the mines and help find out the thing inside as well.

On the other hand, Lois was trying to convince Sam to talk to Lucy and convince her to meet Lois because her career was on the line. Whereas, Jonathan’s suspicions about Timmy taking drugs to enhance his strength turned out true. However, he got into a fight with him that got out of hand. Meanwhile, Clark’s visions got worse as he started to feel rage and couldn’t control his powers, which freaked out his sons. Whereas, Jordan’s problems with Sarah got deeper when he found himself unable to trust her anymore.

The superhero DC tv series featuring one of the most popular comic-book heroes in history has made quite an impression on the viewers. Furthermore, the show continues to rule the hearts of the fans with the ongoing season too. However, the fans are now eagerly waiting to watch Superman & Lois Season 2 Episode 4. Although, let us dive into the events of the previous episode first and find out what all went down.

Episode 3 of Superman & Lois Season 2 titled “The Thing In The Mines” dropped on 25th January 2022. The episode began with Superman in space focusing on the voices outside the mines of Smallville and then flying towards it. However, before he could go there, his visions got stronger and he fell far away on the ground. Therefore, John stepped up to go into the mines to find out what was inside there and asked Lois and Clark to get the visiting permissions through Sam. On the other hand, Jonathan and Nat advised Jordan to at least appreciate the fact that Sarah was honest with him. But after their conversation, Jordan jumped ahead and asked Clark to tell Sarah about his powers and everything because he loved her.

But Clark disagreed and told her he was too young for any of it. Meanwhile, Jordan kept insisting which got Clark furious and his eyes turned red with the heat vision which scared everyone. Later at school, Jonathan got into a fight with Timmy after knowing that he was taking drugs for strength and Jonathan’s girlfriend Candice was selling them to him. Clark and the other coach broke out the fight and Clark took Jonathan inside to talk to him but again lost control and had to release his heat vision on his hands. After getting home, he told Lois and Sam that the rage he was feeling was not his but of the thing in the mines. Although they had to wait for John to call as went to the mines. But Dr. Faulker hit on John’s head, knocking him unconscious after he found traces of detonation.

On the other side, Lana couldn’t persuade the people during the first meeting of her mayoral campaign. However, Sarah started helping her to switch the game and show everyone who she truly was. Meanwhile, Clark started having visions again and decided to rush towards the mine knowing that the thing in it had come out. While John came back to consciousness and called in his suit. However, his solar flares didn’t do any damage to the alien. Although, Clark was shocked after seeing half of its face as it looked like him but a bizarre version. Later on, Clark and John came up with the decision to try and stop whatever it was on their own first. On the other side, Jordan fixed things up with Sarah and they got back together. While Jonathan went to Candice asked her to sell him those drugs too. In the end, we saw Lois waiting for Lucy at the diner, but she didn’t come and send someone else instead. Whereas, Bizarro arrived at Superman’s fortress of solitude and came out of the metal suit revealing his bizarre version of Superman’s suit.

“Superman & Lois Season 2 Episode 4 will release on 1st February 2022 on The CW at 8 pm ET.” Furthermore, the episode will be titled “The Inverse Method”. The episode will see General Anderson stepping in by sending his team to handle Bizarro. Meanwhile, Bizarro will probably arrive at the Kent farm which will shock everyone.

“Superman & Lois Season 2 airs on The CW at 8 pm ET every Tuesday in the United States.” Meanwhile, the show is available to stream on Amazon Prime Video. Except that, the show airs every Tuesday on CTV at 8 pm ET in Canada as well. While the viewers in Australia can watch new episodes on Binge at 5 pm AEDT every Wednesday.