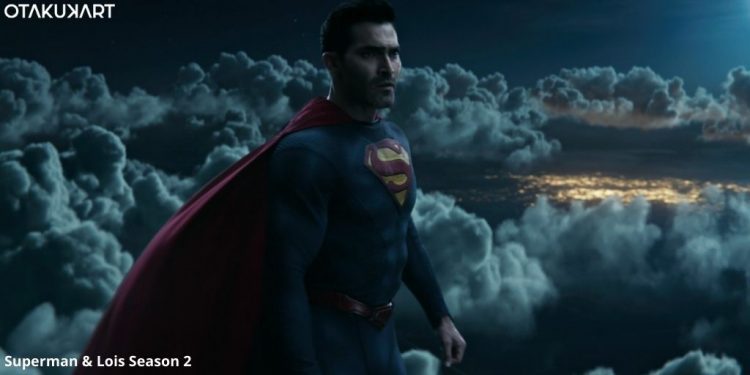 The fans and viewers cannot hold their excitement for Superman & Lois Season 2 Episode 2 when it returns next week. Especially with all the major teases that the premiere episode of the second season had in store for the audience. In addition to that, the episode gave us a look at how things were between John Henry and her daughter Natalie who arrived on Earth from their planet at the end of the first season. Meanwhile, things didn’t look good with Lois either, as she was in a different state of mind since the day she saw Natalie come out of the pod and call her mom.

Moreover, this affected her relationship a bit with Clark as well since they were not on the same page lately. On the other hand, we also got some Superman action in the episode that was refreshing for the fans after a long break since Season 1. Although, some moments did steal away most of the limelight of the episode. The American superhero television series is based on the most popular character Superman from the DC comics.

However, this iteration of Superman is based in the Arrowverse and was first introduced on the show “Supergirl”. Although, the character finally received a show of its own and premiered on 23rd February 2021. The show has received tremendous success and reviews from the first season and is now back with the second season. But the fans are now eager to watch Superman & Lois Season 2 Episode 2. However, let us dive into the events of the season 2 premiere episode and find out what all went down.

Episode 1 of Superman & Lois Season 2 came out on 11th January 2022, and the episode was titled “What Lies Beneath”. It took off with the scene from the ending of the Season 1 finale where Natalie crash-landed on the Kent farm in her pod. Moreover, things got awkward when she ran towards Lois thinking her mom was alive, only to be stopped by John, who told her she was not her mom. Fast forward three months later, we saw Clark still working at Jordan and Jonathan’s school. Meanwhile, Lois was busy recruiting a reporter along with Chrissy. Whereas Jordan was excited to meet Sarah as she was returning from Summer Camp after a month. Meanwhile, John and Natalie were in Metropolis as Natalie was starting her school in the city. However, things started to get out of hand as we saw Lois, not in her right mind.

On the other hand, Jordan finally met Sarah only to get a feeling that she was a bit off. But Sarah called it just an issue relating to her health, and she would get better soon. Meanwhile, Lois walked in on Jonathan getting intimate with his girlfriend, which got her furious. Whereas Clark finally suited up as Superman to save a North Korean submarine that was sinking in the ocean. However, he was knocked out for a minute after he started having visions and severe pain in the head. But he eventually came back from it and got the submarine to safety. Although this did not stand well with the DOD and the new in-charge Anderson that he helped the North Korean submarine. Superman didn’t agree with this as he had vowed to protect everyone around the world.

Later on, things turned dangerous in Smallville when a sudden earthquake started to put people’s lives in danger. However, to Superman’s surprise, two kids in suits with the Superman’s symbol on their chest were already in the mines saving lives. Later on, he learned from Anderson that the DOD was training kids with special powers that would put America first. Anderson also said that it was time America had more than one Superman. On the other hand, we saw Lois making up to Clark for her behavior and deciding to meet Natalie. Later on, she brought in Natalie and John to live with them on the farm until they found a place to settle in Smallville. Meanwhile, the episode ended with an armored hand coming out of deep below the mines in Smallville.

“Superman & Lois Season 2 Episode 2 will release on 18th January 2022 at 8 pm ET on The CW.” Moreover, the episode will be titled “The Ties That Bind”. It will get quite exciting as we might get a better look at the big bad of Season 2. There are high chances of Doomsday being that big bad. Whereas, Clark will come clean with Lois about his recent visions that show destruction. Meanwhile, things might get more troublesome between Jordan and Sarah.

The hit superhero television series based on Superman has caught the attention of fans once again with the latest second season. That is why the fans are eager to know where to watch Superman & Lois Season 2? Well, the question has a pretty easy answer. “Superman & Lois Season 2 airs every Tuesday at 8 pm ET on The CW in the United States.” Furthermore, the episodes are available on the official website of The CW. Other than that, the viewers in the U.S. can stream the show on Amazon Prime Video as well. Fans in Canada can tune in at 8 pm ET every Tuesday on CTV to watch new episodes of Superman & Lois Season 2. Whereas, the viewers in Australia can stream new episodes on Binge every Wednesday at 5 pm AEDT.