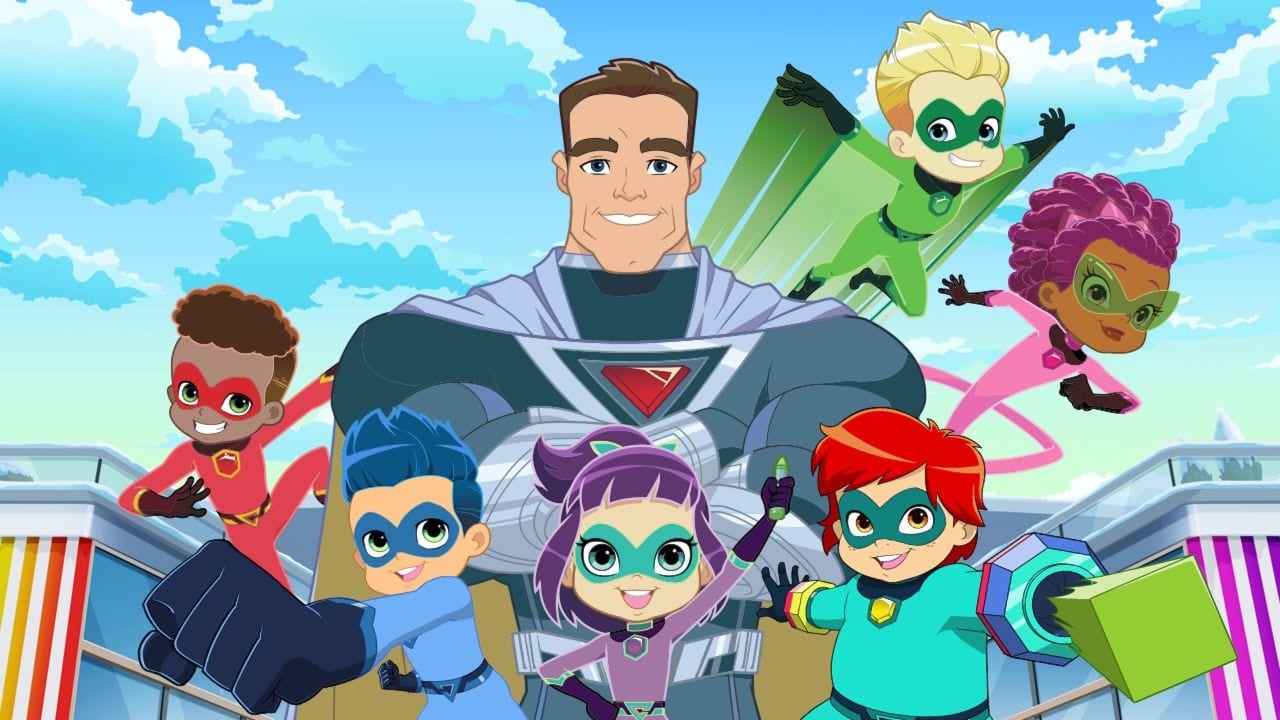 Our article today is bound to make all Stan Lee fans out there extremely happy. We say this because one of the great creator’s last works, before he passed away, is all set to be released. Superhero Kindergarten is an American Television Series that premiered in April 2021. Stan Lee’s sudden death in November 2018 came as a huge shock to a massive number of people worldwide. He was a genius creator who is the main man behind the blockbuster Marvel and DC Universes.

Stan Lee has created some of the biggest superheroes our world has ever seen, right from Iron Man, Spiderman, and Captain America to Thor, Antman, and the Hulk. He is also the man behind some of the greatest villains in Hollywood. That’s right if you have Loki in your mind, he is a creation of Stan Lee’s. This is why we are very excited to see another one of his superheroes brought to life by our beloved Arnold! 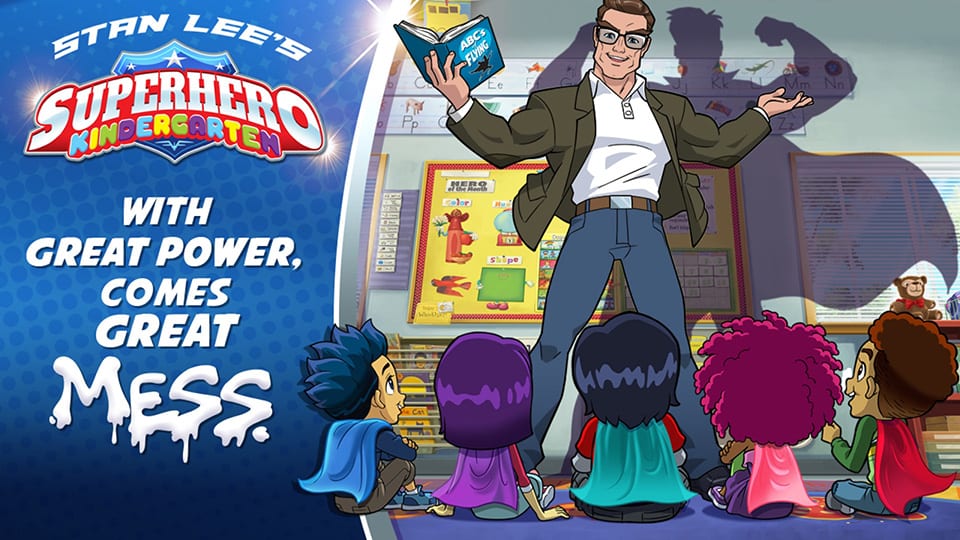 Our article today is focussed on the latest baby of animated American television – Superhero Kindergarten. We will see six young kids here conquering the mightiest of villains to save the world as they struggle with learning the basics of the English alphabet. Just the concept alone has us in fits of laughter as we try to imagine the comedy this series will ensue. The first episode, which was released a little over a week back, witnessed a historic record viewership of over 2 million in mainland United States. We, however, are not surprised in the least. Given Schwarzenegger’s popularity and the fact that this legendary superhero was created by none other than Stan Lee himself, this was bound to happen. In fact, Arnold Schwarzenegger went on record to say that Superhero Kindergarten is the ‘greatest superhero to have ever lived’. Read on to find out more details of this superhit show!

Also Read: Did Justin Fletcher ‘Mr. Tumble’ Pass Away Or Is It Just A Rumor?

The first three episodes of Superhero Kindergarten have already released on the 23rd of April. They are called ‘The First Day Of School’, ‘Art of The Steal’ and ‘Hammy’ respectively. In the series, we see Arnold Schwarzeneggar play Captain Arnold or Captain Courage. Jules de Jongh appears Pedro in all three episodes. We see Nneka Okoye as Patty, Shash Hira as Vik, and Rae Lim as Lin. Shelly Longworth appears as Billy and Penelope Rawlins as Jackson. Principal Shoutzalot is played by Desiree Burch, while Dan Russel appears as Dr. Superior.

Since the series is animated, we actually hear the voices of all the artists instead of actually seeing them on the screen. Since the series has just been released, we can expect some newer characters in the upcoming episodes. There are small cameos of Stan Lee with references to both the Marvel and DC Universes throughout the episodes. So far, new episodes will release every Friday.

The main plot and storyline of the series revolve around the developments in the life of a Gym Coach. In this case, we are referring to Captain Fantastic, who happens to be one of the greatest people who can protect our planet Earth. Interestingly, this coach in question lives a dual life. He is an undercover kindergarten teacher but a real-time superhero. His motive is to raise a group of super children who can work with several superpowers to work with him and be of assistance in saving the Earth. Actually, these kids got their superpowers accidentally since they were near a battlefield where there was an ongoing battle. The two parties involved here were our Captain and the evil Dr. Superior. Captain Fantastic receives his power mysteriously from a strange comet passing by.

Where To Watch Superhero Kindergarten?

You can watch all-new episodes of Superhero Kindergarten on Kartoon Channel. Additionally, these episodes are also available on their official website and YouTube channel. For those of you who love your streaming services, Superhero Kindergarten is available on Apple TV and Amazon Fire TV. You can catch new episodes every Friday. Each episode is about 26 minutes long. Everyone, from children to their parents, can enjoy the series together.

The series is expected to have a total of 52 episodes, with one episode releasing weekly. Please find the release dates of the next 7 episodes of Superhero Kindergarten below:

Also Read: When Is The Fortnite New Update V16.30 Coming?