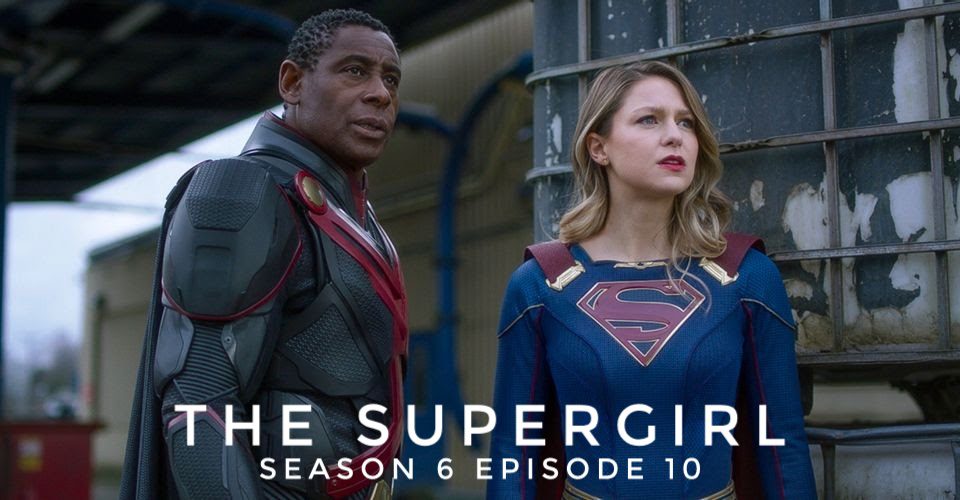 Supergirl season 6 episode 10 will show the superhero contending with another more grounded issue. Much like the previous episode, the tenth episode will also revolve around a comparatively less extravagant superhero action affair. While the previous episode dealt with Nyxly and Nia’s storyline, episode 10 will deal with William and Kara. From the official synopsis available online, it seems that the episode will see Kara dealing with an alien boy. With a heavy focus on Kara and William, the show seems to have a low-key vibe going on for this season. However, in the finale, we’d ultimately end up on a high-octane CGI spectacle. Let’s delve into the details surrounding episode 10 of Supergirl season 6. The following entails spoilers for episodes 9 and 10 of Supergirl season 6; tread carefully!

Supergirl season 6 episode 10 will release on September 7, 2021. This episode will be titled “Still I Rise”. You can catch the episode when it airs on Tuesday at 9 pm ET. If you happen to miss the telecast, you can catch Supergirl episode 6 on Amazon Prime Video. The streaming platform also hosts all the previous seasons of Supergirl.

Episode 9 of Supergirl season 6 saw Nia in a dream where she unsuccessfully tries to reach her late mother. That’s when Nyxly makes a sudden appearance. She claims she is trapped within the dream but offers to bring Nia’s mother to her for one day, alive. In exchange, she asks Nia to free her. Nyxly also promises to return to the fifth dimension afterward. Although her instincts and an owl’s advice tell her to do better, she finally relents and accepts Nyxly’s offer. Andrea continues to tell William and Kara to do some human interest stories about the Superfriends. Kelly gets an assignment that entails helping an alien boy who’s acting out with her superpowers.

We learn that the boy’s brother is in prison. Kelly and Kara discover that someone has corrupted his much-lauded work release plan to steal parts for a dirty bomb. William and Kara eventually find out who the real perpetrators are. It is a known crime boss and the prison warden who plotted the scheme together. Supergirl shows up, and the perpetrators eventually give in and surrender. Meanwhile, William’s interview with Supergirl, who defends the new work release program, impresses Kara. Later, Kelly exposes the alien boy’s abusive foster host. She plans to take the guardian role for the boy, with Alex and James supporting her.

What will Happen in Supergirl Season 6 Episode 10?

According to the official synopsis that the show recently revealed, episode 10 looks like it’ll also entail of grounded affair. Supergirl season 6 episode 10 will see Nia spending time with her mom. According to the official synopsis, Supergirl will be confronting the corporate world in episode 10. A building in the Heights that was set aside for low-income housing suddenly stands at risk of being sold off to a major corporation. To help her win over the city and save the building, Supergirl will enlist the help of Orlando. However, things will go awry when Nyxly shows up again.

Meanwhile, Nia is training with her mother. Jesse Warn serves as the director while Jess Kardos shares writing credits with Nicki Holcomb and Jen Troy. Amid all the extravagance and high-action sequences, it’s refreshing to now and then sees Supergirl engaging in grounded storylines. Episode 10 of Supergirl season 6, “Still I Rise,” seems to be a step in that very direction.