Super Rich Season 2: Is There A Chance of Renewal?

As Super Rich ended, fans are left anticipating if there is going to be a season 2 or not. 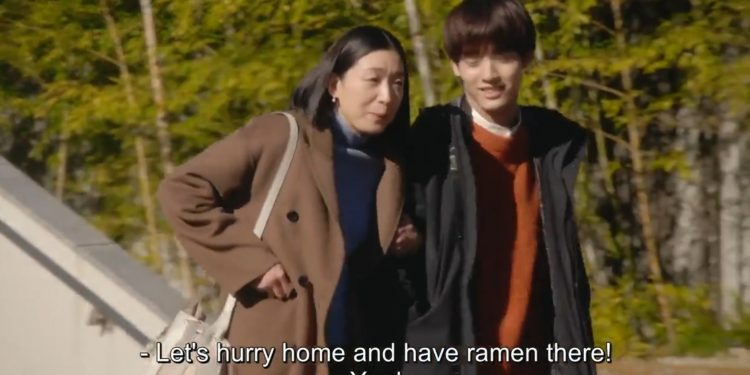 Japanese drama ‘Super Rich’ finally ended a few days back, and the ending was a sweet old tale. From the anticipation surrounding if Miyamura was the one who betrayed Mamoru, we did feel a sigh of relief as he was like a hero disguised as a villain. Well, now that the first season has concluded finally, fans of the drama are asking the obvious, will Super Rich have a season 2? If yes, then when?

The drama had caught the eye of many due to its storytelling, OST, and also the strong portrayal of the character of Mamoru. Every character was realistic to the point where it never felt that a part of the story could be too good to be true. Though the story had a fairytale ending, it had its fair share of struggles. Mamoru and Haruno gave every aspect of their lives the same priority that they previously used to do. The cast members did a fantastic job, and everyone was convincing in their respective roles.

Before heading towards any information regarding the second season, let’s look back at the journey Mamoru, Haruno, and all the other characters encountered.

A Journey Of Mamoru From Three Star Books

The story revolves around an influential woman and the CEO of Three Star Books, Hyoga Mamoru. From her childhood, Mamoru was born with immense wealth. Never once had she realized what it is to have a financial crunch. However, life played a brutal joke, and her family died. Mamoru overheard one of the staff saying that her parents died because of her. From that day onwards, she never spoke with anyone much. Her only friend in her entire life was Ichinose Ryo, with whom she started Three Star Books.

A Faith So Blind

Ichinose was the only friend on Mamoru since her university days. When his parents passed away, she found her solace in books.

She used to read so much that it caused her to start her own e-book company. She wanted any person who was lonely like her to be able to find their best friends in those books. Everyone in the office thought that something was going on between Mamoru and Ichinose. She used to trust every decision he took. At some point, it even felt that she felt that the decision was wrong but still didn’t say anything to Ichinose. One fine day, one such decision made her lose all her office funds.

When everyone in the office noticed that there were high chances Ichinose could be behind it, Mamoru though suspicious, didn’t believe a single soul. Then when she got proof, that’s when she realized. Mamoru, as a character, never showed her inner feelings very clearly. Especially when the situation is tight, one cannot easily tell whether she is affected or not.

When interns were hired in Three Star Books, Haruno was supposed to be one of those. However, during the orientation day, nothing was going according to him, and he was late.

By the time he reached, the orientation had ended. He requested Mamoru multiple times, but it didn’t work. After that, every single day, Haruno used to come in front of the office so that somehow he could get to work. This was the starting point of the storyline featuring Mamoru and Haruno.

Miyamura was one of the closest colleagues Mamoru had. Just like Haruno was asking for work every single day, there was a time when Miyamura was also in the same situation.

That time Mamoru believed in him and gave him work in Three Star Books. With time Miyamura developed feelings for Mamoru. Though his feelings were rejected, he decided he would always stay by her side no matter what happened.

Mamoru and Haruno had started liking each other, and it’s also been months since Haruno started working in the company. Mamoru heard that her grandmother was not doing well, so she went to visit her at the hospital. When she reached there, it was not a favorable meet. Her grandmother loathed her.

Mamoru recalled how she also hated her mother as she gave birth to her. From childhood only, the bond never grew between them. As a result, when she passed away, Mamoru was practically feeling nothing. However, during all this, Haruno was always beside her.

Mamoru got to know that apart from Miyamura, Imayoshi also shared feelings for Mamoru. Though at first, she wanted to leave, Mamoru made her stay as she was not just an employee for her. She was someone very close to Mamoru.

Finally, this was the moment when we all collectively gasped as Mamoru and Haruno got married.

In all the marriage celebrations, Mamoru heard from the doctor that she needed to look after her health. If she continues to work like that, it can be dangerous for her. During the time she started remotely working, the investors were losing interest in the company, and it was becoming difficult for the others to win their trust. They were not trusting a company whose CEO was not present for so many days. Mamoru and Haruno had some unsettled issues, which they did sort out. Meanwhile, Shimatami made another move. Now that Three Star Books needed funds, she told Mamoru that she was ready with the money. However, there will be a company takeover, and Miyamura will be the future CEO. The confusion ended when Miyamura said that he planned to take information out of Shimatani.

When everything got settled, and Mamoru opened a new company, the story ended with Mamoru and Haruno enjoying a hearty meal. For Mamoru, money was important but eating with Haruno, sleeping on a warm blanket was also equally important. For her, that was the definition of Super Rich.

If the story is to follow the previous storyline, then accordingly, the same cast will follow. However, if a new storyline gets introduced, then the cast may change. But that’s for the future. Here is the cast of Super Rich from season 1. In the year 1980 born Japanese actress Eguchi Noriko played the role of Hyoga Mamoru, and Akaso Eiji played the role of Haruno. They were the main leads in the series.

Apart from them, in the supporting cast, there was Machida Keita as Miyamura Sora, Yamoto Yuma as Shoji Tatsuya, Furuta Arata as Ikari Kenji, Matsushima Nanako as Shimatani Shatomi, and Nakamura Yuri as Imayoshi Reiko, among many others. The OST of the series was also very well received by the audience.

Super Rich Season 1 was available on its original network Fuji TV. You can watch or binge-watch the series anytime on the Rakuten Viki app, and it doesn’t even require a Viki pass. You can easily watch the drama for free. It has a lot of subtitle options so that you can choose. Apart from this, you can stream the drama online as well.

Will There Be A Super Rich Season 2?

Well, for now, the answer is no. There is no official confirmation from any of the directors, crew members, or cast members that Super Rich will have a possible season 2. The show ended on quite a fulfilling note where every character has been given closure.

One chance was that the revenge of Shimatami could have been a possible storyline. However, that also cannot happen. Before the last episode ended, she told Mamoru that she would retire now to focus on other factors of her life. The only possible theory that fits the situation is that a new story has been introduced with a new set of characters, where everything will start from the beginning. However, as of now, nothing has been confirmed. All these are mere theories.

Will There Be An Insecure Season 6? Renewal & Recap