Mamoru's Company saw a boom however, that's when they face one of their biggest challenges. 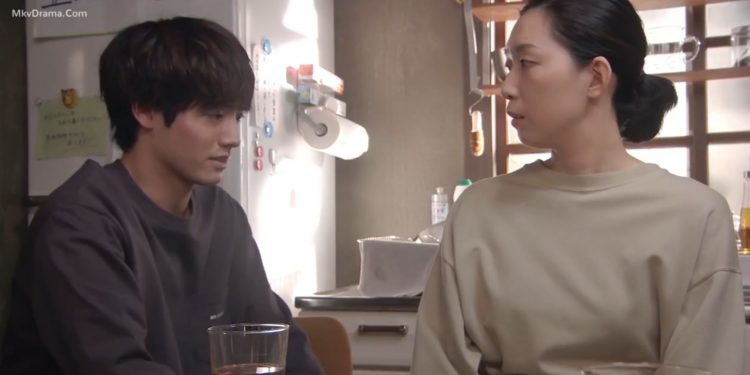 Episode 8 Of Super Rich is going to be one fascinating ride for the fans. The Japanese drama made the viewers grab their seat belts when finally Mamoru admitted her feelings for Haruno. It was the moment we all waited for. However, that’s not the only thing that kept the fanbases yearning for the upcoming episodes. Though Mamoru excepted Haruno’s feelings, the moment the topic of marriage came into question, Mamoru saw herself being in a confused state. Is it because she and Haruno have a subsequent age gap or because marriage may bring a comma to her successful career? Well, the upcoming episode is there to answer all these questions.

As a child, Mamuro never received love from her grandmother. However, the way Haruno has always been by her side, that’s when she decided that she would confess to him. The Japanese drama never stops from trending for its impeccable cast, OST and reviews prove that the gripping storyline is successful in keeping the audience hooked on the drama.

When Will Super Rich Episode 8 Release?

Super Rich Episode 8 will release on 2nd December 2021. The drama has gained a positive response for its character portrayal. Not only this, the series shows the practical side of life rather than some fantasy. Per week 2 episode releases and each episode have an average duration of 54 minutes.

The drama aires on its original network, Fuji Tv. Besides this, the international audience can view this drama on the Rakuten Viki app. However, for that, you will need to buy the subscription pass. Choose what plan suits you the best, and after that, you are all set to watch this drama without any hassles. Originally, the drama started on 14th October and has a scheduled end on 16th December 2021.

Episode 7 starts with Mamuro calling out someone as she has been betrayed. A few scenes before, Haruno and Mamuro talk about their feelings. Haruno wants Mamuro to wait for a while before he makes their relationship official so that in the meantime, he can clear his debt that he took from Miyamura Sora. Meanwhile, Mamoru’s company is booming with success. On the other hand, Samejima’s secret about her pregnancy got known by her colleague.

Haruno is working extra hard, doing part-timers so that he can be off debt. With him, Mamuro enjoys the smaller aspects of life, something she never used to do before. On the other hand, Ikari Kenji has got the appointment from Izumi Publications, where he previously used to work. Miyamura, though he knows about Mamuro’s feelings for Haruno, still does not want to leave her side. For him, being by her side, working with her is important, and though his heart aches a bit, he still wants it that way.

Finally, it’s the D-Day when Haruno repays his debt. Later, in the evening, he made steak to celebrate the occasion. This scene especially was beautiful to watch. This is unknown to none that the prejudice, though less now but still exists that kitchen work is certified to a specific gender only. However, in this case, both Mamuro and Haruno do their share of jobs in the household, and nothing is concentrated to a specific gender only.

Well, it got clarified that ultimately Ikari was not responsible for the plagiarism, but that’s not where all the problems end. In all this chaos, finally, one good news came out that we all were waiting for. It’s Mamoru And Haruno’s Wedding. Now, if everything goes so smoothly then where’s the drama, right? The next day Imayoshi came to Mamuro’s house to talk to her about something. What will it be? Will it affect Mamuro’s marriage with Haruno? To know more keep watching Super Rich.

Andre Dickens’ Girlfriend: Who Is The Prominent Councilor Dating?