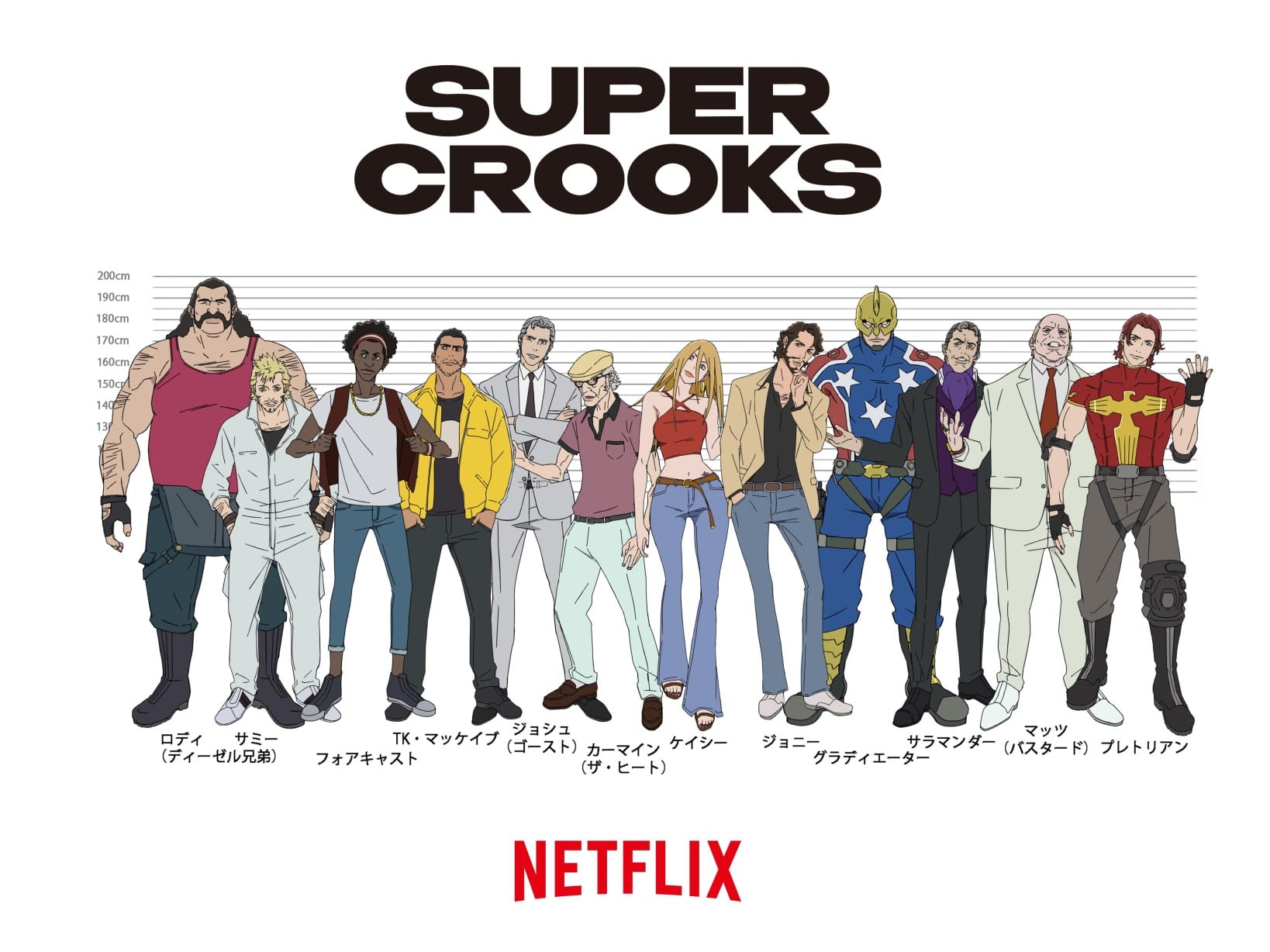 Netflix, after acquiring Millarworld, has decided to adopt most of the works of Mark Miller. In May, we came across Jupiter’s Legacy, which too was based on the work of Mark Miller. Recently, Netflix has been taking some particular interest in anime. After announcing many interesting original and spin-off anime this season, Netflix dropped another announcement. Yes, we are talking about the Super Crooks anime announced by Netflix. The story of the new anime traces through fun, action, and a cleverly strategized heist. Long story short, it might just be one of the coolest anime to have been created. The announcement also came along with a poster of the to-be-released anime. Its art style and character design are amazing. There is a hip feeling to this anime that I would love to explore more about when it comes out.

Super Crooks is based on the comic written by Mark Miller and illustrated by Leinil Yu. Super Crooks dives into modern concepts and embraces the simplicity in a story. Its art was beyond being just called decent. It does not overdo its plotline and still manages to stand out with its witty panels. I find Miller’s works very admirable, and having one of his stories turned into an anime is very exciting. Given Netflix’s history with many heist series, I barely doubt we will be disappointed with Super Crooks. With the Super Crooks anime announced by Netflix, many fans of the original work might be hyped up. Here are all the available details of the anime that you might find interesting.

In this supernatural story, we come across Johnny Bolt. He forms a team of supervillains to perform the last but the biggest heist. He takes this heist to Spain instead of American because of the innumerable heroes and villains. The person they are about to rob is The Bastard, an infamous villain who is very vengeful and hunts down anyone who bothers him. This team of superhuman felons plans to steal his money from a vault underneath his house.

The original comic ended within 4 issues. However, readers were loving it and thus were disappointed as it came to an end. An anime adaptation is sure to make up for their disappointment. Super Crooks gives away a very cool impression. Especially, the artist Leinil Yu constantly draws the story with the utmost efficiency. You can buy the issues of Suoer Crooks on any online shopping app or website to experience the story before the anime drops. 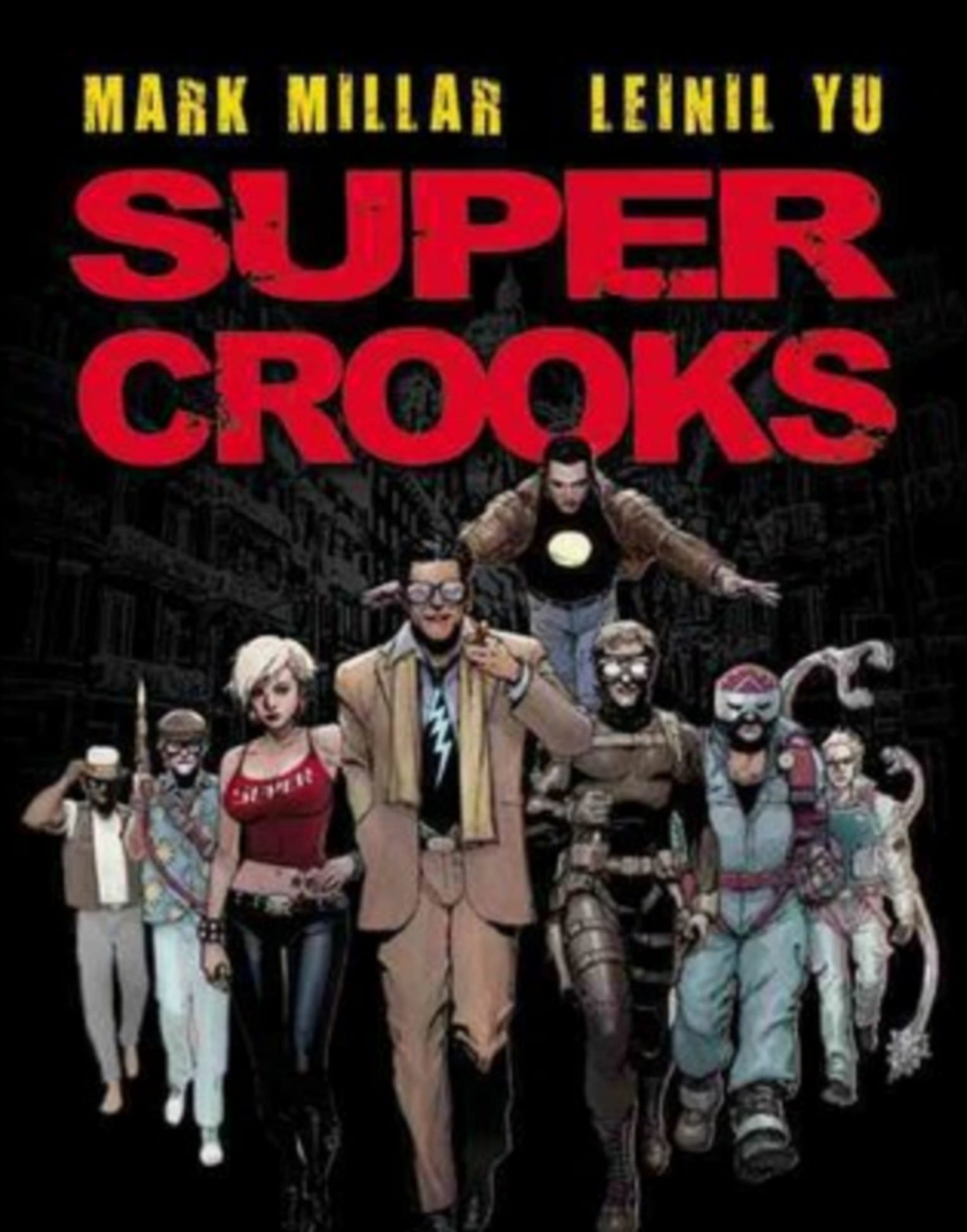 The anime was announced during the Annecy International Animation Film Festival, 2021. On 15 June 2021, Netflix  Japan took to Twitter to make an announcement regarding the upcoming Super Crooks. The tweet describes the anime as an “Unpredictable climb action by a small villain who planned the last big robbery”.

Super Crooks anime announced by Netflix will be animated by Studio Bones, which sparks further interest in the show. Some of Studio Bones’ notable works include My Hero Academia, Ouran High School Host Club, Bungo Stray Dogs, and Fullmetal Alchemist. The anime will be directed by Motonobu Hori as Dai Sato writes the screenplay. Takafumi Mitani is illustrating all the character designs, and from the poster, we can say that this is definitely going in a positive light.

The anime has been just announced, and it is too soon to expect a release date or trailer. However, we are hoping that the anime will come out by the end of 2021 or the spring of 2022. So we can expect a trailer by the winter of 2021. But this is all an assumption, so it might be a while before these crucial details are made available. You can stay in touch with the Netflix Japan Twitter page or check our website for future details.

The same goes for the voice cast. There has been no revelation about this topic either. However, the anime is confirmed, and we can expect all the details to be out soon.