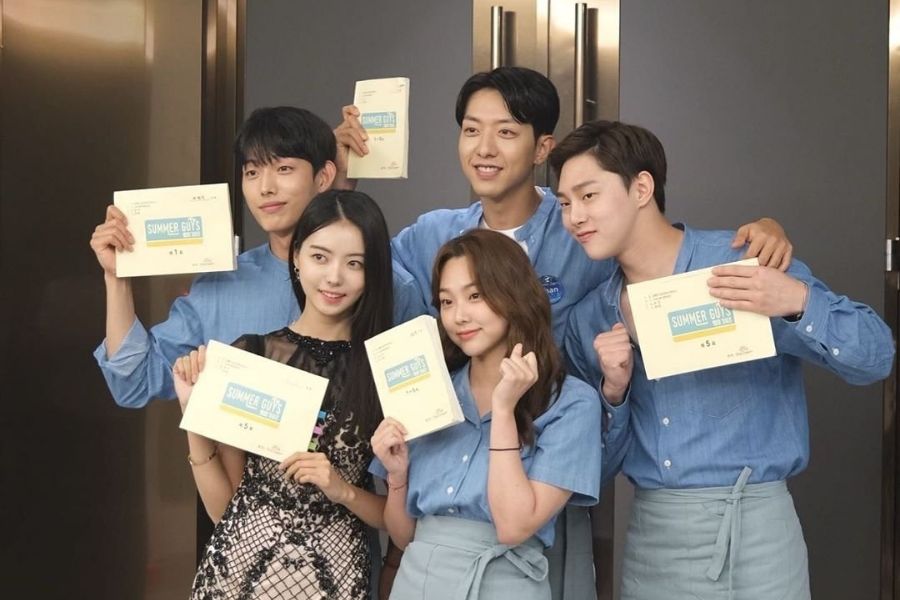 Summer Guys K-Drama is an ongoing South Korean drama featuring Lee Jung Shin, Kang Mi Na, Viini, and Im Na Young in lead roles. The drama started airing on 3oth March 2021. We all want a dreamy vacation for relaxing don’t we, After a long and cold winter we eagerly wait for the summers. The cool and breezing summer vibes along with a vacation with friends or family are just perfect. On top of that if you find the love of your life while chilling on the beach what could be better right? So, if you are a true K-Drama fan and are eagerly waiting to step out and feel that vibe this is the exact drama you should be watching this summer.

I don’t know much about others but it definitely made me wanna go on vacation. Not just that it is also eye candy for the viewers like you and me with such beautiful and handsome faces onscreen. The drama will absolutely set you off in a chilling mood, forgetting your dau to day hardships and struggles. Fiction is an escape from reality, we all know that so use that and chill in the summer with the summer guys. The drama is not bulky, it is light and free-spirited and will soon go off air on 28th April 2021. It airs just two days a week, which is Tuesday and Wednesday only on Abema tv. The episodes are not too time-consuming and are just 30mins long per episode. 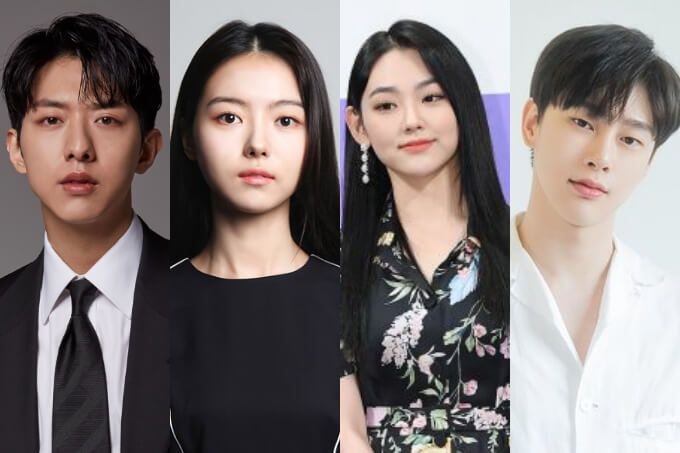 The drama revolves around five main characters Seon Woo Chan, Oh Jin Dal Rae, Park Gwang Bok, Yeom Ah Ran, and Ma Tae Oh. It mainly focuses on the lives of these five people who pledge to save a drowning bar at a very prime location. It is a youth drama centered in the summers with hot people around who come to take an escape from their day-to-day reality. An old cocktail beach at the subtropical South Korean island of Jeju is on the verge of sinking. Despite the prime location of the bar, profits don’t seem to come any day soon. The 25-year-old Oh Jin Dal Rae is determined to give the last chance to the bar from drowning.

She executes a different and innovative plan as the summer approaches. She hires three absolutely smart and dashing bartenders who help her out to save the bar. Also, Yeom Ah Ran who is apparently the daughter of a rich businessman shows her interest in the bar and hence joins in the fate. Oh Jin Dal Rae decides to revamp the bar along with her new team to seek maximum attention from the people who come to Jeju in the summer. But things do not go that smoothly as planned since love and affairs meddle in between. The relationships, heartbreaks, romance comes in the way of the bar, how will they overcome it all we will get to know in the drama. Directed by Heo Chan the drama already makes a place in our hearts and is a must-watch for the hot summers.

Summer Guys Episode 3 will be released on 6th April on the original network Abema Tv. The drama airs every Tuesday and Wednesday on the network along with the online broadcasting network Viki. The drama is available all the time on Viki along with Subtitles in English, Arabic, Korean and Italian. As of now, two episodes have been released so far which is receiving quite a good amount of reviews from the audience. It started airing on 30th March and will air till 28th April 2021. It has a total of 10 episodes with a duration of each episode to be just 30mins. 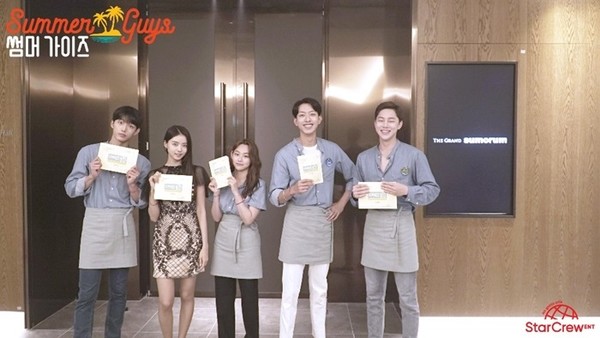 Will Summer Guys have a Season 2?

As of now no final confirmation of the renewal of the show has been confirmed. The production team is yet to announce that. As of now, we need to just wait till the show gets over only then something about season 2 can be stated. Since the number of episodes of the drama is very less there are higher chances for it to come back with a second season. The series is also popularly known as Sseommeo Gaijeu and the genres include music, romance, youth, and drama. With the screenwriting under Yook Shi Mon and the direction under Heo Chan. How the revival of an old cocktail bar happens with the utter determination of few young people in the summers is the overall story of the drama.