Summer 2021 Anime Season will start soon with new trending Anime that will release by the end of June and early July. With most of the Anime concluding their seasons and episode finale, Summer Season follow up joining Anime like My Hero Academia Season 5, One Piece Boruto Naruto Next Generation, and many other Animes that continue with the Summer Season. However, the upcoming Summer Anime will include Animes that are continuing from the last seasons.

Summer 2021 Season will end around September and followed by Fall 2021 Anime. Below we will be looking at Anime like Girlfriend, Girlfriend, Remake our Life!, The Case Study of Vanitas, The Aquatope on White Sand, D_Cide Traumerei The Animation. RE-MAIN, Mother of the Goddess’ Dormitory, Higurashi: When They Cry – SOTSU, Love Live! Superstar, Life Lessons with Uramichi Oniisan, Kageki Shojo, TSUKIPRO THE ANIMATION 2. Take a look below at the Summer Anime 2021 schedule.

We couldn’t get new shows for Monday, but we have an ongoing show: To Your Eternity, where an orb possessed a boy’s body after death. Joan became known as Fushi and began traveling worldwide, but he lost many friends as they die during the journey. However, Fushi gains survival skills and gets matured as a human being learning the way of humans. He ends up meeting with Gugu, a monster, and the two fight with different monsters. You can watch To Your Eternity online on  Crunchyroll.

Battle in 5 Seconds After The meeting will air on Tuesday, 13 July 2021, 12:00 AM JST. Akira Shiroyanagi is a high schooler gamer and Konpeito. Akira joins the battle after being dragged by a mysterious girl Mion. The participants get erased from the family register and take part in experimental receives new powers. You can visit dea5-anime.com.

Seirei Gensouki: Spirit Chronicles will air on 6 July 2021, at 2:00 AM. Rio is a seven years old orphan boy who lives in the slums. The boy got reincarnation of Haruto Amakawa, a Japanese university student with a horrible past. Rio goit shocked when he knows that he wields exceptionally potent magical abilities. He uses the powers to solve the kidnapping case of a young girl. Rio’s good deed got him enrolled in a prestigious academy for noble children.

TSUKIMICHI -Moonlit Fantasy will air on 7 July 2021, 11:00 PM. Makoto Misumi was an average high school student before his parents got to another world to become a Hero. But Misumi got humiliated after being stripped of the Hero title. And insulted by the goddess of the other world and sent to the edge of the world. During his travel, Makoto met with dragons, spiders, orcs, dwarves, and all sorts of non-human tribes who befriends him. You can visit Crunchyroll for more updates.

Drugstore in Another World: The Slow Life of a Cheat Pharmacist will air on 7 July 2021, 10:00 PM. A guy named Reiji got transported to a fantasy world, where he finds that he makes potions at a higher level than his rank allowed him. He took that to his advantage and warmed more money that allowed him to open a drugstore. Reiji relaxes with different dragons end elf making portions for a living. You can visit the following web address for more details www.cheat-kusushi.jp. 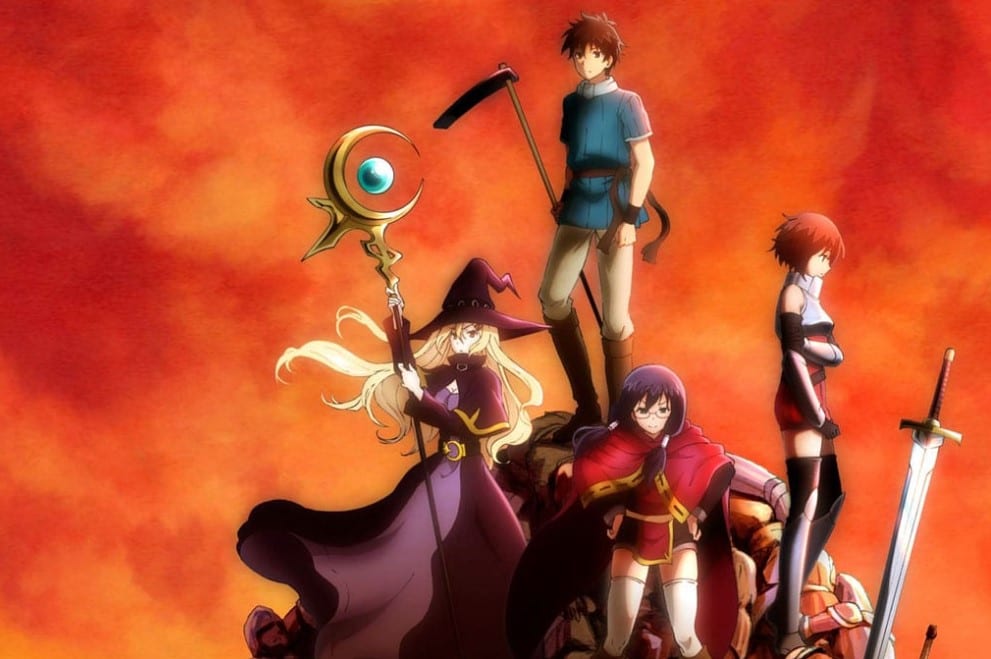 Scarlet Nexus will air on 1 July 2021, at 10:30 PM JST.  In the year 2020, a monster called ”Others” rises and begins to devour humans. To take down this new enemy, The ”Other” Suppression Force got created to destroy the enemy. A child, psychokinetic Yuito, got saved by an elite team and began training. Kasane got scouted for her abilities to help eliminate ”Other.” You can watch Scarlet Nexus on its website: snx-anime.net.

Peach Boy Riverside will air on 1 July 2021, at 10:00 PM. Princess named Saltherine Aldarake, living in the Kingdom of Aldarake. Saltherine had a dream of traveling. But it is a scary dream where the monster, fortunately, the princess, met with traveler Mikoto, who later reveals that he is  Momotaro, a demon-slayer.

Miss Kobayashi’s Dragon Maid S will air on 8 July 2021. The Anime returned for another season with a strange turn of events that cause Tohru to work as Miss Kobayashi’s maid. Tohru always causes trouble for Miss Kobayashi, trying to mingle with humans and carry out her maid duties. Tohru’s friends, Kanna, Lucoa, Fafnir, and Elma, also get a chance to coexist with humans, but the threat of a new Dragon swoops down upon Miss Kobayashi. You can visit Crunchyroll for more updates.

The Dungeon of Black Company will air on 9 July 2021. A boy got teleported to another and welcomed with open arms. Kinji got terrible where he got enslaved in an evil mining company. Kinji learned the meaning of hard work in the fantasy world. Unfortunately, we couldn’t find an official way for this Anime, but you can visit meikyubc-anime.com.

The Idaten Deities Know Only Peace will air on 23 July 2021, 12:55 AM. Eight hundred years passed since the battle gods “Idaten” defeated the “demons.” The world got destroyed after a fierce battle. The battle between gods and demons became a tale as the peaceful generations of goods reign. A mysterious perse reincarnates the demons, and the great wars id about to begin.

Sonny Boy will air on  16 July 2021, 12:30 AM. The mysterious guy got transferred after summer vacation. The student finds that their chances of survival are by using the new superpowers that they received. 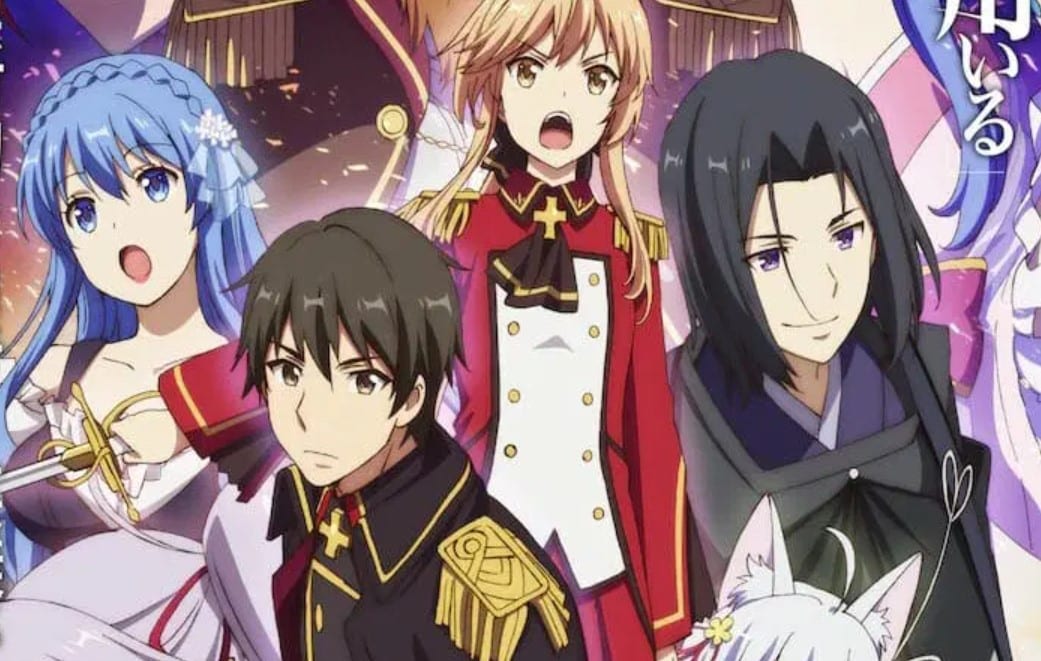 How a Realist Hero Rebuilt, the Kingdom

The Honor at Magic High School will air on 3 July 2021, at 11:30 PM. This Anime is a spin-off tv anime about a magical school. Miyu is the show’s start and attends magical high school with her younger sister and her older brother Tatsuya.  It almost a century where magic got used for technology; the students attend the magical school to show their skill and talent through magic. You can visit mahouka-yuutousei.jp for more updates.

The Great Jahy Will Not Be Defeated! will air on 1 August 2021, at 2:00 AM. The Great Jahy, the Dark Realm’s is feared by all, but when encounters with a magical girl cause destruction of mana crystal. The Dark Realm falls and transports powerless Jahy to the human world. Unfortunately, it became hard to revive the Dark Realm from a cramped. You can visit the official website to get more details and updates of the Anime on the following link: jahysama-anime.com.

How a Realist Hero Rebuilt, the Kingdom will air on 4 July 2021, at 1:30 AM. The Anime follows the story of Kazuya Souma, who got teleported to another world. However, Soma has a different view about Heroes, and he decided to rebuild the flagging economy of the new land. You can visit genkoku-anime.com.

The Detective is Already Dead will air on 4 July 2021, at 9:30 PM. The story begins with a hero, but ​Kimihiko Kimizuka whis always in trouble. He is always involved with stumbling across murder scenes or receiving mysterious. Finally, Kimuzuka met a brilliant detective Siesta, fighting a secret battle with an organization of pseudo-humans. The two became the perfect pair in solving crimes. Don’t miss other shows like The Duke of Death and His Maid, Getter Robo Arc. Also read, Read My Hero Academia Chapter 318: Preview And Recap.