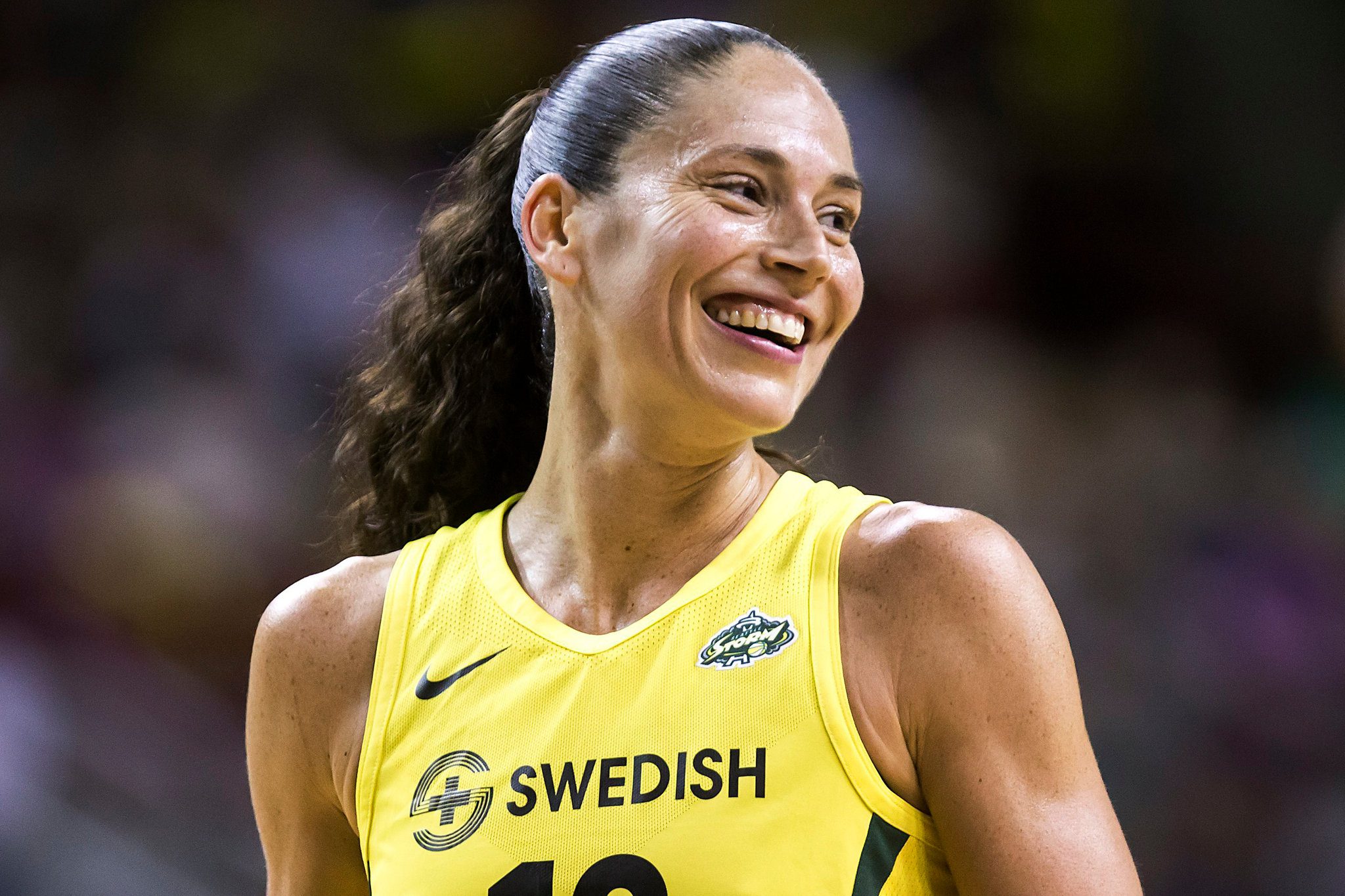 Here we will be talking about who is Sue Bird’s girlfriend. Sue Bird is a professional basketball player. The WNBA’s greatest, Sue, plays for the Seattle Storm. Sport is a field known to have been dominated by men. Players like Sue Bird have proved that wrong and have shown the world what a woman can do. To be more precise, throughout her remarkable career, she has got tons of recognitions under her name. Some people find Women’s Basketball less aesthetically pleasing than Men’s basketball. Despite that, Sue has a fan base of 569K on Instagram and is a dominant name in the WNBA. Decades of Dominance, list of accolades as long as your arm, all-time elite, and one of the greatest players in the WNBA history. Sounds familiar, right?

Well, Sue is a 3 times WNBA Champion, 12 times All-Star, 4 times Olympic Gold medalist, 3 times WNBA assists leader, and a 2 times WNBA peak performer. She did not stop here. The 2002 sportswoman of the year has her name in the top 15 players of all time and also WNBA’s top 20 players of all time. Sue is one of the only 11 players to have won all 4 of the major recognitions. The WNBA Championships, Olympic gold medals, NCAA Championships, and FIBA World Cups. The records say it all about the magnificent all-around greatness she is. Sue Bird, in 2017 came out as a lesbian after she announced that she was dating a female soccer player. Who is her girlfriend? Excited to know, aren’t you? So without wasting any more time, let’s hop onto the bandwagon and explore her dating life.

If you think what the heading says, then you have guessed it right. Megan Rapinoe is Sue Bird’s girlfriend. Last year the couple got engaged after Megan proposed to Sue in a beautiful backdrop amidst the ocean in an infinity pool. So adorable, right?. Sue made it official by posting a picture of that on her Instagram handle back in 2020. An avalanche of warm wishes and greetings for the adorable couple poured out in the comment section. Both fans and their friends congratulated them. Sue, although in 2017, announced the relationship, and since then, Megan has been spotted many times during the games supporting and cheering for Sue. They are just perfect for each other and beautifully complement each other. 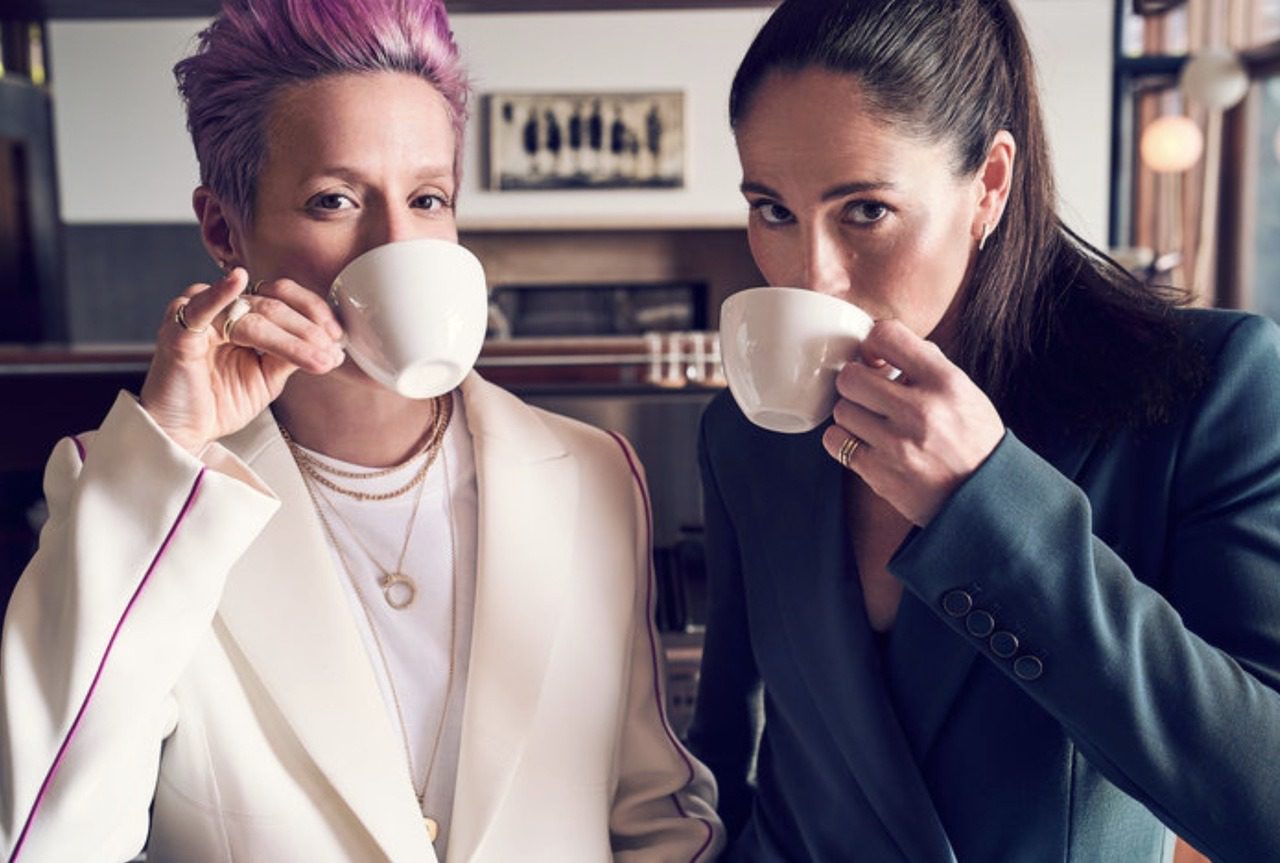 All About Sue Bird’s Girlfriend

Megan Rapione, just like Sue, is a celebrated name in football. She is a decorated soccer player and plays for Ol Reign in the NWSL and for the U.S National Team. Megan was named the Best FIFA Women’s Player of 2019. Like her fiancee, Megan is also an Olympic gold medalist. 2012 is said to be the major milestone of Megan’s career. She was the finalist for Sports Illustrated’s most inspiring performer of the year award and got shortlisted for the FIFA Women’s World Player of the Year award.  Megan has been working for the transgender community. She is associated with several organizations that intend to end transphobia in sports. Fabled player as well as an activist, why won’t one admire her after all.

Megan and Sue are both legendary and nationally acclaimed athletes. They first met during the Rio de Janeiro Olympics. Megan, back in 2012, came out as a lesbian publically when she announced her relationship with her ex Sarah Walsh. Sue, however, in 2017 confirmed it officially. About doing it so late, Sue, in an interview, said, “So even though I understand there are people who think I should have done it sooner, it wasn’t right for me at the time. I have to be true to that. It’s my journey.” Rumors of the two players dating came out in 2016 when Megan posted a picture with Sue on her Instagram where she was being kissed by Sue on the cheek.

Also Read: Who Is Tobin Heath Dating, Is She Dating Her Fellow Teammate?

Sue is all set to create History.

Bird and her fiancee both have earned their spots in the U.S team for the Tokyo Olympics. Sue and her team are all set to create history as they will play to win their 7th consecutive Olympic gold. Team U.S.A tops the heavy favorites list for the champions this year. No team looks as strong as the U.S team, at least on the papers. Diana Taurasi, Sue Bird, Slyvia Fowles, Tina Charles are all talented players. All the other teams in their groups are under them performance-wise. The only teams to watch out for are France and Japan. Team U.S.A will enter the Olympics, having lost the last game they played against Australia. But just one loss can’t deny what the records say, and the team will play to win their 7th consecutive gold when they start their campaign against Nigeria on July 27th. Go, team USA!