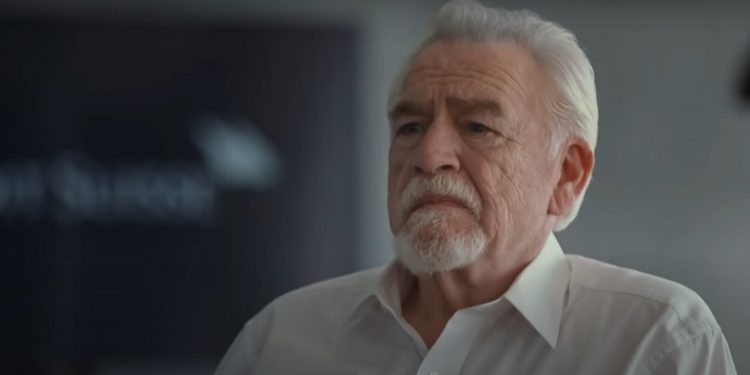 This black comedy about media moguls by Jesse Armstrong only has two episodes left this season. With Tom’s glowing over not ending up in jail, yet Tom is coming to terms that he’s in a miserable marriage, things get spiced up in Succession season 3 episode 8. Furthermore, Kendall’s utterly rude temper turns out to be the cohesive factor between Comfry and Greg. This is important, bear in mind that Tom thinks Comfry is out of his league.

Willa’s hatred for Connor is just another reason for her to stay with him. Why? Because that’s a gateway for treating people in a very rude manner and in contemptuous forms. With only two episodes left this season, there are so many things to talk about in Succession. From cashmere wardrobe hatreds to ugly parasite comparisons, to the thirst for power over a gigantic telecommunications empire. Now without any further ado, let’s start covering this HBO exclusive series here at Otakukart.

Succession Season 3 Episode 8 will release on December 5, 2021, at 9:00 PM, Eastern Time, USA on HBO. To begin, each episode is sixty minutes long. Second, each episode is released on a weekly basis every Sunday. Third, the current season of Succession, which follows Logan and Kendall’s power battle, will consist of nine episodes. The narrative arcs are only getting started. There’s a lot more to see and do. In the next area, we will tell you where you can enjoy this acclaimed black comedy.

Where to Watch Succession?

If you want to see Succession but missed it when it aired, you may do it now. Don’t be concerned! You may view this episode on your own schedule in a variety of ways. This is one of the many benefits of not relying on television broadcast timings. To begin, you may get an HBO Max membership. That will get you complete access to all of HBO’s shows, documentaries, and films. HBO Max is also available as a Hulu add-on. Lastly, the program may also be found on YouTube TV, DirecTV, Xfinity, Amazon Prime Video, iTunes, Google Play, and Spectrum.

It’s a good thing Kendall’s 40th birthday party doesn’t go as planned since no one could have survived this episode of Succession. No duck-and-cover drill could have prepared you for our No. 1 son, dressed in a turtleneck shirt and chain dangling from his neck, descending from the rafters for an earnest performance of Billy Joel’s “Honesty.” Even those who had survived the original explosion were unable to take the added dazzling shocking look of Kendall straddling himself to a crucifix, willing to die for his father’s company’s crimes — sins that, well, he informed the Feds he was aware of. But don’t worry about it.

“I’ve gone anti-fragile,” he tells Naomi Pierce, his lover. “I can work with anything.” This affirmation is a fabrication. He is the most delicate and frail of the Roy children. Kendall may sometimes put himself into a zombie fugue state when melancholy numbs him. That state enables him to take relentless action — remember his destruction of Vaulter — but we’ve seen plenty of occasions this season when “becoming anti-fragile” is a posture he’s taken less than convincingly.

There’s the “good tweet, bad tweet” game in the back of the limo, the infatuation with talk show presenter Sophie Iwobi, and the DOJ’s continuous rejection of his position as a noble whistleblower and “defender of liberal democracy.” Underneath all of the pain comes self-loathing. He feels that he is deserving of being humiliated. Why else would he invite the elite of New York City to witness him perform a Billy Joel song and hang himself from a cross? Consider the tweets!

The party is a staggering window into his psyche — the vanity, pettiness, and neediness, the apparent need to return to the hospital nursery and his mother’s birth canal. But “Too Much Birthday” is a clever fake-out of an episode, a presumed sequel to last season’s “L to the OG” rap that curdles into a genuine heartbreaker. With all the qualifiers about his terrible tendencies, the most of which he shares with the Roys family as a whole, Jeremy Strong has always portrayed Kendall like a man-child — petulant at times, prone to lashing out, yet vulnerable to the core. His 40th birthday may as well be his fourth, a sugar high ruined by lousy presents and rude kids that ends with him at home, swaddled in a blankie.

His family, as always, understands how to hurt him the most. Kendall can take negative tweets, but as we witnessed with Shiv’s letter, which destroyed him on the night of his talk show performance, the Roys know just what buttons to hit. Logan’s card is a “Dead Dove: Do Not Eat” case: what might it contain that would not harm Kendall? Sincere apologies? In some ways, the present is a poisoned version of granny slipping a check inside a Hallmark card, except instead of $20, the gift is for $2 billion, depending on Kendall cashing out and walking off. It’s the moment in Goodfellas when Paulie pulls a large wad of cash from his pocket and sends Henry on his way, a chilly reprimand from the family patriarch. (“Now I’m going to have to turn my back on you.”)

Kendall’s health suffers as a result of the card. He can’t even pretend to enjoy the party, which he grows to despise as he stares at his hideous image. Then there are the unreturned handcrafted gifts from his children, a reminder of the absentee fatherhood that had his folks live streaming a pet rabbit for their benefit. The gifts were a sign that all was not lost, but they were now gone. Then his brothers arrive, but Shiv and Roman criticize him, and Connor refuses to respect the atmosphere by putting off his Members Only jacket.

Shiv and Roman’s ulterior goals aggravate the situation. The Roy brothers are prone to incessantly razzing one other — that’s daily banter, though it’s become nastier lately — but Kendall should at least give them credit for turning there. They’re at the party, though, to track down Lukas Matsson (Alexander Skarsgard), the Scandinavian IT whiz and world-class asshole behind the GoJo streaming service. Waystar features an unsightly, sluggish streaming interface that, according to the Roy children’s pleadings, is typical of the company’s fuddy-duddy old-media traits. Logan had suddenly canceled a meeting with GoJo brass earlier in the day because Matsson had blown it off, which he saw as a severe insult, made worse by the knowledge that he wouldn’t be blowing off Kendall’s party.

Kendall has had it by the end of a stormy night when he realizes why Shiv and Roman bothered to show up. Earlier, the two riffed on Kendall’s boasting “Who isn’t?” when asked who was at the party, providing numerous examples: “Your dad,” “Your mom,” “Your wife and kids,” and “Any real friends.” Shiv and Roman, on the other hand, are conspicuously absent in all but the most heinous ways. All four Roy siblings are hurting each other at their father’s request — it seems to be the one thing that genuinely pleases the old sadist — but Kendall wants them to stop right now, and none of them, mainly Roman, can bring themselves to do so. So instead, they’re simply twisting the knife more and more.

Things get heated for the series finale

Following up on last week’s king-making episode, “Too Much Birthday” creates a new schism between Roman, the quintessential daddy’s boy, and his siblings, notably Shiv, who isn’t amoral and ruthless enough to compete on her younger brother’s level. Like the fascist Mencken last week, Roman has a flair for bonding to horrible shitheads in toilets, even if he has to listen to Mencken speak about Hitler’s (“H”) brilliant ideas or Matsson openly dreaming about the day Logan dies.

Roman nonchalantly undercuts Shiv three times in the episode. First, by co-signing the birthday card for Kendall. Then planted his flag in the GoJo transaction. And finally, by exposing his knowledge of a corporate plot to harass Kendall’s family, he shows no remorse. Kendall informs him, “You’re not a genuine person.” Unfortunately, we haven’t seen much evidence to the contrary recently.

Kendall’s return home with Naomi, wrapped in a blanket, at the close of this spectacular episode seems like the end of Who’s Afraid of Virginia Woolf? after a long night of drinking and bruising arguments results in a quiet time with George and Martha alone as morning approaches. And the tension has subsided. Kendall begins to worry about what could happen at the birthday party he’d skipped. Naomi consoles him, saying, “It’s only a party.” Allow it to fizzle.”