The Waystar RoyCo is in a state of civil war in the third season of ‘Succession,’ as a power struggle between the father-son combo, Logan, and Kendall erupts. Neither is eager to back down, but in the third episode, both must shift their focus to more vital problems. Moreover, Kendall must concentrate on his public image as Logan attempts to halt the DOJ inquiry. Additionally, Succession,’ a dark comedy-drama, follows the life of the Roy family — the proprietors of a worldwide entertainment and media conglomerate, Waystar Royco — and their ugly battles for dominance. This is Succession Season 3 Episode 5 in Otakukart.

The Roy family dispute escalates in Season 3 of the program as outside parties. Ranging from the Department of Justice to other stakeholders and media behemoths, close in. As Logan’s grip loosens, the Roy siblings urgently struggle to seize control. Logan, on the other hand, is hesitant to secede so swiftly. Head over to the recap section for a short refresher on Episode 4 of the third season. There will undoubtedly be an explosive issue in the forthcoming episode, and fans are anxious to find out what it is. Here’s all you need to know about Season 3 Episode 5 of ‘Succession.’

Succession Season 3 Episode 5 will release on November 14, 2021, at 9:00 PM Eastern Time on HBO. Firstly, each episode lasts sixty minutes. Secondly, each episode drops on a weekly manner every Sunday. Thirdly, the latest season of Succession, narrating the power struggle between Logan and Kendall, will go for nine episodes. The story arcs are just beginning. There’s much more to see and watch. In the next section, we will share with you details regarding where to watch this popular dark comedy-drama.

Where to watch Succession?

If you want to watch Succession and you missed it on its airtime. Don’t worry! There are many ways to watch this show on your own time. Which is one of the great advantages of not depending on television air times. Firstly, you can get an HBO Max subscription. That can get you total access to every single series, documentary, and movie that HBO has in its catalog. Additionally, HBO Max comes as an Add-on for Hulu. Also, the show is available on YouTube TV, DirecTV, Xfinity, Amazon Prime Video, iTunes, Google Play, and Spectrum.

Logan persuades Greg to meet him and quit Kendall’s side in episode 4 of ‘Succession’ season 3, titled ‘Lion in the Meadow.’ The patriarch of the Roy family attempts to explain to a terrified Greg the limited amount of power he has over Waystar and how to effectively utilize it. Greg eventually chooses to utilize his clout to get a managerial job in the company’s amusement parks business. Meanwhile, Tom is concerned about his future in prison. Logan and Kendall’s encounter with Josh Aaronson, a shareholder who owns 4% of their firm, is the most essential component of the episode. While Josh assesses the health of the family company and exhibits his own authority over it, Kendall and Logan attempt to persuade him that things aren’t as terrible as they seem with the Roys.

When Logan becomes sick unexpectedly, Josh recognizes the enormity of the problem. He emphasizes that he will only back the Roys if Logan is in control. Logan and Kendall later had a heated dispute as a result of this. Roman, on the other hand, recalls a homeless guy in New Orleans who, after being paid, tattooed Kendall’s initials on his forehead. He attempts to track down the guy and get confirmation of the tattoo, intending to use it to bring Kendall down. Meanwhile, Shiv attempts to coerce the editorial staff and Mark Ravenhead into publicly discrediting and attacking the President. Furthermore, Connor mulls over his own Presidential aspirations and wonders how he may utilize Logan’s allegiance to his advantage. 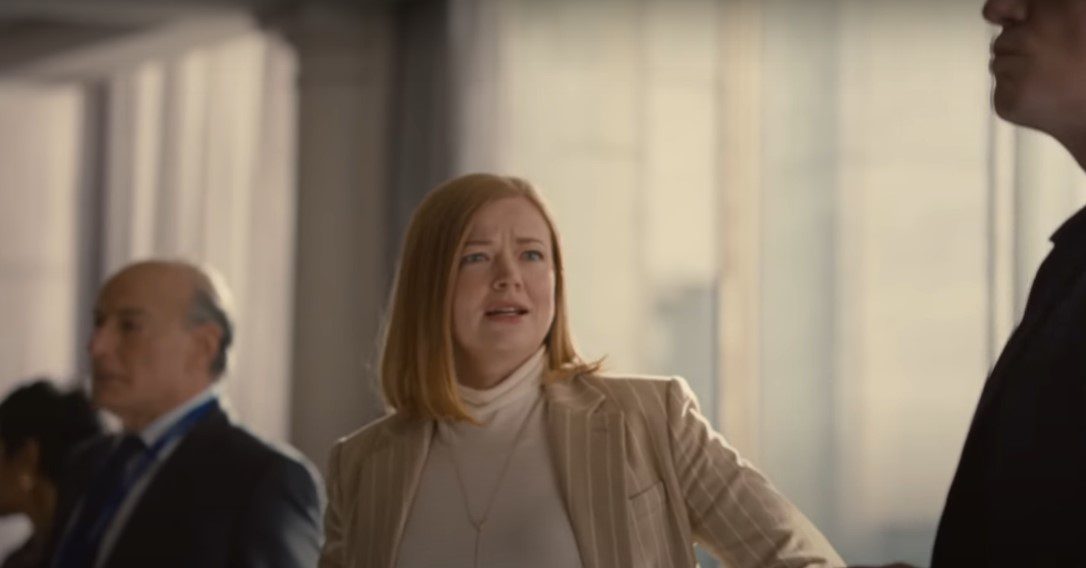 Episode four of Season 3 of ‘Succession’ is titled ‘Lion in the Meadow.’ It will most likely deal with Kendall’s breakdown as a result of Shiv’s letter being public. Kendall’s public image may suffer as a result of his cancellation from ‘The Disruption.’ Meanwhile, Tom is faced with a difficult decision: whether to join hands with Kendall or to sacrifice himself for Logan. Kendall and Logan may be compelled to collaborate in order to persuade their investors that their family dispute will not have an impact on Waystar’s success.