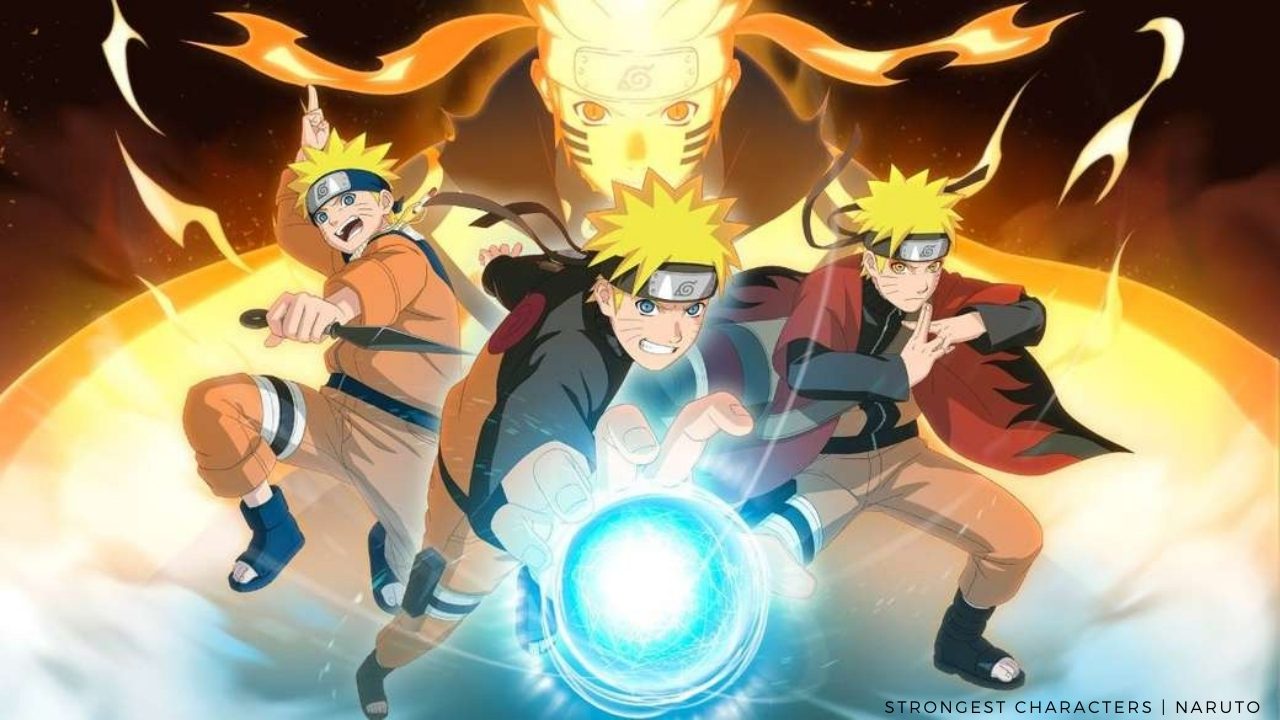 Naruto has been one of the most popular anime for decades now, and its characters are insanely popular as well. We came across some of the strongest characters in Naruto that blew our minds and melted our hearts with the emotional backstories they carried. Naruto is no less than an epitome of brilliancy where every character has their own bit of significance that gets us attached to their past, present, and future. If you haven’t yet watched the series, we highly recommend it not because it is popular but because it speaks not one but several stories through every character.

The Naruto series has some of the most epic battle sequences, each growing more intense as the series progresses. It has some very strong clans, such as the Otsutsuki and the Uchiha, each of which drives you to feel a rush of adrenaline. I bet we all have our favorite moments from the most epic battles that were just so stunning that they left a long-lasting imprint on the mind. We come back to falling back with these characters as they show off their most awesome moves in the coolest ways ever. Kishimoto knows how to win his fans over and over again, even with the worst villains!

Naruto displays some strong sets of characters. Here are the top ten strongest characters from Naruto, ranked as per our judgment!

The renowned ‘God of Ninja’ stands on the list of the strongest characters in Naruto for his strong ninja powers. He was no God, but he was definitely strong, as he proved in the series. Hashirama’s strong powers came as a result that he was a reincarnation of Ashura Otsutsuki. He had heightened physical abilities, and he was often facing off against Madara, who too acknowledged his supreme powers. Hashirama also possessed great chakra control, and his high reserve of life force provided him great stamina during his battles. His additional skills included barrier techniques and his ability to summon multiple Rashoumon gates.

Might Guy never ceased being one of our favorites but was he one of the strongest characters in Naruto? For some time, we saw an explosion in his powers. It was his maximum potential when we saw Might Guy open all the eight gates of chakras. It took him twenty years of extensive training to learn this technique. Might Guy was not the strongest character in most parts of the story, but once he opened the eight gates, he became stronger than 5 Kage. In fact, he could be very troublesome to deal with for several characters during this short while.

The name itself explains how strong the character is, given he is an Otsutsuki. He was the antagonist of The Last movie that gave some serious trouble to our protagonist. Having the ability to even destroy planets undoubtedly makes him one of the strongest characters in Naruto. But it was not just his powers that made him strong. He was also very intelligent and knowledgeable enough to transplant Hanabi Hyuga’s eyes to his own. We have seen him cleave the mood into two parts, something that speaks for his power and strength in high regard. Although he was defeated, Naruto had difficulties in dealing with him.

Obito Uchiha is undoubtedly one of the strongest characters in Naruto. If you have watched the series, you’d know how much credit Kamui gets. While that already makes him pretty strong, we saw him gain a higher power. With the power, he is now referred to as Juubito by many. Juubito’s true strength is not known very much. He has been known to be of equal strength to the four Kage. He might not be as strong as Madara, but they are compared quite often within the fandom. Obito has brilliant speed, barrier techniques, and invulnerability to ninjutsu and taijutsu makes him quite an amiable opponent.

Not only is he one of the strongest characters in Naruto but he is also renowned as the second strongest shinobi in the series. He has Rinnegan abilities and can perfectly form Susano. There are very few characters that can defeat Sasuke. We even saw him fight on par with Kinshiki at one point, where he used only taijutsu and some Rinnegan. Sasuke has grown stronger over the series. He has proved his strength over and over again. When he unlocked Mangekyou Sharingan, his strength reached a whole new level. His left eye carries the power to ignite the black flames of Amaterasu, which are quite strong and inextinguishable.

Being the protagonist, Naruto cannot stand back from being one of the strongest characters in Naruto. The protagonist has been built with several powerful abilities, each ranking higher one by one. But his most powerful card was his Six Paths Sage Mode. It heightened all his existing powers and made him an overpowered shinobi. Naruto’s sheer will is another strong ability in his hands standing alongside his physical strength, Buddha Kurama and planetary Rasen shuriken.

We have Kakashi fans everywhere. With his calm and collected personality, he was also extremely strong. He was Team 7’s sensei and one of the most popular characters in the series for his goofy and pervy side and his good looks. Being the teacher of the protagonists, he has shined many times throughout the series. But he was strongest at his Dual Mangekyo Sharingan (or DMS) phase. His DMS made him a very strong opponent against Obito’s Kamui. Kakashi was the most overpowered with this card snuck under his sleeves.

The son of Princess Kaguya, Hagoromo was one of the strongest characters in Naruto, known to be the ancestor of Shinobi. He wished for world peace and cared for the Ten Tailed Beast. Hagoromo became overpowered once he combined with the Ten Tailed Beast. In the history of the Naruto franchise, he has been referred to multiple times as the most powerful being to exist. He had high Chakra reserves and tremendous control over his powers. While he sought peace, he was not to be underestimated. The character had an insane amount of strength in hand-to-hand combat and had mastered all five elemental nature transformations. Hagoromo was also a master of Fūinjutsu.

Considered as the strongest Uchiha, Madara was not an opponent one could have their guard down with. He had been a mass killer of several Senju even before he had achieved his Sharingan. Once he did achieve it, it was a completely different story. His chakra was stronger than others from the Uchiha clan, which gave him huge stamina. Moreover, he had mastered several ninjutsu techniques. But, he was the strongest at his Rinne-Sharingan Juubi Jinchuriki phase. He had Godlike abilities and heightened healing ability, easily making him one of the strongest characters in Naruto.

Was Kaguya the strongest character in the Naruto series? Well, she was the first ever to wield a chakra and become a crazy tyrant. She is regarded as a Goddess by the Otsutsuki clan. In the Naruto series, she was the most fearsome antagonist that took all our overpowered characters to defeat. Kaguya Otsutsuki turned into the renowned Ten Tailed Beast that is talked of a lot in the series. She had incredible power which could make anyone shudder. Once she became a Goddess, Kaguya’s powers exceeded limits. She could use them to control millions of minds and manipulate people as she sought. Kaguya has several brilliant powers that made her the ultimate threat in the series and the worst nightmare. Even her bones became strong, deadly weapons.

Where Is Just Friends Filmed? About The Movie’s Production

Strongest One Piece Characters in 2021 – Ranked