Stray Kids Prepares to Hold Fan Meeting in Both Online and Offline Modes.

Stray Kids have finally made the official announcement about the fan meeting that is going to happen really soon. 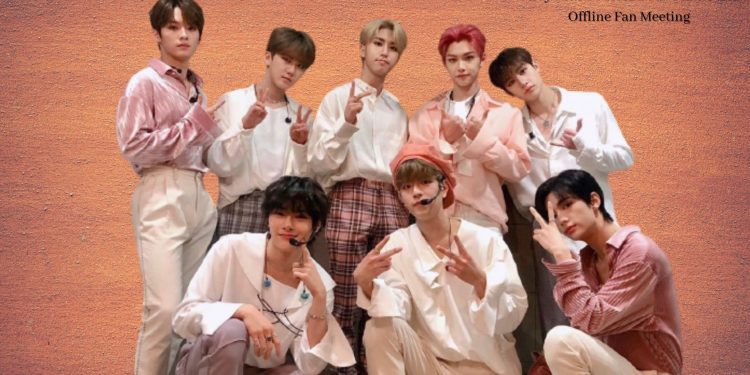 Stray Kids have finally made the official announcement about the fan meeting that is going to happen really soon. All the fans out there have stacked up the internet with their intensifying excitement, and the wild state is growing wider by every hour. With the pandemic growing all around the globe, it was pretty hard to hold any kinds of events. But now, with the subsiding numbers of cases going around, the group has decided to meet their fans under strict safety protocols.

Moreover, it is quite exciting to know that they will be interacting with their beloved fans after years. This is their second fan meeting, and the excitement can be seen everywhere on the internet. It is going to be an interesting event for both the idols and their fans. Everyone is eager to watch them interact and share those pretty smiles together. The most exciting thing about this fan-idol interaction is that it is going to take place around a very special day. The atmosphere around is going to be packed with sweet smiles and lots of fun chatters.

Here, we have summed up all the details about this upcoming event. Therefore, let’s have a quick look inside.

It was announced by Stray Kids on January 7, 2021, that the group is preparing to hold their second fan meeting, “SKZ’s CHOCOLATE FACTORY,” next month, i.e., in February. The event will go on for two days consecutively, and the most interesting thing about this is that the event will be held around Valentine’s Day.

So, mark your calendars, as the fan meeting is going to be held at Olympic Hall on February 12th and 13th. Yes, we also want the days to pass quickly and the second week of February to arrive really soon. Moreover, the fan meeting will also be streamed online through Naver’s Beyond LIVE simultaneously on both days.

Therefore, there are no worries. Even if some fans are not attending the fan meeting in person, they will have access to all the happenings online. International fans are generously touched by this gesture as this clearly shows their favorite group’s concern and love towards all their fans out there.

The year 2021 was filled with several releases and events for the South Korean boy band. The beginning of the year was with Stray Kids winning the coemption show “Kingdom: Legendary War”. They also released a song for the final round of the competition titled “Wolfgang”. The track ranked at the 138th position on Gaon Digital Chart and thus marked the first appearance of the group on the domestic music chart.

The group’s first official fan meeting also took place in 2021. It was held on February 20, 2021, via V Live. Later, on March 19, the group released the song “Going Dumb,” which was a collaboration with a Swedish producer Alesso and Chinese DJ Corsak. The song was a Korean version for PUBG, a mobile game. It also marked the group’s first appearance on the Billboard’s Hot Dance/Electronic Songs in the 13th position.

On June 26, 2021, the group gave a great surprise to their fans with the release of the third single for their “Mixtape: Oh”. The song brought big success to the group, with its debut at the top of Billboard World Digital Song Sales.

Their second studio album, “Noeasy” was released on August 23, 2021, and ranked on the first position at Gaon Album Chart after selling out more than 1.1 million copies. A million was certified by KMCA, which marked the first act under JYP Entertainment to sell over a million copies for an album.

“Thunderous” bagged the 33rd position at Gaon Digital Chart and stood proud at the 80th position on Billboard Global 200. By the end of the year, the group released the re-recorded versions of their previous songs, “SKZ2021”.

Problematic Kdrama Characters That Followed Us To Our Nightmares

‘The One and Only Episode 8’: Will Pyo In Sook Hand Herself To The Police?