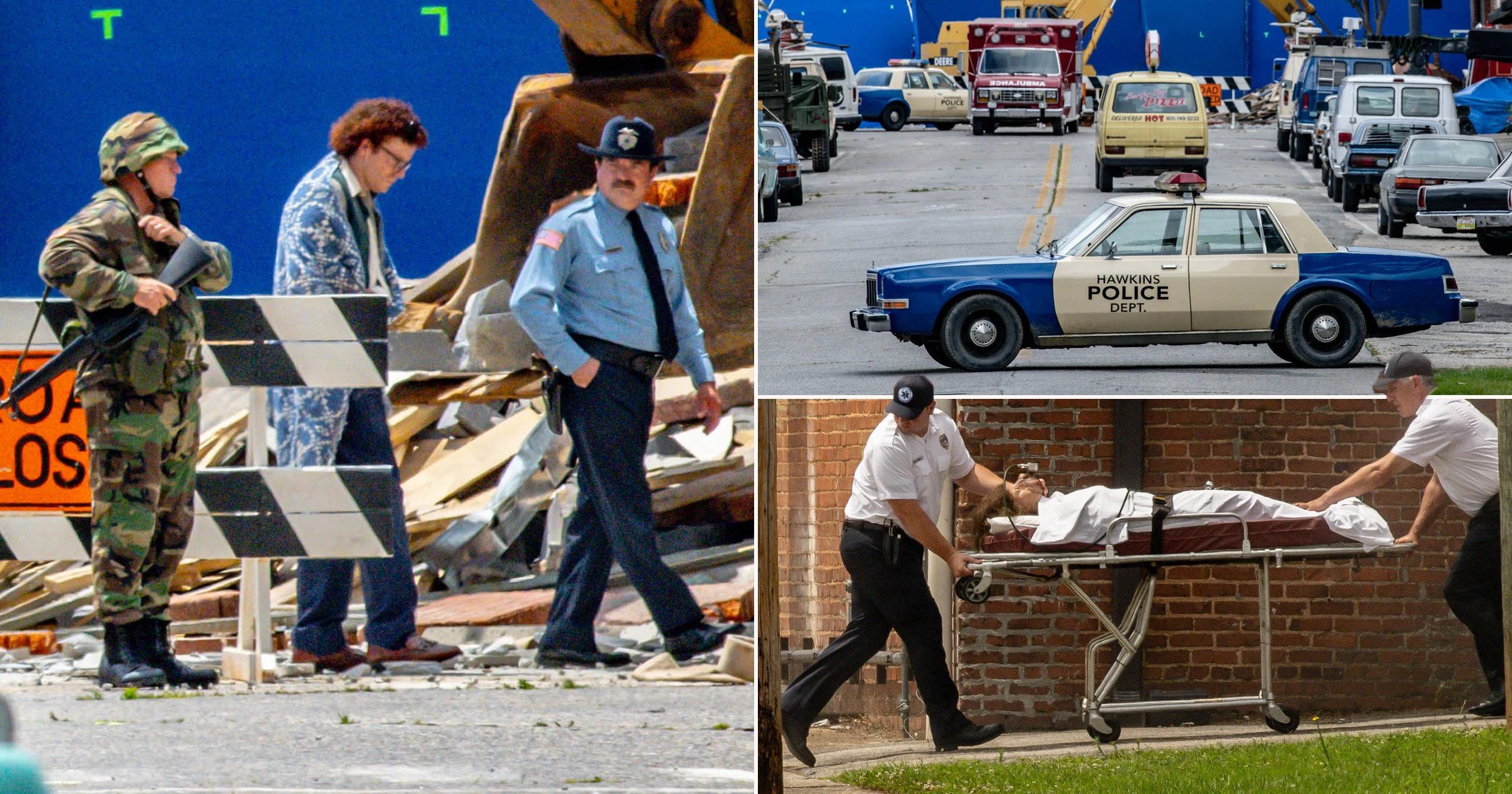 Stranger Things Season 4 Trailer was just released along with its release date, which is 27 May 2022, and fans can’t wait to see the crazy world of Stranger Things expand. Season 4 takes place outside of Hawkins, Indiana, for the very first time in the show. The production crew increased their filming sites for the following season, which actually took place in California and Russia. Shawn Levy, the show’s executive producer, stated last year that the forthcoming Season will be the most important yet. With the multiple Stranger Things Season 4 filming locations rumors, many fans already assumed that it was the truth.

Stranger Things is centered in Hawkins, Indiana, but, like many television shows, it is filmed in a separate location — or, in the case of Stranger Things, multiple different places. Stranger Things Season 4 has been in development for several months, with the show’s producers returning to both their typical locations, including several of the show’s most iconic filming sites, as well as a variety of new places slated to play crucial parts in the widely anticipated Fourth Season. While Hawkins may be a small town, the size of Season 4’s production, which was filmed in multiple locales, is anything but small.

The Duffer Brothers and Netflix revealed in a joint report in February 2020 that filming on the Fourth Season had officially started in Vilnius, Lithuania, just at recently vacated Lukiks Prison. After wrapping production in Lithuania, filming continued in the Atlanta metro region, which had been the principal production location in prior seasons. However, due to the outbreak of the COVID-19 pandemic, all Netflix shows, including Stranger Things, were stopped on 16 March 2020, after two weeks of filming. A large amount of the production took place at Netflix’s Albuquerque Facilities in New Mexico, which it purchased in 2018. Noah Schnapp announced that production had ended in September of 2021.

Until Season 4, Atlanta, Georgia, was really the only place where Stranger Things was filmed. It was the site for Hawkins, Indiana, a remote town. Throughout the seasons, the show’s creators used Atlanta and various nearby small towns for outside shots in addition to filming on sets. Hawkins is a fictional town. Many of the road and community names, however, are based on genuine places. Stranger Things creators, the Duffer Brothers, did grow up in Durham, North Carolina. Several of the streets and locations referenced by the characters are inspired by places the Duffer Brothers were familiar with.

At the finale of Season 3, viewers saw the Byers, together with Eleven, pack their belongings and leave Hawkins. Viewers didn’t know where it would be until the “Welcome to California” teaser trailer was released for Stranger Things Day, and they had no idea. Will, Eleven, Jonathan, and Joyce were shown settling into their new house in Lenora Hills, California, in the trailer. Unfortunately, despite the fact that California is a long way from Hawkins, it appears that they will not be able to avoid the danger they escaped from there. Season 4 of Stranger Things is set in Lenora Hills, a fictional town. Despite this, the filming took place in New Mexico. Because of the similar terrain, production was able to use it instead of a city in California. At Sawmill Marketplace, a few cast members were spotted.

Hopper’s assumed death is one of the most painful scenes in Stranger Things. Audiences were heartbroken at the possibility of losing their absolute favorite police chief, who was a fan favorite. The Duffer Brothers, on the other hand, did not keep us waiting for long. A short teaser released in February 2020 featured Hopper working on a train in what appeared to be a Russian prison. While the setting isn’t perfect, it’s preferable to the alternative: six feet underground. 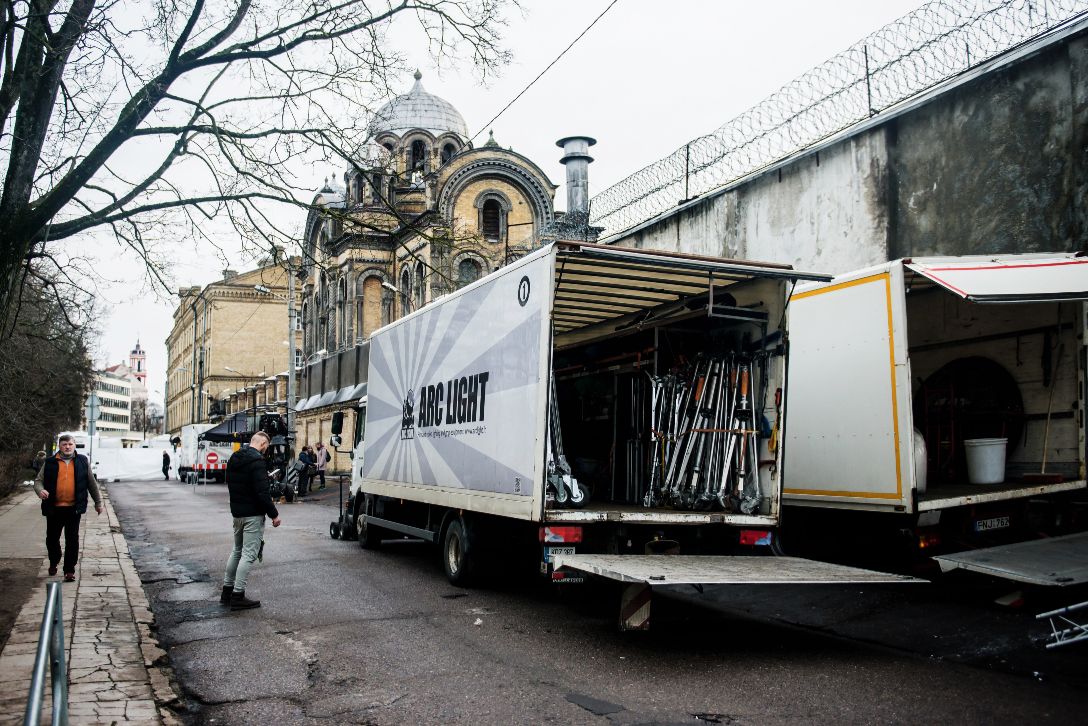 This part of the show was shot in Lithuania, including at the historic century-old Lukikes Prison and other locales. The prison, which was constructed and started housing prisoners in the early 1900s, only recently closed its doors. Interchanging authorities used the facility as a jail in Vilnius during the stormy twentieth century, namely the Soviet Union, Imperial Russia, Nazi Germany, and lastly, independent Lithuania.

Stranger Things is not the only Netflix series to make use of this site. Vilnius is becoming a more popular shooting location for filmmakers around the world. Other popular shows filmed in Vilnius in recent years include HBO’s Chernobyl and Netflix’s Young Wallander, as well as Tokyo Trial. Due to its complex past, capacity to provide scenery representing several historical periods, and a highly competent film industry crew, the city has made incredible blockbusters.