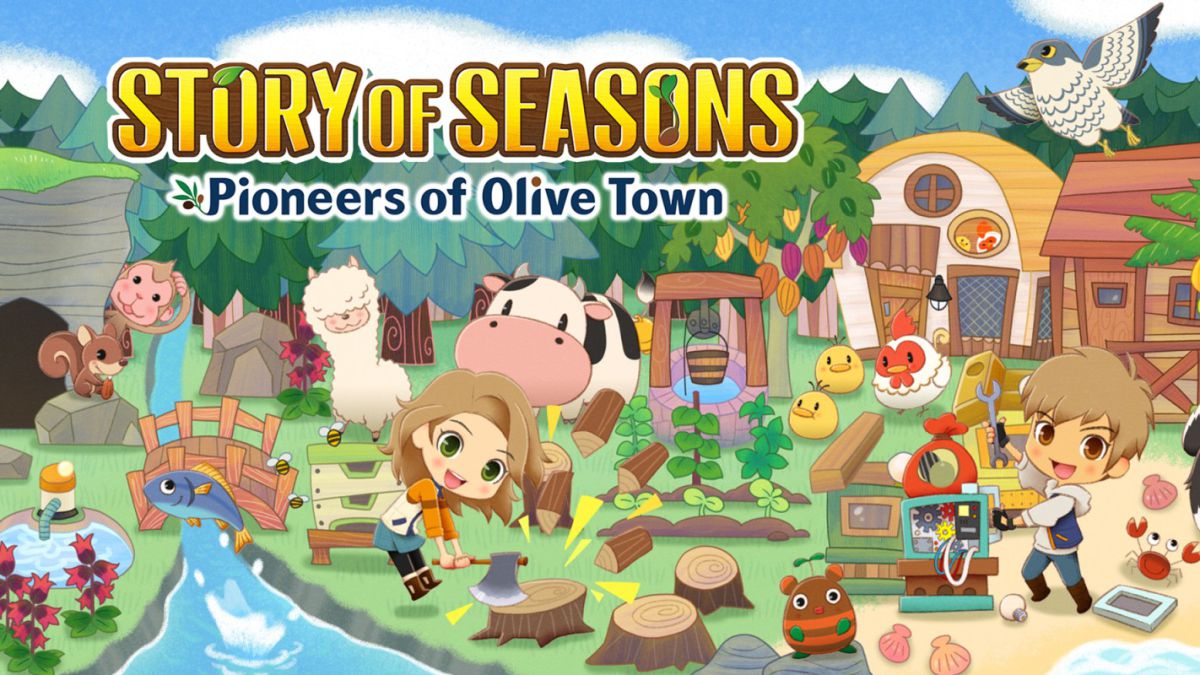 Story of Seasons: Pioneers of Olive Town is the latest installment in the long series of farming-life games. By this point, all who’ve played the game before will already know the plot of Pioneers of Olive Town. The game ventures again into the role of a young 20-something young person. The story is the same with the young person escaping the city life for a life on the farms. They take over their grandfather’s decrepit and old farm, which is nearby a small village. The village’s populace is down on entertainment. You play the game as you grow crops, raise cattle, and interact with the town’s people. The activities include chopping woods, growing crops, and finding your place in the town’s life. The game tries to incorporate a few things from its competitors like Stardew Valley.

Pioneers of Olive Town keeps the story and the activities the same as they’ve always been. In addition, there’s a vast amount of land you can traverse. There are also a lot more crafting mechanics to play and build around with. The world contains large swathes of wilderness that you can acquire and develop upon. The game has an overall pleasant vibe and is a refresh from the other similar games. We’ve become too familiar with games like Stardew Valley, and Pioneer of Olive Town provides a much-needed change. However, there are a few technical limitations that drag it down a bit. 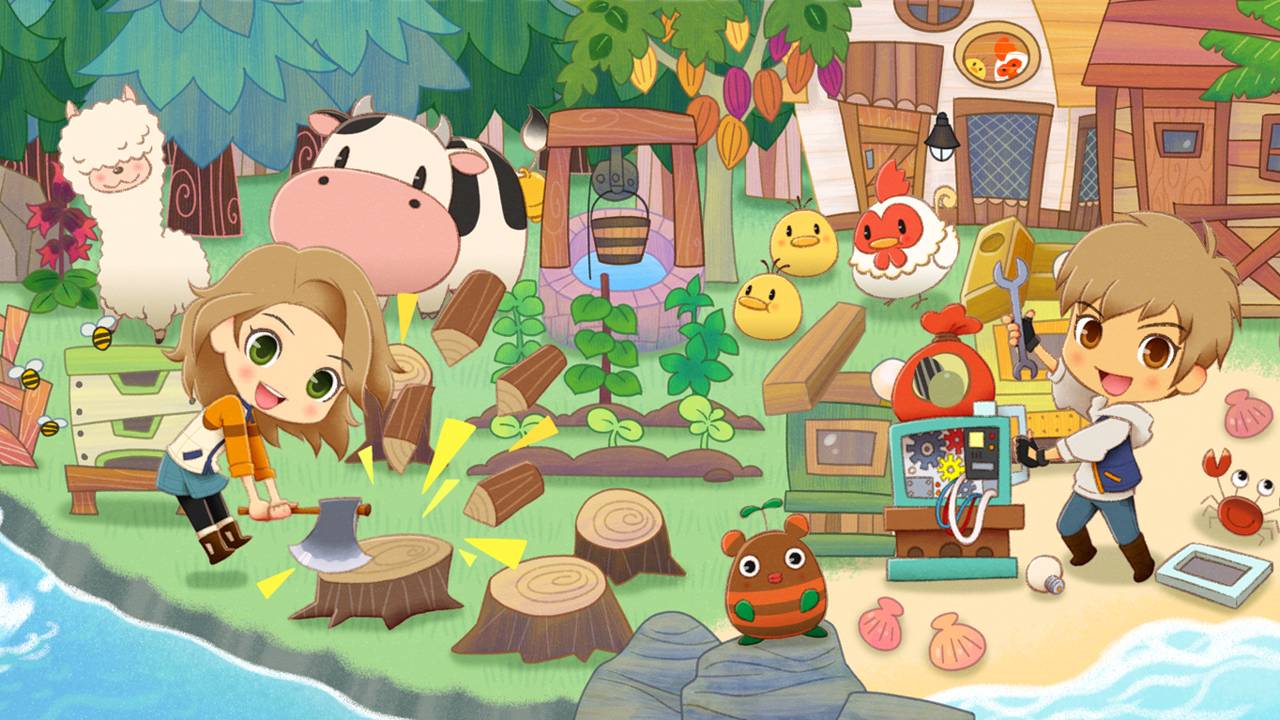 Story of Seasons: Pioneers of Olive Town Improves Upon the Predecessors

But there are a lot of things to like about this game. There are a number of improvements from the last year’s Friends of Mineral Town remake, for once. The game has an abundance of things you can do. The seasons pass rather slowly in this one. And that’s a good thing because you want to do a lot playing this game. It has an ample amount of things you can play around with. Although common in farming-life games, they are just as enjoyable as ever, made even better by their improvements here. You’d find yourself clearing and reclaiming a piece of land and planning excursions into a mine. You can also rebuild new structures, upgrade your tools with the money you saved. Or you can go around and ask a girl out for a date.

The major game changes from the previous installments of Olive Town are the crafting mechanics and the materials. The massive lands that you can traverse and farm on is another major change here. Prior seasons took inspiration from other games like Stardew Valley. Before you’d learn new crafting recipes as you mined, fished, and logged, trying to level up. This one comes with various crafting recipes. You get to craft machines with the help of which you can convert one material to another, like converting wood into lumber.

The over-the-head and first-person point of view are both great. However, the loading screens are one of the big problems here. It takes a lot of time to load. Another issue with loading screens is that they are much too frequent and pop up every now and then. This causes much trouble and beaks an otherwise streamflow. There’s another feature related to the loading screens. They show you photos that were taken by other players.

The Unnecessary Abundance of Machines in Story of Seasons: Pioneers of Olive Town

One other problem is that there are so many crafting machines present in the game. And some of them do the same jobs. This leads to so many of the machines you need to do certain conversions that could be done with way less. You also have to set up a lot of boxes to keep all those machines in. Tinkering around with crafting machines is a chore. It deprives you of a lot of other fun things you could be doing instead. There are also certain restrictions when it comes to the space you’re allotted. This game’s framerate also worsens as you try and traverse through space with a lot of things going on. The framerate problem mainly arises because of the massive space of the game. 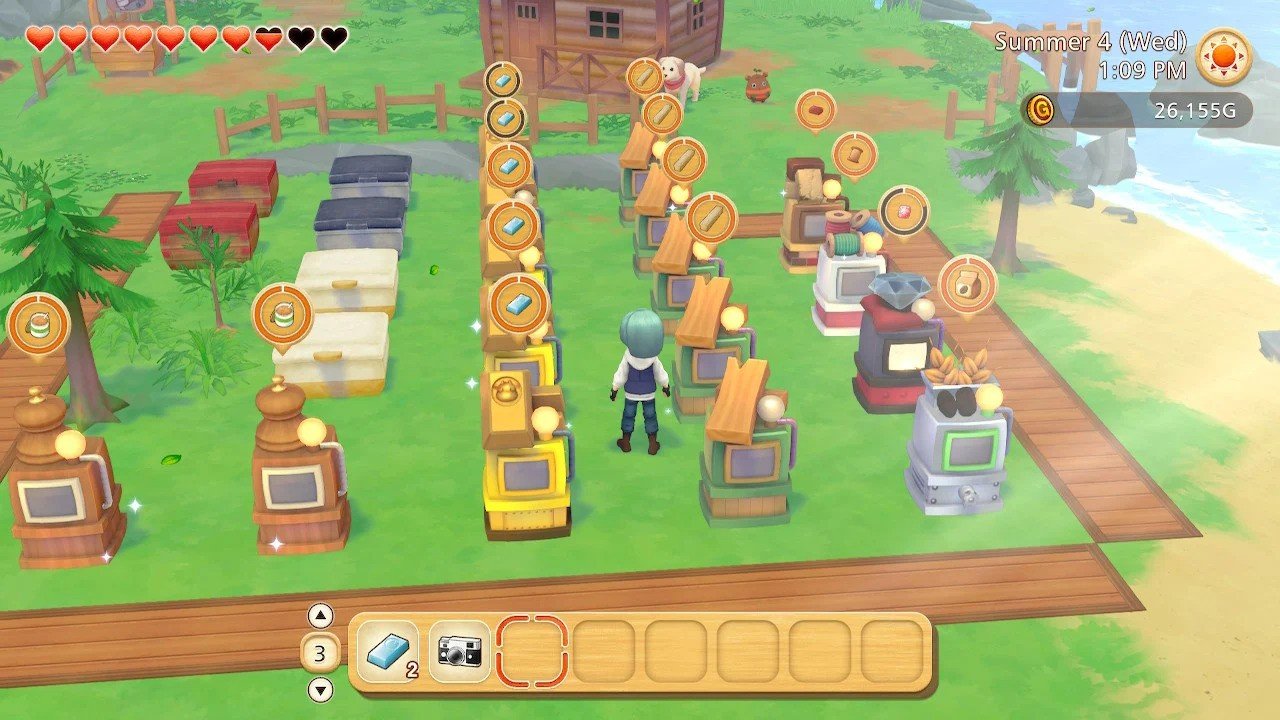 The overabundance of machines can be a hassle in the new Pioneers of Olive Town.

The sheer scale of the game also leads to difficulties handling it all. From weeds, trees, and puddles, it can turn into a hassle to try and curb all of that. Change in weather like quick downpour results in sudden developments of puddles and ponds. In these cases, you’d have to waste quite a bit of your time diminishing the issues. You’d have to run around the land, trying to cut down and maintain the farm of unwanted weeds and sprouts. Also, trying to clear your land of the annoying puddles and other bodies of water can cost you time. To clear puddles and ponds, you will have to use a bucket to empty them over a number of times.

The Positives About The Big Scale of Olive Town

However, the big scale of the farming land and town is actually an overall good thing. In fact, it’s one of its USPs. You want to go and roam around the massive space, utilizing it to store as well as growing and raising animals. All of the thousand machines that you’d use to convert materials into other materials need space. And space is not a problem in this game. You can use ample space for storing your crafting machines. Other than storing, the vastness of the space is just great for a lot of exploring and roaming. You can find a lot of different building tools, forageable items, and buildings that you can remodel. Another cute feature is that with every new season, you find another adorable pet you can tame and raise. 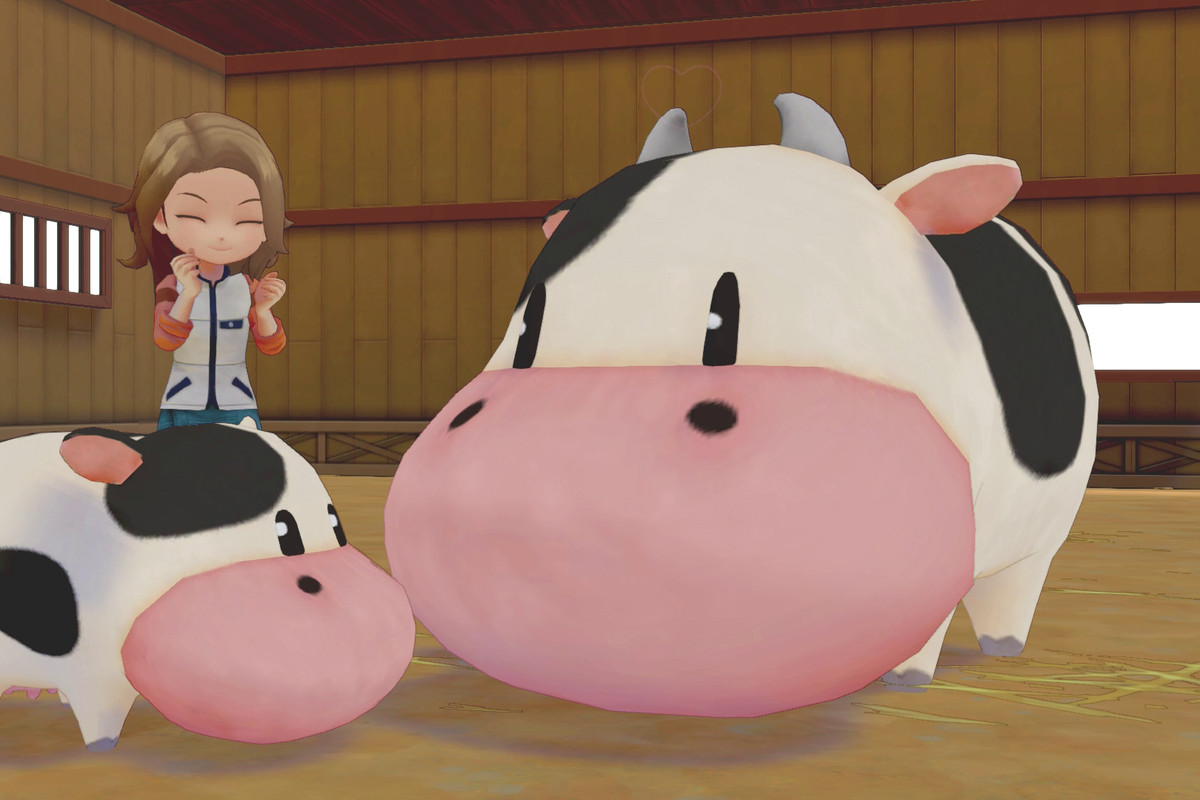 With different seasons come different animals you can tame and make a pet.

The map of Pioneers of Olive Town is a bit different from what you’ve come to expect by now. The map here is split into two sections. One of the sections is the land you farm, cultivate and build on. The other section consists of the town. You can avail of the dates and opening times for the different shops that cut on a lot of time. There are three large farming lands that each have a mine. Also, the pocket map only shows you the town and not the farming area. The game proceeds as you start with a small space and do tasks to unlock new levels and new areas.

The town is sprawling with shops. There’s a beach, two parks — one big and one small, a town hall, a museum, a big mansion, and an area used for festival gatherings. You have to finish tasks to unlock more shops. You can also bring about an entire makeover change to the town. In the museum, you can donate your items to be displayed. In that, it’s pretty similar to the museums in Animal Crossing and Stardew Valley. Donating the items was very enjoyable—especially the option to capture wild animals with your camera and donate the photos to the museum. Whatever treasures you find, dying mining or foraging, you can donate to the museum. Not only that, but you can also donate sea creatures.

Pioneer’s story and the cast of this game are some of its strong features. The characters are really large and diverse. The bachelorettes that you get to interact with and date are diverse in their personalities and appearances. It incorporates some real-life cultural elements. When it comes to dating and wooing the characters, you can go for a bachelor or a bachelorette, irrespective of your gender. The options for interacting with the town’s people at first are limited and dull. The residents of Olive Town are not all that interesting to interact with initially. Most of the mundanity is because of the drab dialogues. But the cutscenes are the moments where the characters are really interesting. It feels like much love has been poured into the writing in the game. The plot lacks, but it’s a Story of Seasons game, so it doesn’t detract much from the game. 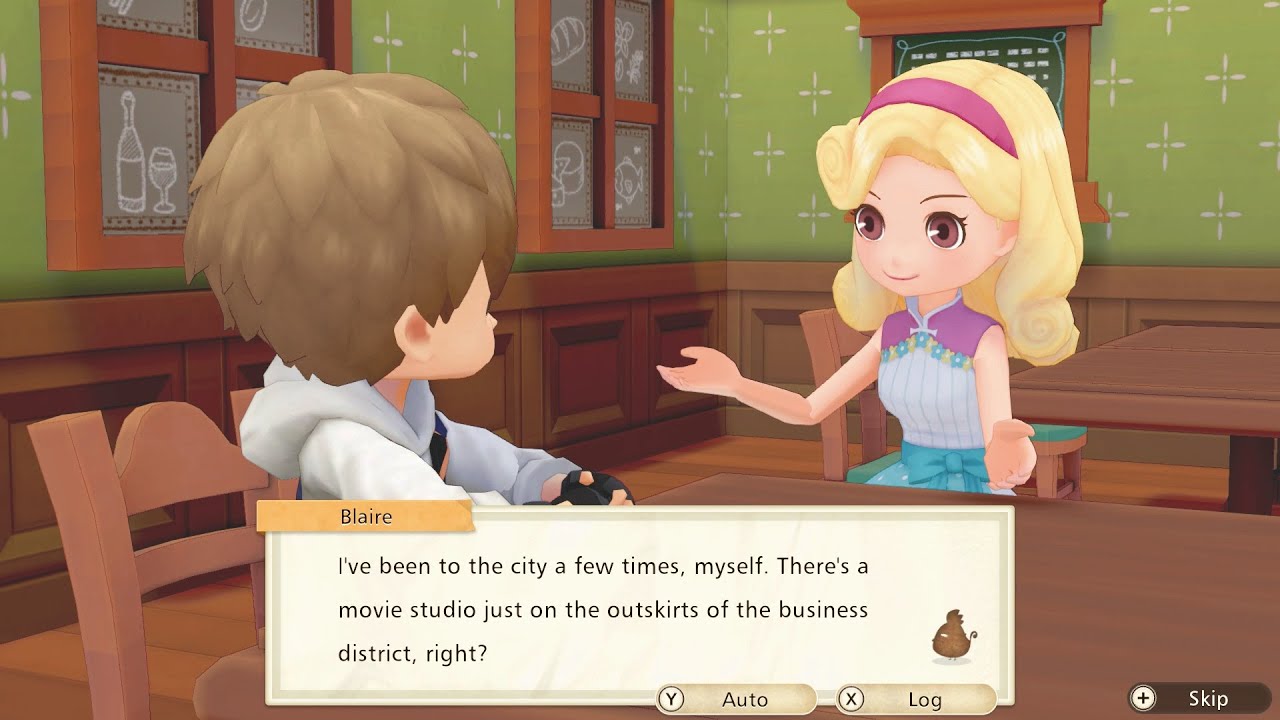 You can date a bachelor or a bachelorette regardless of your gender. Story of Seasons: Pioneers of Olive Town.