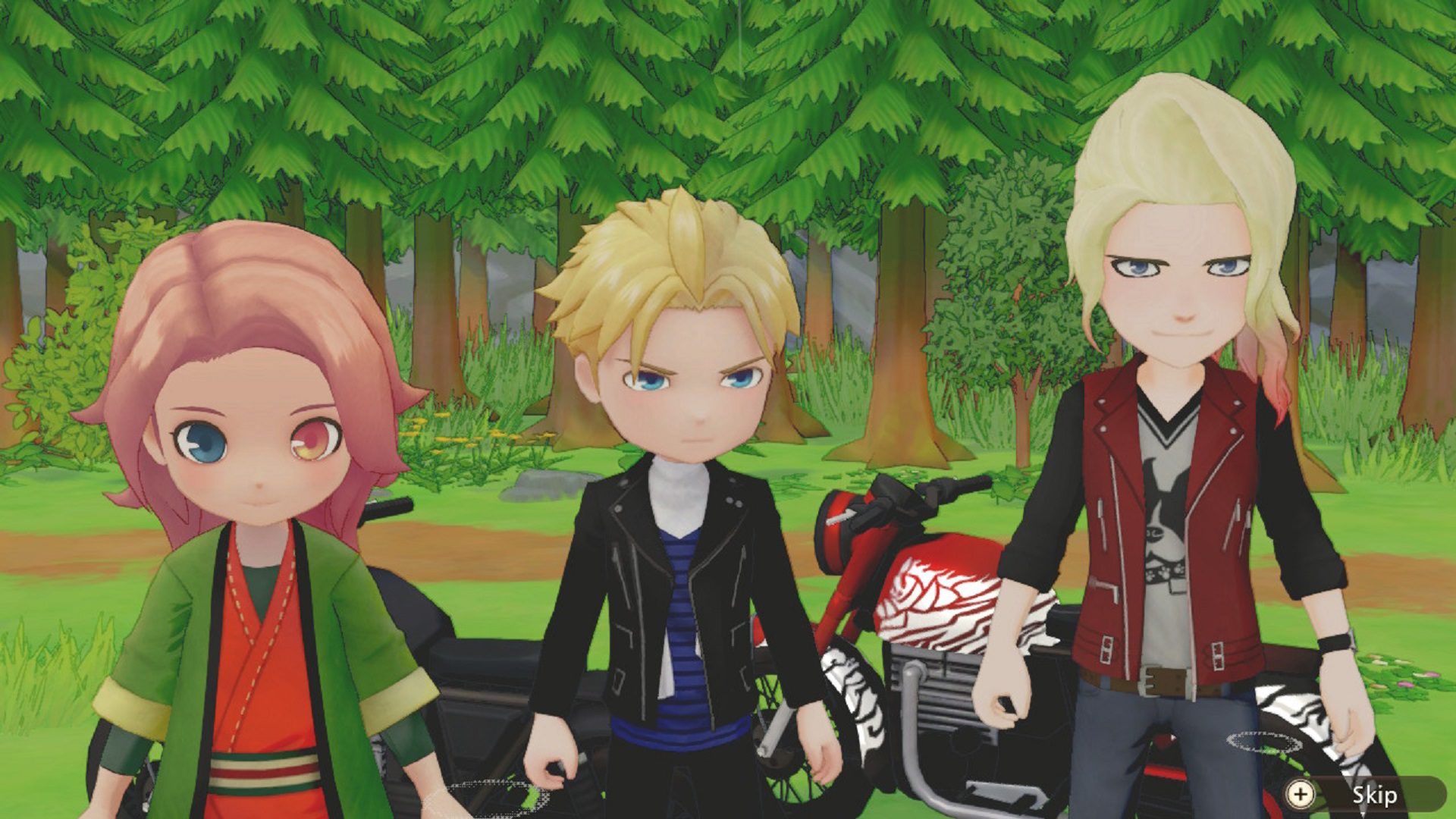 Story of Seasons is also named Bokujō Monogatari and was initially goes by the name of Harvest Moon. This game is a role-playing simulation game with an agriculture setup. The game is a creation of Yasuhiro Wada and a development project of Victor Interactive Software.  The primary objective of the whole series from the starting was rebuilding a dilapidated farm and the b converting it into a successful one. Then as time goes on, the player garner livestock and crops. Players can also befriend the neighbors and can marry nearby and start a family. The very first game was released in 1996 for Super Nintendo Entertainment System named Harvest Moon.

Story of Seasons: Pioneers of Olive Town is very simple me, and the mechanics are not too complex. The player plays a farmer and has a lot of things to do. The gem is the latest installment in the popular Story of Seasons series. The series is a sequel or offshoot of the Harvest Moon series and has the incorporation of the same team and developers behind the game. This game is although a tad different from the prequels and its predecessors in many ways, such as lacking secrets. Many things are unlockable in the entire Story of Seasons series, Pioneers of Olive Town’s offer little sparse things, but players can find many different things throughout the game.

All through the game, the player will search and find for Follower Sprites by doing all the tasks and everything else that Story of Seasons: Pioneers of Olive Town has to offer. When the player plays and reaches a particular moment in-game, considering it as a milestone with the sprites along, features of a different kind can be unlocked. These features have the inclusion of unique things to interact with and special locations. One of the unlockable things is the Beanstalk Island. When the player is at a 60 Follower Sprites to unlock, this location was only located by the players who stick throughout the game. 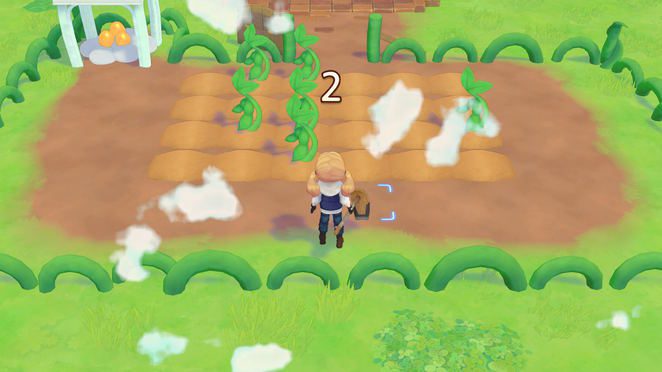 This island appears the morning when the player has reached the mark of 60 Follower Sprites. The area is unique and almost doubles as the location of the Digging for Sprites mini-game. In the mini-game, the player should not pull beanstalk when The player uproots gold Sprites in three minutes. Although the process can be repeated, hours pass by the attempts.

When wandering the world of Story of Seasons: Pioneers of Olive Town, the player will gain access and unlock several parts of the world which was previously not accessible. When tasks are accomplished when exploring, players can gain access to the hub of fishing, Ancient Lake. The unlock is a tie-up to a third farming area. 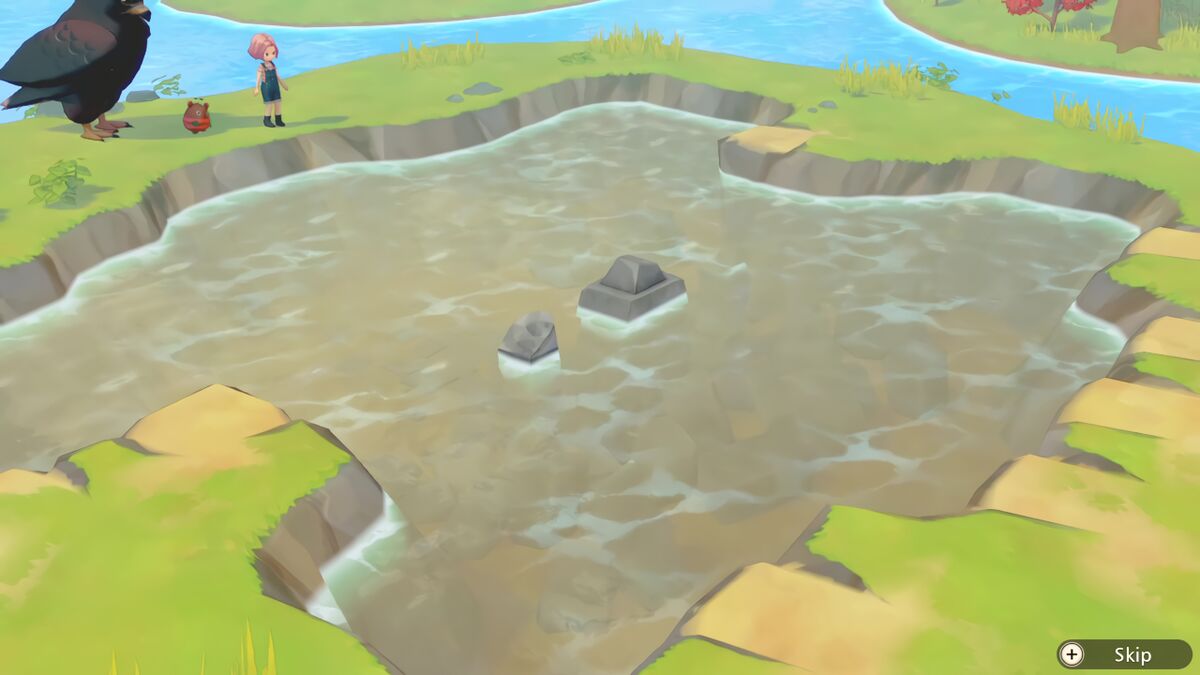 When the player drains the water from the third farm area, rare fish and treasures primarily by fishing access are granted by the Ancient Lake. The area is plain in comparison to other locations in Story of Seasons: Pioneers of Olive Town.

Story of Seasons: Pioneers of Olive Town has two secrets, the very first is the new town resident, who is a secret Matsuyuki. Matsuyuki is a character that resembles a ninja, and only appears in Olive Town if the player gets married to Iori. After the wedding ceremonies are done, Matsuyuki will appear in front of Iori’s house near the north need of Olive Town. 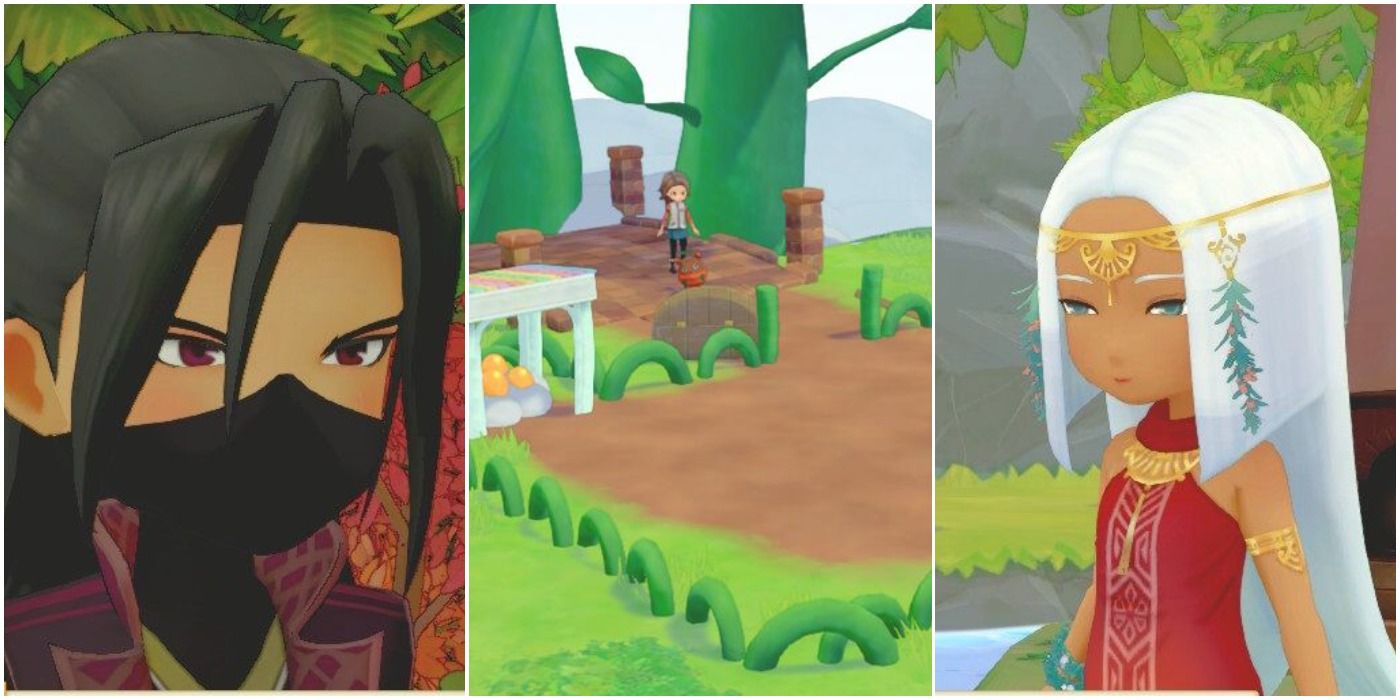 Matsuyuki will converse with Iori stating that they have found a worthy partner and then afterward became interactable NPC in the town. Although this candidate cannot be initiated for a marriage or a romantic relationship cannot be initiated with the person, but he can accept gifts given. The three events of his circulate locals’ converse about the mysterious ninja that is in the town, and this leads to a final confrontation at seven hearts.

The Grown-Up Spirit of the Spring 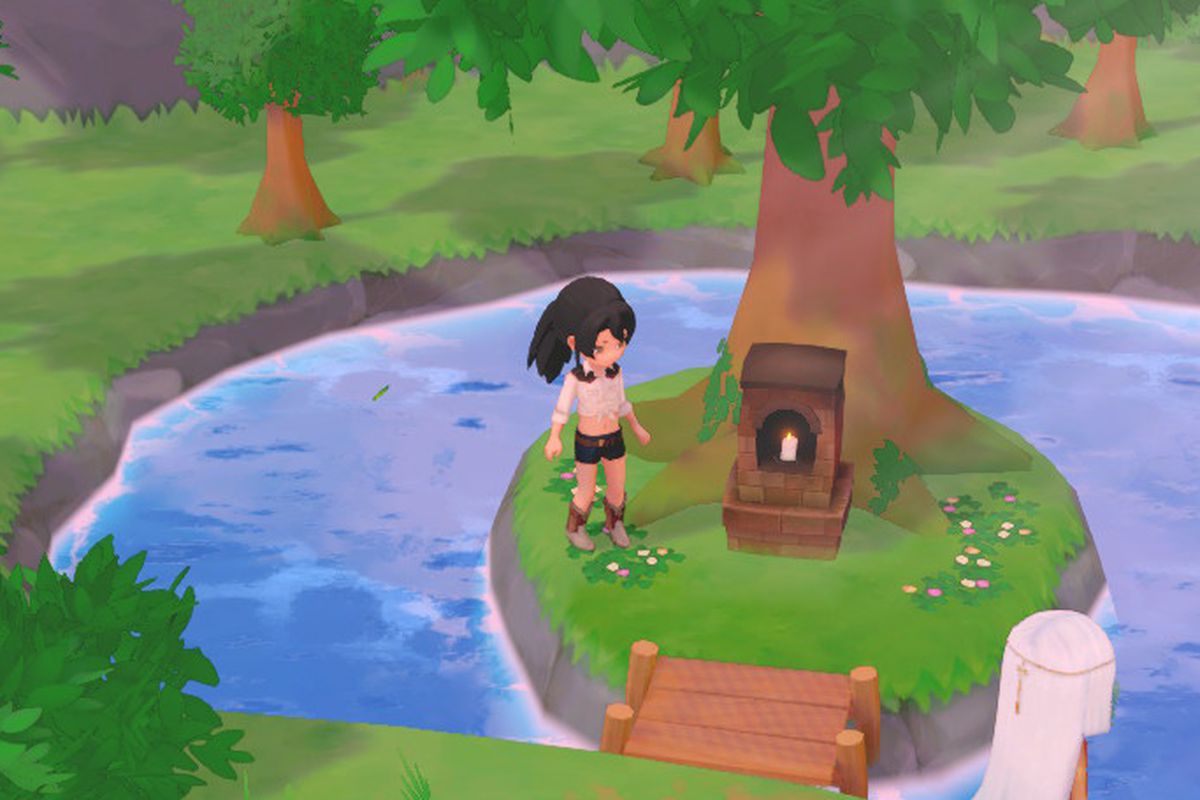 Story of Seasons: The Lava Caverns

These Caverns are very hot and an area that comes in an uncomfortable category. This area is unlockable a little early in the game than the Beanstalk Island. Although the game has garnered a large following, many players leave the Story of Seasons: Pioneers of Olive Town before they get to explore and see the content. 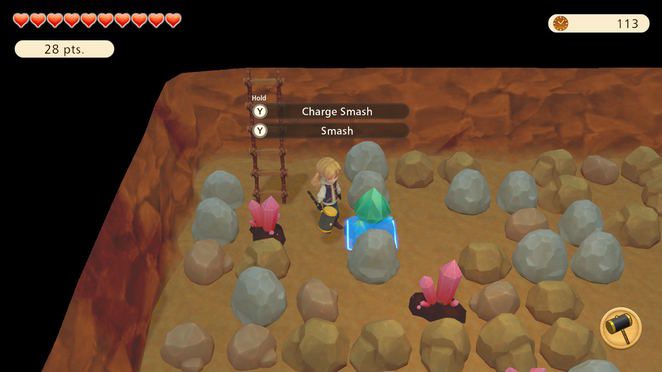 When the player attains a 25 Follower Sprites, players can visit their chamber filled with volcanic magma. This is a combination of   Beanstalk Island and Ancient Lake, as the players are allowed for fishing of unique specimens and treasures. This is also a home for a minigame. The minigame is titled Mining Frenzy, and the player is required for mining. This minigame is one of the best ways for stamina building, and each try in a minigame will pass one hour in-game, so it can’t be done as much. 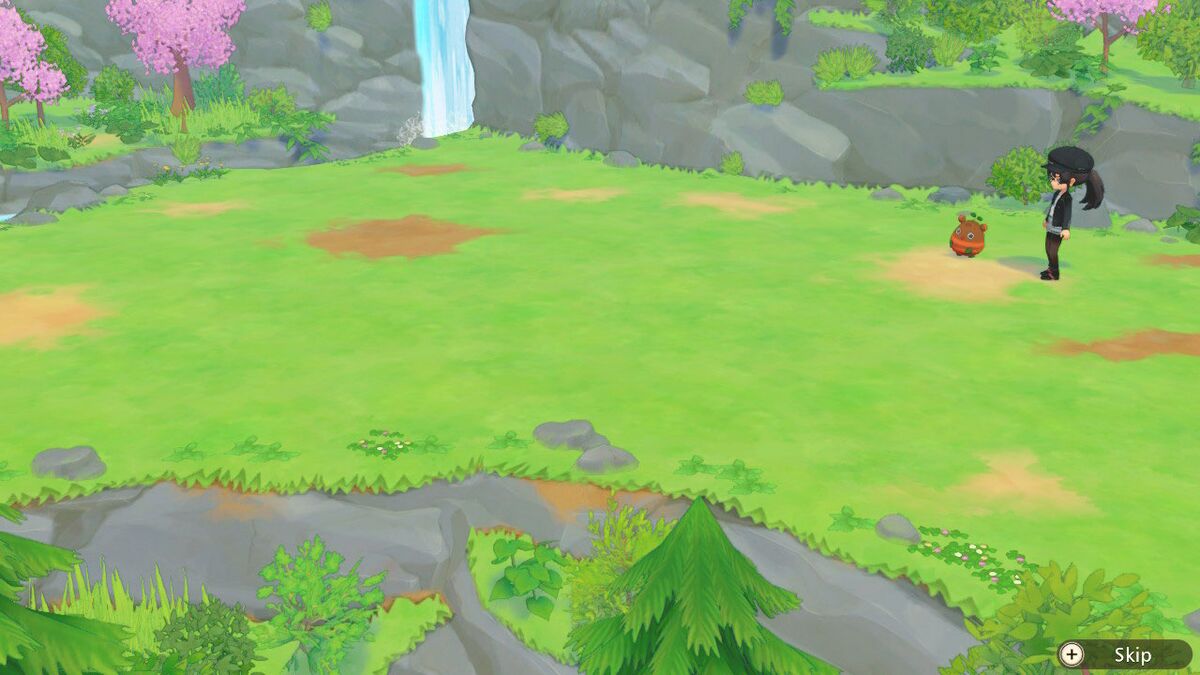 The four gardens include Petalwind Gardens, which is Spring, Eversun Gardens, which signify Summer, Redmaple Gardens, signifying Autumn, and the  Hoarfrost Gardens, Landscape for crops that grow in the cold. The gardens are individually chosen for unlocking when the player spends 100 points as of total at Nort of Olive Town shrine.

Also Read: Streets Of Rage 4 DLC: What Happened To The Nintendo Switch Version?