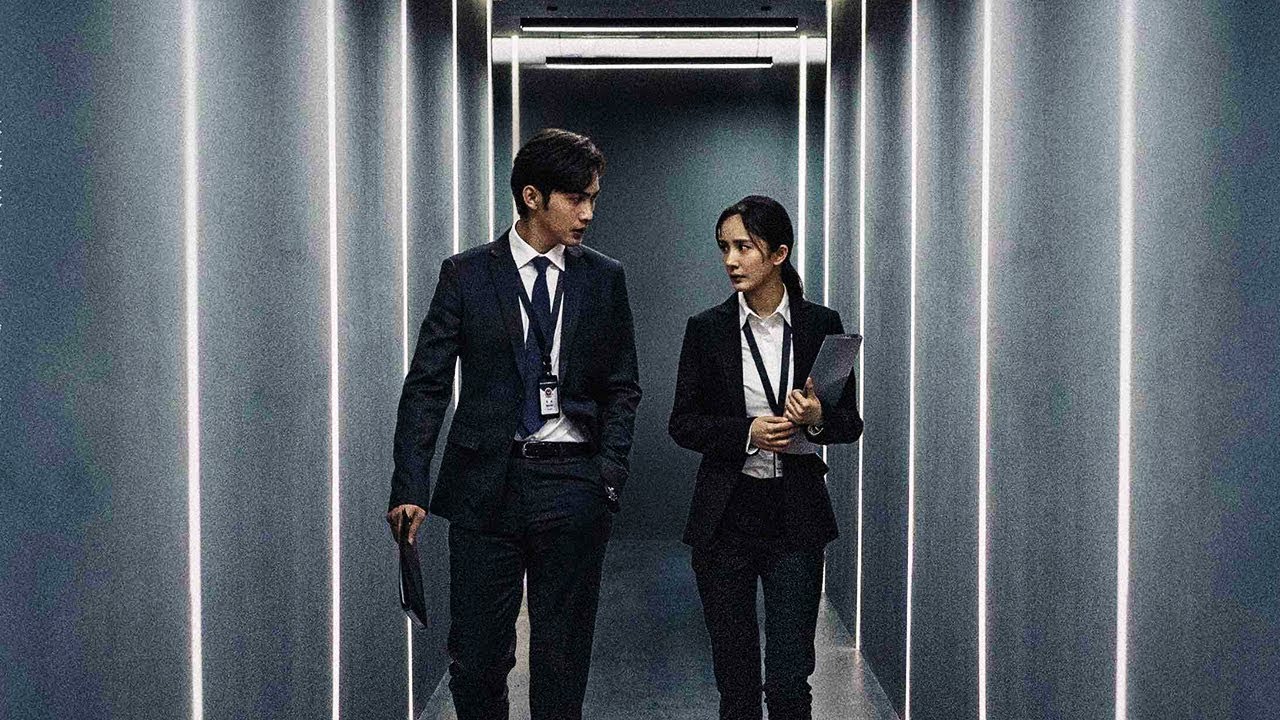 K-Dramas are in huge demand after the Korean wave. People are looking forward to seeing more of K-dramas. K-Dramas are South Korean television serials, which are now converted into series. And one of them is Storm Eye. It has been quite an affair since its release. And people are excited to know the story and many other details about the same.

Storm eye is a Korean drama series. It recently came out on 23rd February 2021. And is set to end around 16th march 2021. The series was directed by Jin Sha. And the Writer of this series is Jiang Da Qiao and Liang Zhen Hua. The story is full of Action, Suspense, Crime, Detectives, and Investigation. The plot revolves around a team of agents. The story is told from the perspective of An Jing and Ma Shang. These brave officers do possible everything they can to uphold justice. They show immense bravery in the missions assigned to them. And they are always working tirelessly hard to protect the national interest. Ma Shang is shown to be a special security agent. He is assigned with the special mission to trail a spy who is out of the border. He has to tail him all the way to Shuangqing City.

When he was performing the surveillance work for this mission, he discovered that the spy is only a small part of the scheme. The enemy was planning something way bigger and deadly. He then finds out that their goal was to steal the top-secret research of Huading Group. Later due to some unforeseen circumstances, Ma Shang is urgently sent to Shuangquing. There he has to further collaborate with the city bureau. And will be using the code name Storm Eye. When the local team is formed, he realizes that the local team leader is no other than an old classmate from high school. Who had left 10 years ago without saying goodbye?

The story is a lovely combination of love, drama, and suspense. Can love bloom between the two classmates who have separated years ago? In this season, there are supposed to be 40 episodes. Currently, 23 episodes have been aired. But out of all episodes, episode 6 is my personal favorite. So here’s a short recap. 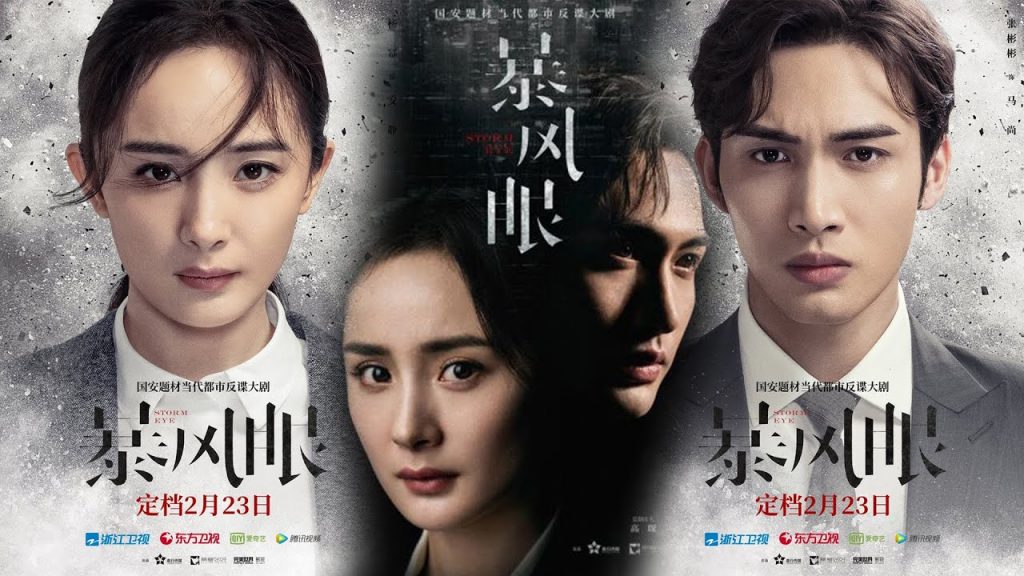 Storm eye episode 6 begins with Ma Shang and He Zixuan finding out about the whereabouts of Jia Chang’an, and they quickly tell about this to Jing. But all their plans are later disrupted with the arrival of a report letter. And Jia Chang’an’s heart is also broken. Then Jia Chang’an proceeds towards the east, and the airport and railway station were towards the west. Then after receiving a phone call from Miao Yi, Jia Chang’an cried and said that the report that had arrived was fake and someone had tried to frame him. Miao Yi trusts him immensely. So he asked Jia Chang’an to come to Dinghua and find him. Meanwhile, Ma Shang and He Zixuan monitored his phone. Then they quickly called Quiet and asked him to go to Dinghua. It would take him 10 minutes to reach there.

Read:   Cobra Kai Season 5 Announced Due To The Prior Grand Success

On the other side, Miao Wei was anxiously at the office. In the nest scene, Jia Chang’an’s car went to an underground garage and was parked in a dead corner where the camera couldn’t see it. So, Ma Shang also could not see it. When he arrived at the place, he found out that Jia Chang’an had died in the car. Looking at Jia Chang’an’s body, Miao Yi was shocked and couldn’t believe what had happened. It took her a while to accept it.

Quite and Du Meng came to find Miao Huang and Miao Wei to make them understand what was going on. Miao Wei was thrilled and threw them out. She waited outside and waited calmly and quietly. Meanwhile, Miao Huanyang asked if the quiet report letter was true or not. To this Quiet replies that they had deducted the latest batch of ore sent to Chang’an Technology. So the report that was sent was not completely false or baseless. And to this information, Miao Huanyang pretended not to know a thing.

Next, Jia Chang’an had passed a very strange phone call before his death. Ma Shand had found it suspicious and was investigating it. It was also shown that Jia Chang’an’s body was without any scar. It was revealed in the postmortem that the cause of death was car exhaust poisoning, which is also very strange. All these things did not show that someone may have murdered Jia Chang’an. Jia Chng had also sent a message to Miao Wei which read “Sorry”. This seemed to show that maybe ha had committed suicide.

Read:   What To Expect From Jack Whitehall: Travels with My Father Season 5?

But Jingjing and Ma Shang didn’t accept this. Jia Chang’an had taken some documents along with him before leaving. But at the scene of the incident, There were no documents found. This seemed strange. Song Bureau asked Jingjing and Du Meng to continue to keep an eye on the father and daughter duo of the Miao family. While Ma Shangru thought about who would benefit from Jia Chang’an’s death?

Ma Shang was still thinking about the possibility that Jia Chang’an’s smuggling case and Dinghua’s secret case may be linked. While he was on his way back. During this time, Miao Huanyang shows her wish to send Jia Chan’an to a funeral home. But Ma Shang wanted to quietly perform another autopsy. So he unpacked the body to reconfirm the cause of death. But to this, Miao Huanyang was not ready to agree. But Miao Wei offered t convince her into this. “Miao, You can’t figure out why Jia Chang’an suddenly left. He was by no means suicide.”

So, in order to find the truth to this mystery, Miao, You got on board with this plan. During this time, Miao Huanyang called Qiao Xichuan anxiously. She scolded him for bullying people too much. But Qiao Xichuan was not ready to accept Jia Chang’an’s death. It was later shown that Jia Chang’an was killed by Jeffrey’s people. And Qiao Xichuan wanted to find a new supplier. After that, Zhou Lian once again offered to step back, but Qiao Xichuan straight away refused to agree to this.

Then, He Zixuan was investigating the surveillance video. While Ma Shang got Dinghua’s interview notice. So,  Ma Shang again went to the scene of the crime. This time so many doubts clouded into his mind. While he was lost in his thoughts, He Zixuan found a piece of key evidence. He discovered that someone had come to the crime scene. On the basis of this evidence, Ma Shang thought of his own theory that the murderer hid in Jia Chang’an’s trunk beforehand and patiently waited for the time to start.

To this, Ma Shang also included that the murderer must have used some medicine that Jia Chang’an did not respond in the process. This indicates that it was someone who knew Jia Chang’an well. Then, I quite got a call from Dr. Li. The deceased had a needle under his armpit. But there were no signs of drug residue in the body.

The drugs that were injected into Jia Chang’an’s body could kill and metabolize very quickly. But these were very difficult to get hands-on. So obviously, it was someone with connections or access to such rare drugs. Quiet also believes that the murderer was next to Jia Chang’an in the car. And the murderer was in the car till the police arrived at the crime scene. And he escaped only when the police had started to collect the evidence. That is the time when he climbed out of the car and escaped the trunk. They speculated that the murderer was mostly one of Dinghua’s men.

Quite also reminded Ma Shang that he was not only going to Dinghua for the commercial espionage case but also to find the murderer. But if his identity was exposed. Dinghua’s next target would be Ma Shang. To this warning, Ma Shang responded that it didn’t matter. But he thought about this when he entered Guoan. His family was having dinner, and Ma Fu was talking about Jia Chang’an’s Suicide. During this conversation, Ma Shang pretended to not at all know who he was. Ma Shang then went to Dinghua for the interview, and Yang Xun had also applied for the same.