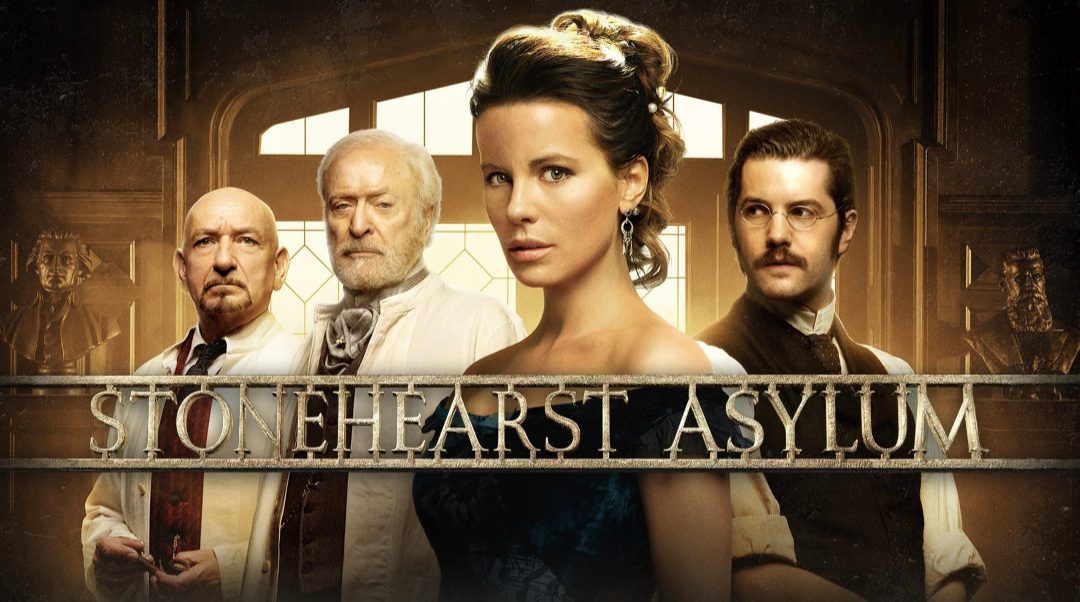 Stonehearst Asylum packs a crazy plot with some crazy twists to boot. The story begins in 1899, with an Oxford University professor demonstrating a case of female hysteria. The subject of said demonstration is Eliza Graves who protests the professor that she is sane. However, the process professor points out to his class that every mental patient claims to be sane. Amidst the students sits a young man, Edward Newgate. We later see him arrive at Stonehearst Asylum, where the woman from the demonstration class, Eliza Graves, is now a patient. He introduces himself as Dr. Edward Newgate, having arrived there from Oxford, seeking clinical experience. The head of the security, Finn, takes him to meet the superintendent, Dr. Silas Lamb.

Newgate observes the patients and the treatment for a while. The unorthodox approach of Dr. Lamb surprises Newgate. Dr. Lamb’s treatment approach does away with drugging or incarcerating the patients. Instead, he lets the patients indulge in their delusions if it makes them happy. But Stonehearst Asylum is also a love story, wherein Newgate is smitten and infatuated with Graves. However, on the other hand, he doesn’t gel with Finn and they argue frequently. During a feast, Finn proposes Newgate a toast as a truce, following an argument. But before Newgate can take a sip, Graves makes him spill the drink. She then tells him quietly to flee the asylum. However, Newgate refuses to take a hike without her. 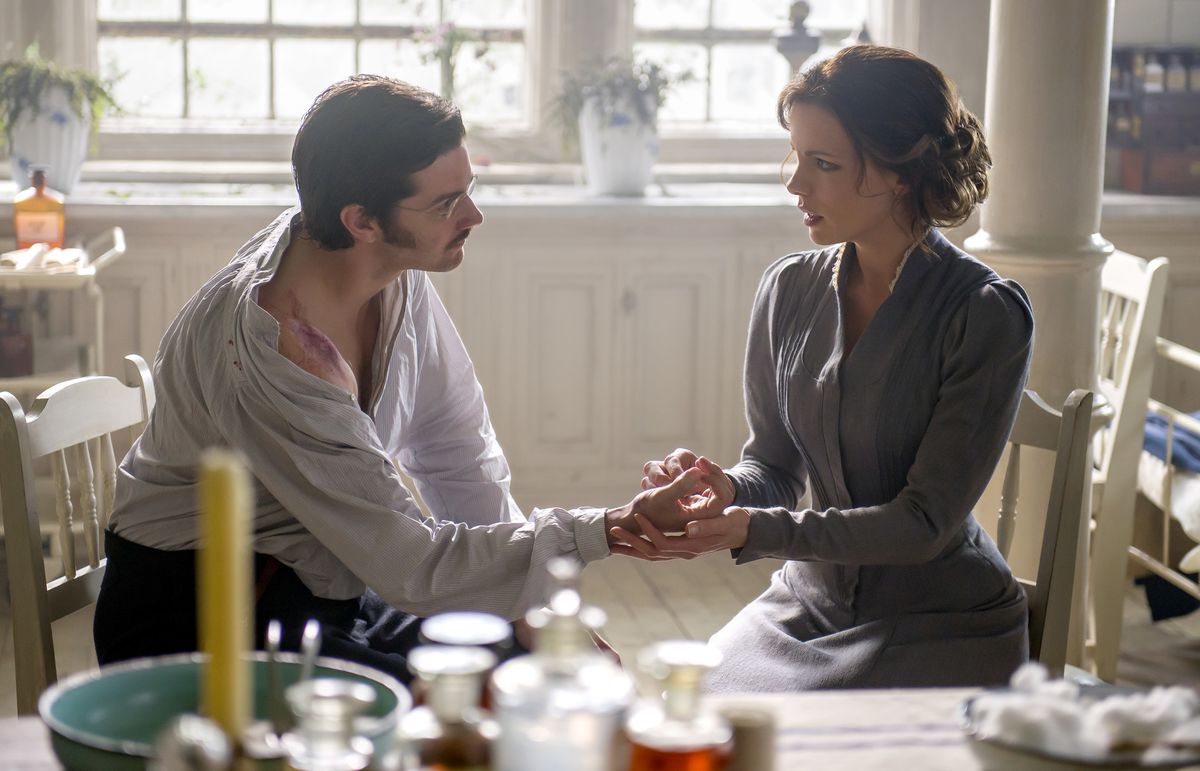 Stonehearst Asylum has a couple of twists, the first of which comes when Newgate stumbles upon a shocking discovery. It is when he discovers that the real asylum doctors and staff are in captivity. The staff that Newgate has been interacting with are all mental patients that took over. The captive staff tells Newgate that Lamb and Finn led the revolt. They also warn him against Finn, who they reveal is a crazy and inhumane surgeon from wartime.

Following the discovery, Newgate plans to do something about it and approaches Graves. He tries to include her in his plan but she refuses. Graves tells Newgate of the various abuses that Dr. Salt subjects his patients to. After that, Newgate sneaks into Lamb’s office to see Dr. Salt’s notes. That’s when he eavesdrops on Lamb and Finn, who are conspiring something. Lamb then coerces Newgate to perform an electrical shock treatment on Dr. Salt. The doctor ends up with amnesia following the ECT. It’s when the New Year’s celebration arrives when Stonehearst Asylum enters its third act.

What Happens To Finn and Lamb?

Towards the ending of Stonehearst Asylum, Finn kills a female patient during New Year’s celebration. This prompts Newgate to take action. He tries to spike his champagne but is caught and brought to Lamb, who prepares for electric shock therapy. Newgate tells Grave his reason for coming to the asylum was her. Newgate then asks Lamb if he can see Graves’s photo that he keeps in his pocket one last time. However, when he pulls the photograph out, it turns out to be one of Lamb’s patients from wartime. This throws him into a traumatic daze. Meanwhile, Finn is eventually defeated too and electrocuted to death. However, that also leads to a fire breaking out that quickly engulfs the asylum. Graves leads patients out while Newgate searches for Lamb, who’s still in shock. We then learn that he used to mercy kill his patients to end their suffering. 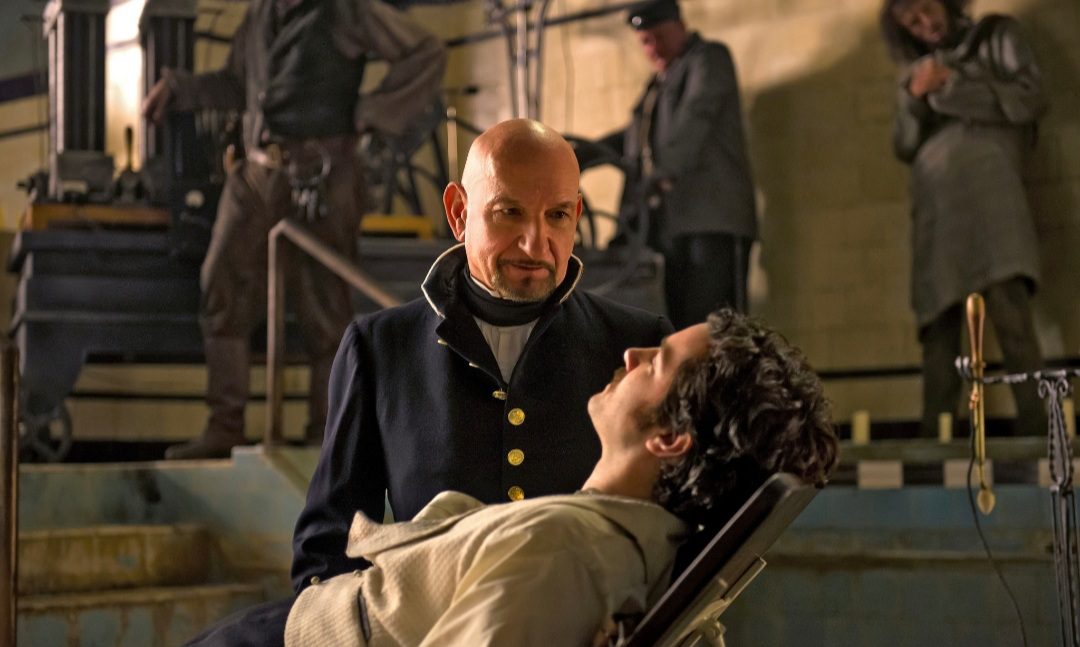 What Becomes of Newgate and Graves?

The ending of Stonehearst Asylum sees Newgate asking Graves to run away with him. However, she declines, saying that she can’t because he’s normal. That’s when we get another twist reveal. Newgate confesses his love for Graves and says he has a secret to tell her. Later, we see Graves’s husband and the Oxford professor from earlier on in the film, arrive at Stonehearst. When they ask for Mrs. Graves’s release, Mrs. Pike tells them that Newgate already did. That’s when the professor reveals that he’s actually Dr. Edward Newgate. The man that the staff thought to be Newgate, was an escaped mental patient with Pseudologia Fantastica. In the end, we see the not-real-Newgate and Graves in an asylum in Tuscany, Italy. They dance and embrace happily in an asylum run by benevolent Nuns, and are known as Dr. And Mrs. Lamb.