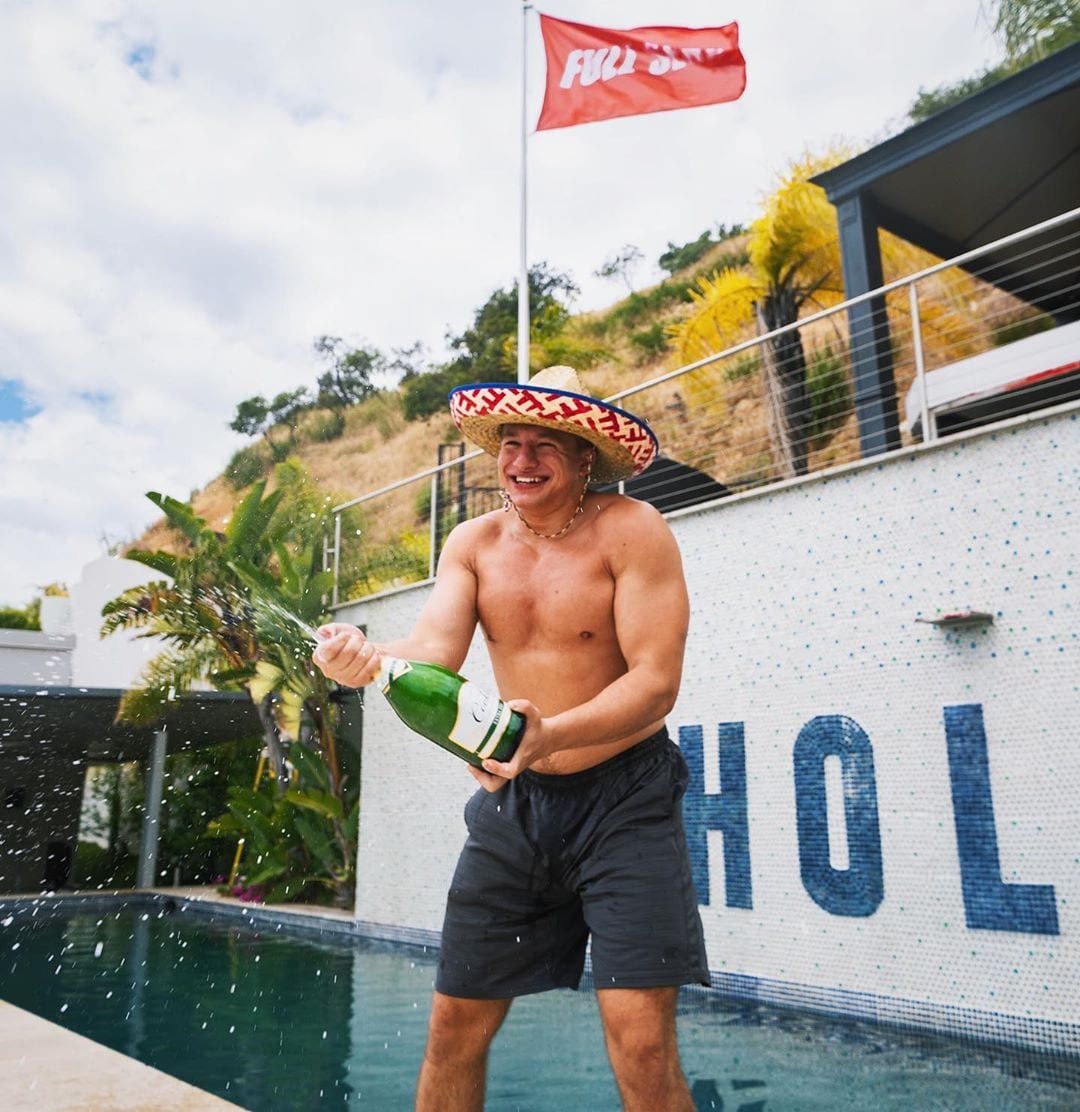 Today we’ll take a look at YouTuber SteveWillDoIt’s net worth. Stephen Deleonardis is most well known by his online name SteveWillDoIt. He is a famous American Instagram star, YouTube personality, and entertainer. His YouTube content consists of challenge videos like consuming large quantities of food, alcohol, and cannabis. Besides his solo endeavors, Steve gained additional fame by being a member of the NELK boys, also called the NELK entertainment.

Founded in Canada in 2010, It is a highly popular entertainment company and YouTube channel. The Nelk YouTube channel posts relatable Vlogs and prank videos that combine their party lifestyle with actual pranks. The videos have a North American college culture theme. Young viewers are attracted to that kind of content which resulted in their popularity. Let us now see the net worth of SteveWillDoIt.

As of 2021, SteveWillDoIt’s net worth is estimated to be roughly around $1 million. According to sources, Steve earns approximately $29.1K – $466.3K per year. His comedic personality and content receive an average daily viewership of 500,000 from several different sources. He is reportedly earning an estimated daily revenue of $2,500 from YouTube. 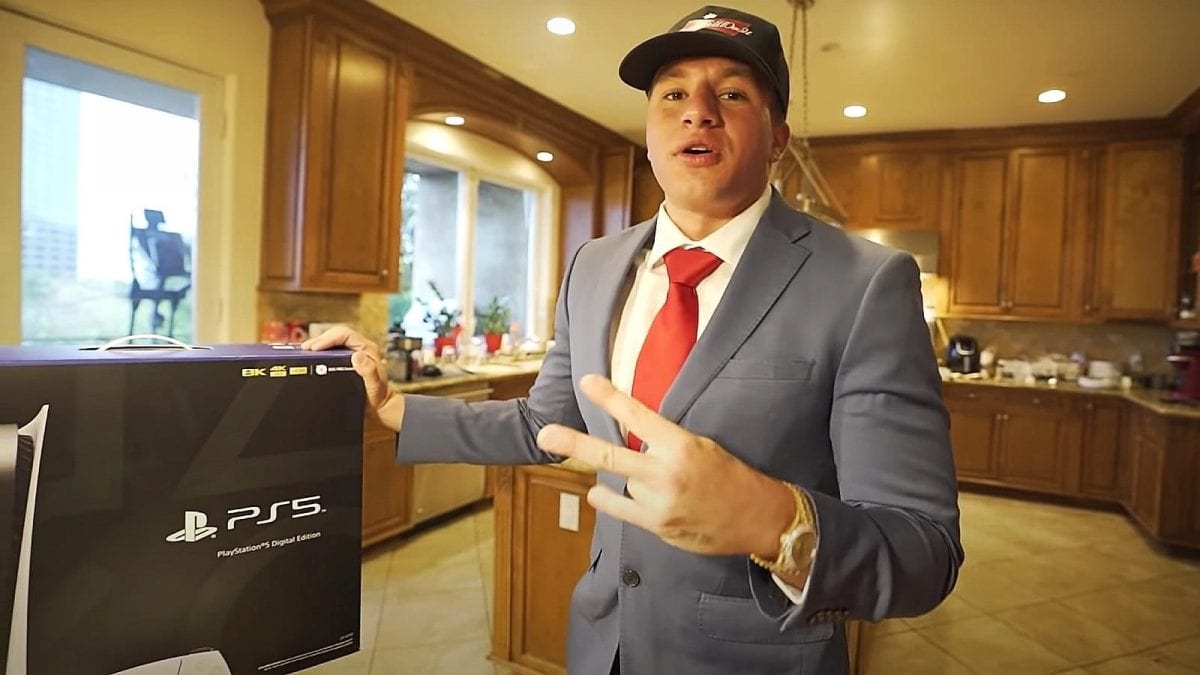 Stephen Deleonardis was born on 26 August 1998 in Oviedo, Florida, United States. There is not much information available about his family. All we know about his early life is that he studied at Oviedo High School.

Steve had started making and posting challenge videos on Instagram since his teenage years. He wasn’t as well known back then, though. It was in 2017 that he made SteveWillDoIt his username on Instagram and began posting content under it that his popularity started to gain momentum.

Steve’s rise to fame is all thanks to Instagram. Deleonardis initially began to post-challenge videos on Instagram, with the user handle “SteveWillDoIt”. The username suggests that he would be willing to perform any challenge his fans ask of him. In 2019, Steve shifted to YouTube with the same name, uploading his first video titled “I am taking over YouTube”. The video has around a million views at the moment. In the beginning, all challenge videos consisted of Steve consuming large quantities of alcohol, food, and cannabis, but over time, the content he posts has changed. 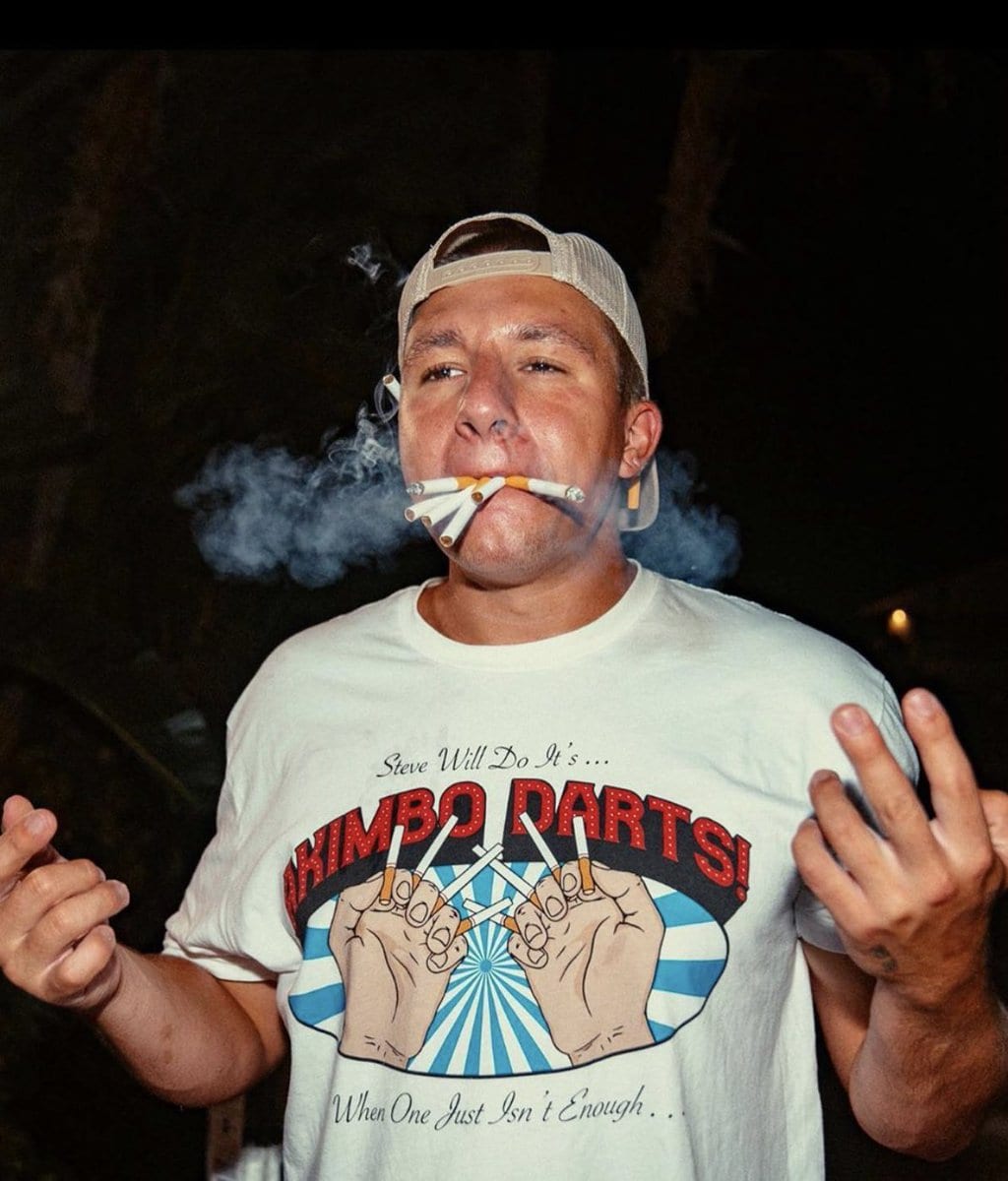 It was when Steve joined a social experiment and public prank channel, NELK entertainment, that he gained much more popularity. The NELK YouTube channel has 6.67 million subscribers and has uploaded more than 200 videos on its channel. One of the first videos that he worked on with the NELK boys was released on May 7, 2019. The video was titled “Fake Security At Hollywood’s Hottest Night Club Prank”. To get along better with the rest of the NELK members, Steve even moved to Los Angeles, California in February 2020.

Most of the videos he has done with the NELK boys have millions of views, for example, a video he made with the NELK members titled “Buying a $10 Million Yacht in Bitcoin” posted on April 13, 2021, has more than 3.5 million views.

In October 2020, along with the other NELK members, Steve also got an opportunity to meet up with the former President of the United States Of America, Donald Trump. They were a part of Trump’s campaign rallies. Later, Trump even invited him to dance on the stage.

SteveWillDoIt is managed by John Shahidi, an American businessman, executive producer, and President of Full Send/Nelk Boys and Happy Dad. John, along with his brother Sam Shahidi started Shots Studios, which is a YouTube network for top social media stars and internet personalities. Big names like Jake Paul and Lele Pons are also part of their network.

Steve started dating Instagram star, Celina Smith after meeting her at Oviedo High School. Steve introduced his girlfriend on his channel as well. Fans loved their interactions and chemistry. According to sources, the couple has unfortunately parted ways after dating for over four years. The exact reason for the breakup is unclear, but Celina reportedly cheated on Steve, and there was some drama around it. After the breakup, Steve is currently single.

Also Read: Joey Graceffa Net Worth: How Much Does The Youtuber Earn?