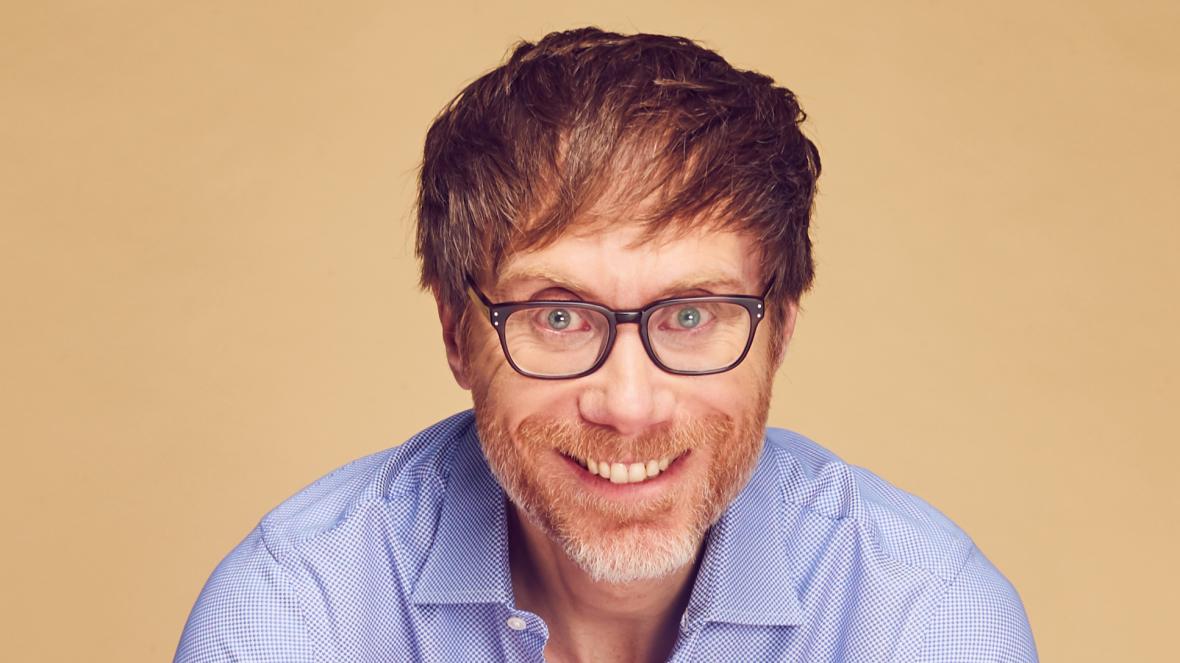 All those who have watched the British Film series The Office. Know about the remarkable contribution of Stephen Merchant in the series. The English actor, director, writer, presenter, and comedian is the co-writer and co-director of this series. He has done some exceptional work in this industry and has given us so many incredible series, movies, and shows. He was also the co-director, co-star, and co-writer for both the Extras, which ran from 2005-2007 and also Life’s too Short, which was from 2011-2013. Stephen has also hosted The Rick Gervais Show in various formats, including its radio, podcast, audiobook, and television versions. He has also performed as a standup comedian. And his works as a comedian nave contributed a lot in the making of some epic shows.

The famous HBO series Hello ladies that aired from 2013 -2014 is based on his work. He has also starred in the play ‘The Mentalists’ by Richard bean, performed at London’s Wyndham’s Theatre.

He recently played a part in 2017’s Logan as the mutant Caliban. Merchant has received many awards for his works, including two Golden Globes awards, three BAFTA Awards, one Primetime Emmy Award, and four British Comedy awards. Stephan Merchant’s net worth is estimated to be around $40 million.

Stephen Merchant was born on November 24th, 1974, in the Hanham suburb of Bristol. His mother, Jane Elaine, was a nursery nurse, and his father, Ronald John Merchant, was a plumber. He attended the Hanham High School and later graduated from the University of Warwick in Coventry in 1996. He did BA in Film and literature. Initially, he worked as a film reviewer on the student radio station, where his broadcasting career took off. This group also included James King, a well-known film critic. Several tapes from The Steve Show had been rediscovered and were distributed on various fan sites.

He was inspired to get into comedy from John Cleese. He claimed that he had never met him in person. But his parents met John Cleese recently on a cruise ship and asked him to sign a book for Merchant. They also recorded a voice mail in the cruise cabin in which Cleese said that he would be more than happy to sing the book for Merchant, and he wondered if their Stephan Merchant was the same Stephen Merchant who had collaborated with Ricky Gervais on The Office. As he was an enormous fan of his and he also asked them to pass on his best regards. After listening to this, Stephan said that now he didn’t feel the need to meet him; this was all he needed.

Merchant married an American actress Mircea Monore. He first met her in 2017 and lives with her in the Nicholas Canyon area of Los Angeles. Ellen DeGeneres previously owned the house he is living in. He also has a second home back in London. Merchant is popular for his 6feet 7 inches tall and lean frame. Due to this, Ricky Gervis once described him as a stick insect with glasses’ or ‘Beaker from The Muppet Show.’ Merchant gets a lot of comments for his dance moves too. Gervis compared his moves to ‘an upright lizard getting an electric shock treatment.’ On the other hand, Russel Brand described it as a ‘Graceful Grasshopper,’ while Karl Pilkington described his dance as a bit of weird art but is now used to it.

Merchant once mentioned that he would prefer to be likened to Peter Crouch, a footballer and has a 6 Feet 7 Inches frame. Merchant was also one of the 48 celebs who got a warning letter against Conservative Party policy towards the BBC. This was before the 2010 general elections. On December 22nd, 2019, he appeared as a guest in an episode of BBC Radio 4’s Desert Island Discs. For this show, his book choice was Roger’s Profanisaurus by Roger Mellie from Viz, and his preferred luxury item was a piano, and his chosen record was “Thunder Road” by Bruce Springsteen.

Merchant’s estimated net worth is around $40 million. It is said that to date, Stephen has earned worth $50 million from the American version of the popular series The Office. This income was mainly from the Global syndication sales. In 2014, it was reported that he had brought real estate property from Ellen Degeneres that was almost 3000 square feet of space. He also owns another property back in London.