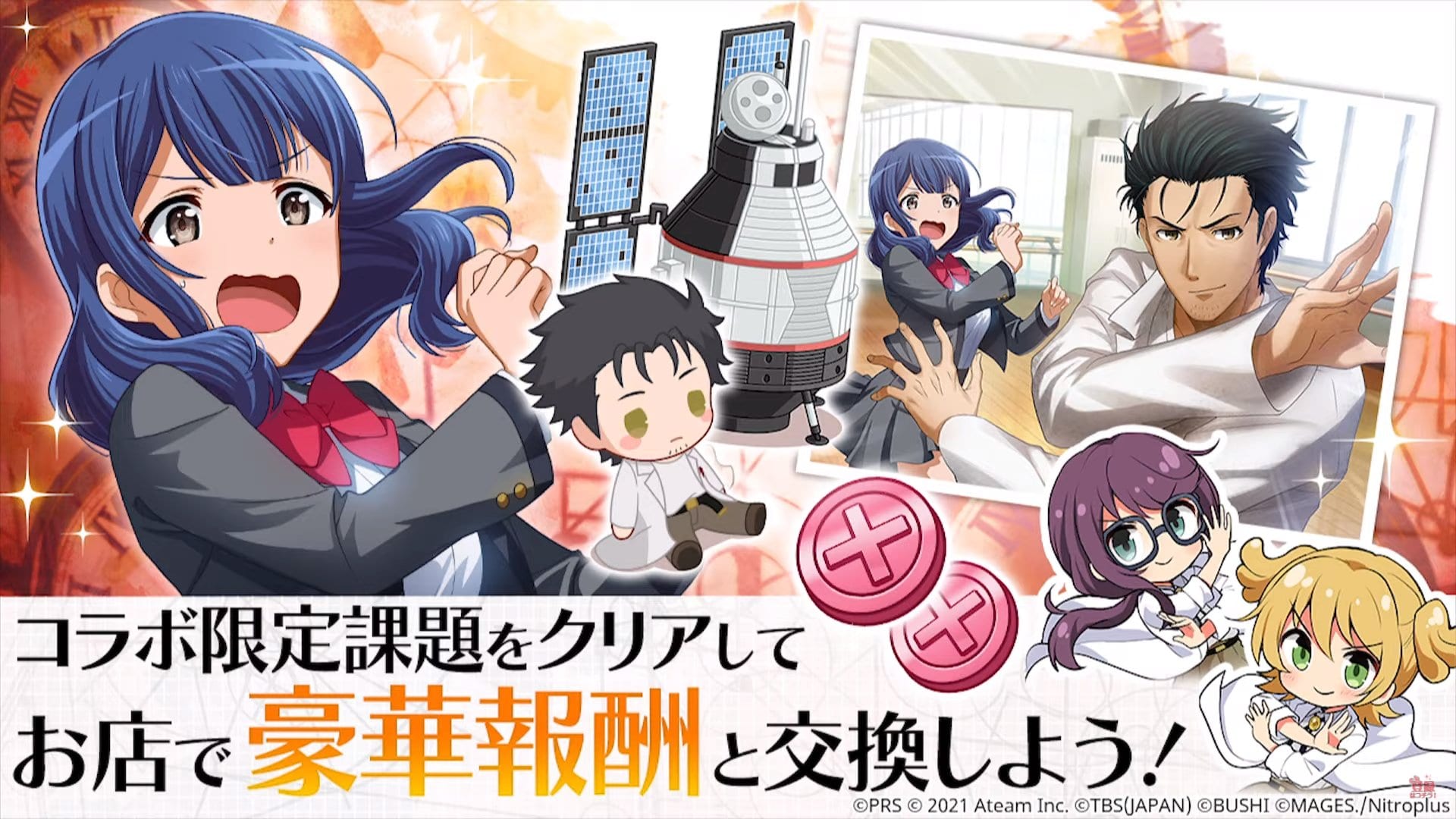 A crossover between different anime is extremely rare. If and when they occur, the crossover is placed so subtly that they pass unnoticed. However, the makers of Starlight Re-Live, a popular Japanese smartphone game announced an unpredictable collaboration with Steins;Gate. Steins;Gate is an anime series from the Science Adventure Series franchise. Then anime has an IMDb rating of 8.8 out of 10 and a MAL rating of 9.1 out of 10. The anime is immensely popular and has multiple subreddit with the same hashtag. Of course, the series has a great plot and a promising cast too.

Revue Starlight is an anime series that aired in 2018 along with a game based on the same concept. Revue Starlight Re-Live, the smartphone game is available on Google Play Store with a 4-star rating. The game continues the story from the anime and picks up exactly where it started. It was developed and published Ateam in 2018 following which this role-playing game gained a lot of success.

The collaboration between these two anime is definitely not something one would expect out of nowhere. The two anime have a vast difference in their genre that is all the more confusing. While Steins;Gate is all about sci-fi and thriller, in the contrast, Revue Starlight is all about music and high school. 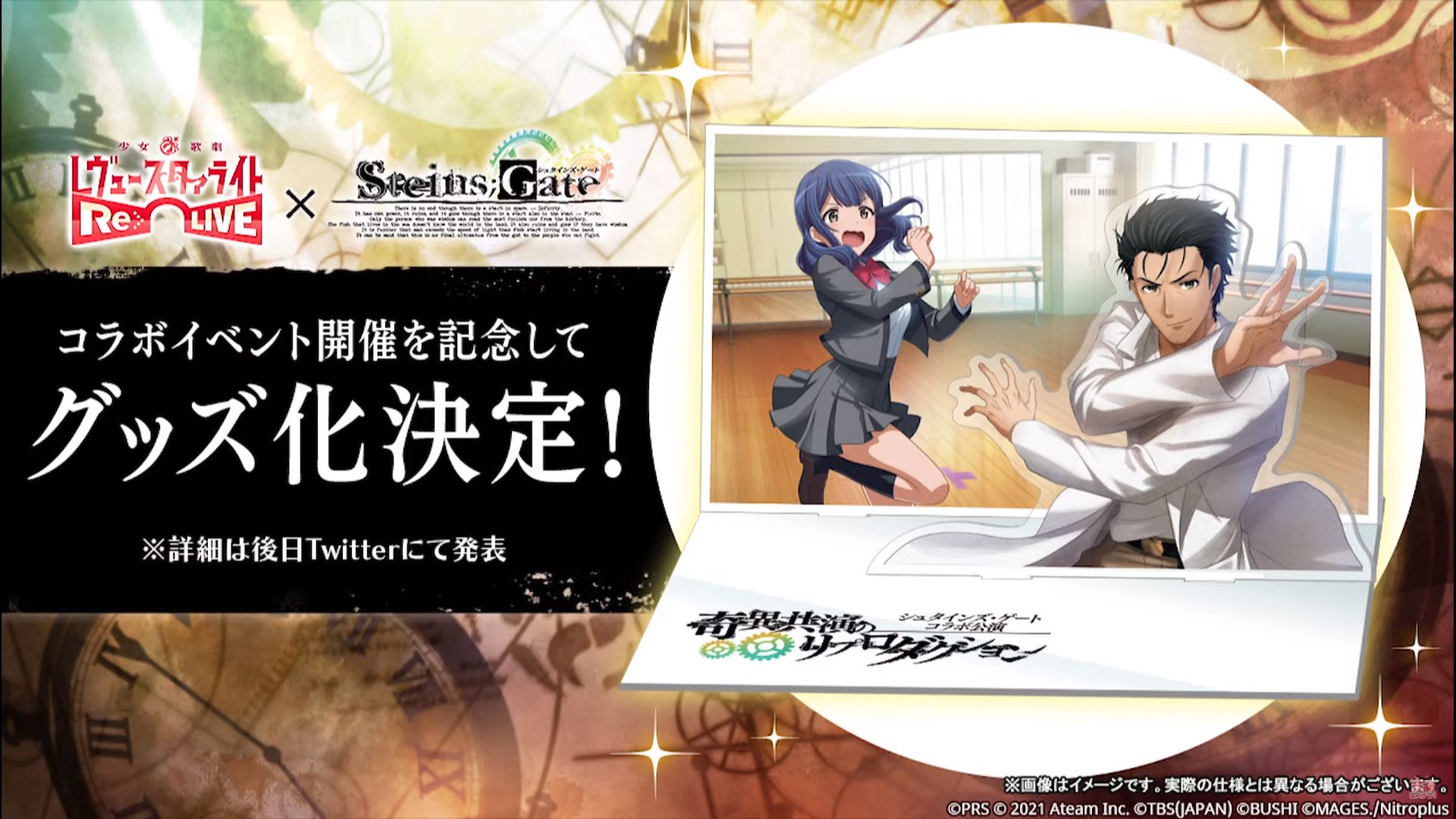 On Monday, the official Twitter account of Revue Starlight Re-Live tweeted an update that the game will be collaborating with Steins;Gate from the Science Adventure Series.

The tweet literally translates to, “Collaboration will be held from 3/17 (Wednesday) Sparkles. Rintarou Okabe will appear in Starira Party popper.”

The Twitter account of the game is filled with multiple tweets explaining details about the upcoming event. The tweet also mentions that there will be an appearance of Okabe Rintarou, the protagonist of Steins;Gate, who will be voiced by the original voice actor, Miyano Mamoru. Okabe Rintarou will get his own original story. The same lines will be later added to the game.

This is time-limited. The goal of the event is to earn rewards by killing event bosses. New Gacha units will be introduced. There will be time-limited assignments. Collab medals can be exchanged in the shops in return for limited items. The event will also hold a server-wide boss battle within a time limit. Also, a collab special PvP where you can open PvP chests to gain collab limited items. Players can win unique titles through this event too. Lastly, there has also been an announcement of a special reward, which is yet to be revealed.

You can install the recent version in your Android or iOS to enjoy the collaboration event and the rewards that come along with it. 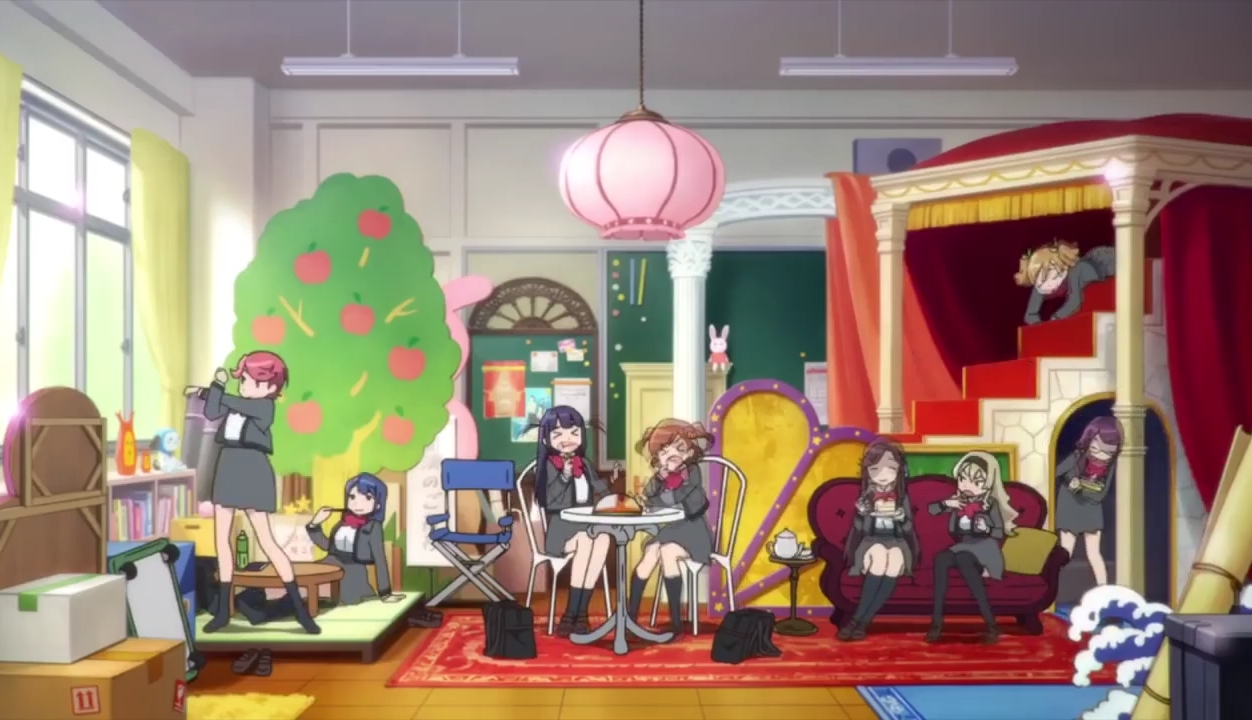 Starlight centers around music, theatre, and the various aspiring artists who have a different perspective on it. The anime begins with a pair of childhood best friends, Hikari and Karen. They had made a promise to sing on a stage together. Karen now goes to Seisho Music Academy. While she already is passionate about music, her passion further intensifies after Hikari transfers into Seisho Music Academy.

The Academy has entered a state of hustle as the Seisho festival is approaching. For this event, the girls of the academy are busy preparing for their performance of the song ‘Starlight’. The song captures the tragedy of two Goddesses who are attracted by heaven’s light only to never meet again.

Karen finds a mysterious elevator that leads to a theater situated below the school. She finds an event hosted by a talking giraffe. Here the girls engage in duels to determine the Top Star, a title if won will gain the winner one lead role in Starlight. Karen finds herself amidst battles as she moves ahead to fulfill her dreams and the promise she once made to Hikari.

The anime consists of one season that has twelve episodes. After the completion of the season, two OVAs were released. A movie is due in 2021 that will be a sequel to the anime series.

The Revue Starlight Re-Live game’s recent update is 1.0.16. It was developed by Ateam and published by Ateam too along with Bushiroad. The game was launched in 2018 on both Play Store and iOS. You will find all the nine main characters from the anime in the game. The game has a total of 24 characters, belonging to four different schools. The girls in the game are transported to a different world of Revue Auditions where they battle Korosu, which are mysterious figures.

The main aim of the players is to earn rewards by battling in Revues. 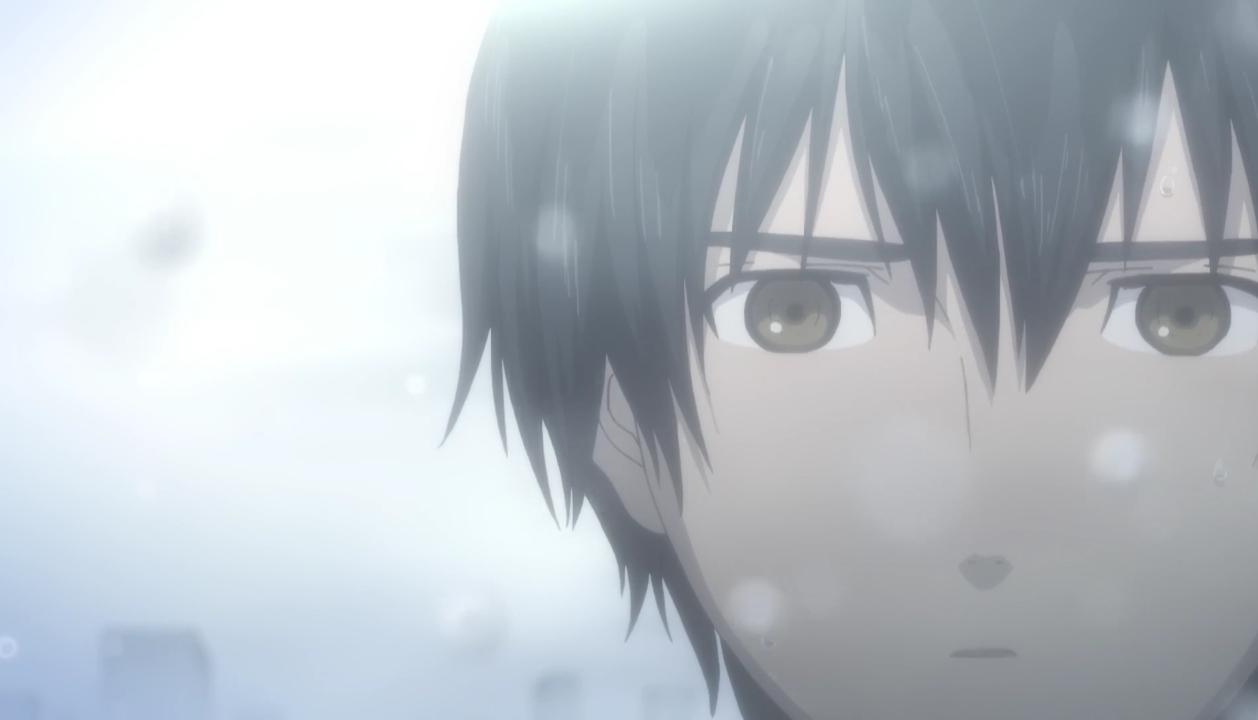 The Steins;Gate anime aired a 24 episode long season in 2011. The anime is well built and has a very interesting plot. The story spotlights three people: Rintarou Okabe; the scientist, Mayuri Shiina; the childhood friend, and Hashida Itaru; The hacker. Rintarou has a passion for inventing new gadgets. The microwave phone remains his best invention. This strange machine converts banana peel into a gel. His invention has no use until one day they realize that the Phone Microwave can send emails to an entirely different time– the past, causing changes in history.

This thriller anime gets more intense as they start changing history as we know it.

The anime has a great concept that is intriguing enough to lure many people to binge this anime.

The Steins;Gate anime is based on the Steins;Gate game, which was launched in 2009. The game was developed by 5pb and Nitroplus. Steins;Gate is a visual novel that is a part of the Science Adventure Series. The characters in the game are Rintarou Okabe, Mayuri Shiina, and Hashira Itaru. The game was released into XBOX 360, PlayStation, Nintendo, WindowsXP etcetera.

This game was released on XBOX and PlayStation. Steins;Gate Elite is completely animated, unlike the previous editions. This game has scenes from the anime and some of its own animated scenes. Like other Science Adventure Series, this too is a visual novel that lets the player make some choices that influence the end of the story.

This was the last Steins;Gate game launched. It was released into PlayStation and XBOX in 2015, after the release of the anime. The story in this visual novel begins after the end of the anime. However, according to the game, the anime had a seemingly tragic ending where Kurisu Makise dies. After many turns of events led by the regret of Rintarou Okabe due to his inability to save Kurisu, Rintarou meets with her colleagues, Alexis and Maho in the university where she worked.

Here, he gets familiar with more advanced technology, an AI called the Amadeus. This AI can replicate a human on the basis of the memories that it is provided with. The plot of the game centers on Rintarou as he acts as a tester for an Amadeus that uses Kurisu’s memories.

Another Steins;Gate game was announced in 2020 and will be launched soon.

The visual novel was launched in 2012. The main characters of this game are Kaito Yashio and Akiho Senomiya. The characters belong to Central Tanegashima High’s Robot Research Club. Yashio and Senomiya need to build a robot that is functional and has a resemblance to Gunvarrel, a robot from an anime in their world. The game features Nae Tennouji, who is now grown up. She is a character from Steins;Gate.

The first edition of Chaos;Child was launched in 2008. The story centers around Takumi Nishijou. When a serial murder case runs terror through Shibuya, unfortunate Nishijou gets involved in it.

The second Chaos;Child game was launched in 2014. This game has the same theme but a different protagonist. The game is set in the same universe. The game proceeds with Takuru Miyashiro of Hehiko Academy. Miyashiro is the president of the newspaper club. As he finds the case of the serial murder case that took place in Shibuya years ago, he is quite intrigued as he decides to solve the mystery.

The game is set a year and a half after the events of the first game. Robotics;Notes DaSH features another character from Steins;Gate. This time, the new protagonist of the visual game is Hashida Itaru, the perverted hacker.