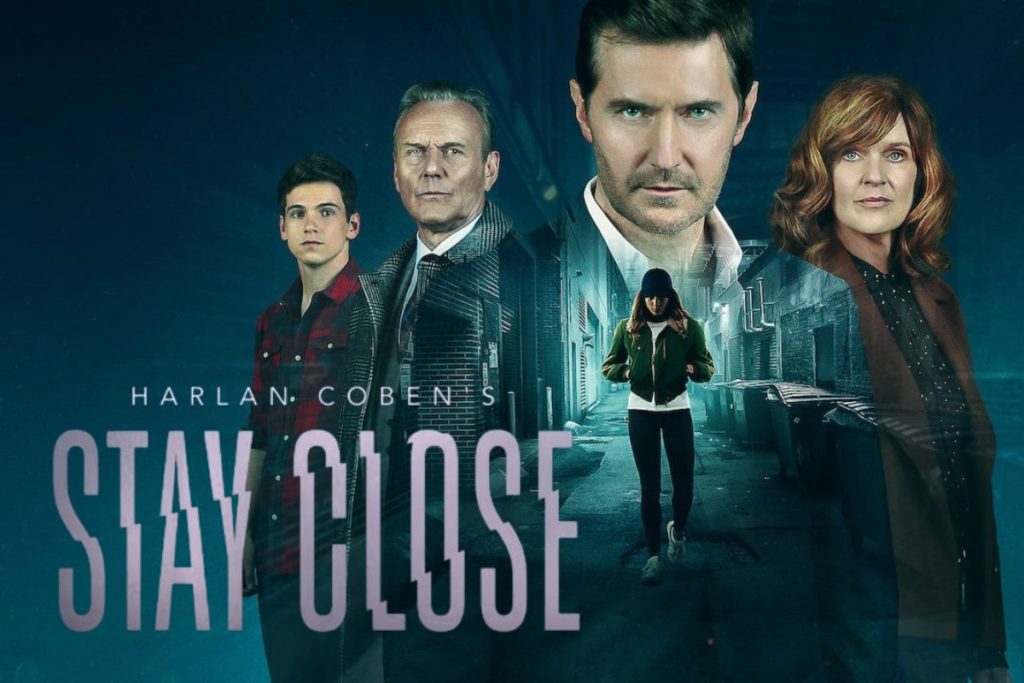 The famous miniseries, Stay Close topped the popularity list just after its release. Many people found it interesting because of the fantastic storyline So many lines intersected each other and formed the point. The ending of Stay Close is, however, explained here. This series was released on Netflix, and within the blink of an eye, it reached the top ten category. The whole drama consists of loads of suspense and secrets. All four characters were living separately at the beginning of the series. Then with the disappearance of Carlton, the twist begins.

The crime drama miniseries, Stay Close, has the tagline “Everybody has Secrets,” which itself depicts it all. The thrill and mystery of the series are finally uncovered as the season completes. It contains a lot of secrets to be revealed as the story comes to an end. For the unpredictable end, the writer really deserves appreciation. The storyline was extremely mind-blowing.

The Stay Close series consists of three people who are living comfortably, concealing their hard dark secrets, which even their closest people cannot suspect. The three people include Megan, a working mother; Ray, once a photographer now stuck working for celebrities pandering their rich kids; and Broome, a detective revolving around a missing person’s case and unable to solve it. Meanwhile, Megan’s old friend disrupts the story by sharing incredible news, which affects all three. It threatens their lives as well as their close ones’ lives. Further, the story is about how the haunted time comes to an end.

Broome was investigating the case of Carlton and found that on the same carnival night a few years ago, Stewart died. All the photographs were clicked every time after the murder by Ray’s camera. Later on, it gets revealed that Megan was a dancer in the bar where the carnival party happened, with another name (Cassie) years back, and Ray was her lover, and the man who died years ago used to trouble her. When she saw his dead body, she changed her identity, married Dave and had three children. Megan’s daughter Kayleigh was also seen with Carlton.

Also Read: Behind Her Eyes: Ending Explained & The Twist

All the three get stuck in the case of Carlton, but in the end, it gets disclosed that the culprit was Lorraine. Lorraine accepts that she used to kill one person every carnival night who used to stalk and trouble any girl. She had kept all the bodies in a place but didn’t know where did Carlton’s body disappear. Her husband used to harass her, and thus she killed him as well, and she was counting the last days of her life as she had cancer. Broome used to love her and promised her he would stay with her in the last stage of her life at the jail. Stewart’s body was dumped by Ray to save Megan as he thought that she had killed him.

When Kayleigh saw Carlton’s dead body on the carnival night, she got scared and ran, keeping the dead body in the car. In her route, the car stopped working. She had to call her dad, Dave, asking him for help who came to the aid shortly. Dave didn’t know about the body in the car but saw in the news that it was Carlton’s car. He then dumped the whole can in the lake as he thought that otherwise, his daughter would come under suspicion. Now, this secret stays with Kayleigh, Dave, and Megan.

Stay Close is based on the 2012 novel of the same title by Harlan Coben. It is a British mystery and crime drama miniseries mainly known for its thrill. It comprised eight episodes and was released on 31st December 2021 on the official site of Netflix. The production company involved in the series is the Red Production company.

Will there be Stay Close Season 2?

Through the ending of Stay Close, we cannot predict this. The series has attained a high level of success, due to which it is possible that there will be season 2 of Stay Close. Bethany Antonia said that there could be another season as there is a scope for another story, but it might take a significant time jump. Richard Armitage has also given a hint by saying the ending does pave the way for a possible second season. It may come back to haunt us with its dark twists again. If it gets renewed, it will probably come back in 2023.