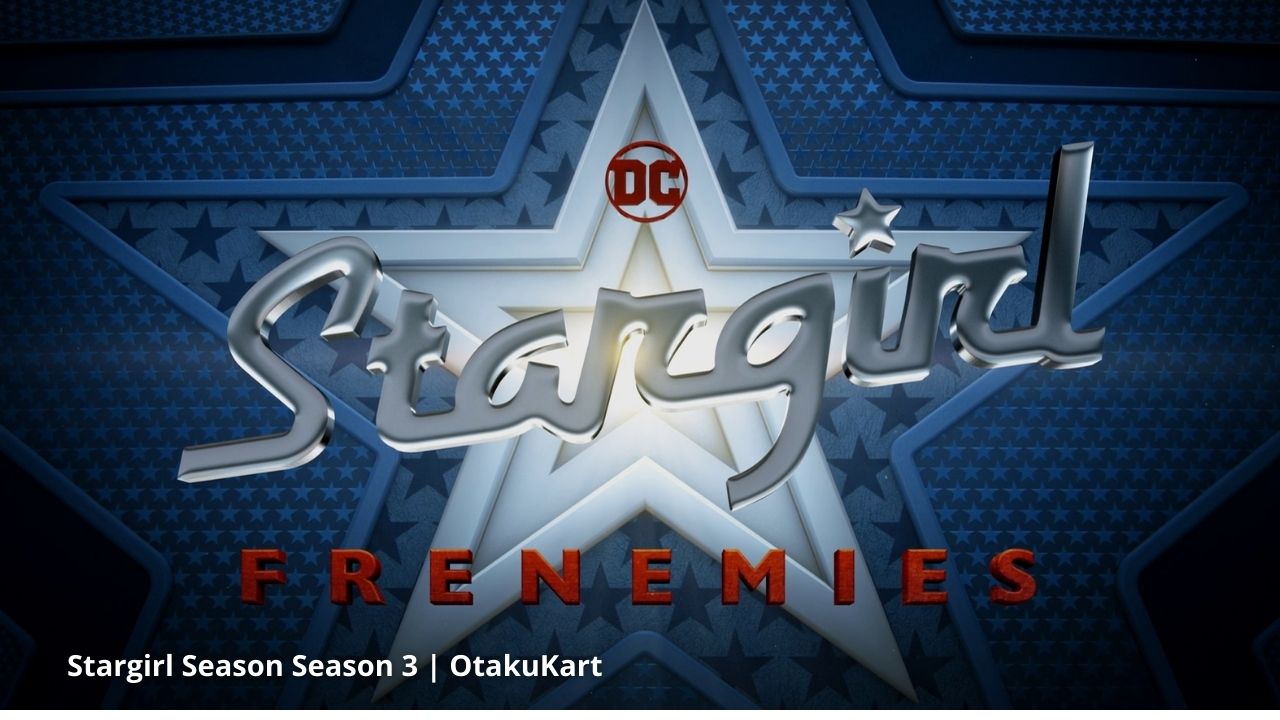 From Stargirl Season 2 Finale Featuring The Title For Season 3

Stargirl recently wrapped up its second season titled “Summer School” with Eclipso’s defeat. Well, it wasn’t easy as the entire season was tense. The dark clouds haunted the town of Blue Valley. That too at the time of Summer. Now that those clouds are out and the team is back together. That too, with some faces returning while some new faces are joining in. We wonder how Stargirl and JSA would like as they continue to guard the world if another season is happening. So here we are taking a look at Stargirl Season 3, its renewal, release date, and everything we know so far about it.

So to determine the same, we would look at if The CW is interested in renewing Stargirl for a third season or not. If yes, when can we expect it? Then look at everything that went down previously on the show. Right from Cindy’s drama and battle with JSA to Eclipso breaking free to JSA’s past to them coming together. Then dive deep into what the Season 3 of Stargirl could be all about. So with no further adieu, let’s turn the time to look at the second season of the show first.

Stargirl Season 2: Summer School was all about Eclipso’s return to the human world. Thus to continue what he left off the last time he was here. It all began with Shade luring into the town after a long time, looking for what he calls black diamond. The same black diamond was in possession of Cindy Burman. She, along with her new band of supervillains, was looking for revenge as JSA got her parents imprisoned. Eclipso was using her, but Cindy didn’t realize the same.

So when Cindy’s Injustice Unlimited and Stargirl’s new JSA went to war at school, Cindy decided to use the diamond. In turn, she accidentally set Eclipso free. He managed to eliminate Cindy and one of the Injustice Unlimited. Stargirl and Shade tried to fight back but failed. Shade got injured while Stargirl got her staff broken. Following the same, Eclipso began breaking down the team of JSA one by one as they were the only threat in his plan.

It began with Yolanda, who couldn’t forget that she was the only hero who killed someone. Then Rick accidentally went on to beat someone he thought was Grundy. Believing Grundy is evil but actually is not. Only Beth, with the help of Dr. Mid-nite through her special glasses, managed to identify Eclipso. Thus she didn’t give in to his tricks. Apart from that, even Courtney’s family fought back against this evil. But one secret broke their family apart.

So back in the day, when the first time Eclipso appeared, he killed Dr.McNider’s daughter. The family of every JSA member was at risk. Shade suggested the only way to kill Eclipso is by killing the host. JSA did the same in order to save their family and world. They killed an innocent life for that, and they couldn’t live with it. Piece by piece, the team broke and never came back together.

JSA killing someone was one secret that Pat and Barabara kept away from Courtney. This broke her. Thus the family was at a crossroads, but they still needed to kill Eclipso. On Shade’s suggestion, they tried to use Jennie’s ring to destroy the black diamond, only to summon him again. This time Eclipso took Courtney away. Everyone believed she was dead, but no, she came to Shadowlands.

So, Shadowlands was a place full of Fear, Rage, and Guilt. The place where Eclipso was born, and Shade’s powers come from. The only way Courtney could leave was with the help of Shade. Luckily, she found Dr. McNider in Shadowlands as well, who was trapped here for years. Ever since the JSA defeated Eclipso the first time around.

Dr. McNider made a contact with Beth using his glasses. Pat and Barabara tracked an injured Shade down. Shade agreed to help with the limited power he had. Courtney also went on to rescue Cindy before Shade’s portal closed in. Shade gave his life in doing so. Courtney, almost dying brought the team together.  Everyone agreed to a final battle. Yolanda joined, Pat got Rick out, and Mike went looking for Thunderbolt to come across his new master Jakeem.

Also Read: DC Peacemaker – Everything We Know About Him

Towards the ending of Stargirl Season 2, the team was all set to battle Eclipso. Beth and Dr. McNider managed to track the creature down. They called for backup upon seeing him. The only problem was, Eclipso wanted this. He wanted all of them to come here. Eclipso’s mission was to unite Shadowlands and Human World. He already had his darkness, he wanted the light from one of them.

Stargirl, Wildcat, Pat, and Cindy came together to stop Eclipso. He gave everyone a tough time by showing them the one thing they were afraid of. As this went on, he tried to enjoy the portal of Shadowlands opening. That was until Mike, with a repaired STRIPE and Jakeem with Thunderbolt, barged in to attack him. Followed by Rick and Solomon Grundy, with Grundy sacrificing his life in the fight.

Shade made his surprise return to rescue Beth and Dr. McNider. When everything was against him, Eclipso used Pat as leverage to bring the hate of Stargirl out and take over her body. He succeeded, but Stargirl’s friends, a surprise return of Starman, and lastly, her bright side got the Eclipso inside of her out. Lastly, Cindy’s parents returned to take Eclispso down. With Jennie’s Green Lantern ring, Stargirl and Starman’s Staff, and Thunderbolt’s lightning thrown at Eclipso altogether, Eclipso died.

The episode came to a close, with everything back to normal. Summer wasn’t clouded from Eclipso’s wrath anymore. There were mysteries around, but they will come to conclusion in Season 3 of Stargirl. Season 2 closed with a post-credit scene featuring Bones.

Stargirl Season 3 is expected to release in 2022. An exact release date is yet to be announced by The CW, but yes, the network has renewed the show. On our side, we are expecting mid-2022 to be the time where the third season of Stargirl could debut. This comes from the fact that Stargirl Season 1 and 2 almost fall somewhere the same between May to August.

Stargirl Season 3 will be airing on The CW, but the exact time won’t be revealed until the release date is confirmed. The third season could continue on Stargirl’s original time of 8 pm ET. If not, and The CW has another show in mind, it could end up replacing Supergirl’s hour at 9 pm ET as that show has come to a wrap.

Apart from the usual TV airings, Stargirl Season 3 would be available to stream online on The CW app once episodes finish airing. You can go ahead to stream the rest of the seasons on the same platform. Similarly, for the international audience, video-on-demand services of Amazon Prime Video, VUDU, iTunes, Microsoft, Google Play Movies, and TV and YouTube TV could continue to offer Stargirl Season 3.

Other than that, Stargirl’s first season is available on HBO Max to stream, and a season 2 could soon follow in as it’s finished airing. The third season could show up on HBO Max after its original run as well.

Stargirl Season 3 Plot – What Could Be About?

The ending of the second season went on to reveal a lot about Stargirl and what its Season 3 could be about. For starters, it is titled Frenemies. So from what we saw in Season 2’s end, Courtney has new neighbors. Yolanda has joined the team again. Furthermore, it’s bigger than ever with Jakeem, Mike, and Cindy joining in. Therefore, the team will continue to keep a watch on the coming threats to the town.

Talking about threats, well, we have Bones, who will be the main villain of Stargirl’s third season. Bones came inf after he found out about Jennie, who was looking for her missing brother Todd Rice. Followed by Courtney and Pat, who wanted Jennie’s help to destroy the black diamond in Season 2. They all came to the Helix Institue Of Youth Rehabilitation. Bones acknowledge the town these superheroes came from. He was quite interested when he realized that superheroes and supervillains were living side-by-side in this small town of Nebraska. He called this an experiment wanting to take a trip there.

Then we also had a surprise return of Starman, aka Sylvester Pemberton. Everyone assumed he was dead. But he wasn’t and came back when the new JSA needed some push. He has a lot of explaining to do, and we wonder where he was all these years. If we are lucky, we may hear from Dr. McNider again, too, as he looks forward to reuniting with his wife as we saw in the Season 2 finale.

Apart from Bones being the centerpiece of the Stargirl Season 3, we may also look at some other minor plots. For example, Rick’s attempt to revive Grundy after he died at the hands of Eclipso. Shade gave him a solution to bring him back at the end of Season 2. Then Cindy, who is looking for a second chance by joining JSA. How will she fit in people she hated once? Lastly, Mike and Jakeem’s own alliance as STRIPE and the master of Thunderbolt. All in Stargirl Season 3.

At this point, we are expecting most of the Stargirl cast to return for a third season. So Brec Bassinger as Courtney Whitmore, aka Stargirl, is definitely returning to take the lead. Joining her would be Yvette Monreal as Yolanda Montez aka Wildcat II, Anjelika Washington as Beth Chapel aka Doctor Mid-Nite II, Cameron Gellman as Rick Tyler aka Hourman II, Luke Wilson as Pat Dugan, Trae Romano as Mike Dugan, and Amy Smart as Barbara Whitmore.

We may also have Meg DeLacy as Cindy Burman, aka Shiv, Ysa Penarejo as Jennie-Lynn Scott, and a new member who could become regular in the form of Alkoya Brunson as Jakeem Williams, aka Jakeem Thunder. We may continue to have Joel McHale as Sylvester Pemberton / Starman joining as one of the main cast members. Lastly, let’s not forget the most important character joining the show. The main villain is Mister Bones, who, as of now, is voiced by Keith David.